Emily Beckley ✿ A romantic side of the Torres Strait 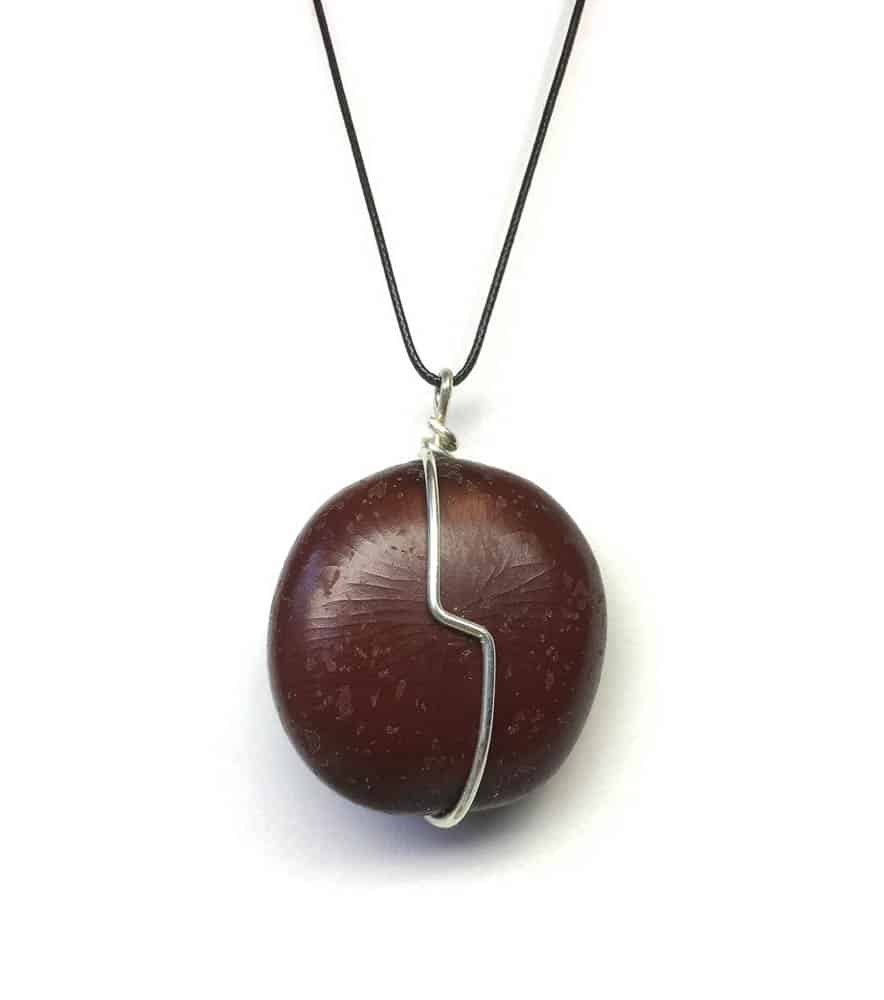 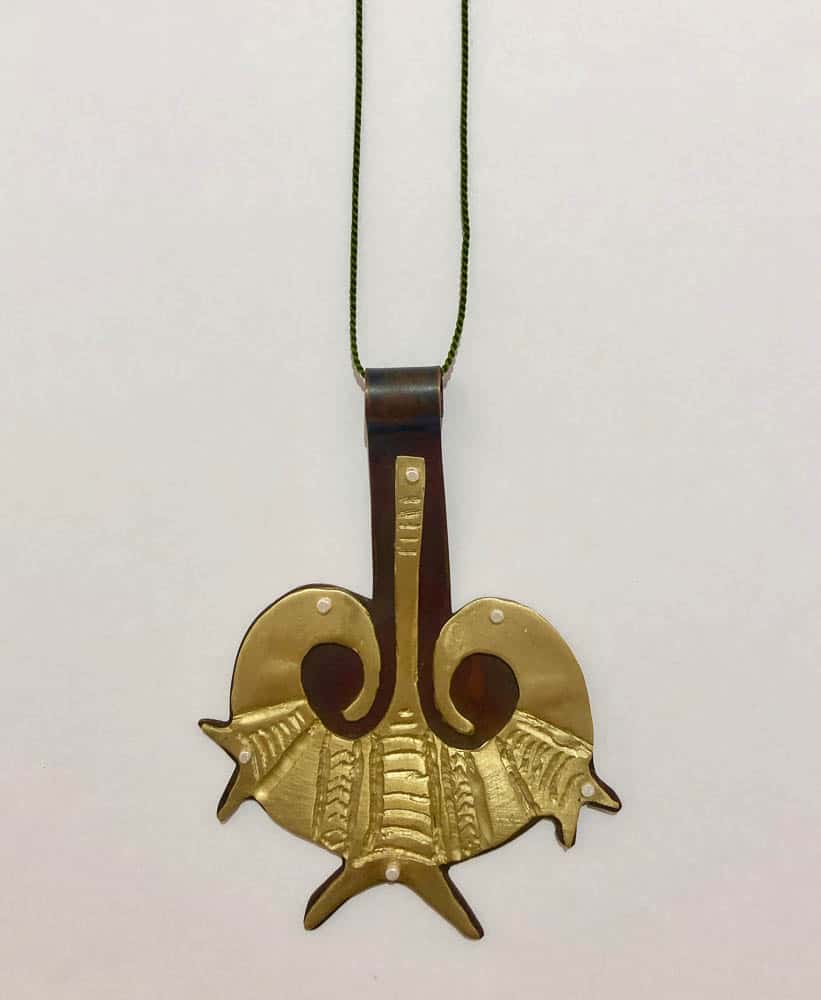 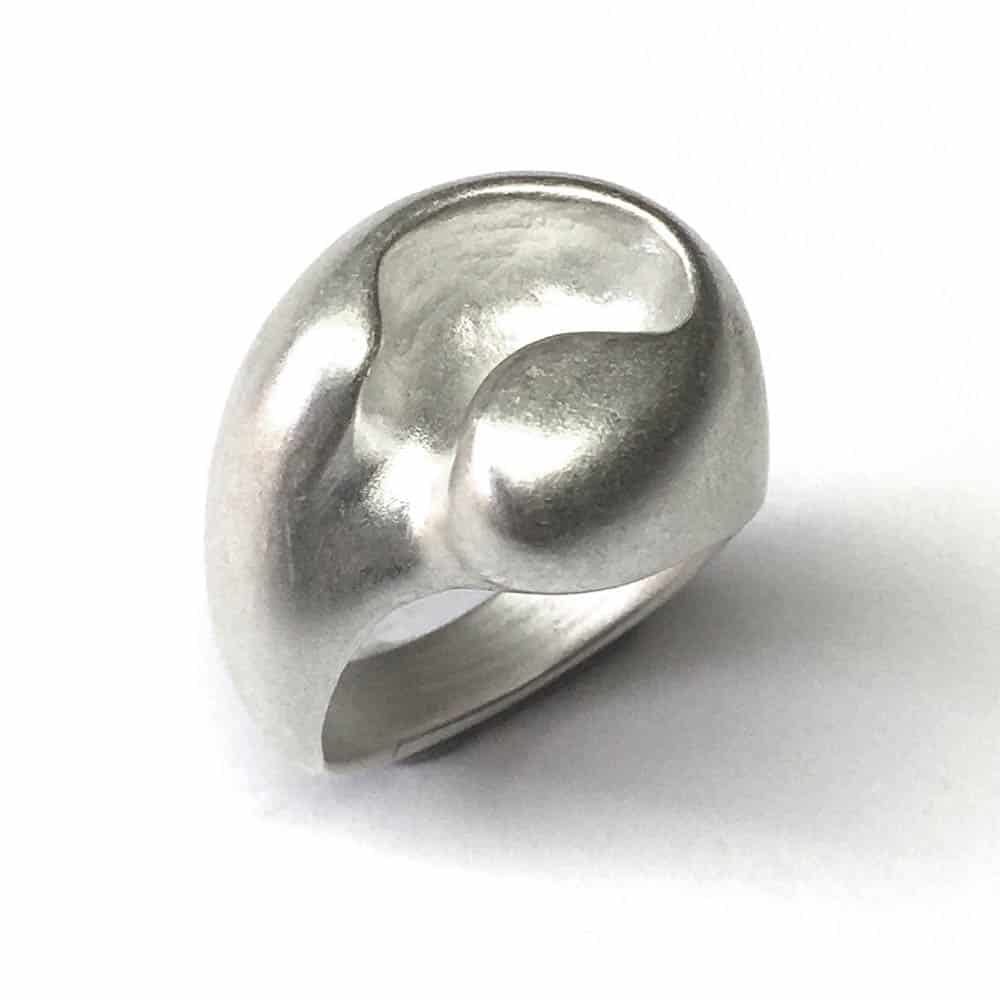 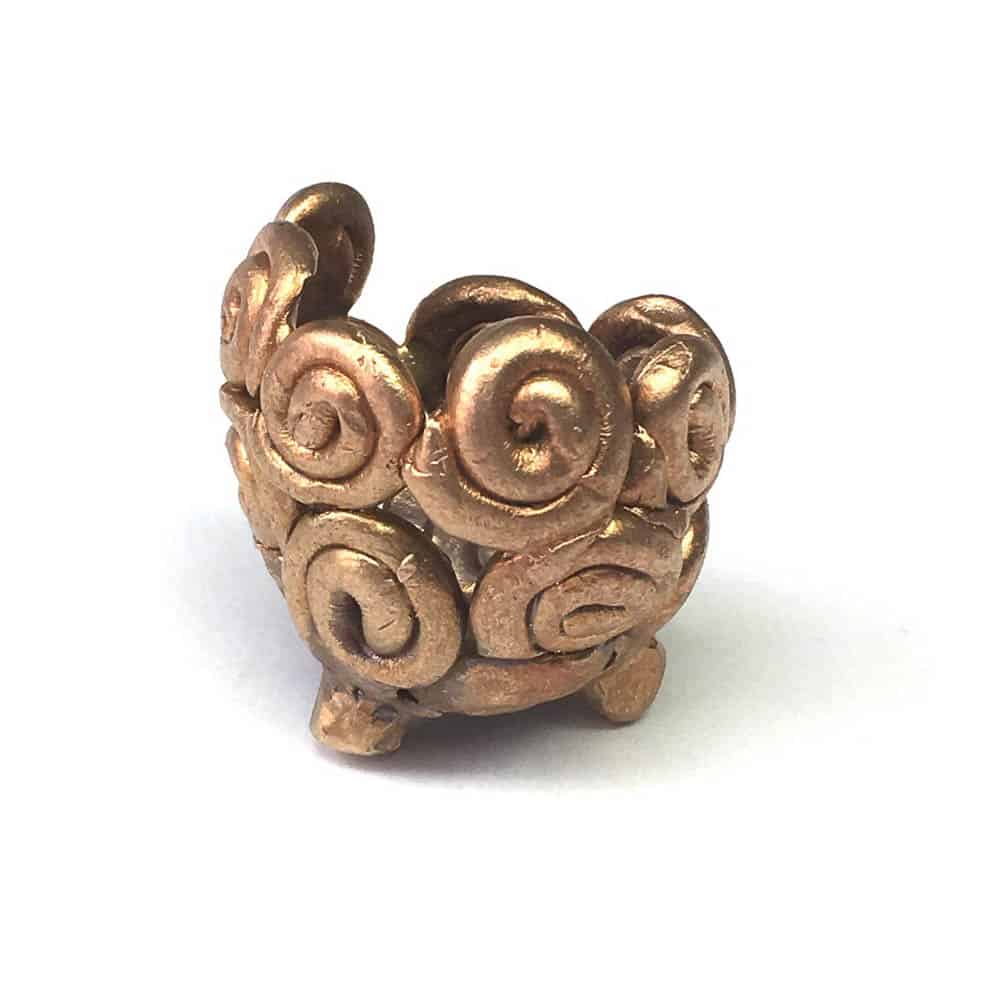 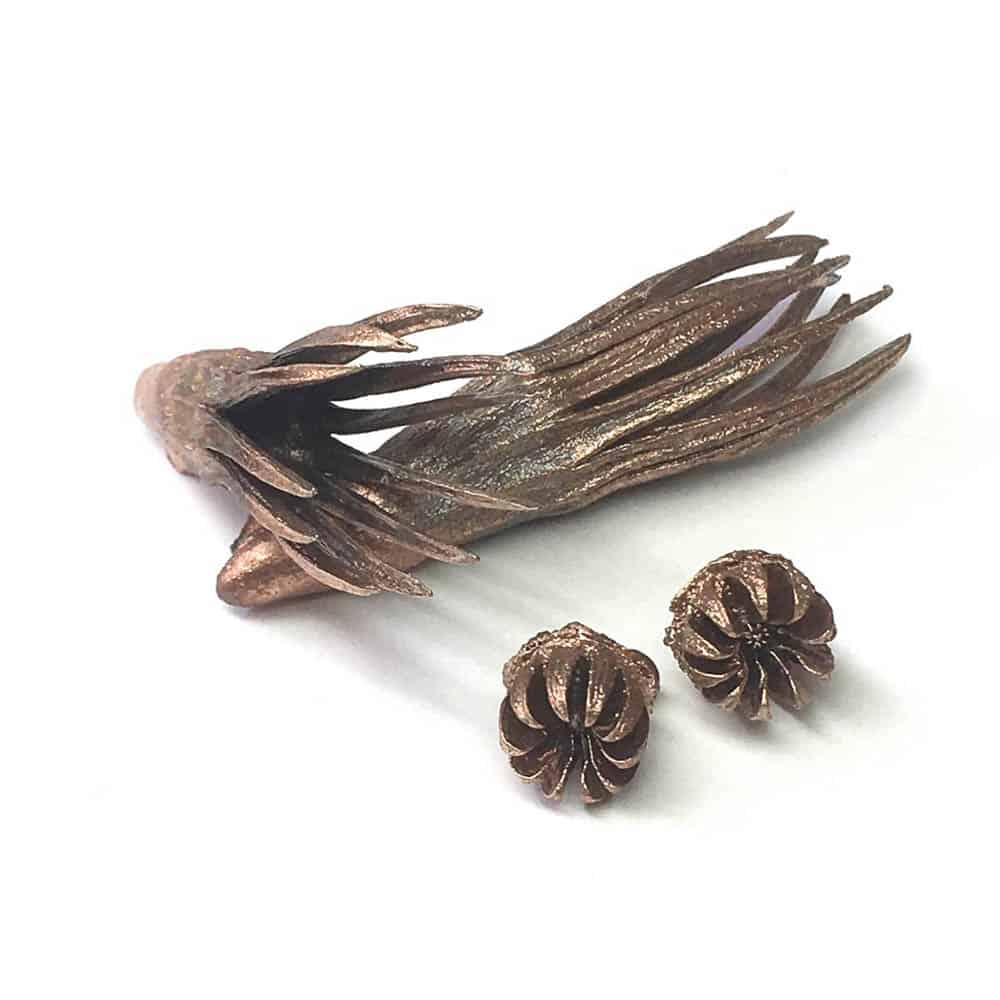 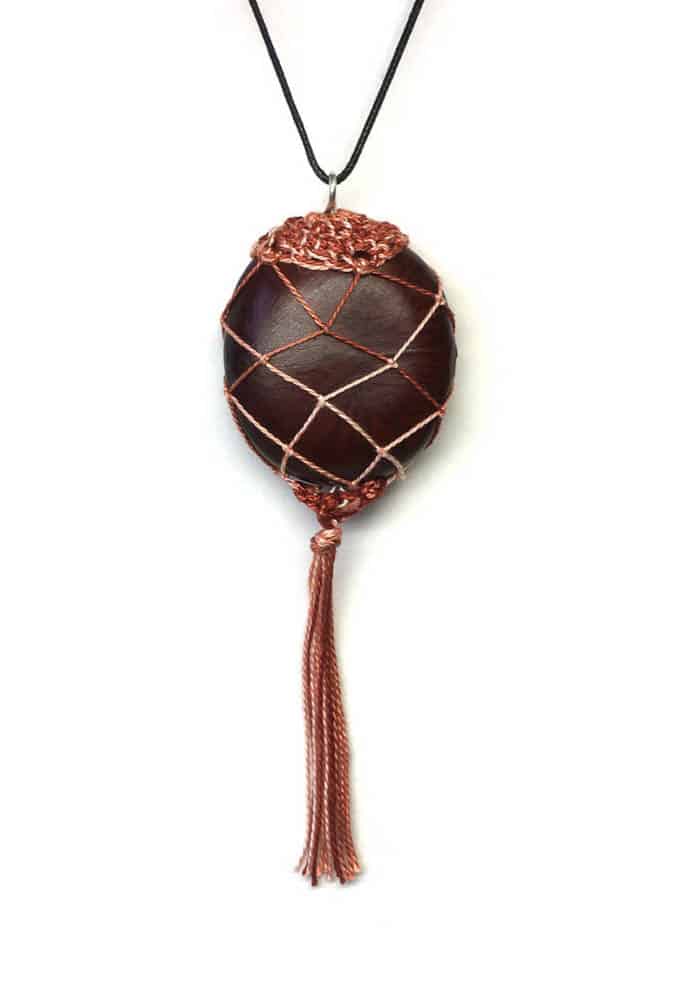 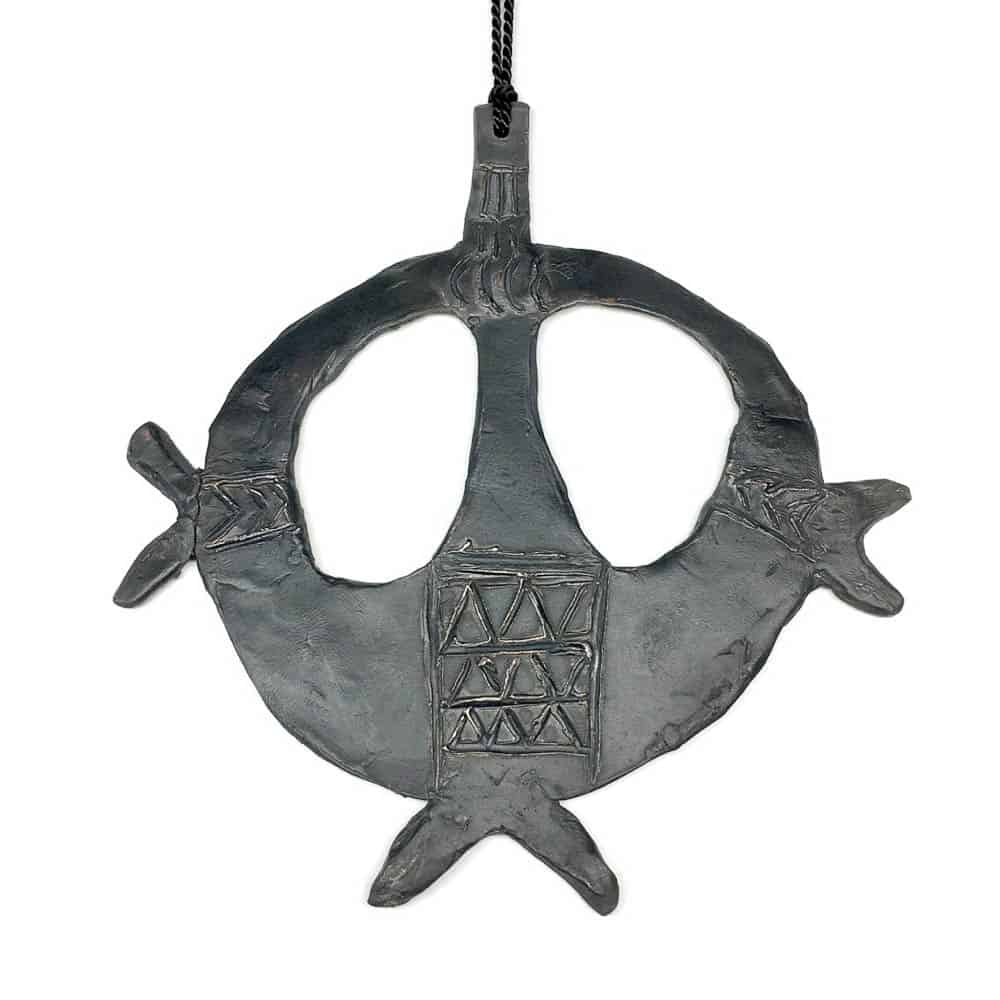 The Garland journey has coincided with the evolution of the Indigenous Jewellery Project. We’ve featured workshops in Ernabella, Yirrkala and Torres Strait. The critical next step is the development of individual careers in jewellery. Emily McCulloch Childs writes about the solo exhibition by Emily Beckley, demonstrating the potential of this important project.

Emily Beckley is an artist based in Horn Island, Torres Strait, Queensland who belongs to the language groups Meriam Mir and Kala Lagaw Ya. A trained painter, Beckley’s work in painting is held in the collection of the National Gallery of Australia and has recently been acquired by UTS, Sydney. Beckley’s art is often concerned with reviving and maintaining cultural practice from her Meriam Mer ancestry. Beckley has drawn on her experiences, stories and history of her culture from her parents from the Meriam – Samsep of Mer and Panai of Mabuiag to create works in metal as a way to connect the past to the future. These works were created in two workshops held by The Indigenous Jewellery Project during 2018.

Strong interest in her work on the Haddon Bridal Pendants led to her being interviewed by the ABC TV News who ran a feature on her work, wherein Beckley stated that whilst the Torres Strait Islander art movement was famed for its warrior subject matter, her work was primarily concerned with showing a “softer, more romantic” side of her culture. The sabagorar pendant was originally carved as a bride’s pendant from a turtle shell and was part of the many items that was collected by Alfred C Haddon in 1898 during The Recording of the Cambridge Anthropological Expedition to Torres Straits. It is held in the collection of the British Museum. It has been approximately 120 years since this pendant was taken from Mer (Murray Island), Torres Strait, and decades since these pendants have been created. The recreation of this pendant in the contemporary era links the past to the present, which is of vital importance. This is done in order to revitalise an art practice in metal jewellery, which brings life to the beauty of a hidden treasure of Torres Strait art.

Working with The Indigenous Jewellery Project Beckley has participated in several group exhibitions, including the major survey show of Indigenous jewellery held at Aboriginal Bush Traders in Darwin, ‘Bush Bling’. Her work in metal as a contemporary jeweller has led to her being invited to undertake a further solo exhibition at a state public craft gallery, Artisan in Brisbane, the state gallery of craft in Queensland, to be held in September 2019, and to being accepted (along with three other IJP projects), into Radiant Pavillion 2019, the largest biennale of Contemporary Jewellery in the Southern Hemisphere, Melbourne, Sept. 2019. 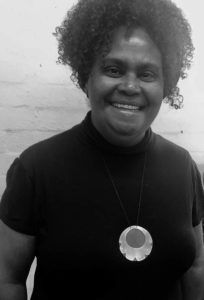