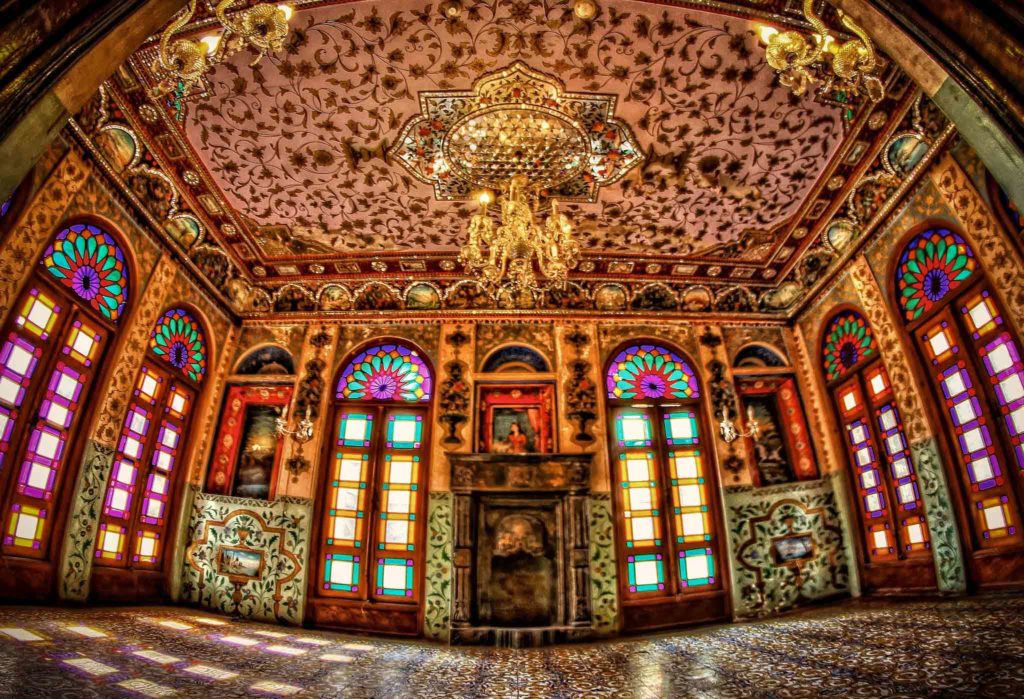 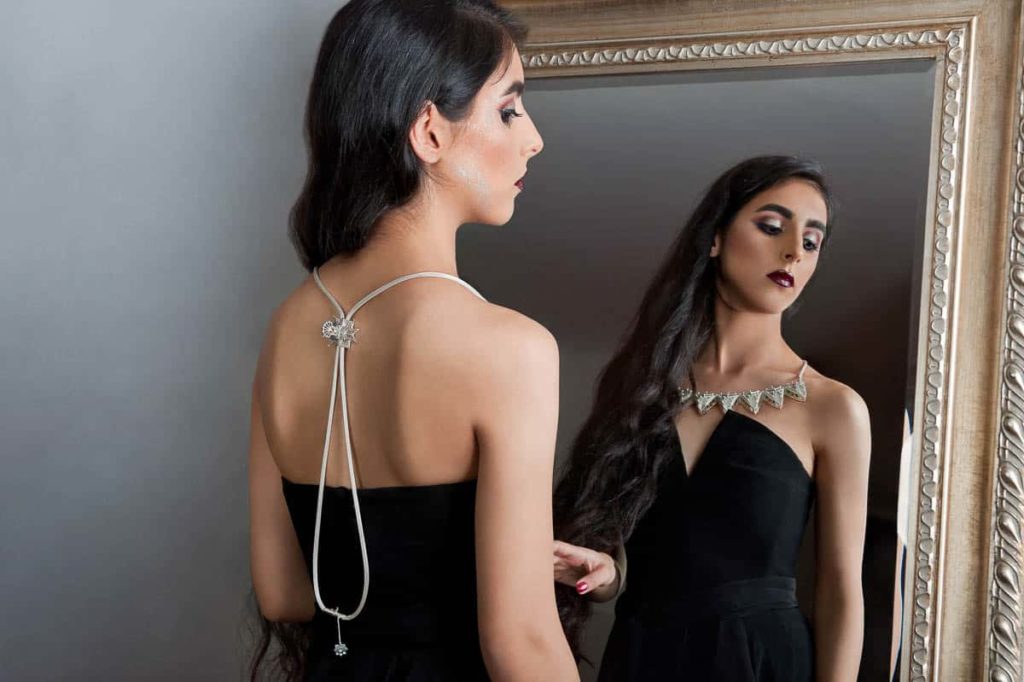 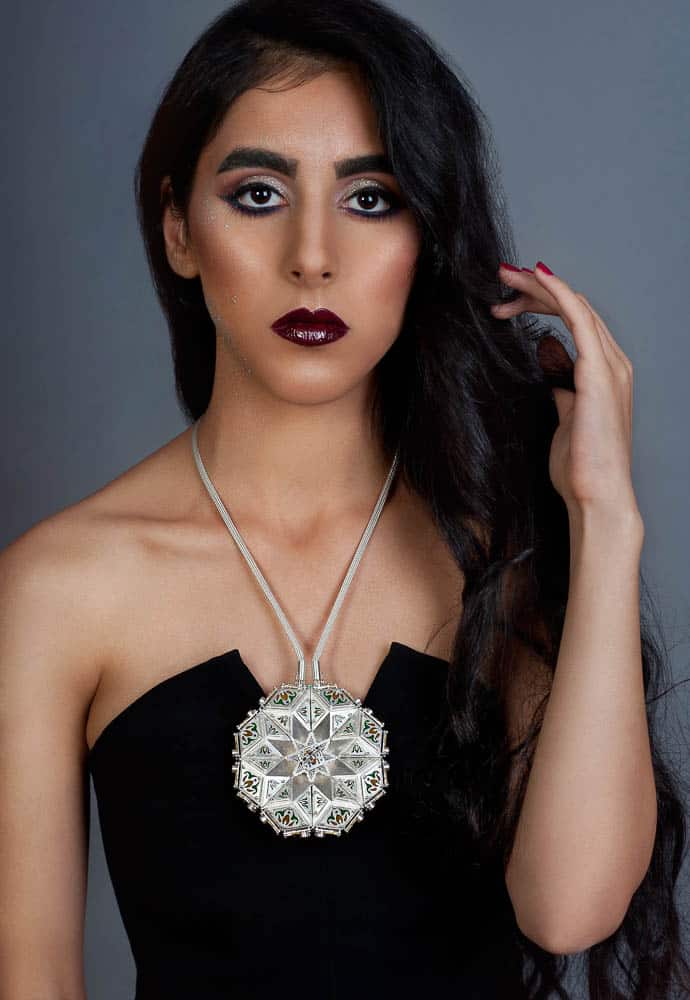 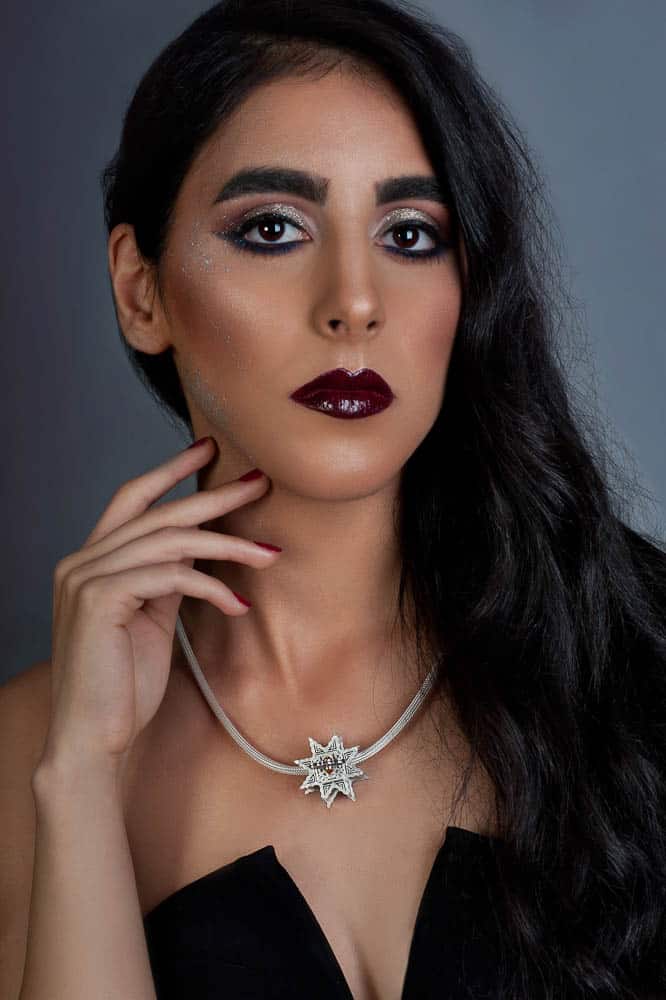 Mehrnoosh Ganji was our garlandee for the Persian Prospect issue. Sanaz Fatouhi wrote a beautiful essay about the layers of Iranian identity that are captured in her stunning pieces.

Here Mark Newbound records the artist her self as she delicately dis-assembles and re-assembles her new work, Golestan Palace.

“At some point during filming, Mehrnoosh pointed out that the coloured transparent parts of the jewellery were like stained glass windows, and that we should capture them illuminated from behind. We tried this and that, but it was a hard shot to get. In the end, by chance, I found a spot on the table where light from the window hit from an angle that worked well enough.

“The challenge filming ‘Golestan Palace’ was to do the piece justice. In the past, I had only filmed objects being made from start to finish, so the value of the craftsmanship and the final work had unfolded naturally. We started filming this in Mehrnoosh’s orderly section of the big communal studio, but the light was poor so we moved to an empty room at the front of the building. We filmed the stages of the jewellery a few times from different angles. I did my best to cover the precision of the interlocking parts. I suppose the principal thing is to understand an object well enough to represent it properly. It would have been nice to film it being made, but that would have been a pretty epic process.”