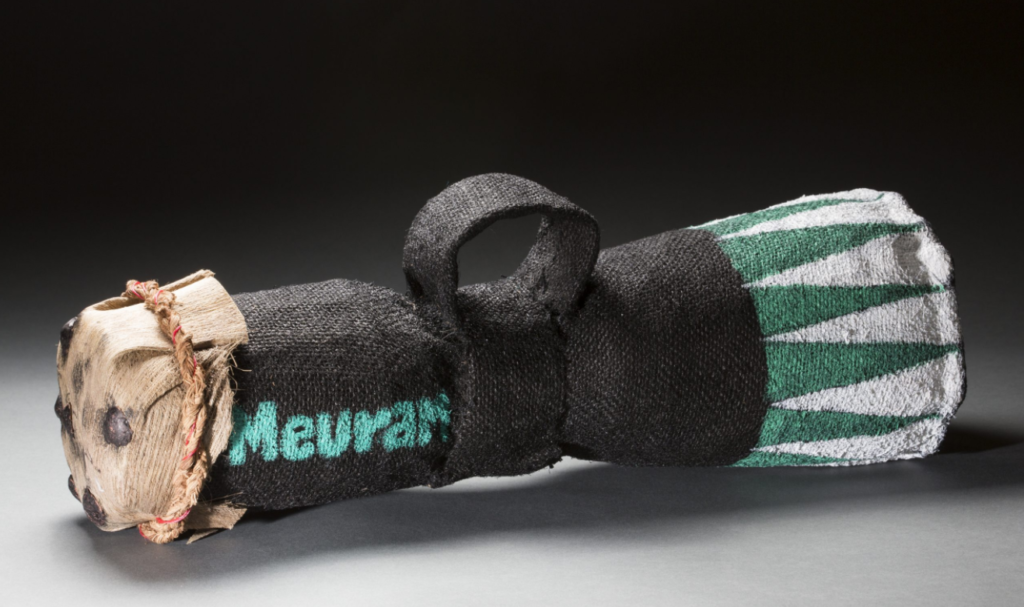 Our September laurel goes to Torres Strait islander, Maryann Sebasio, who has produced a handsome warup wooden drum that accompanies ceremony and song in her island of Erub.

I am from the Meuram tribe and my totems are Gainau and Nam. I have always enjoyed making things with my hands and have always crocheted and sewed, I want to make things that represent myself, my family and surroundings. I am presently enjoying weaving and making ghost net bags.

I make art to share the stories told to me by my mother, about family and lifestyle in the before days, when life was different from today. My artwork tells the stories of Erub Island, my home and the home of my ancestors.

The works I create represent my ancestors and my culture, and incorporate materials from the environment on Erub Island that I have collected, like seeds, shells, and ghost nets that have washed up on the shore.

I started making sculptures and artwork from ghost net in 2009, after a workshop at the art centre on Erub Island (Erub Erwer Meta). The nets are derelict fishing nets that drift aimlessly at sea, destroying our marine life and tangling themselves in reefs and boat propellers. We recycle these nets, incorporating other flotsam and making products for enjoyment and use.

My works have been exhibited all over Australia, including at Gab Titui, at art fairs in Darwin and Cairns, and in Canberra. I also enjoy teaching others how to make artwork out of ghost net, through workshops and festivals. 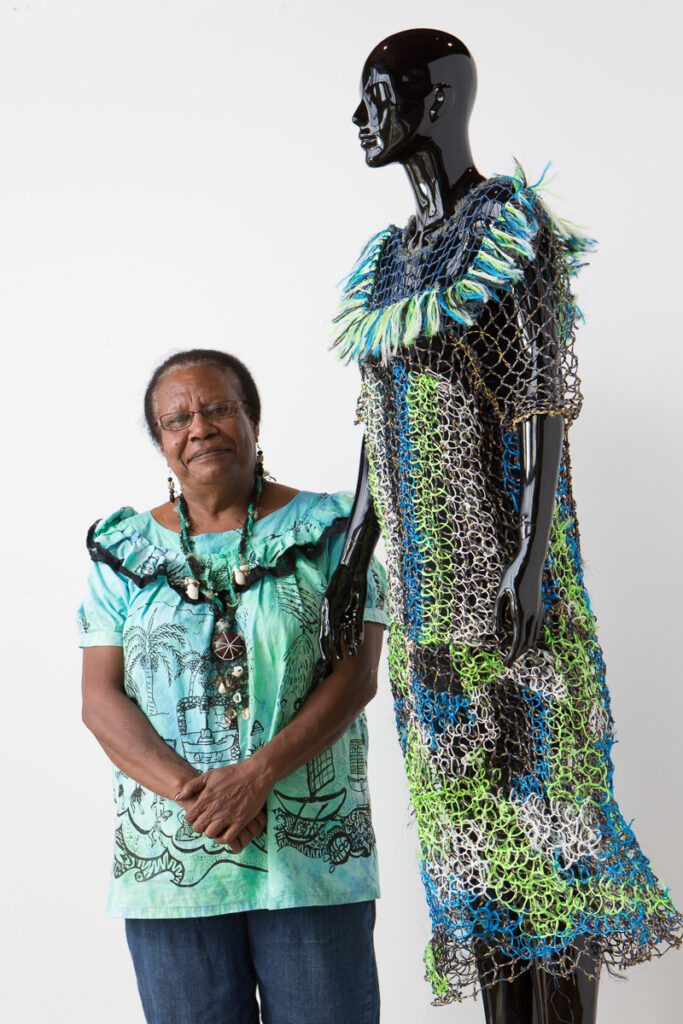 Warup originated in the PNG highlands and entered Ged Kaurgiz (Torres Strait) and Adai (Cape York Peninsula) through trade in the 1800s.

The word warup means “patterned tail end”, hence we see mostly tereg waar meaning “diamonds” and other similar designs painted there.  The warup has a carrying handle called epi by my Erubam people.  My cousin sister is named Epi.

No traditional dancing or church hymn will be strong unless a warup is beaten to coincide with the strong singing.  I have named my warup after my Meuram tribe of Erub.

The original drums used by the Torres Strait Islander people were called boroboro in the east and burubur in the central and western islands.  These drums have a gaping bird or shark-like mouth, and less or no decorative patterns on the tail end.  Boroboro also have no carry handle and must be customarily carried by embracing it against one’s body to know your gemlag or body odour as the ancestors believed the drums were living instruments called zogo.