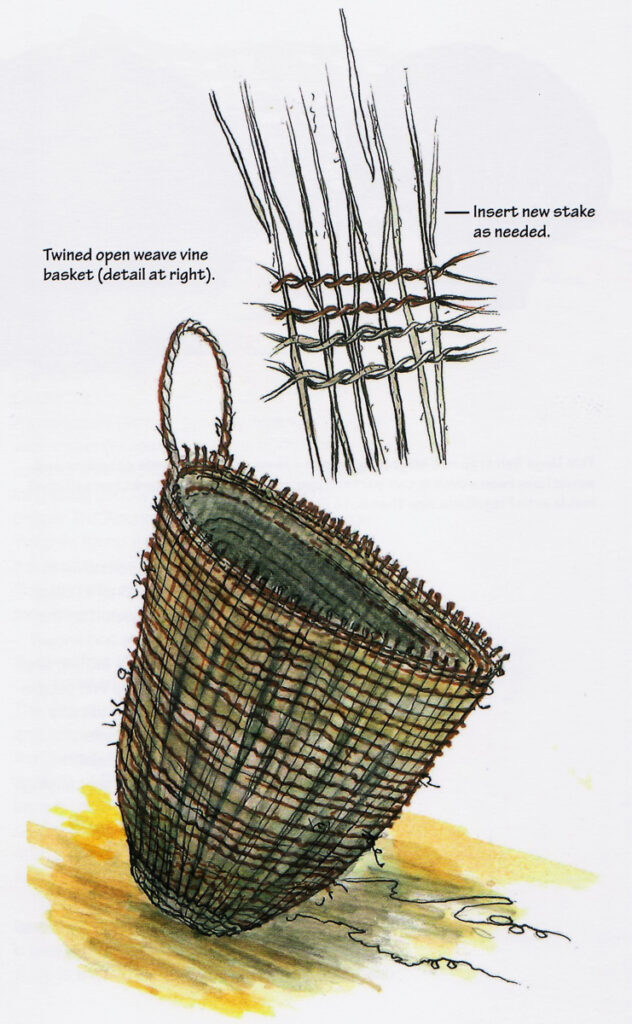 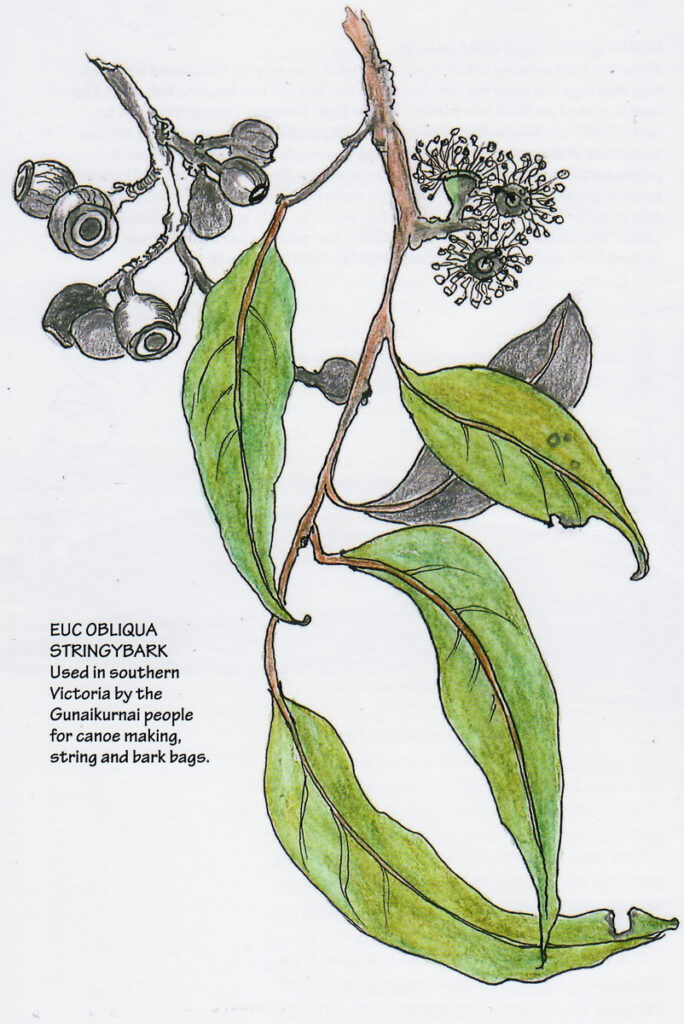 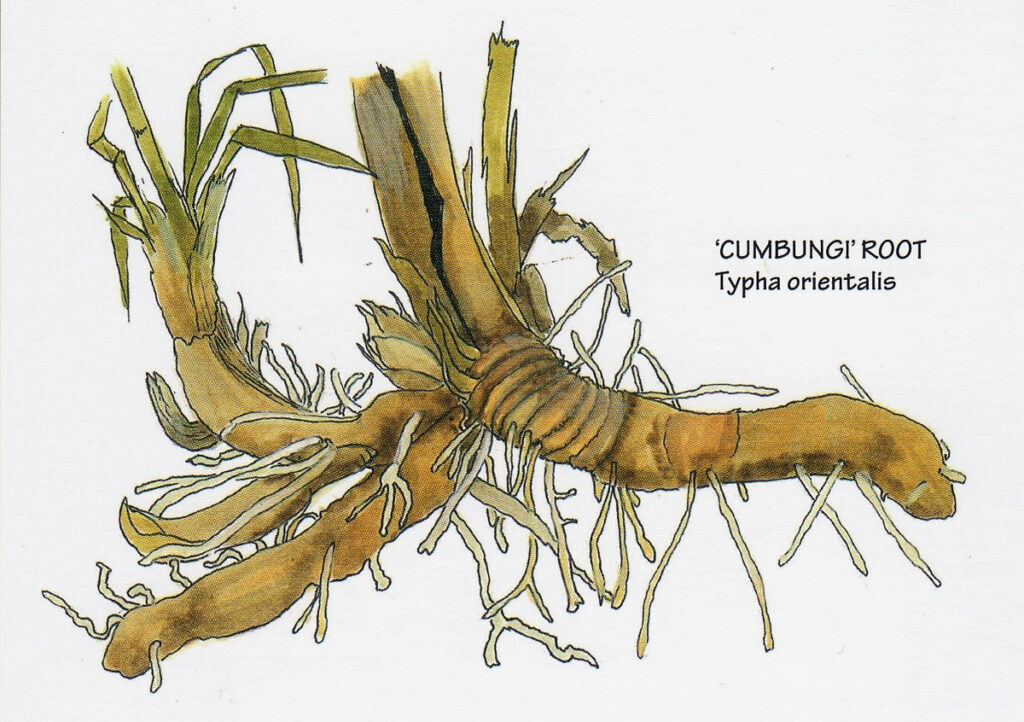 Pat Dale’s new book reflects on the heritage of fibre knowledge in Australia.

I am the author of two books to do with plant fibre, the first being about plants that are available in Australia and can be grown, collected and suitable for basketry, also includes illustrations and techniques this is Basketry and Weaving with Natural Materials published by Kangaroo Press 1998. The most recent one is Australian Plants and Fibres as Used by First Nations People published 2021 in Australia. This book is illustrated by me and lists bark fibre plants describing the ways bark and other fibres found in vines, reeds rushes, stems, grasses and palm fibre were used. I also acknowledge the plants that Aboriginal people used to make dyes, paints, stains, resin, and glues and have the greatest respect for the discoveries they made in order to not only survive but to make a better quality of life for themselves with each new discovery.

I have included stories that are rare to find in explorer’s journals to do with the preparation of plant fibres and the use made of plants such as Bulrush or Cumbungi. I included plants that some early settlers had observed and written down in journals, in particular Peter Beveridge (The Aborigines of Victoria and Riverina as seen by Peter Beveridge 1889) who spent a lot of his young days at (Tyntynder) Swan Hill along the Murray River associating with the Wadi Wadi tribe around 1849. Tom Petrie was to tell his daughter about his life along the Brisbane River with the Turrbal tribe from 1837 as a young boy and of his Aboriginal friends during the early settlement of Brisbane from 1837. She published (Tom Petrie’s Reminiscences of Early Queensland) in 1904, Tom observed the women’s basket making, the plants they used and where they went to collect these fibres. This information is an important part of the lives of the original tribal peoples. It tells us how they survived.

I discovered the joy of weaving with natural plant materials in the 1960s. My teachers were local rural women who were members of the Country Women’s Association in Leongatha, Victoria. We would go out to collect Typha bulrushes, locally called Cumbungi, and reeds which grew in most local farm dams and swamps. I was to learn what to collect, and how dry and prepare this plant material. About six weeks after this outing a rush basketry workshop would be held, and I learnt to weave the rushes over a mould.

I was shown how to twist string from the edges of the Cumbungi rush leaf by a CWA lady Beryl Geary (deceased) and so began my experimenting with barks. During this time it never occurred to me to make string from the Cumbungi root. I was to discover many years later how well the Indigenous Australian Aboriginal had mastered the skill of making a waterproof strong string to make their fishing lines and nets. This is detailed in my book and illustrated with a Cumbungi root, as detailed by Peter Beveridge about 1880. It tells of his time with the Wadi Wadi tribe on the Murray River and his observation of this root fibre being transformed for string making by chewing.

In 1980 I graduated in Visual Arts at Gippsland Monash. I was challenged at the time by plant fibres and trying at the time to use weaving techniques to develop creative forms. In the process, I discovered bark, stripped from fallen Stringybark gums, fallen trees with roots exposed and from plants in my own native plant garden. The inner bark could be peeled from stems and roots and when used fresh and wet. It was very pliable and can be woven and twisted into a string for a handle. A rustic basket could be made by weaving with wide strips and watching how they would twist and roll as the material dried.

Eucalyptus Obliqua, known as Messmate, was used by the Gunaikurnai people of Gippsland who made a course string from the inner layer of bark from this eucalypt. The inner bark was hit with the back of a tomahawk to separate the fibres to be able to spin string for bags that would be knitted on the fingers into a required shape.  Cordage would be made and used to tie off the ends of the bark canoes, make course fishing nets and course string bags also used in initiation ceremonies. The outer bark was folded to make baskets, shelters and canoes. This tree could also be found in NSW, Tas, and SA.

Twined open weave vine baskets could be made from vines and scramblers such as Hardenbergia violacea (Purple Coral-pea) and Pandorea doratoxylon (Wonga vine). A bundle of fresh pliable vine stakes selected for length and reasonably straight would be tied together in the centre, this would be where the weaving starts by selecting a long very pliable length of vine, looped over a small bundle of stakes near the tie. Continuing in this way, gradually opening up the bundles of stakes with the twining technique used to hold the stems together, allowed for expansion of the basket by reducing the bundle until they were only weaving over one or two stakes at a time according to the need. To strengthen the top edge often several tight rows of weaving would be placed close to the rim or top edge. Grasses such as Lomandra would be used also with this technique, it was quick to make when collecting food and a container was needed to wrap food for cooking. This technique was used in numerous areas of Australia whenever there was an available and suitable plant source.

The use of historical sources and several contacts I have had with indigenous women reflects my personal fascination and journey in fibre. I acknowledge that today Aboriginal fibre artists are more visible and provide a living embodiment of this knowledge. 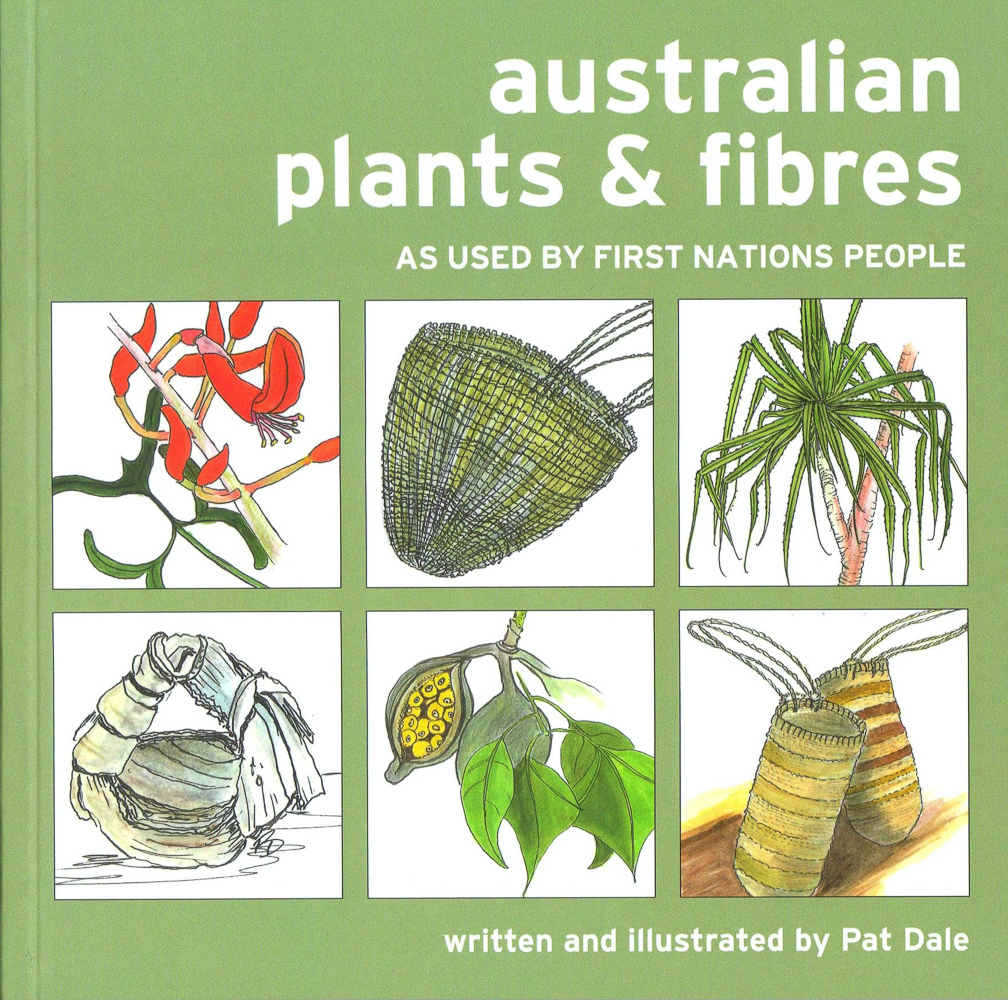 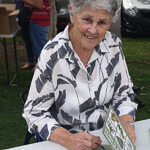 My present activities are leading a South Gippsland Basketry and Fibre group at Leongatha who try to meet monthly. I try to encourage creativity and originality. As most of the group have been meeting now for about eight years, most have achieved a high standard and some exhibit with Basketmakers of Victoria as well as in our own local exhibitions. Our last one was April this year, Birds of  Feather, at  Stockyard Gallery, Foster South Gippsland.  Australian Plants & Fibres as Used by First Nations People is available at www.patdale.id.au. Like facebook.com/patdalenaturalfibreartist