Waking up in Tuva

Michael Cline’s quest for Tuvan throat-singing led him to a culture that is finely tuned to its mountain landscape.

I woke up early around seven and went outside to have a look around. Everyone appeared to still be sleeping so I quietly put on my boots and went out the front door. The yard was fairly large with clumps of grass and weeds growing among patches of dry, hard, dusty soil. There was a raised garden along part of the fence, and also a wooden garage. Piled up neatly in front of the house was carefully split wood for the kitchen stove, which also doubled as the home’s heating supply. It was stacked higher than my head and about two car lengths long. Feeling brave I ventured out onto the dirt street in front of the house to have a better look around and acclimate myself. I hadn’t seen much when we arrived late last night and I was curious to see what a Tuvan village actually looked like.

There weren’t many people out on the dusty street but I can assure you I was the only one in the entire village with round eyes. All of the surrounding houses were of similar construction, all made of wood and all with large, high fences. The dirt road was much wider than in Sean’s neighborhood in Kyzyl. Another difference I noticed was that all of the homes here were single-story and I didn’t see many variations in design. 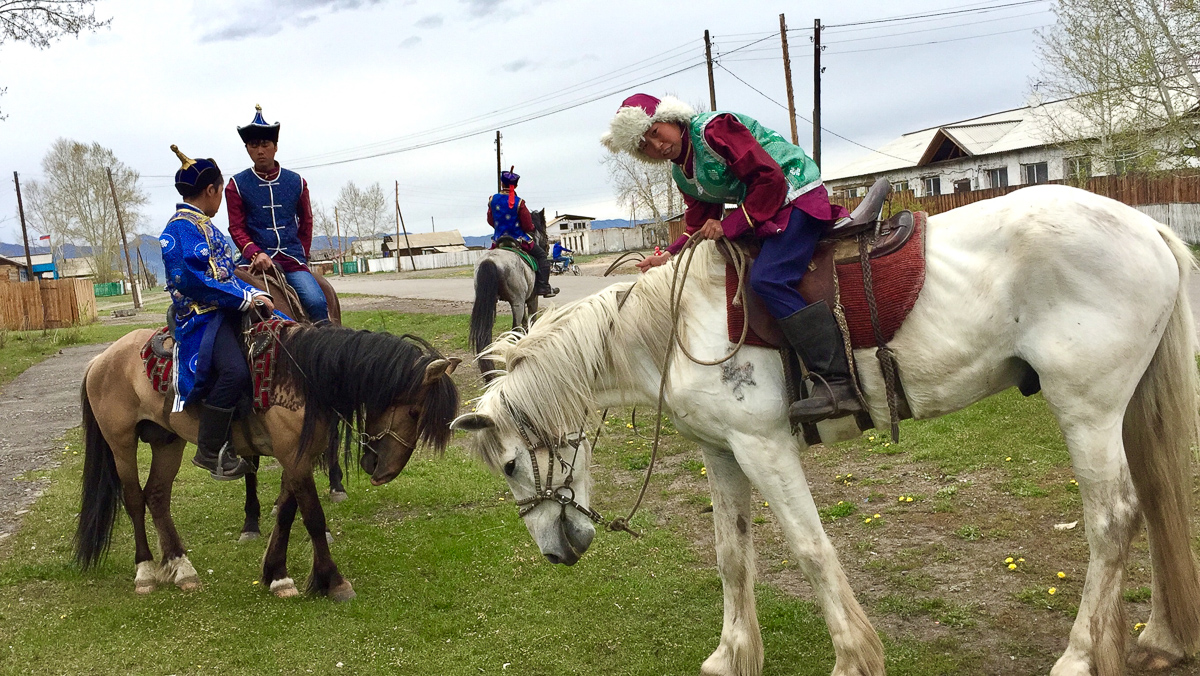 Down the street, a man had opened up his large fence door and was escorting his horses out. I counted over a dozen as each one trotted by. The man slowly got on a horse and followed the rest out to a nearby open field. He was dressed in traditional clothing, but not like the ones I had seen my performing friends wear. His weren’t ornately decorated with endless knots and colorful colors, his were of the working class, a bit faded and tattered and dusty. As he slowly passed me on horseback our eyes locked for an uncomfortable amount of time. I’m sure I looked quite out of place and it was obvious that I wasn’t a local. I smiled, waved, and said “ekii,” but I received no smile in return and no response, just a moment in time of expressionless eyes staring back at mine. I was not offended by his lack of response or acknowledgment. Once he was about fifty feet away from me he stopped. I continued to watch him as he pulled out an iPhone from his pocket and took a selfie. I think he was trying to be sly and catch a photo of the foreigner in his village. But what really blew me away was the contradiction I had just witnessed. Here was a shepherd tending to his animals. He was doing the exact type of work that his ancestors had been doing for generations and wearing the same clothes that they probably wore. The only difference was him pulling out his smartphone for a selfie that he would probably later upload to his Instagram account. Tuva continued to show me what a contradiction she is. Before arriving in the country, I thought that I knew what things would be like here. Some of my expectations were correct, but mostly it was much different than I thought it would be. It’s not exactly old men playing igil and singing khoomei on street corners.

As I was about to head back to safety on the other side of the fence, an older man approached me excitedly speaking in Tuvan. I obviously had no idea what he was saying. He sort of rambled on for thirty seconds while smiling and walking faster towards me. I was a little alarmed and felt frozen with fear. Not knowing what to do I stood there smiling as he got closer. He said a word I did understand and I calmed down. He said, “Kushkash-ool.” That’s a nickname that Sean had been given many years ago by the locals which means “bird boy.” This older man saw a foreigner and must have assumed with my Western features that I was the famous Sean Quirk, the beloved stepson of Tuva. Thankfully Igor came outside just as the man was a few feet away to tell me that breakfast was ready and quickly explained to his neighbor that I wasn’t the man he thought I was. We had a quick laugh before returning inside to eat. 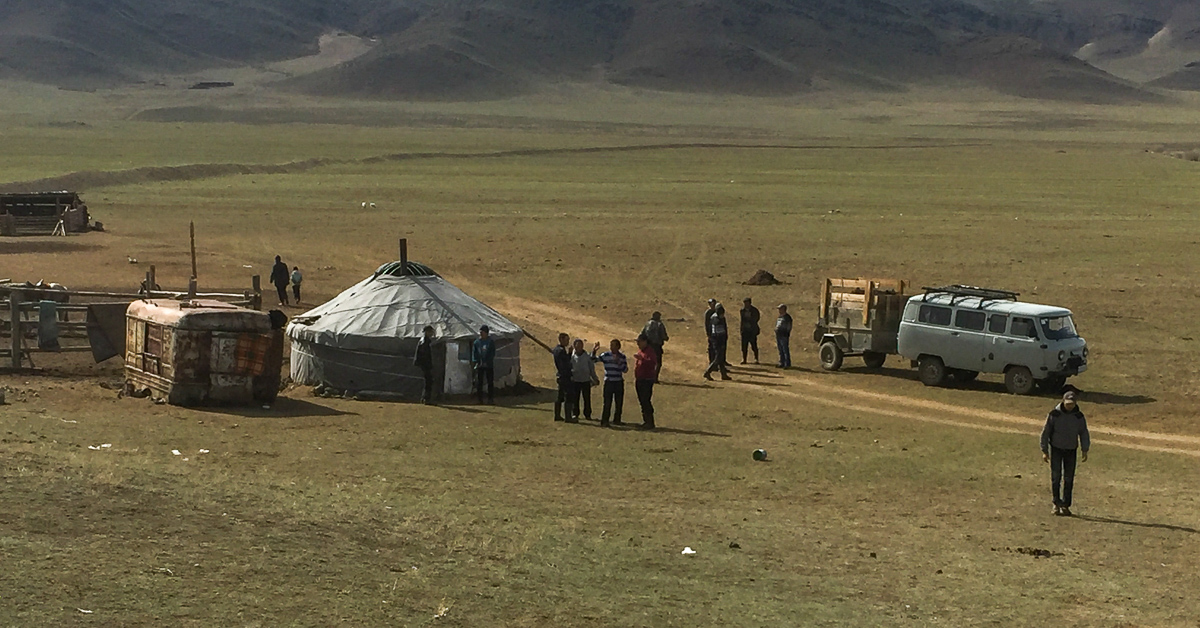 After a quick breakfast of hot porridge, we jumped back inside the trusty and rugged UAZ with Igor’s oldest son Aygor, who was joining us for the trip. A few weeks prior he had competed in a throat singing contest, had come in First Place, and now we were traveling to the Bai Taiga region to pick up his four-legged prize. Aygor is the spitting image of this father, albeit a bit thinner and younger, but it’s obvious at first glance that they are father and son. He has the same warm and welcoming charm as his father, along with his father’s smile. He also shares his father’s talent for khoomei, which makes sense, since they share the same blood and Igor had been teaching him the ins and outs since he was a child. 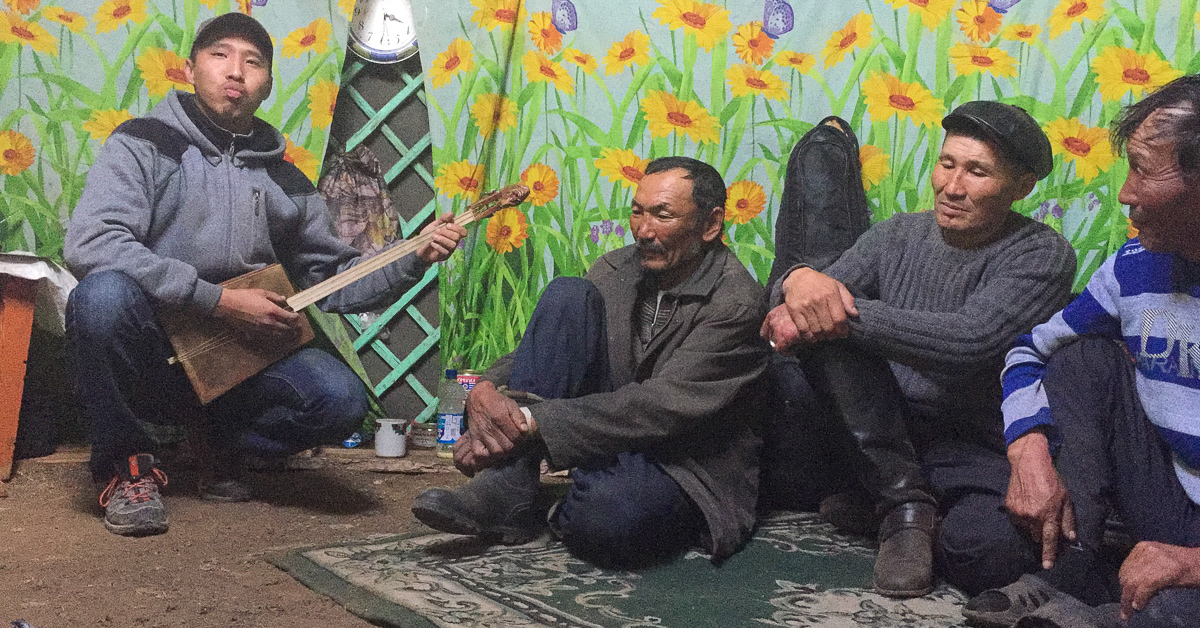 Par for the course, just when I thought we were continuing our journey, we only drove to the other side of the village. Igor pulled up to the back of a small house with a big fenced yard that had a few barking dogs, horses, and cows. We were there to borrow a big wooden and metal cart that we would tow behind the UAZ. Silly me, being such a city boy I never thought about how we were going to bring the horse back to Aryskan. A horse wasn’t exactly going to sit quietly in the back seat no matter how spacious it was. Three guys were helping to load the cart and get it secured to the jeep. I strolled around watching them work and looking at the scenery. It was a beautiful morning with a bright warm sun and blue skies. The previous night the temperature dipped to the mid-40s, but now it was already about 65 degrees and very comfortable. Igor walked over to me and pointed north. “You see those mountains,” he said, pointing to some jagged high peaked light brown ones in front of us that had contrasting black and dark gray mountains on both sides. “That’s Buura.”

I was somewhat familiar with this famous mountain. Buura loosely translates to “bull camel” and is the highest mountain in this region. The Alash Ensemble’s 2011 album also goes by this name and contains a song with the same title. Mountains and rivers in Tuva often have special meanings, sometimes mythical and sometimes historical. These mountains and rivers are considered sacred and there is usually a song or a melody attached to them. After pointing to Buura, Igor began to sing the song for the mountain. What a treat; not only was I in his home village of Aryskan, but I was looking at Mount Buura while he sang the song. If one could possibly have goosebumps from head to toe I certainly had them. As Igor was singing I realized why the village of Aryskan sounded familiar to me. Chirgilchin released an album in 1999 called Aryskan’s Wind, and now the title made sense to me. 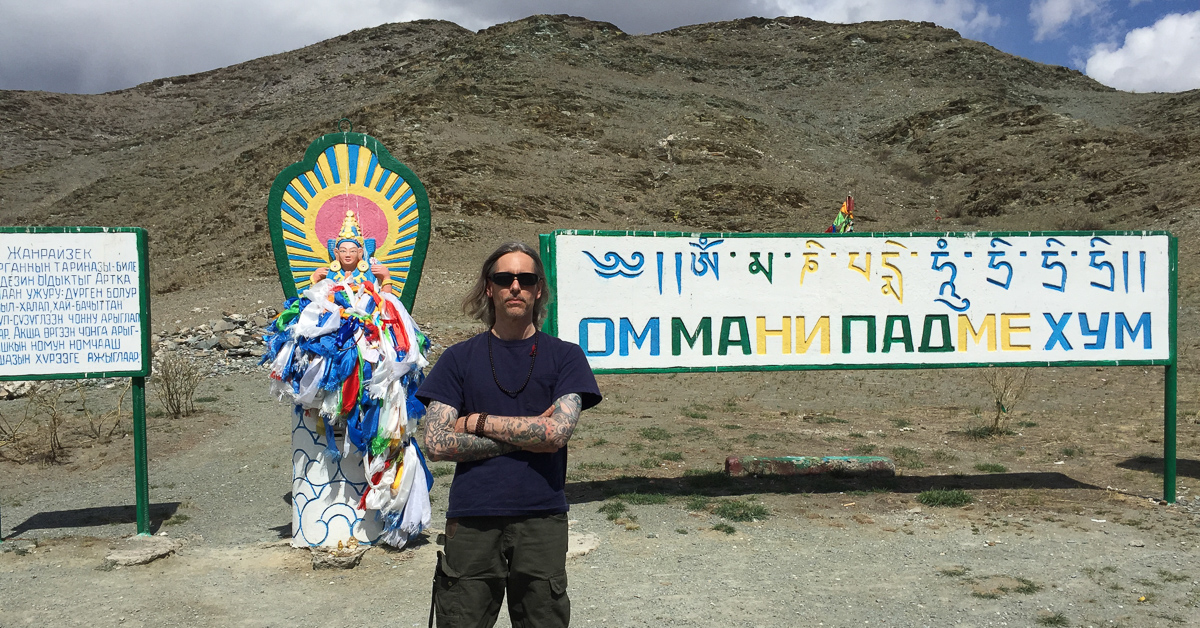 This is an excerpt from Michael Cline’s My Adventures in Tuva, which can be purchased here.

The world in a yurt
The Kyrgyz yurt: Let the hearth not go out