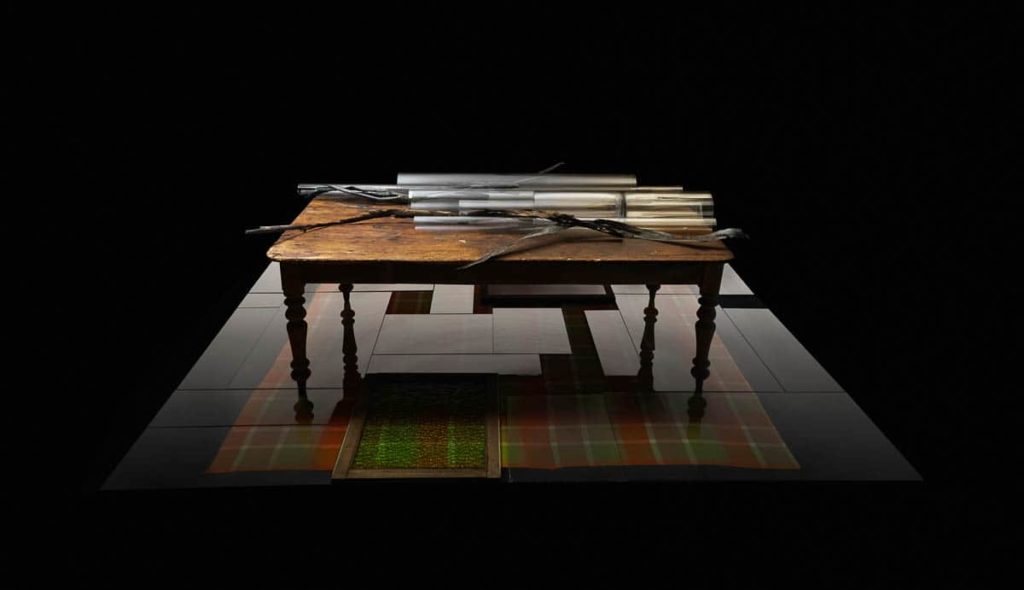 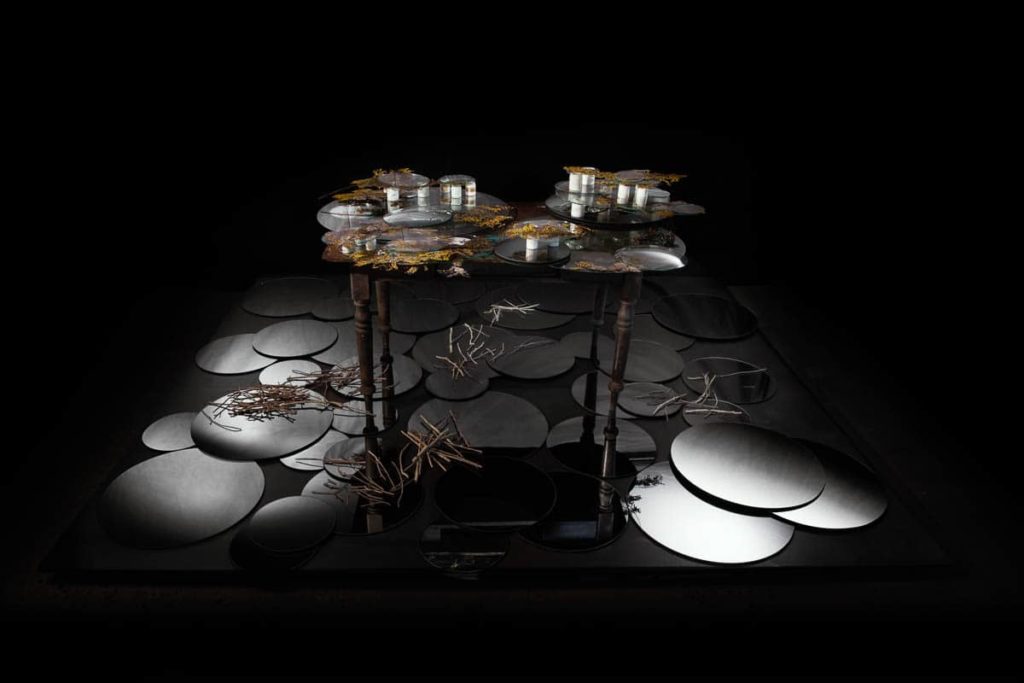 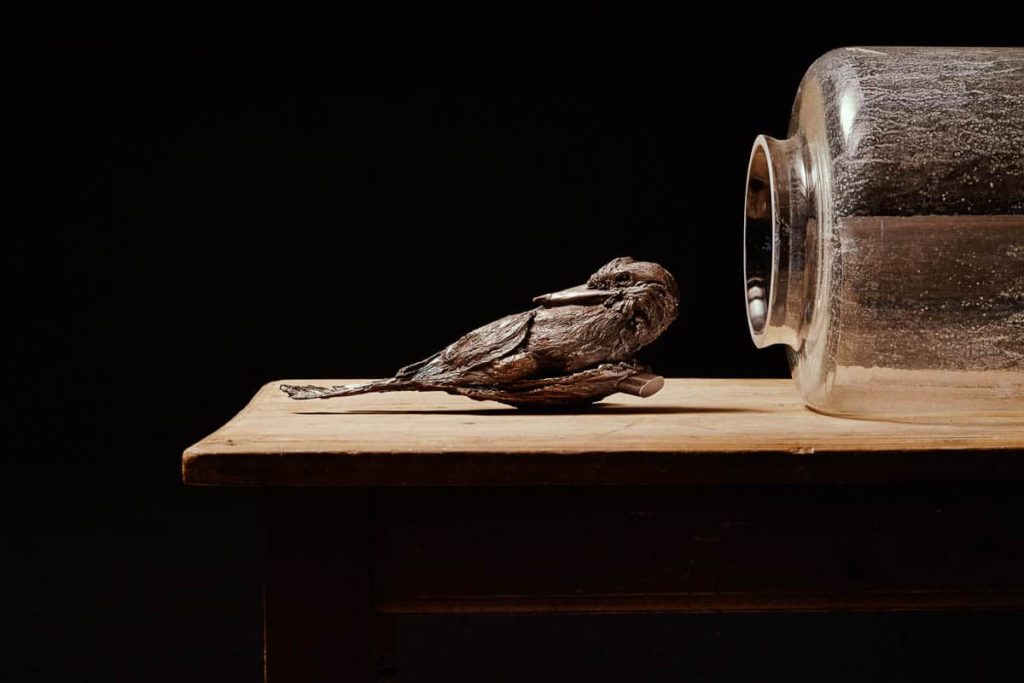 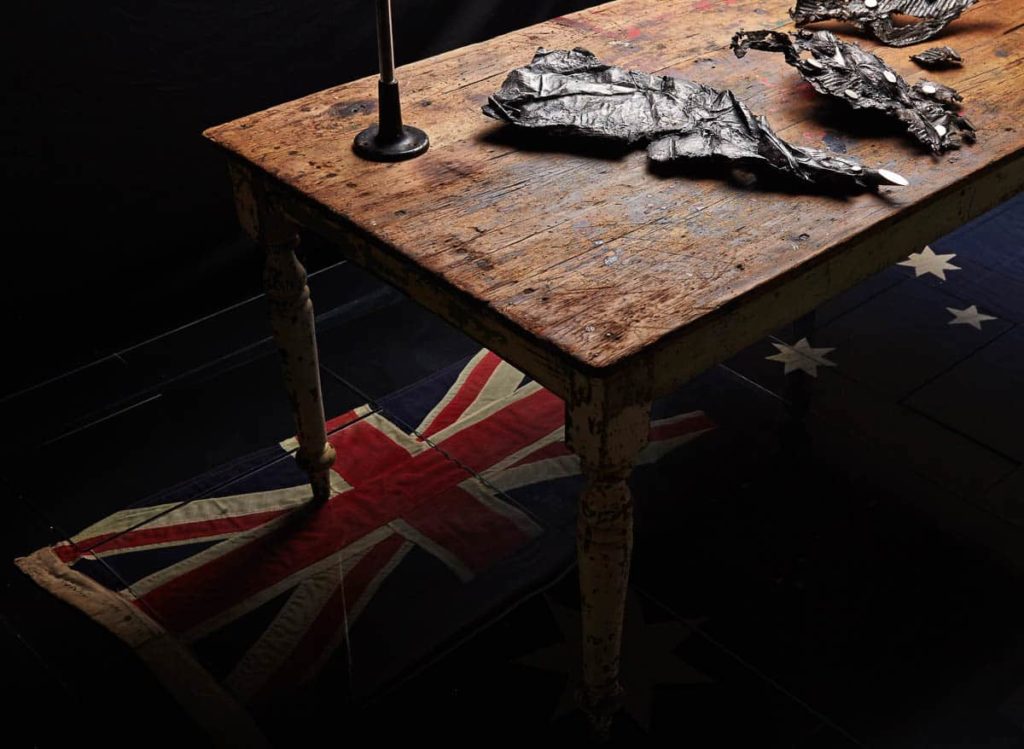 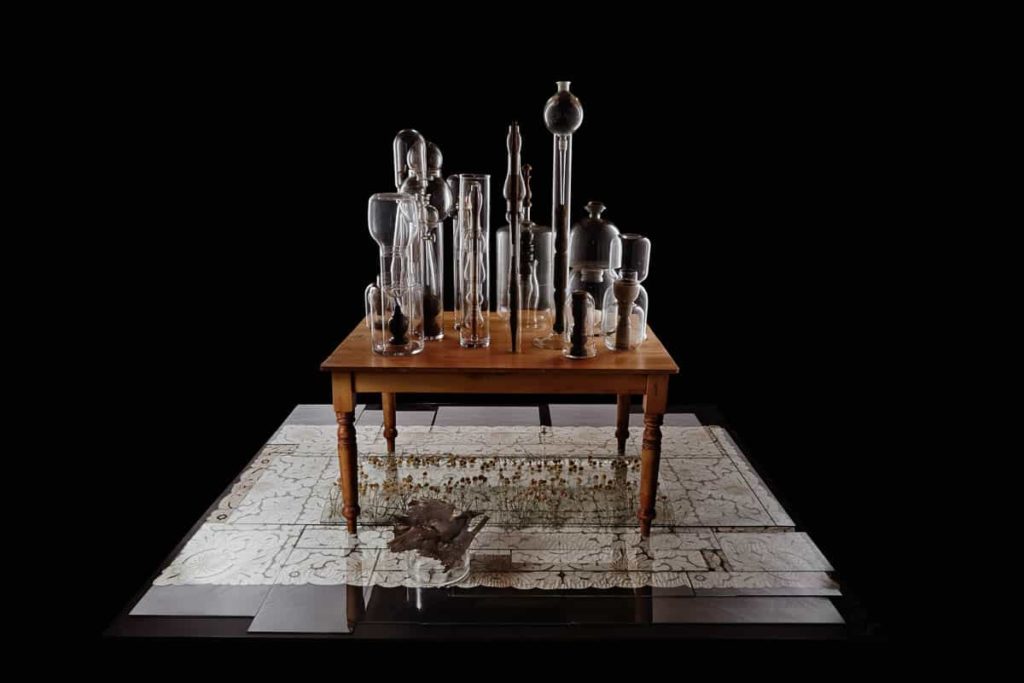 Serendipity plays a central part in the practice of contemporary Australian artist Louiseann King. Finding beauty in the slight and discarded, her keen eye is drawn to things that others overlook, resulting in creative outcomes that blend material experiment and chance encounter. This is underpinned by the habitual collecting, salvaging, collating, comparing, contrasting, re-making and re-contextualising of an expanded array of objects defining a consistent methodology of assemblage and regeneration.

Crumpled cardboard in a gutter, redundant domestic and industrial objects gathering dust, soft furnishings once lovingly crafted now piled up in an op shop: each holds a story, a mnemonic energy, a potency, despite the passing of time having rendered it defunct and solemn. King invests deeply in the objects she gathers, often transforming them through laborious hand processes, honouring their past and elevating their status by re-contextualising and reorienting them for display.

In addition to discarded domestic items and furnishings, botanical and avian specimens like native flora, bark shed from a tree and deceased birds are woven in poetic layers into her work. Foraged from bushland near King’s home and studio in Eganstown, Victoria, these and other botanical “sheddings,” as she calls them, are rendered timeless in bronze, pressed in paper or preserved in wax, evoking Victorian pastimes and scientific botanical specimen collecting. Left in the elements, such specimens would decompose and return to the earth. Yet through a material metamorphosis, namely casting in bronze, King pauses the natural process of decay, enacting an alternate kind of metamorphosis and mode of memorialising.

Presented by Bendigo Art Gallery, King’s most recent body of work arbor temporis momentum is a condensing of concepts and processes that have sustained her interest for some time. At its surface, the immersive installation is a densely layered composition of multiple elements coalescing in six individual installations atop floating plinths; each a distinct, but interconnected ecosystem potent with common materiality and symbolism. King describes them in totality as an imagined landscape decisively positioned in a liminal, in-between, blurred or undefined time, referencing both the past and the present.

Dramatically lit to evoke a sense of hallowedness, the gallery space is set apart for contemplation of the ordinarily unseen and undervalued. Awakening additional senses and conjuring a further theatricality, an immersive soundscape, a collaboration between King and renowned Australian sound artist Philip Samartzis, envelops the viewer. Layers of subtle environmental recordings gathered in the bushland near King’s studio and home conjure the ebb and flow of the natural world in ways that are both familiar and strange.

The work is full of such similarities and juxtapositions. In a material artfulness, the natural is at play with the artificial, the serendipitously found with the decisively formed. The familiarity of the domestic is contrasted with ancient mysteries of the natural world. The monumentality of bronze is offset by the transparent lightness and fragility of glass, precariously balanced and reflecting the fundamental relationship between life and death.

It is not hard to see that King’s personal experience of living on a rural property surrounded by bushland profoundly influences her work. Much like the way she describes the allure of bronze casting, it is clear that the energy and rich symbolism of the ancient landscape has a magnetic pull: always morphing and changing, yet resolved within daily and seasonal constancy. Large transparent windows in King’s studio provide little divide between her creative space and the natural world and native specimens are frequently gathered and drawn within.

The experiences of those who have lived on the land before her also echo through King’s work, which has a particular focus on the lived experience of women in connection to the land and domestic enterprise. By reframing the feminine within her work she further probes systems of value, social structures and cultural histories. A domestic table, often seen as the nucleus of a home, used for preparing meals and raising families, frames each of the six installations in arbor temporis momentum. These and other traditionally female items such as soft furnishings provide both a functional platform and conceptual foundation for each work. In this way King elevates and re-frames the historically trivialized nature of “women’s work”, reclaiming and repositioning it into something more akin to the sacred.

Like many artists before her King maximises the capacity of the contemporary gallery space to venerate everyday objects. Through the transformative process of display such objects, removed from their original context yet carrying embedded stories and relationships to the past, are ascribed new meaning and significance. Bringing these nuanced layers and relationships into focus through her considered compositions, King draws the viewer in from the grand to the pointed imploring them to pause and reflect, as she does, on the beauty and worth of the ordinary and overlooked.

Clare Needham is a curator based in central Victoria currently employed at Bendigo Art Gallery. Over the last eighteen months, Needham has worked closely with King on the development of arbor temporis momentum presented as part of Bendigo Art Gallery’s annual Going Solo series; an initiative providing contemporary artists living and working in central Victoria the opportunity to produce a significant new body of work for solo exhibition.