Eunbum Lee – 법고창신, the spirit of creating the new, based on the old 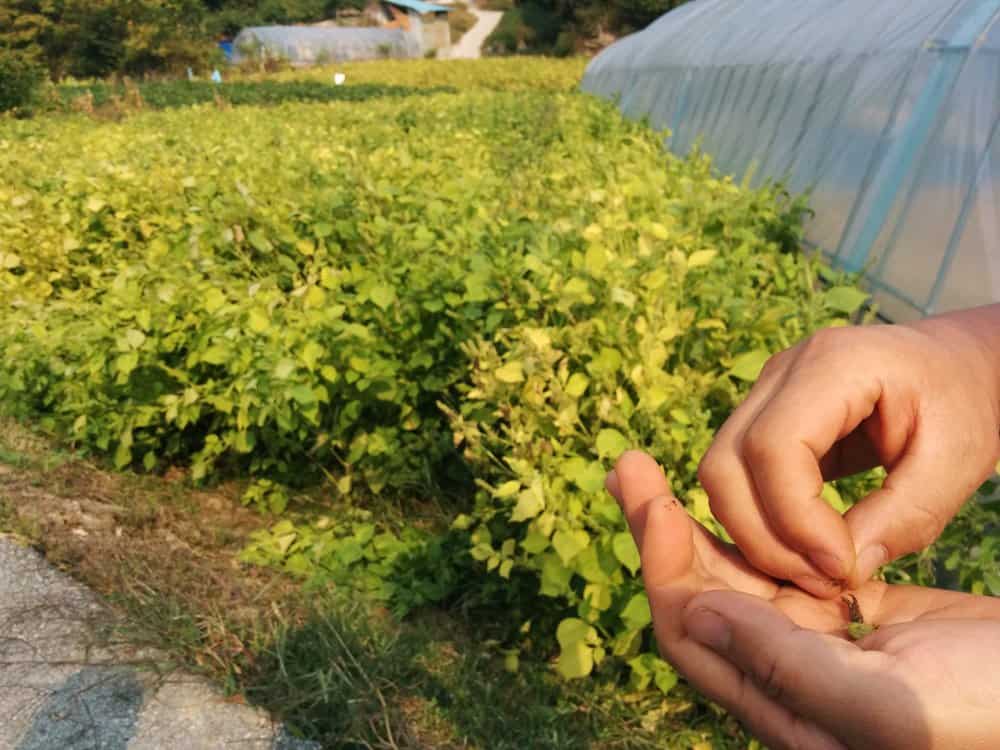 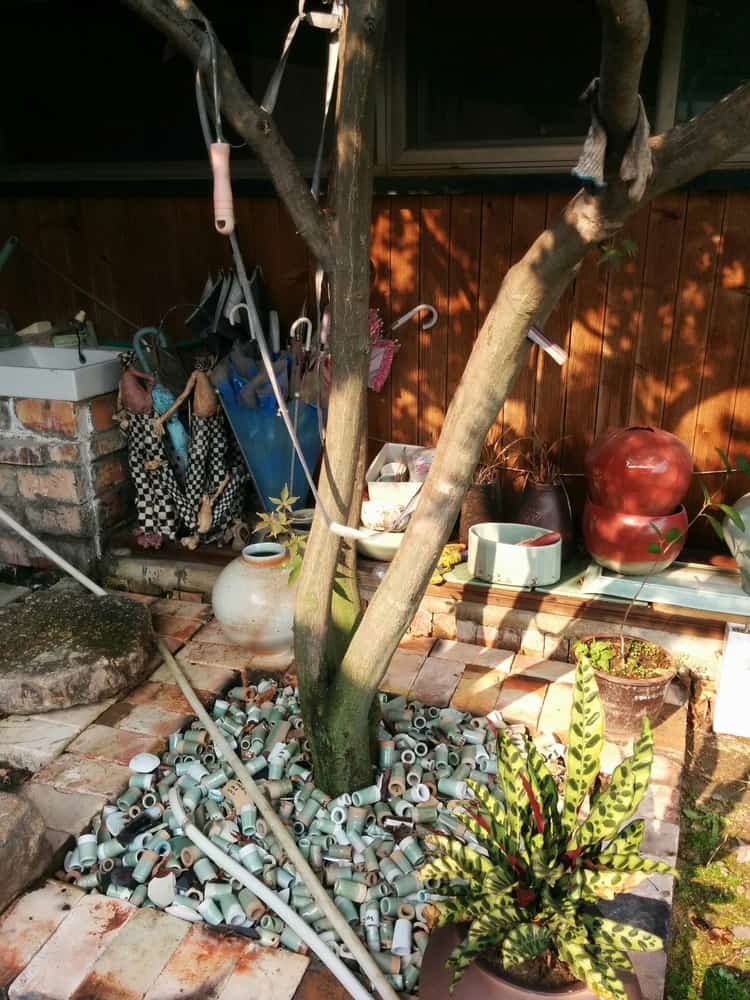 A tree grows from celadon 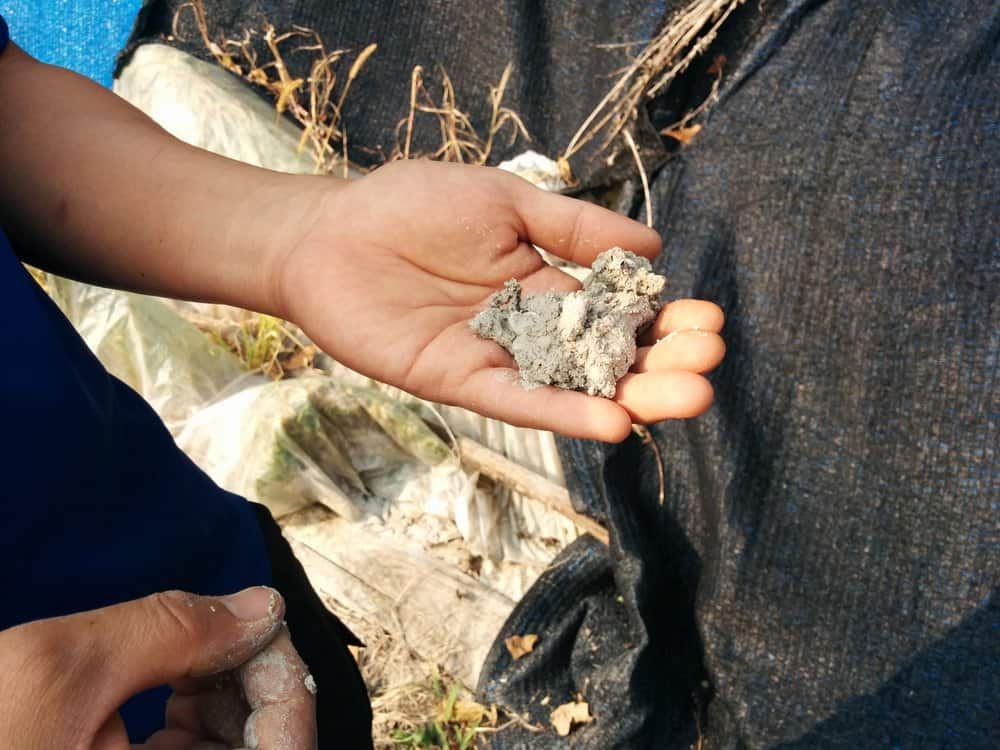 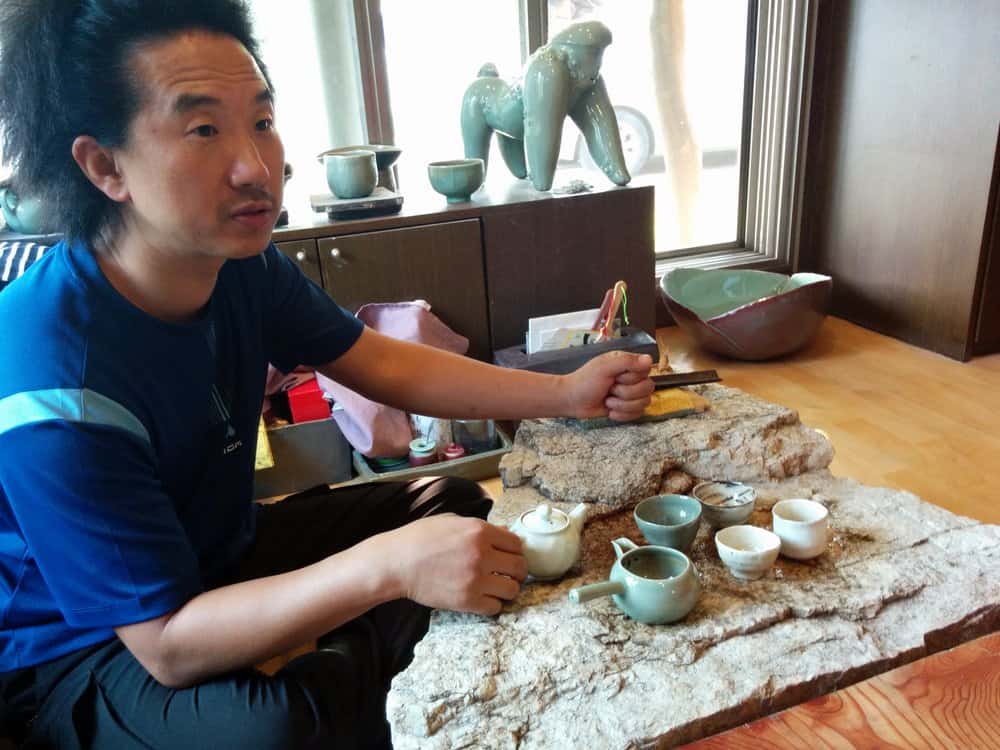 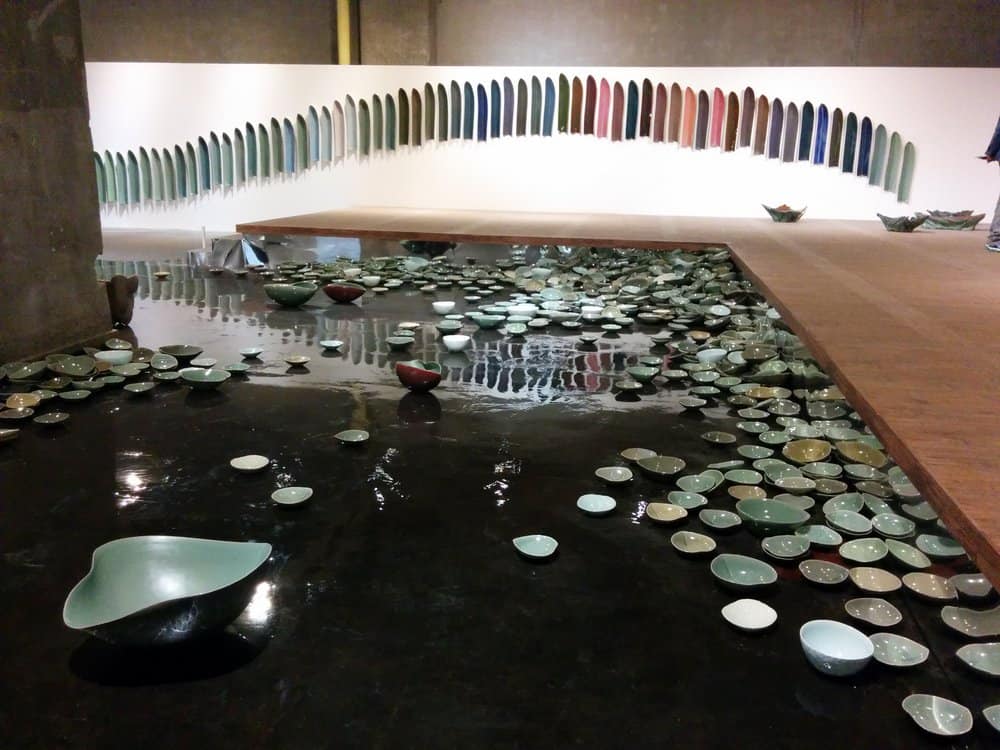 I had a day to study up on the Cheongju International Craft Biennale. I ed it. On arrival, I found a daunting pile of catalogues from the many different exhibitions that make up this epic event.

Browsing through the Making Process catalogue, I was struck by a quote from a ceramic artist, Eunbum Lee, “I often stroke my daughter’s head, just like my mother did for me. When doing so, I realise that the touch of my mother is the same as mine. I create works with the same heart and the same hands, as if I am praying.” Reading on, I found this sentiment was part of Lee’s broader philosophy, 법고창신 Beop Go Chang Sin—the spirit of creating the new, based on the old.

While looking forward to the spectacle of the world’s largest craft exhibition, I also wanted a more personal encounter with Korean culture, to help me better understand its mindset.

With a traveller’s serendipity, I was offered a trip to visit Eunbum Lee’s studio that afternoon. A biennale angel Hye Yoon Min drove me through the diminutive but verdant farmlands of North Chungcheong Province. Green fields were embroidered with bright red chillies. A sign pointed the birthplace of Ban Ki-Moon.

We pulled up to a farmhouse that at first glance looked like any other. But the greenery at the base of a tree turned out to be glaze test rings of celadon firings. Mysterious. Some strange alchemy was at work here.

As we wandered through his workshop, Hye Yoon Min called out for Eunbum Lee plaintively like she was trying to coax a missing cat. I was expecting someone with a shaven head, dressed in Buddhist robes with his hands clasped in beneficent greeting. Instead, Eunbum strolled out casually with matted hair like a surfer about to polish his board.

With little formality, he takes us on a walk around his property.  The air is thick with dragonflies.  Eunbum stops at a sesame plantation and crushes some seeds in his hand. The smell is pungent and surprisingly sweet. He takes us to a mound of earth covered by tarpaulin, about seven metres long and a metre high. Like before, he grabs a handful and rubs it into his hand to reveal the colour and texture of rich celadon clay.

Back in the studio are the products of this patient labour. From a distance, his elongated pieces reflect a grass-like structure—long blades with a central stem. A closer inspection reveals delicate ribbing, made by the Korean technique of ceramic inlay, sangam. The fineness of detail evokes the exquisite fine weave of silk pojagi textiles. It is this microscopic detail, wrought large, which draws me to Korean craft.

After some awkward standing around, he invites us into his studio for tea. A long celadon tray holds delicacies. At the end of the table is a large rock, which Eunbum had hewn from his property and drilled so that it could drain water. On this rock he busies himself rinsing tiny teapots, selecting teas, and pouring into thimble-sized cups. The small portions mean that activity never ceases—cups and pots are filled continuously. Even though he has barely any English, and I speak only a few words of Korean, hours pass quickly in the business of brewing, pouring and drinking.

Traveller’s luck continues when a neighbour arrives to help the conversation. It turns out to be Sihyeong Woo, who’d actually studied ceramics at ANU with Janet deBoos. Thanks to his translation, I learn a little more about Eunbum Lee’s obsession with celadon and how he’d spent years exploring the southern regions trying to locate the right deposit of celadon clay.

After four hours sipping tea, we decide it’s time to eat. At the local restaurant, I draw attention to Sihyeong’s arm, which is tattooed with the phrase in Spanish, “Las cosas suelen empeorar antes mejorar.” (Things get worse, before they get better).  With a big smile he reveals that he had the tattoo done in Melbourne, my home town. I make the observation that this idiom would serve celadon very well, given its steep and long learning curve.

Eunbum Lee joins in the smiling too, and adds his own metaphor of perseverance: “Like after dawn, the night.” He pauses before adding, with a defiant laugh, “…but then there’s night again.”

Back in the hotel, I return to Eunbum’s printed words. “I believe that most important thing as an artist is to work joyfully, for the sake of a happy life.” It was as good an introduction as any to the spirited nature of Korean craft—a happiness borne not of luck, but of hard work.

Ott-chil (Korean lacquer): A tradition for the present
The kaavad: from devotion to decoration
Pots in Action: The ceramics project that made Instagram sparkle
Quarterly essay: Embodied history 🎧
Cantarino: Reanimating the whistling bottles of the Andes
Beyond Limitations Mentorship camp, ClayArch Gimhae Museum
Geodenim ornament from the streets of Medellín
Quarterly Essay: Remembering the string figures of Yirrkala✿