Face-to-Face Across the World

They know that the founders of the World Crafts Council had a vision of craft as a means of creating world peace through the bonds of friendship between artisans, and they believe their collaborations are a strong example of this.

Terry: Zina and I first worked together at a camp for collaborative woodworkers in Canada in 1998. We found it so easy because we each seemed to instinctively understand what the other intended. Zina wanted to break away from the constraints of traditional symmetricality, so I turned a solid conical form for her to carve with a scattering of tiny chips that flew centrifugally around the piece. It was a first for both of us and it’s still one of our favourite pieces.

Zina: Terry and I kept meeting at other events around the world, but we started collaborating again when he invited me to a series of carving events he was overseeing in China. We worked further on several trips to the USA and I had an amazing residency with him at Bungendore Wood Works in Australia, a country I’d always been fascinated with. Along the way we’ve both matured in our work and now we collaborate much more deeply.

Terry: The Internet and digital photography have completely changed how we work. We communicate daily from opposite sides of the world, so time and distance don’t get in the way. One of us will think of a trigger for a new design – it can be a word, a memory, an image, or a concept. We send many emails back and forth, and both of us make sketches. Then we talk online and through our webcams we make changes and hold new rough sketches up to show the other – it goes to-and-fro with a lot of laughter. The call ends with a “who-should-go-first” discussion of practicalities, then one of us will go to the workshop to start a new collaboration.

Zina: Smart phones and digital cameras are great for sending images of every step. There’s an eight-hour time difference between our homes, so often one of us is ready to report just when the other is waking up. Our projects roll around the clock.

Terry: Sometimes when I’m working my phone will “ding” with a new image of Zina’s progress. I let her know what I think and often I ask her opinion of what I’m working on. We use real-time images and even video.

Zina: When we’re online we often hold up partly completed pieces to the webcam: “What about this line here?” “Yes, but I think you could move….” “Oh, you are right! What if…?”

Terry: It’s like we’re working beside each other in the same room. We share three languages and because some things are better said in one language than another, within one sentence we might switch several times. Working in a studio can be isolating, but this process generates so much energy and feeds our inspiration. 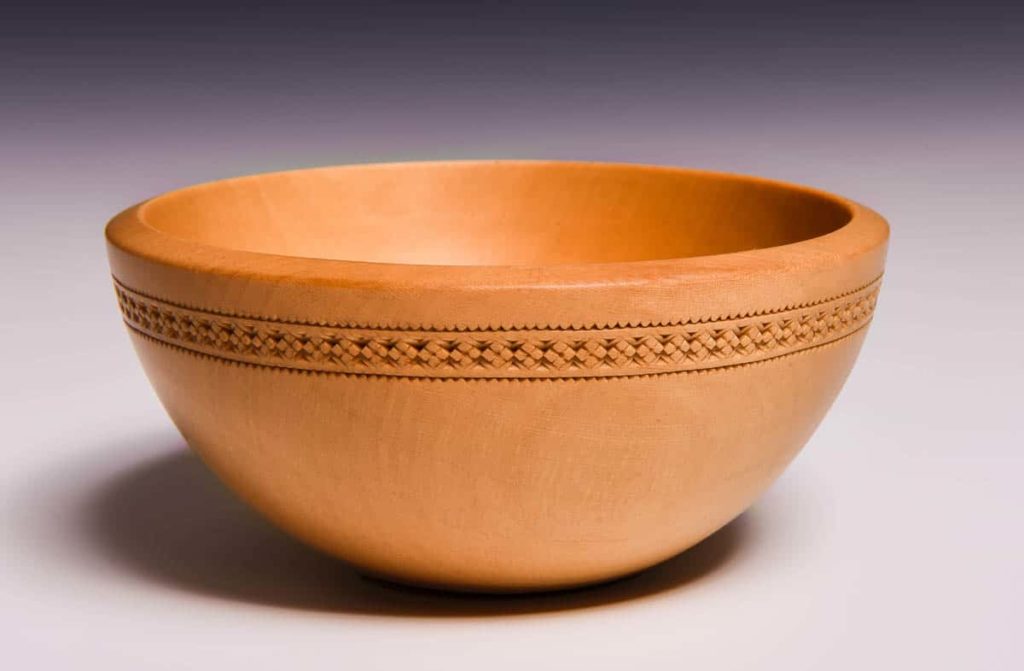 Zina: Sometimes Terry sends me something as simple as a turned bowl for me to carve on the rim. But he knows how I work so he takes care of wood selection, how the grain is oriented, the proportions and line. I think the result is elegant. 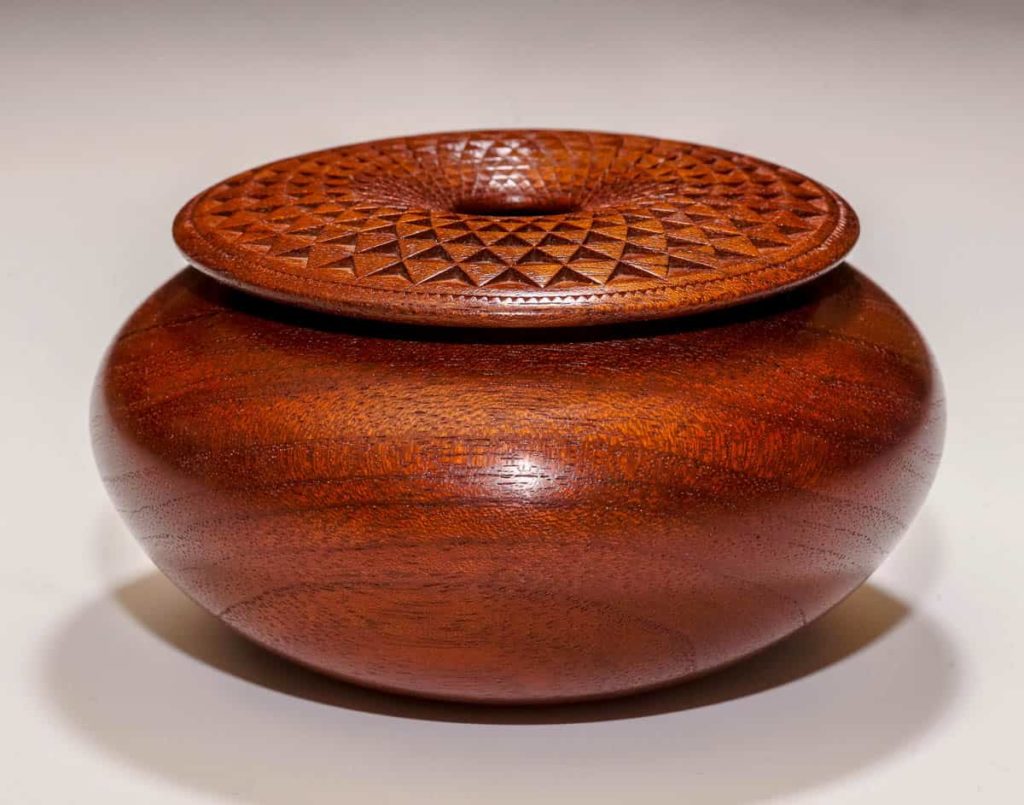 Terry: We might send a piece back and forth across the world. That happened with Red Vessel, which was started in Australia, sent to Romania and then returned to me in Australia for finishing. 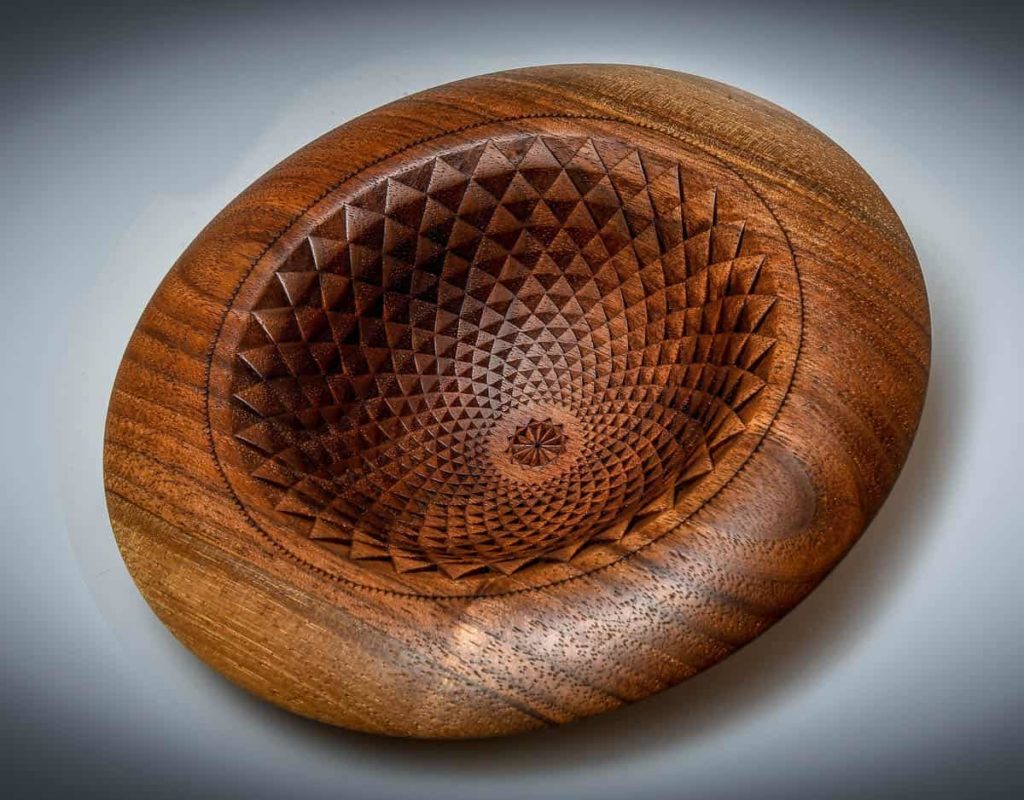 Zina: I like to surprise Terry. He sent me a beautiful bowl to carve on the rim, but I surprised him, and perhaps myself, by carving inside the bowl to make Galaxy. This piece is unlike anything else ever made, so we are very proud of it. 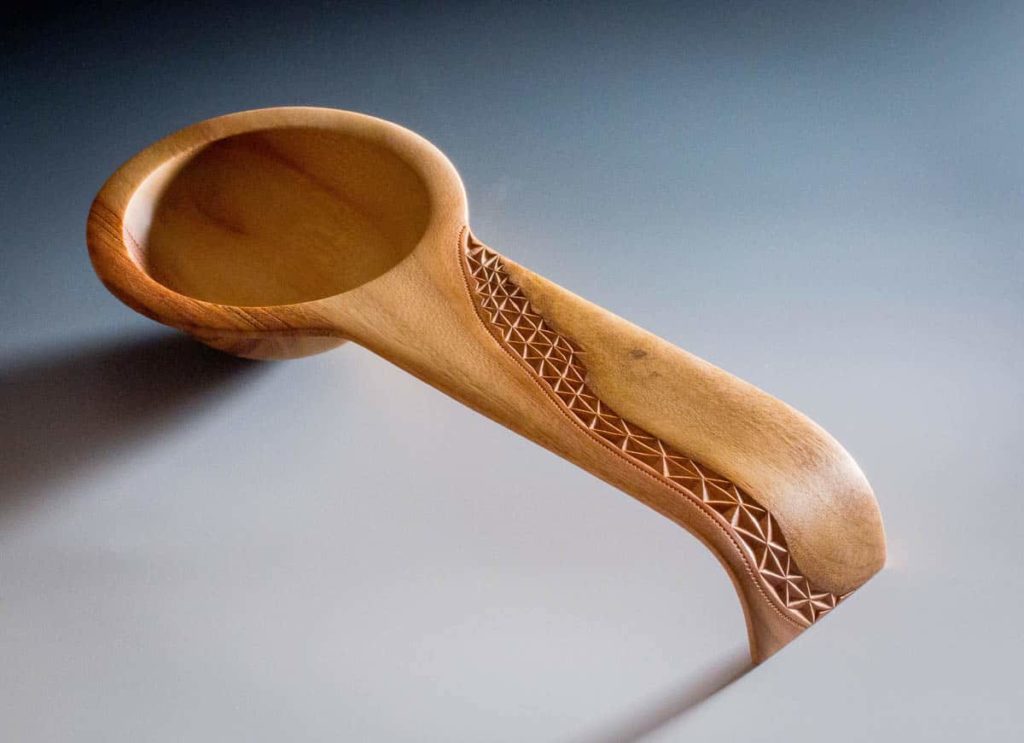 Terry: I think our best collaborations are when we combine what each of us is known for. One example is our Spoonbowls, which are a blend of my bowls and Zina’s spoons.

Zina: I think there are many reasons for the success of our collaborations. Mutual respect for our skills is important, as well as a deep understanding of each other’s techniques. But I think our personalities are also complimentary. Terry is almost entirely self-taught, but I trained as both a sculptor and an engineer. I draw accurate working plans, but Terry designs directly on the wood. He’s more intuitive, but I like to analyse. Sometimes he plants seeds of ideas and I nurture them, but it works both ways. Best of all, we have a very similar sense of humour, so we laugh all the time, especially at ourselves.

Terry: We’ve learned so much about each other’s homelands, our cultures and our lives, and every time we work together it draws us closer not only as artists but, more importantly, as friends. 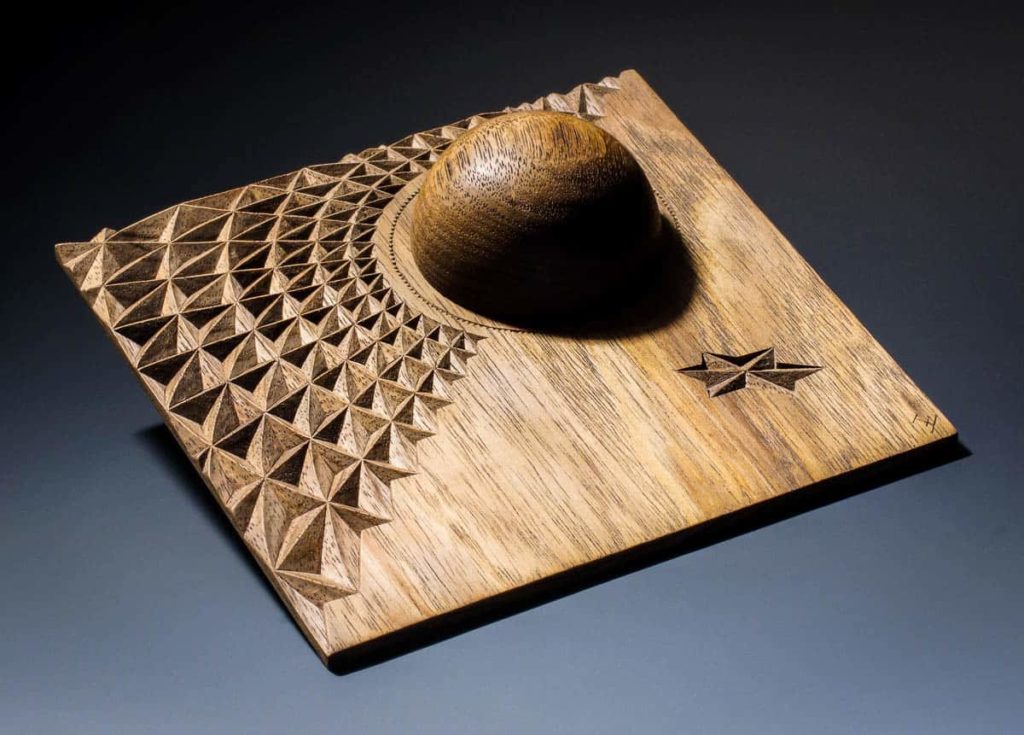 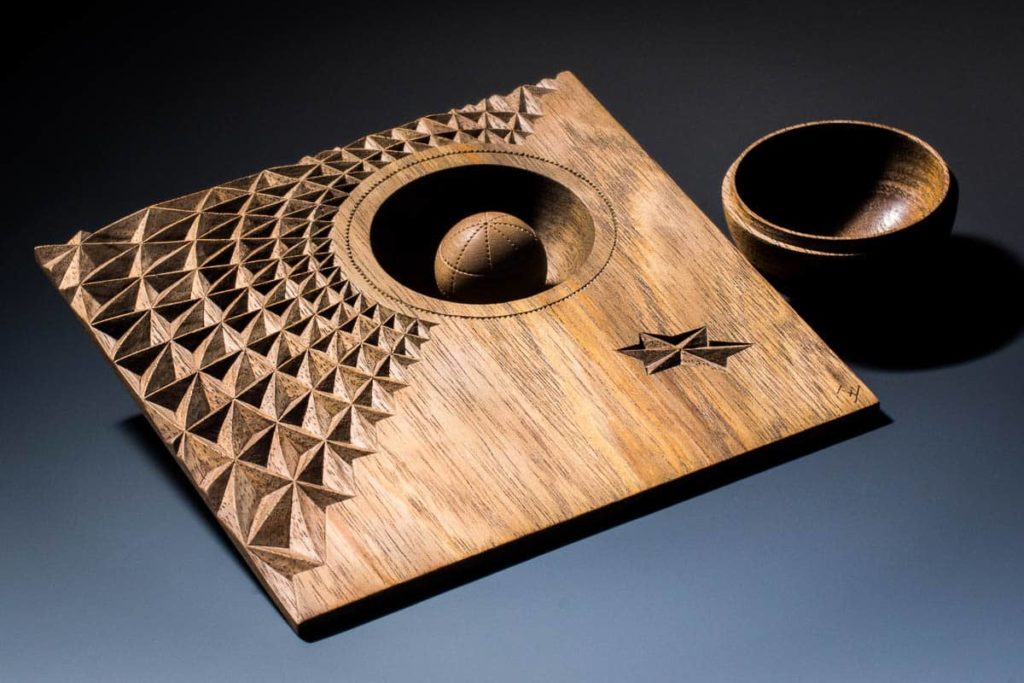 Zina: Terry and I use our knowledge of traditional techniques to create innovative pieces and I think the result speaks for itself. We made Spheres of Influence to represent our collaborations. The single star is Terry on one side of the world and on my side of the world the ideas multiply. If you open the box there is a tiny globe inside, carved with latitude and longitude. In this way we want to show that in the 21st century we shouldn’t be held back by distance, borders and cultural differences.

Terry: We plan to work together this way for many years to come and I hope it inspires other crafters to reach out across the world to both old and new friends.

Sky's the limit: The Cultural Textiles Rug Project
We are all Merantau: Macassan journeys
From village to suburb: How Karen weavers retain their culture as art
The 3rd Triennale of Kogei In Kanazawa
Yilaalu - objects for carrying stories
Gate 8
Quarterly essay - The colonisation of cute – exploring the work of Vipoo Srivila...
Assegai: A spear of light across the Indian Ocean