Good news from Afghanistan: Hadya starts her own business 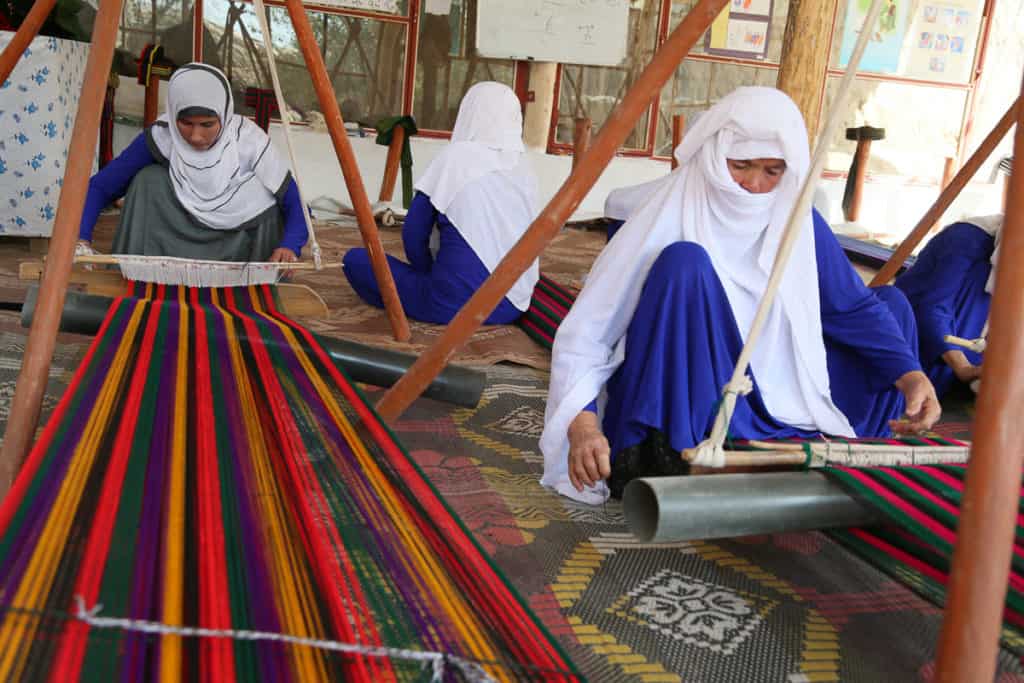 A young female entrepreneur in Badakhshan province Afghanistan. She has created jobs for 250 women householders so that they can make money and support their families © LITACA Afghanistan / 2019

Despite almost 40 years of unbroken conflict, Afghanistan has witnessed remarkable improvements since the year 2000.

Healthcare provision has managed to expand and improve, even in the face of violence, leading to a rise in life expectancy for all groups and sharp falls in maternal and child mortality.

Economic growth has led to a five-fold increase in GDP, accompanied by new business and working opportunities for millions of Afghans and a transformation in industries ranging from telecommunications and media to travel and logistics.

School enrolment rates for girls and boys together have seen similar rises over the same period, while for girls alone they have jumped from around zero in the year 2000 to more than 40% today.

It cannot be denied that the situation for women, in general, remains one of the most unequal and dangerous in the world. But in many areas of life—including healthcare, education, economic empowerment, access to justice and political representation—opportunities have opened up that would have been unthinkable before the turn of the century.

Despite huge gains in education and economic empowerment, only 19% of girls under 15 are literate and only 19% of women are employed, mostly in low paid and insecure jobs. Even when employed in higher-skilled positions, women face routine discrimination and exclusion from decision making and promotions. 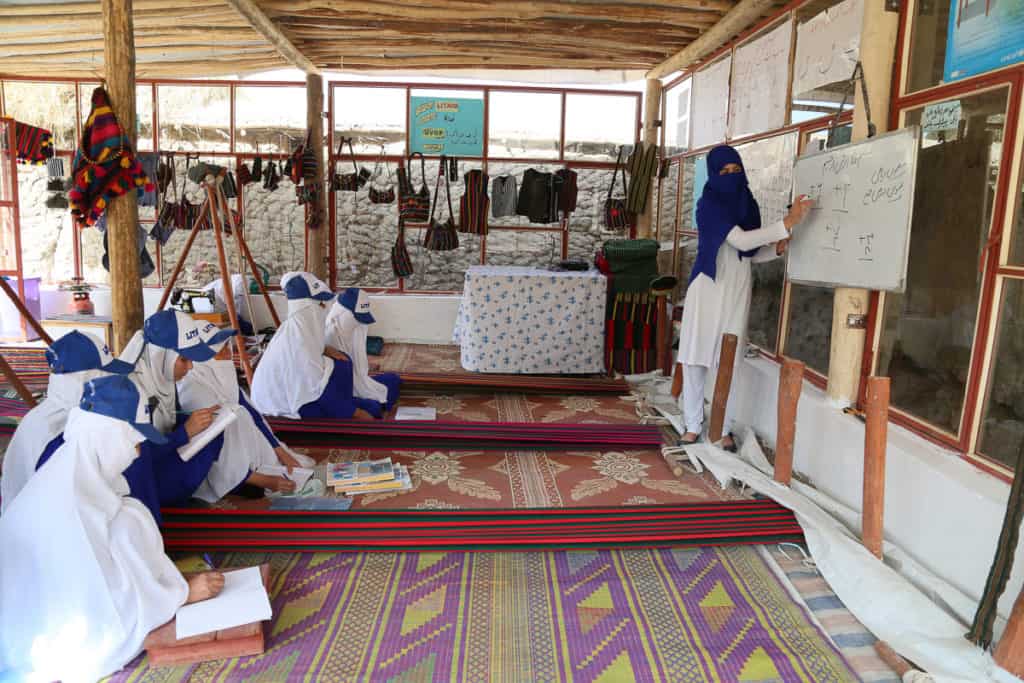 Below is a story of an Afghan woman starting her own businesses.

“Making money with the work of our hands is difficult, but, we women have made it possible. We produce handmade jackets, curtains, pillow covers, traditional clothes, and furniture covers,” says Hadya.

Hadya Shahrani, a trained midwife from Badakshan province, is one of the many women who have benefitted from the activities of the LITACA Project. Since 2014, she has been managing a large number of local women who produce handicrafts and process dried fruits.

LITACA (Livelihood Improvement In Tajik-Afghan Cross-border Areas) is a Japanese-funded UNDP project which creates jobs and livelihoods for people in bordering communities of Afghanistan and Tajikistan.  It helps lift people out of poverty, by giving them the skills and access to run businesses themselves.

The project, now in its second phase, LITACA II, is implemented by the Ministry of Rural Rehabilitation and Development (MRRD) in Afghanistan. The project aims to improve infrastructure and public services, open up employment opportunities, and promote cross-border trade. 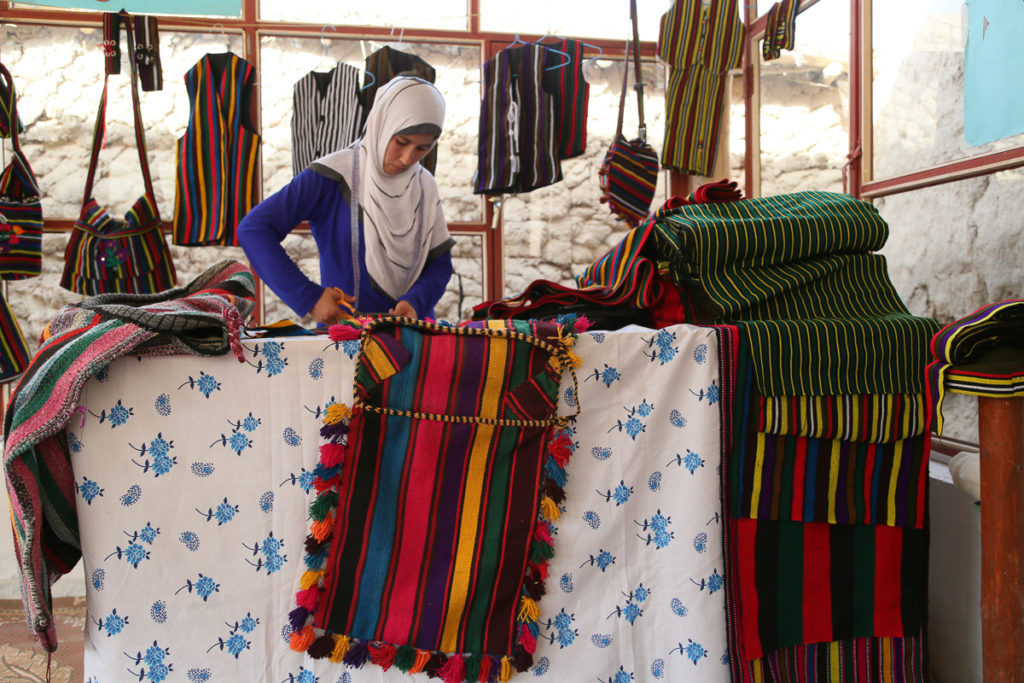 This is a piece of handmade covered furniture; this type of product is new for Afghanistan and has recently found its way to the market and proved popular with customers. © LITACA Afghanistan / 2019

Hadya started her business four years ago with AFN 20,000 (around USD 270). At first, she found it hard to make a profit, but she didn’t give up. “I was disappointed with the results at the beginning, but I forced myself to continue,” she says. “Now my monthly income has gone from zero to around AFN 200,000 [USD 2.5K].”

In Afghanistan, the number of male entrepreneurs far outweighs the number of female entrepreneurs. Hadya is therefore a rarity and has created jobs for around 250 women.  Most of Hadya’s employees are householder widows, who work from their homes. Hadya collects their products and sells them in specific shops in Faizabad city, the centre of Badakhshan. 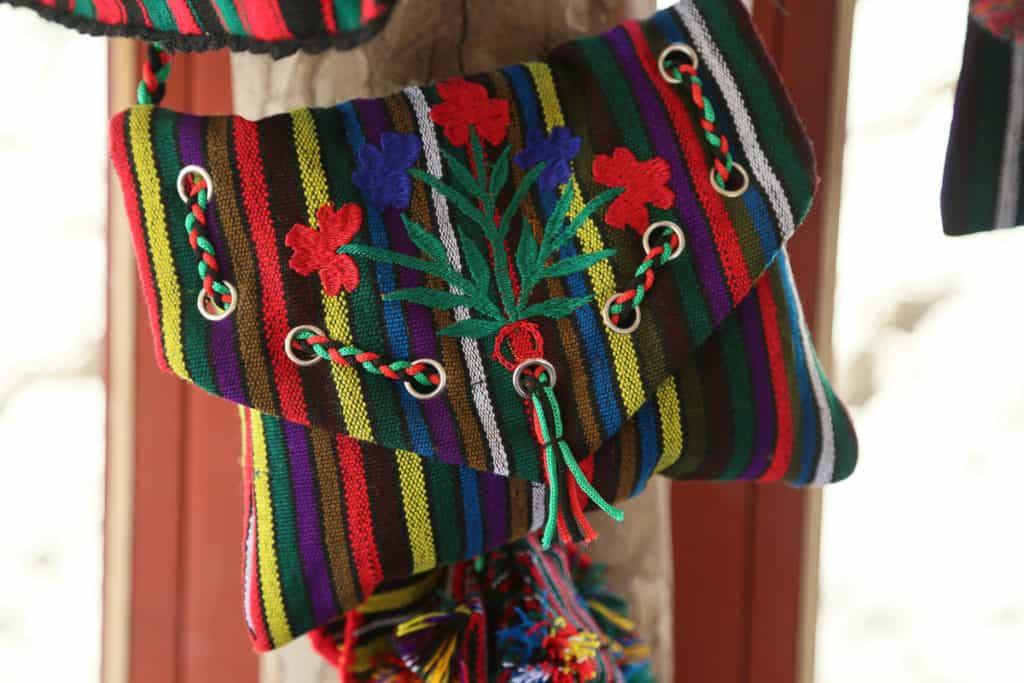 Handicrafts are highly valued in Afghanistan; Hadya and her team are making a variety of products for the local markets. © LITACA Afghanistan /2019

Hadya explains how the LITACA project helped her to start and grow her business. “LITACA organized an exhibition in Tajikistan and introduced our products there,” she says. “I have also been trained by LITACA in business and marketing management, which has helped a lot.”

Online marketing is a relative novelty in most parts of Afghanistan, but Hadya with her team run social media campaigns to attract customers. She has even attracted interest from high ranking government officials.

“My recent project was making covers for the governor’s house furniture,” she says. “Covering furniture with locally weaved cloth is a prestigious choice for people.”

As Hadya’s business grows, she will provide more work for people in her area, particularly those, such as women and people with disabilities, who are traditionally excluded from the workplace. If LITACA continues to produce successes like these, it can be scaled up and applied in other parts of Afghanistan, increasing incomes and economic resilience.

As a trained midwife, Hadya is used to bringing new life into the world. Surprisingly, she now finds that she has brought life into her community through thriving businesses. 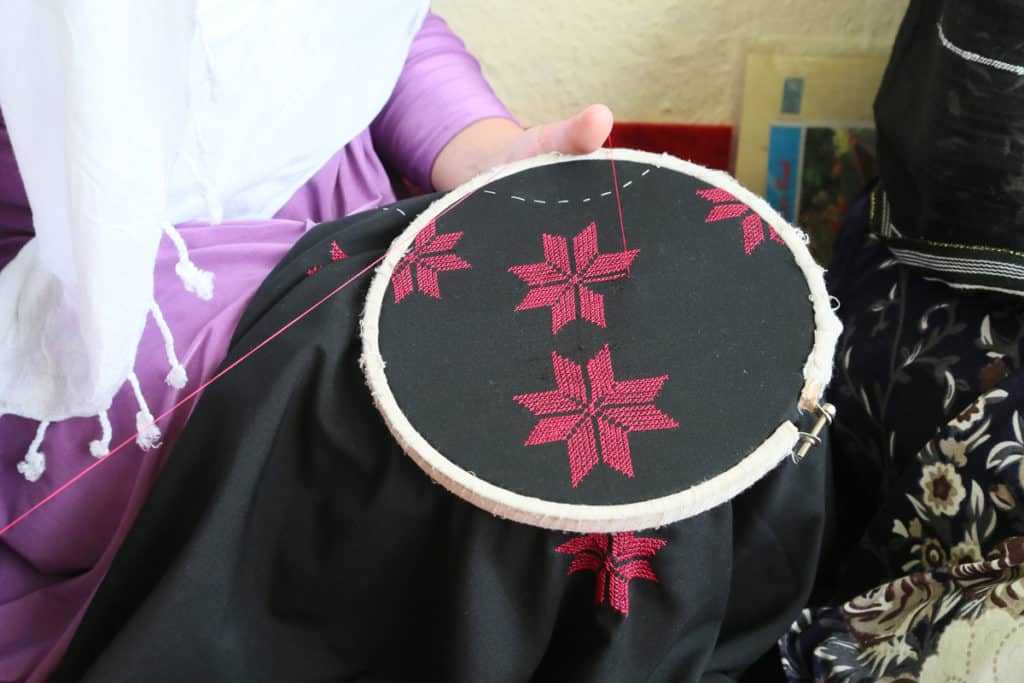 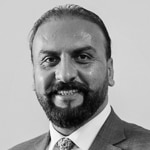 Roshan Safi was born in 1979 in Logar province of Afghanistan to an educated family. The 1979 Saur Revolution and its subsequent incidents forced his family to migrate like millions of other Afghans. He successfully completed  elementary and high school education in Lycee Istiqlal (Fraco-Afghan High School) in Peshawar in 2000. Subsequently, in 2007 he received a B.A in Economics and Social Administration from Ryerson University in Toronto, Canada. In 2011 he received a Master’s degree in Business Administration, specialising in Project management and Analysis, University of Ryerson Toronto, Canada 2011. He started working as a Project Manager with the Customize Training Wheel (CTW) in Canada until 2013. Subsequently, in 2014, he returned to his home country, Afghanistan and worked as a program specialist and development advisor with the National Area-based Development Program with the Ministry of Rural Rehabilitation and Development (MRRD). Since 2015 he is serving as Project Director for the Livelihood Improvement in Tajik –Afghan Cross Border Areas (LITACA) at the Ministry of Rural Rehabilitation and Development (MRRD).

The long and winding Silk Road: My quest to uncover treasures from Central Asia
Five fingers full of skill: Four artisans from Tajikistan
Pesh boro: Epic weaving from Afghanistan
Aziz Murtazaev ✿ Why I returned from London
"Forty hunar are not enough": Craft and community in Uzbekistan
The Gallery of Small Things: An intimate horizon
Why the copy of a Turkmen wedding dress is better than the original
Shyrdak: A sunny day in Kyrgyzstan