Eunjin Ko describes her project to create desk ware for contemporary use, inspired by the eagle which protects Cheongju’s iconic temple. She continues its ancient history of innovation.

(A message to the reader in Korean.)

Garland has had a special relationship with the South Korean city of Cheongju, the site of the world’s largest craft biennale and the launch of our very first issue. Cheongju has a special role in technological history as the origin of the world’s first printed book, the jikji, created using metal type 78 years before Gutenberg’s Bible. During the last biennale, a Korean leather maker drew inspiration from this history to find a place for its spirit in a new technology of leather with 3D printing.

망새(望瓦) mangsae is a roof tile(ridge-end tile) that is placed at the two ends of the tiled roof ridge of Korean traditional house, also called chimi. It has a shape that resembles the head of an eagle, so it is also called a chidu or chiwa. Mangsae symbolises the majesty of the building and offers a prayer for its safety. In Korea, they came into use in important buildings such as Buddhist temples and palaces during the Three Kingdom Period. Mangsae in Heungdeoksa Temple, Cheongju, has a thick line on the side that separates the body and feathers, and the feather shape of the flying beast is expressed on the outside (height is 136cm). Now, this mangsae is preserved in the Cheongju National Museum.

(發) bal (The Chinese word 發 in the title) has multiple meanings: start, spread, and emerge to the modern era.

There were goals of this project was to develop a new paradigm of 3D craft printing by fusion with leathercraft in a way that promoted Cheongju as a place of cultural innovation, both ancient and modern. 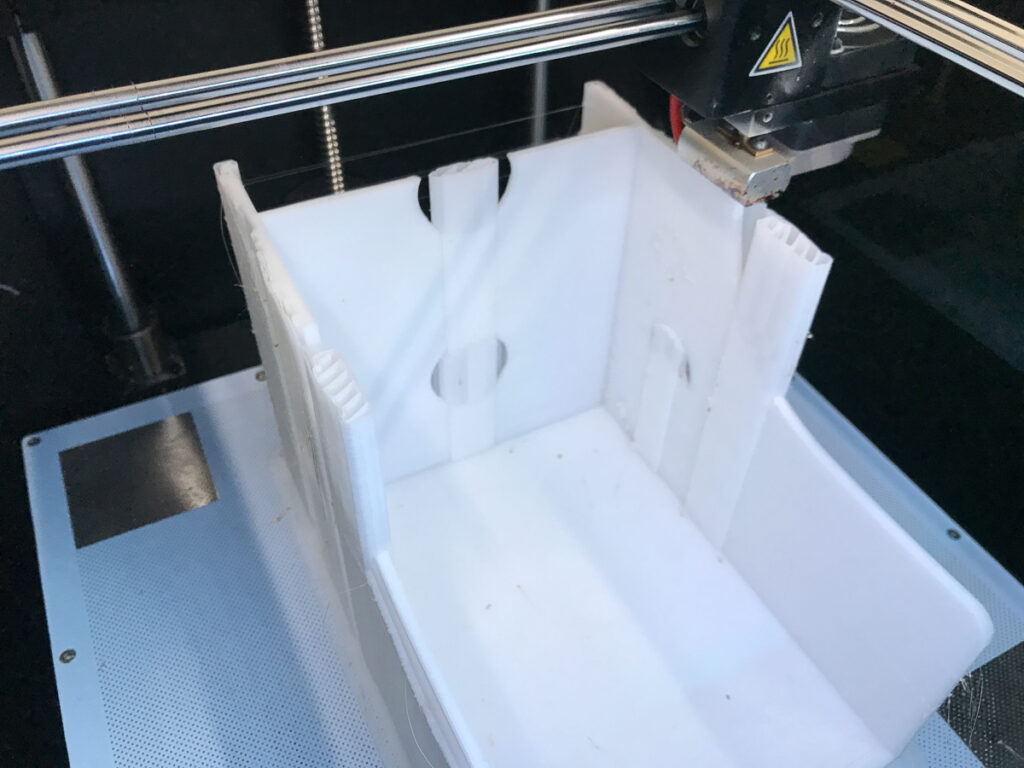 Leather is a flexible material. It has a chameleon-like personality that offers softness and comfort. It can take various forms depending on durability and degree of hardening of leather. However, there is a limit to the need to fill the skin with a hard-to-wear supplement when it is made as a work that has to be erected on its own. In this case, 3D printing technology can provide endless development potential for leather crafts. 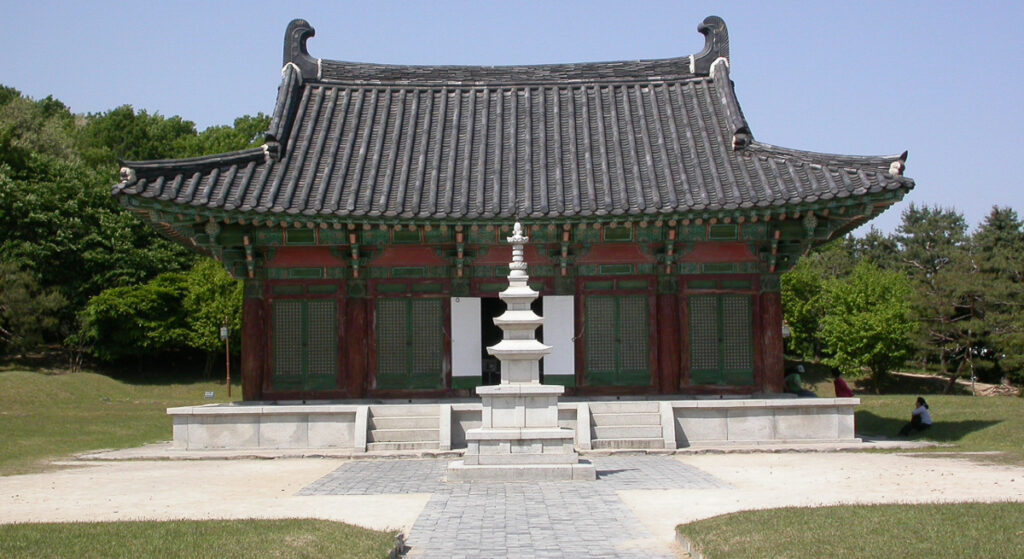 Heungdeoksa Temple, located in Uncheon-dong, Cheongju, is where the world’s oldest metal type jikji was printed. The temple is a traditional tile-roofed house with a mangsae(chimi) placed at the two ends of the tiled roof (Guem-dang roof ). The shape of the mangsae that has the meaning of protection to Heungdeoksa Temple, which was modelled after the shape of the eagle, seemed to be keeping the characters that resemble our spirit. 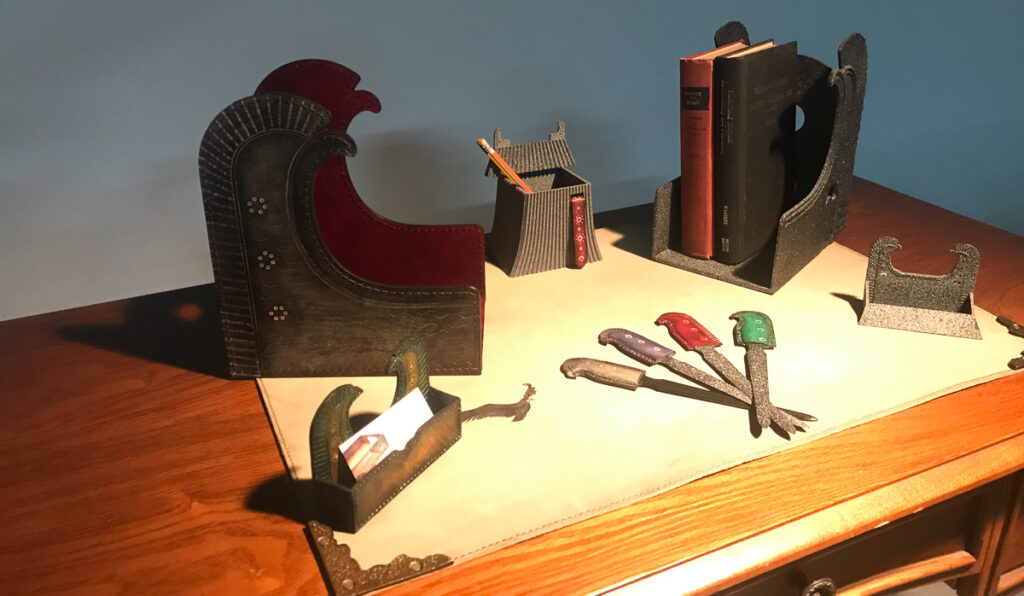 The mangsae found in Heungdeoksa Temple has special meaning to me. During the Japanese colonial period, we in Korea almost lost our language, Hangeul. The shape of the eagle is not only made for safety, but it is also a much appreciated figure for the present time when we can freely write Handeul (Korean). Mangsae, made in order to protect Heungdeoksa Temple, which was the birthplace of metal type jikji.  And with such gratitude, I brought Mansae Bal(發) hada to the desk we are using in the present. Through this work, I would like to reflect on the value of mangsae in the Heungdeoksa Temple and open a new horizon of crafts with innovative modern leather crafts.

I am an artist living in Cheongju, Korea. I am working on leather with Contemporary art and industrial craftsmanship. To me, leather is like a paddle rowing through a ship named Eun-jin Ko in the sea of art. I was selected for “Excellent craft development project” from Chungbuk Craft Cooperative, and I have developed a work that combines cyano-type on leather which was in the BAMA international art fair in Busan.