New Zulu beads to be worn with pride 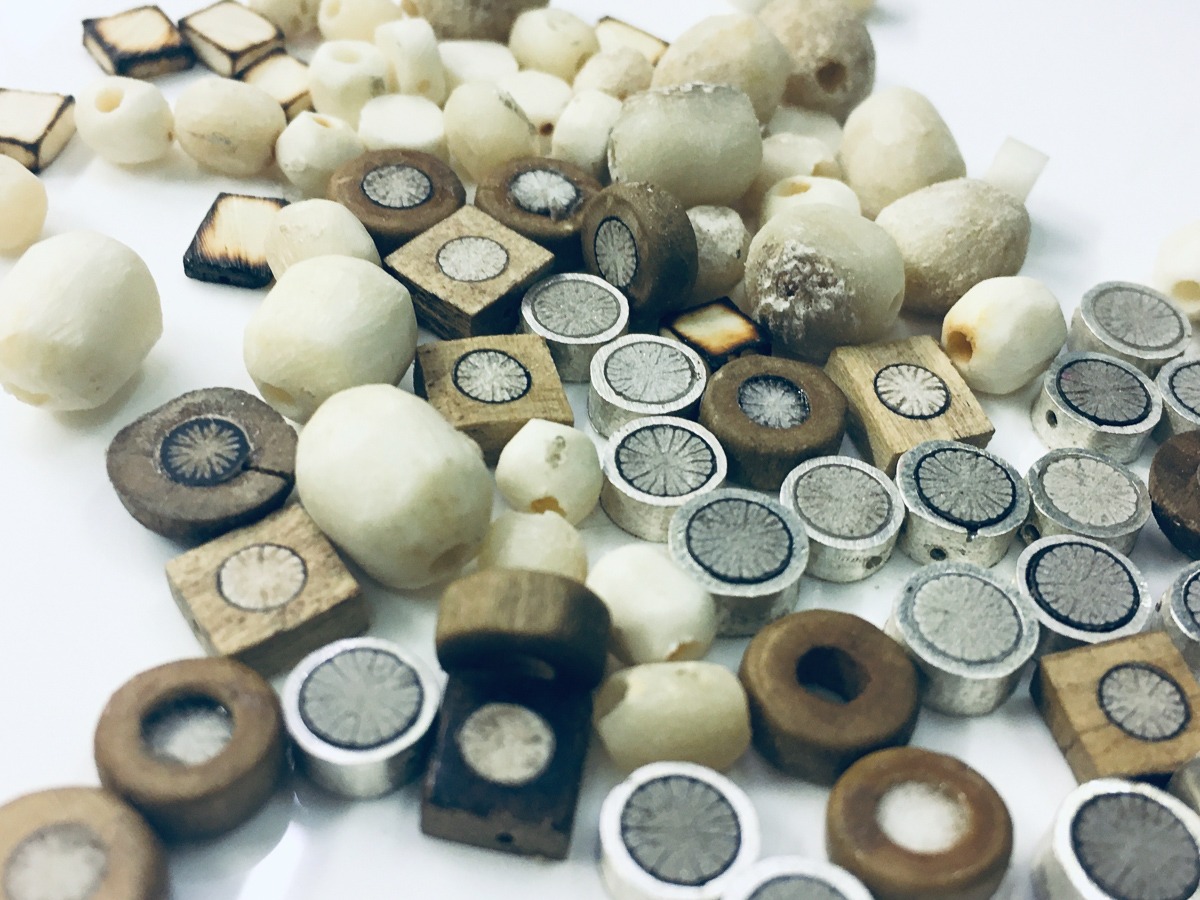 Mbuso Zondi’s commitment to his Zulu culture is reflected in his project to create new beads that use more traditional materials that those imported in the past.

(A message to the reader in isiZulu.)

It is time for old indigenous cultures to clash with the new civilisation when tradition faces powerful exotic influences. It is time for men to suddenly become conscious of the wealth of their threatened older culture, the glories of their forefathers, the richness of their tradition, the beauty of their art and the purity of their song.

Zulu identity is a shifting and multifaceted concept that should be tracked over time. To identify it today we should first review how it interacted with previous intrusive forces. What remains an issue for Zulu people is to come up together in a non-traditional or non-modernity, but balance the project that best suits individual interest so that people will not be forced to choose between the two, but embrace both in one project. It has been hard to imagine Zulu self-conscious elders putting together a coherent traditional “identity package” that would appeal to a mass media audience in KwaZulu Natal and around the globe. This is due to technology that has taken over the production industry, which they do not know anything about. But at last, the light is showing at the end of the tunnel and that issue seems solved when it comes to Zulu material culture with new designs and style that has re-worked and designed to fit individual interest yet still retained a high level of Bantu flavour.

I am a young cultural and traditional guy from rural areas of Impendle outside Pietermaritzburg and now at the University of Johannesburg Jewelry student enrolled for masters. I came up with a project last year, that balanced indigenous materials from Zulu tradition and precious metal. This will allow individuals to embrace both materials in the form that suits their interest without having to choose between traditional or modern. They can celebrate their own materials and styles in a package that evokes their true identities and give them a sense of true Zuluness.

This project was motivated by the treatment of indigenous people, especially Zulu, in public spaces (South Africa), where they have been called names and insulted because of their belief or engagement in indigenous practices (sangoma, material culture, etc). There are stereotypes around indigenous materials which portray them as embodiments of evil forces. In Johannesburg, Gauteng province, a student was called a “demon” at school by some of her teachers for wearing Sangoma beads and instructed to cover them up so that they will be hidden from other people.

Another case happened in 2011 with Ngizwe Nkosi, a former radio host, TV presenter, traditional healer and activist, who was returning from United Arab Emirates. He was a national traditional ambassador working on uKhozi FM as a co-host of Sigiya ngengoma (maskandi music show). He had his iHawu (Zulu traditional shield) confiscated at Durban King Shaka Airport. He was threatened that if he did not give it up it would be destroyed because it spreads germs. This is really sad and hard to understand more than all an insult and disrespect to indigenous practices and material culture. Especially since this embarrassment to indigenous practices and material is caused by indigenous people of the same nation who are supposed to understand and respect indigenous cultures and traditions. Here in South Africa, there are more “born again” churches who spread the stereotypes about indigenous traditional practices as demonic and ancestors as demons.

I look back to eNzinga, where I grew up in the village of Impendle. We did not have much to play with, but we enjoyed our childhood since there were indigenous practices and craft kept us going. Here using mostly natural materials that we can find in the village like clay, rocks, wood, bones and wire. We never really realised that we did not have much because it felt like we had everything we needed.. There is a Zulu phrase question that we liked to use and is currently popular amongst maskandi (Zulu traditional music) artists and followers: Ngangingemzulu ngangingaba yini? (What else I was going to be if I was not Zulu?). This is a show of pride and honour amongst Zulu people, but it means nothing if we as Zulu people do not practice Zuluness and stop trying to fit in everything around us.

Even though my artwork or jewellery do represent both worlds, it is still more important for me to keep the Bantu style in my designs, which give it an African flavour, yet new and beautiful. The challenge is to maintain a balance between traditional and modern materials. I seek to counter emerging globalisation which has opened a big gap between indigenous and western materials.

My jewellery is inspired by Nguni ethnic Zulu beadwork, Zulu material culture and tradition. This is slowly vanishing because of Western, European and lately Asian influence in our people. I aim to offer an appealing look so consumers will not need to be afraid of any insults they might receive when buying or wearing traditional related objects. The question remains whether Zulu society as a whole will accept and embrace this new style with pride.

The Western stereotypes against indigenous materials, such as the concept of fetish, have helped foreign materials to take over our production for generations. Western culture does not reflect indigenous people as they truly are. However, in the past years, the light is finally showing with the increasing number of young artists who have emerged with pride like Sjava and Sho Majozi. They are great advocates for South African indigenous culture and bring international recognition.

These creations, designed by myself as a Zulu cultural man, using Zulu traditional experience, reflects my love of indigenous adornment. I support all those who acknowledge uniqueness and beauty, which evokes a shared humanity and their forgotten past, where people lived as clans or tribes. This gives us a sense of pride and authenticity in the world of sameness.

The next step for this project is to find platforms like an exhibition where it can be promoted. Everything will go as it was planned when life goes back to normal, but the public needs to wait a little bit to witness this innovation. 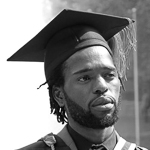 I would like to great readers and lovers of this great magazine, especial indigenous native people from Africa and around the globe. Also thank editors and everyone involve for the opportunity to be part of this collaboration. My name is Mbuso Zondi from Impendle- a village in the outskits of Pietermaritzburg, where I was born and grew. I am doing masters in Jewellery design and manufacture in University of Johannesburg- where I came with idea of embracing with pride, skills and knowledge of the past from Zulu indigenous people by incorporating indigenous material from nature in my designs.

He tupare o ka kupu (a garland of words) 🎧
Wissa-Sophy: Back to the woven garden
I wear letters from the past
Quarterly essay: Embodied history 🎧
The Dirge and the Vital Heat
A new festival for Madagascar, the home of wild silk
Whakahoki: Returning to the lunar cycle in Māori culture
Sheraz Faisal ✿ Art becomes jewellery in Lahore