Pathways through The Social Outfit 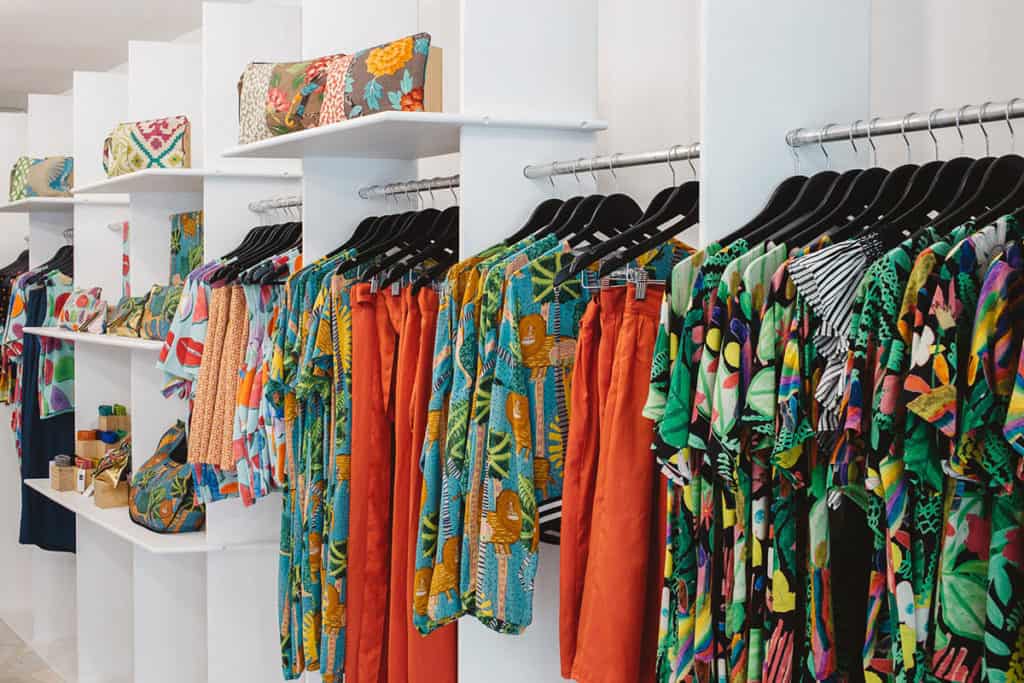 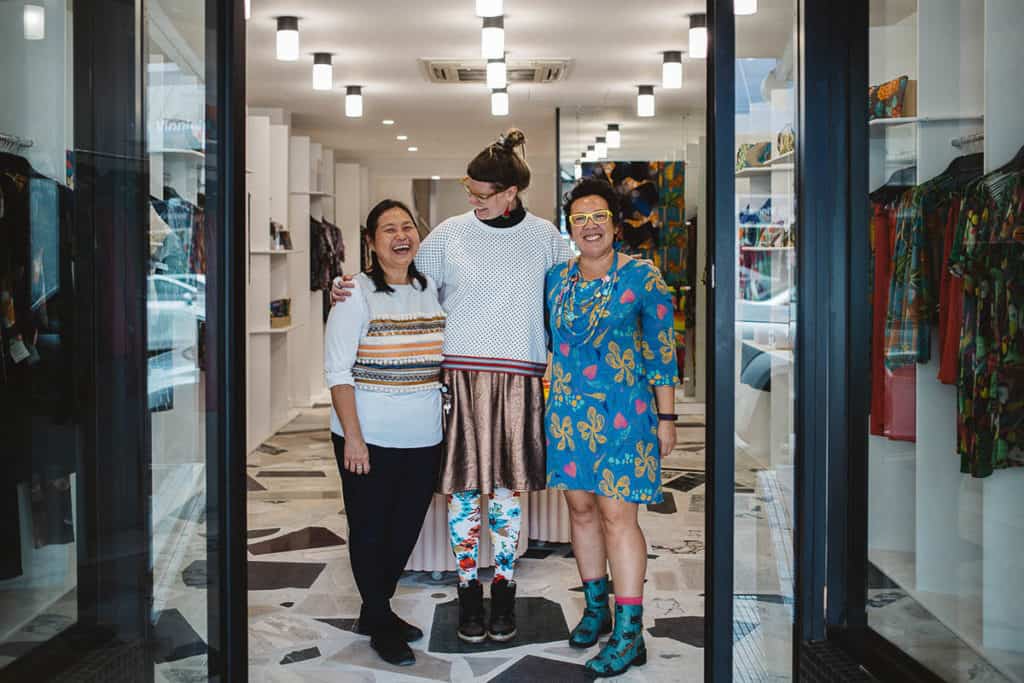 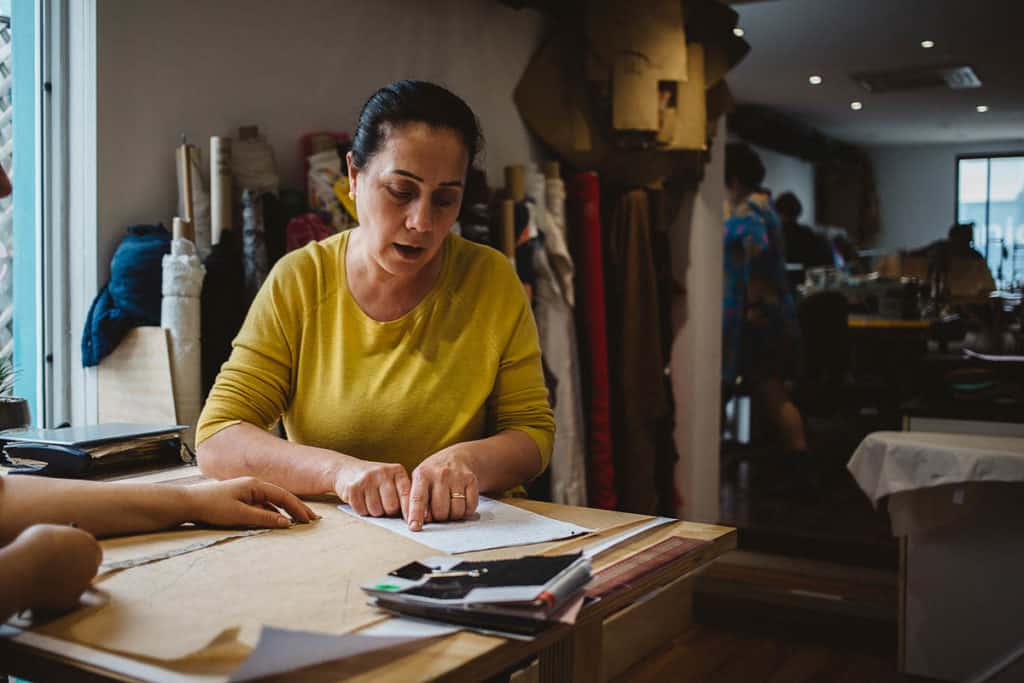 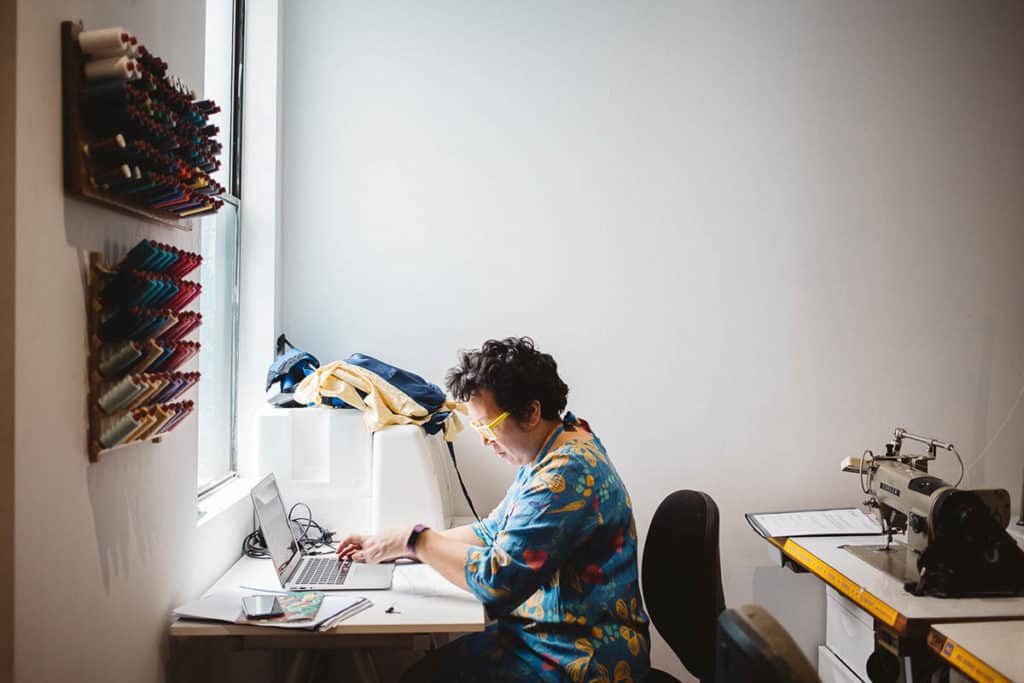 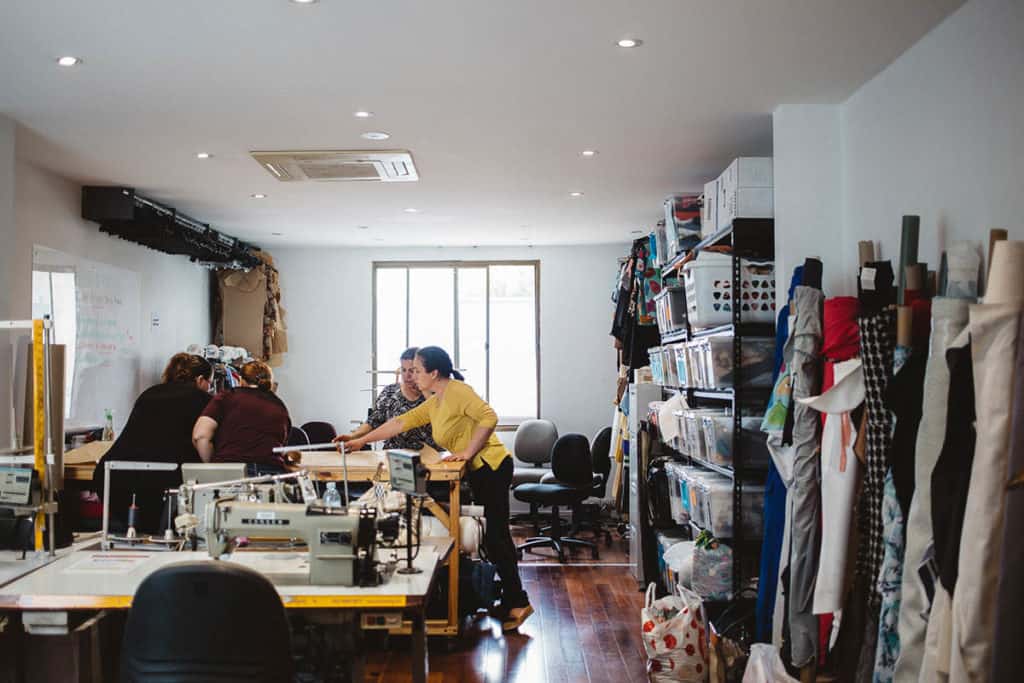 Colour Chameleon was the title of The Social Outfit’s first collaborative fashion collection. At their launch party in 2013, I remember watching on from the audience as one-by-one the richly eclectic, bold and joyful garments graced the stage of the modest Newtown neighbourhood centre. The faces of the young models from the community beamed as textile prints from designers like Ken Done and Linda Jackson danced in the spotlight.

I felt energised by how this small social enterprise was able to engage with people. It wasn’t just its clothing that was chameleon-like—as a retail store, onsite manufacturer and sewing school, this unique organisation was reinventing what it meant to be a fashion label with heart. Five years on and The Social Outfit is thriving in their recently upgraded retail space in Sydney’s Newtown, a move determined by both the squeeze of commercial real estate and the growing need for a larger workroom. From the street, it looks like a typical fashion boutique with bold prints, high-fashion silhouettes and on-point styling. This is not a facade—it is all of these things.

Entering their serene store, with its seashell colours and eye-catching terrazzo floor, the garments seem to jump from the racks and fill the space with colour. There is a vibrant, confident and celebratory flavour here that reflects the true culture of Sydney, and has been one of the driving forces behind The Social Outfit’s success. That and a lot of hard work from a passionate team of people.

Before I introduce one of these special individuals, a little background. The Social Outfit was launched in 2013 off an already successful model established by its sister studio, Melbourne’s The Social Studio. This happened to be around the same time an eight-story commercial garment factory collapsed in the Dhakar District of Bangladesh, tragically taking over a thousand lives in an instant. It was a disaster that unions described as mass industrial homicide. The world was suddenly shocked into the realisation that the lives of garment makers were considered as disposable as the clothes they were making.

I was working as a textile designer when this happened, for a company who had their hands dirty in these kinds of harmful operations. This made me complicit, too. Like many, I began to reevaluate my affiliations—to ask the question “Who made my clothes?”. I was a small cog in a very large machine, but if you remove enough small parts the whole machine has to be reconfigured. That was how I saw my and many other industry workers’ efforts being effective in this gargantuan task of reconfiguring the fashion industry. To hold it accountable. To witness the human cost of hyper-consumerism and to force it to care for people.

These are the values that have been at the core of The Social Studio and The Social Outfit’s enterprise from the outset. The Social Outfit introduces itself as “a fashion label with a difference”, and it’s this difference that has made them pivotal in the changing landscape of ethical and sustainable fashion in Australia. Their operational model is called an ethical trading social enterprise, and their mission is to provide employment and training in the fashion industry to people from refugee and new migrant communities. This can cover anything from clothing design and production to retail training and marketing acumen. I have trained in these areas and can attest that fashion 101 is no easy undertaking. There is technical and artistic know-how, an intuitive understanding of people’s motivations and acrobatic decision-making that all need to be considered. Since their launch, it has taken a small team of driven and dedicated professionals to teach these fundamentals and turn their mission into long-lasting reality. One of these people is Joanne Morton.

Joanne is the social enterprise’s sewing trainer and manufacturing manager. After experiencing the positivity and potential of Colour Chameleon, I offered to help in any way I could. I volunteered some of my time designing textile prints before officially joining the small team in 2015 to assist with design, marketing and creative direction. I worked closely with Jo on all things clothing-related, and throughout our time as friends and colleagues, I witnessed the positive effect she had on all the women she worked with and the lasting connections she formed. As someone with near five years involvement at the heart of the organisation, I asked her a few questions about the impact The Social Outfit has had on the lives of the refugee and new migrant women she has worked with.

What kinds of unique talents have you seen the women in the greater Sydney community bring to The Social Outfit’s workshops and training programs?

The strongest attribute that all the women have would have to be resilience. Despite all that they have been through before ending up in one of our workshops, they are always keen to learn and to try. They may not be natural sewers or ever get a job using these skills, but that doesn’t stop their resolve to keep trying and to improve. Other noticeable qualities are their ability to have a laugh, and the desire to share their interests and the positive aspects of their lives – such as their children, what they wear to the many parties they attend each week, the amazing food that they cook and various items that they can make.

Many of the women come to class with little knowledge of machine sewing or patternmaking, but they do often have experience with hand sewing like being able to embroider or bead intricate designs. One student even carefully constructs dolls from mentos lollies!

What kind of short and long-term impact do you feel the training programs have on the women you have worked with? And what kind of personal changes have you observed?

Short term I’ve noticed an increased confidence in not only sewing but also asking questions and speaking in front of a class. I encourage small presentations throughout the year to get them used to speaking in front of others. In the short term, coming to class each week on the same day and time and at the same place provides some stability to their lives. It is also a great place to make new friends, with many of them remaining friends and staying in touch outside and beyond class.

The long term impact can mostly be seen with the alterations group I taught last semester. This group of six women were attending a series of my classes over an 18 month period. Again, I would say increased confidence, but more so in other aspects of their life. For example, four of the six women did some paid work placement with us, increasing their exposure to small manufacturing in Newtown as they caught a train from Fairfield. This experience along with attending classes gave them greater insight into working in an Australian workplace and broadened their idea of what could be possible for them. As the alterations group came to a close, the same four women attended the TAFE information session at Ultimo to find out about enrolling in the Cert III Fashion Technology course at TAFE. Prior to attending The Social Outfit’s programs, I doubt that they would’ve thought that was possible, or would’ve felt comfortable and confident enough to do so.

For me, the programs are to teach sewing, however, the greater outcomes are social.

For those wondering how the training programs work towards an end goal, could you briefly explain the timeline a student may take from initial contact to qualification and/or employment?

Two of our permanent staff, Beh Beh and Bleh Wah, are great examples of the “ideal” timeline for a TSO student. Both had done some home sewing before enrolling in the Cert III in Clothing Production that we used to offer in partnership with TAFE. They attended 3 days per week and completed the course in 12 months. After graduating there was an opportunity firstly for Bleh Wah, and then for Beh to join the sewing team on a part-time basis. They then trained as sewing technicians for 18-24 months before we found them and transitioned them to other stable employment in sewing.

How would you describe the atmosphere in the workroom on a busy day?

On a busy day, the workroom can be filled with MANY people but still be calm and quiet, with everyone working together in a wonderful flow. Then at other busy times, there is lots of laughter, some singing and occasional dancing—the dancing and singing being more frequent when Beh is around! It’s always great to see the workroom full with someone on every machine and at the cutting table. That’s what the place was set up for!

The Social Outfit can be found at 188 King Street in Newtown, Sydney.

Shyrdak: A sunny day in Kyrgyzstan
Following nature’s rhythm: a season on the field as a Linen Steward
The box: A magic object of objects
Culture, craft and cuisine in West Bengal
Why the copy of a Turkmen wedding dress is better than the original
A gift of song: The melody of making Kediyun
For Peter Emmett, objects speak
A new festival for Madagascar, the home of wild silk