Accessing the heart of hand-stitch: Merging tradition and innovation on the Indian sub-continent 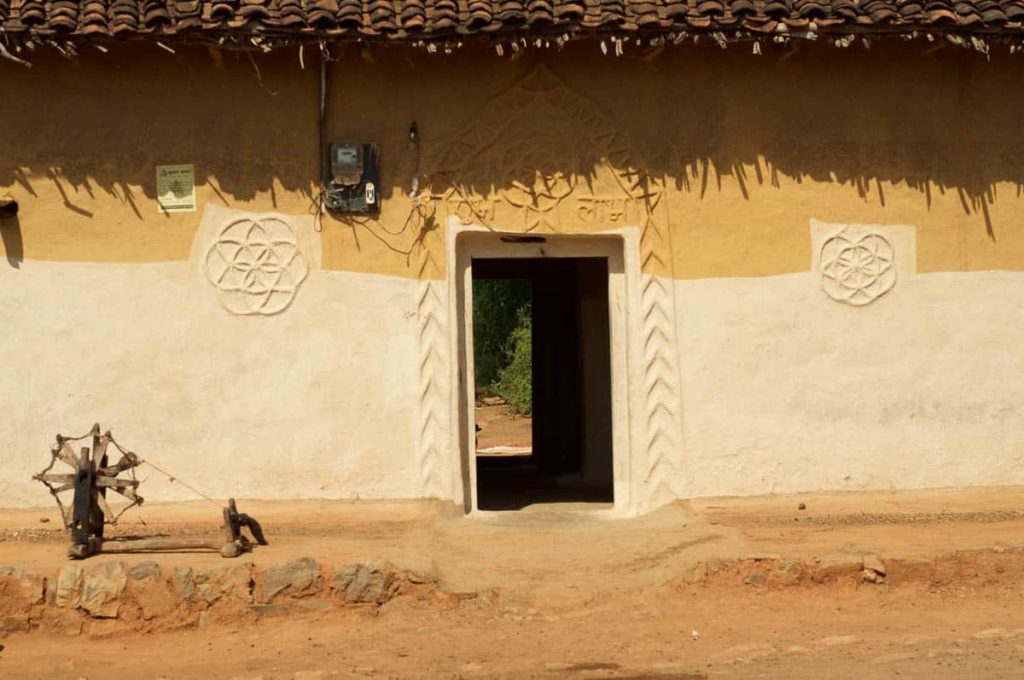 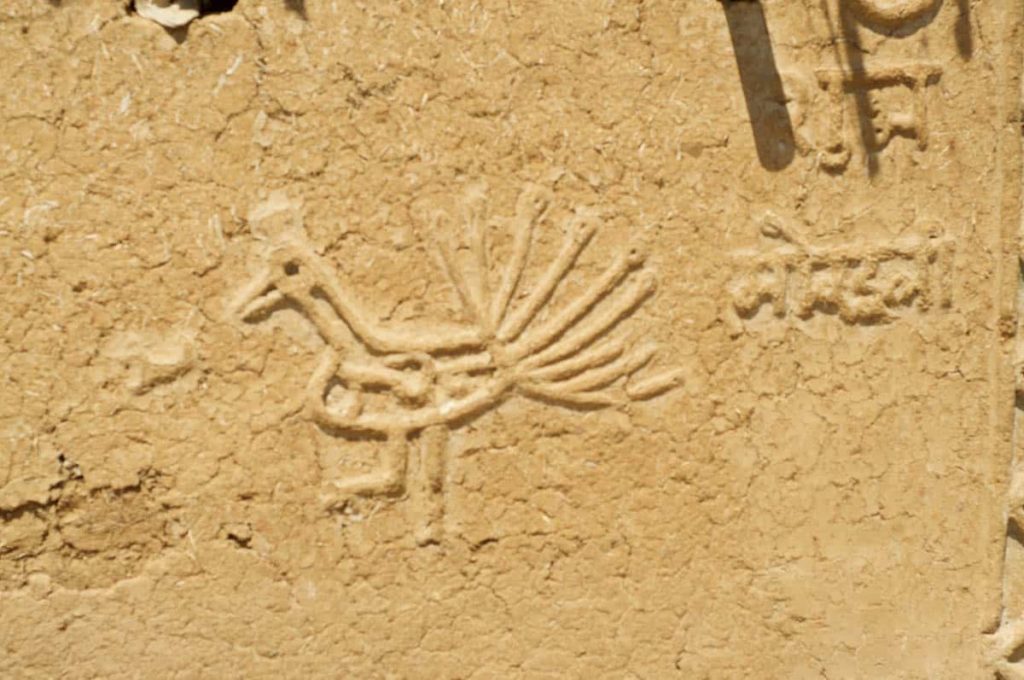 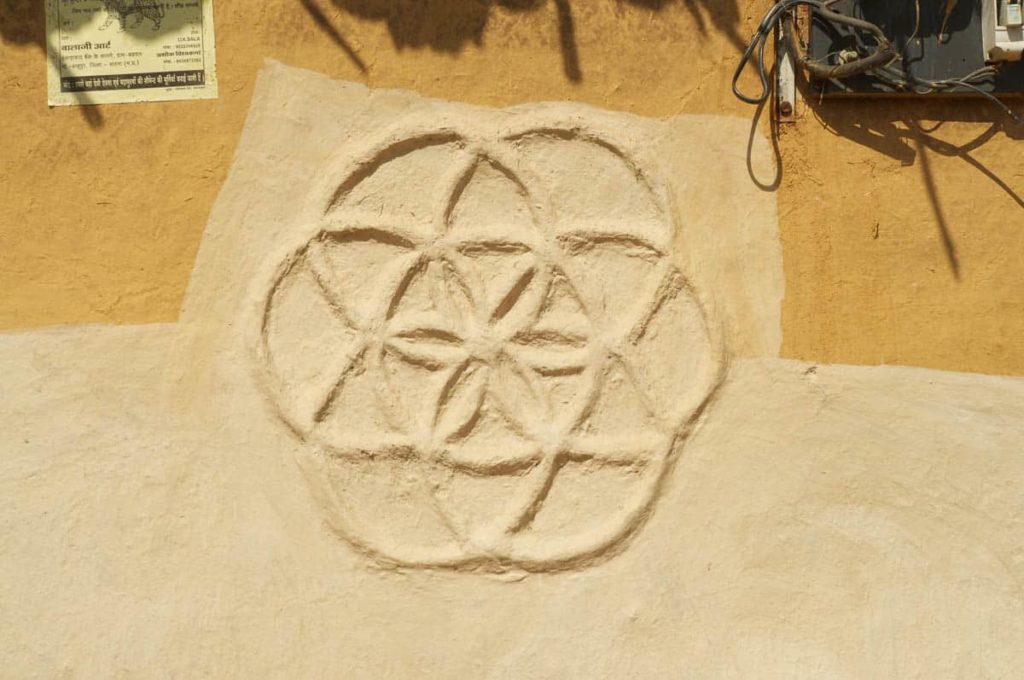 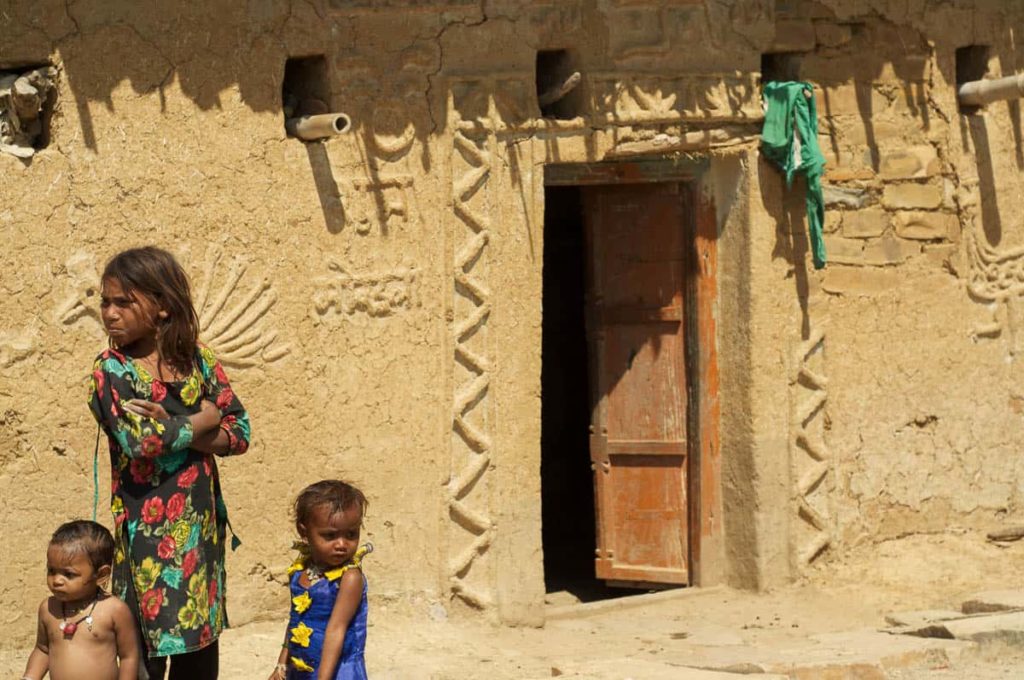 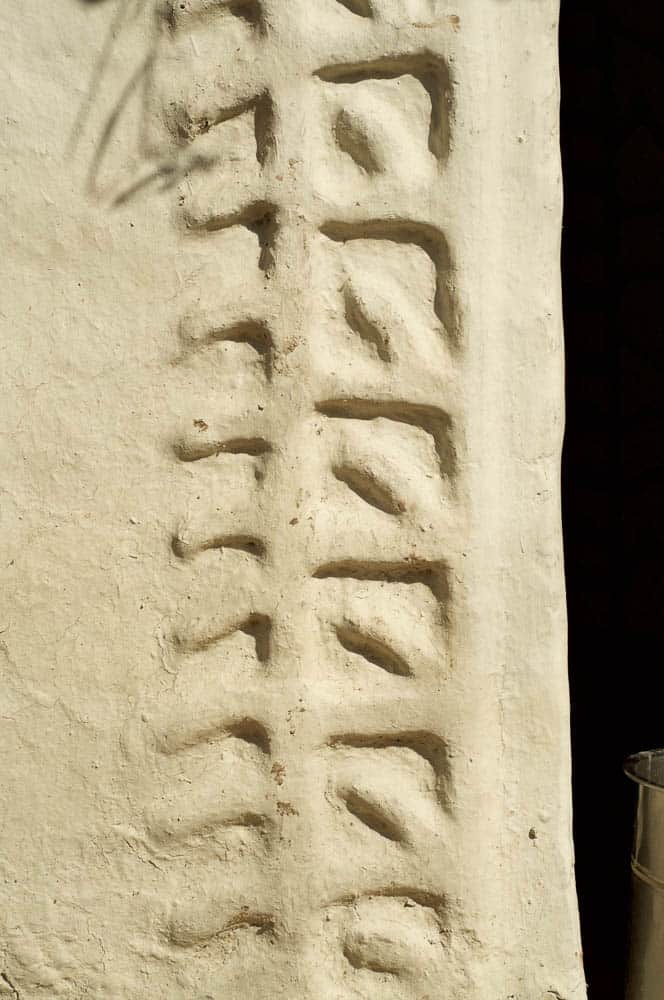 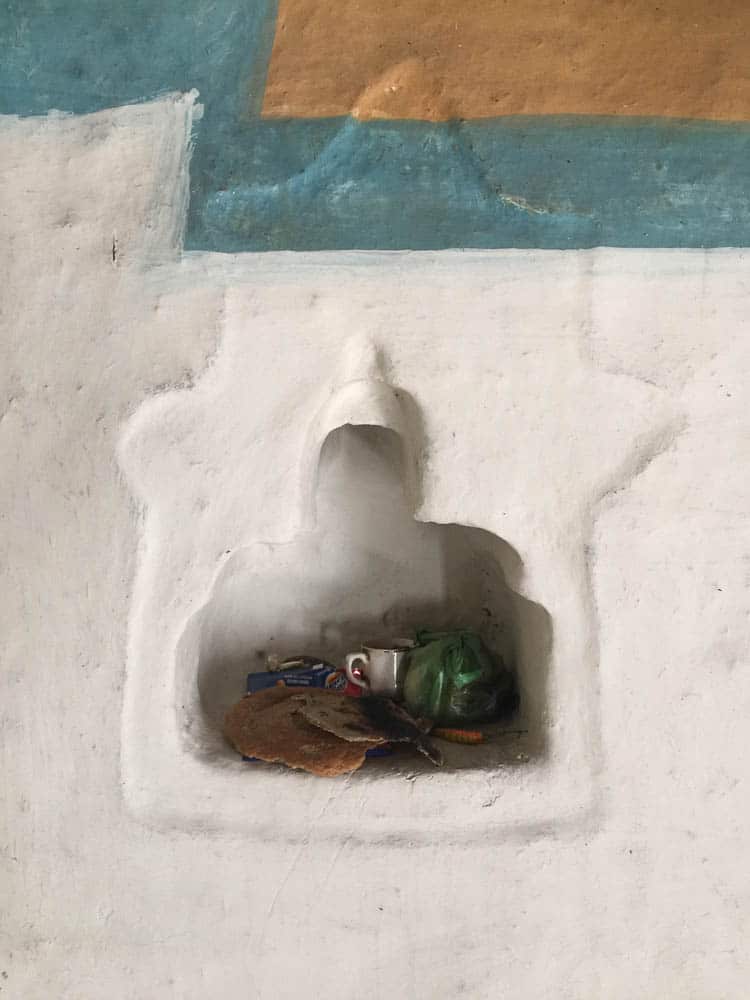 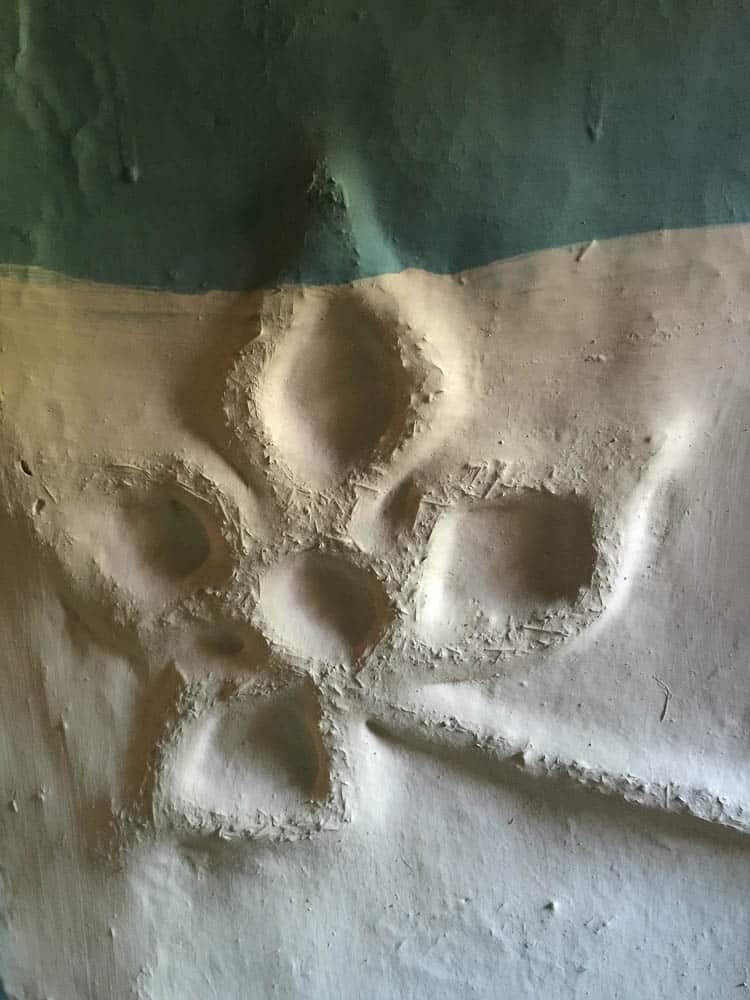 Finding themselves in a place far away from language and instinct was no obstacle for a group of young village women from a remote string of dwellings known as Ichol, in central Madhya Pradesh, India. These women opened themselves to the unknown, joining us in a collaborative process on our first visit to India together, as an artist team.

Encouraged to celebrate and extend their collective village modes of seeing was a leap of faith for these women. It required a willingness to overcome differences and to embrace us as outsiders and instigators of an immersive call to meditate together in stitch. To access the innate, tacit wisdom within their tradition, whilst letting go the well-worn path, to take on board an outsider perspective and vision.

The hosting hub for this partnership, a purpose-built facility for artists, sculptors, ceramicists and printmakers was Art Ichol, the vision of Kolkata gallery owner, Ambica Beri. We were invited initially to a 10-day residency in September 2016, a collaborative exchange titled “Disappearing Dialogues” instigated by Kolkata based Artist, Nobina Gupta. With our focus set to explore textile possibilities, a relationship was fostered with three local women during our initial visit.

During the exchange, we took in ancient temple ruins, the rich musical legacy of Baba Allauddin Khan, as well as many traditional remote villages, where we discovered weavers, spinning their own coarse wool, weaving simple, beautiful lengths for rugs. All the while what had us utterly captivated were the repeated motifs of natural forms, naïve and stunning relief work in straw and dung appearing throughout the traditional dwellings of the region. These became a focal point for establishing a dialogue with our stitching women, turning their gaze, to highlight the inherent value these symbols held for an enduring connection between a people and their sense of belonging. By establishing a reset within their approach to their makings, revealing this wealth of reflexive adornment to be worthy of celebration and iteration in stitch, these women were reawakened, to their delight, to a beautiful self-possession of the moment.

Returning to Fremantle, Western Australia, to build upon our initial spark, technology provided the means to nurture these humble beginnings via social media. This proved to be a vital tool in our continued engagement with this tiny village in the middle of vastness. We soon found that the temptation proved to be too much for some of the other village women who began to appear in greater numbers over the course of our weekly broadcasts. When we had a second opportunity to visit Ichol, spending five weeks in July 2017, we were heartened by the growth of our core group to around 12 women.

With the introduction of a meeting point, an innovative signature technique of stitching with ripped-silk (developed and used by Trish for more than 20 years) the women were asked to also consider design development within the heart-based language that was emerging. It seemed appropriate that this technique stood out, for more than one reason, as it had recently been employed to stunning effect in a work of ours commissioned by the WA Supreme Court Civil. (An entirely hand-worked embroidered artwork situated within a panelled wall behind the bench of the new ceremonial courtroom) This artwork cemented for us the power of imbuing hand-stitch with sacred intention, the propensity to carry the resonance of our pure aspirations. It was an incredible opportunity to embed a deeper layer of purpose, beyond the surface confines of our brief, stitch by stitch, and to see this come alive in the context of the work’s surrounds. Curiously, this artwork became the catalyst for our invitation to participate in the residency at Art Ichol only weeks after its completion, due to a visit to Fremantle by Tanya Dutt, then assistant to Ambica Beri. In another sense, it laid the groundwork for our approach with the women. 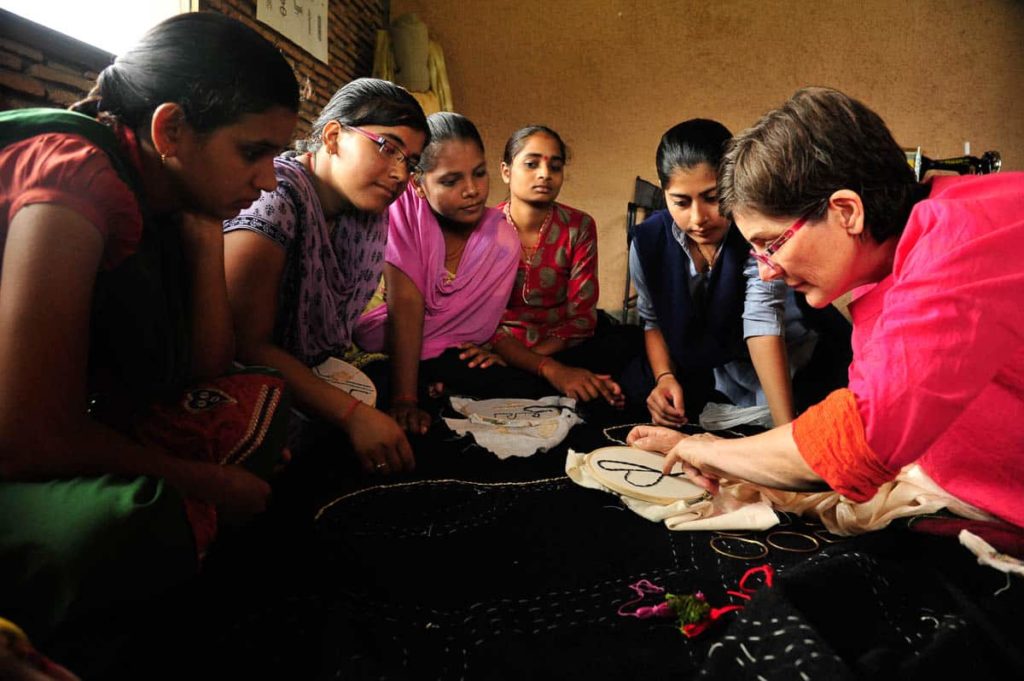 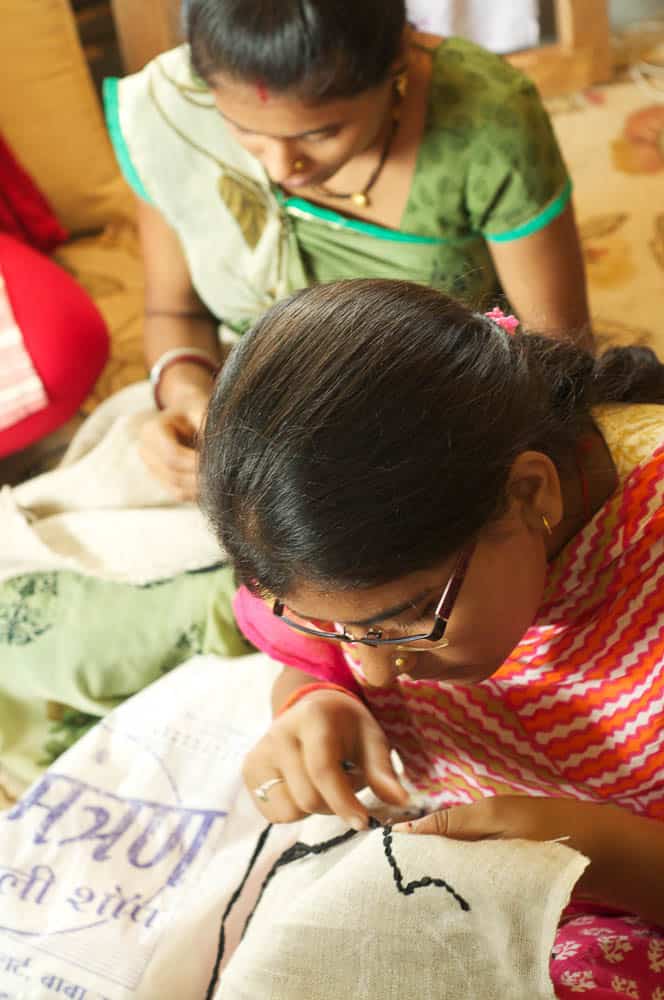 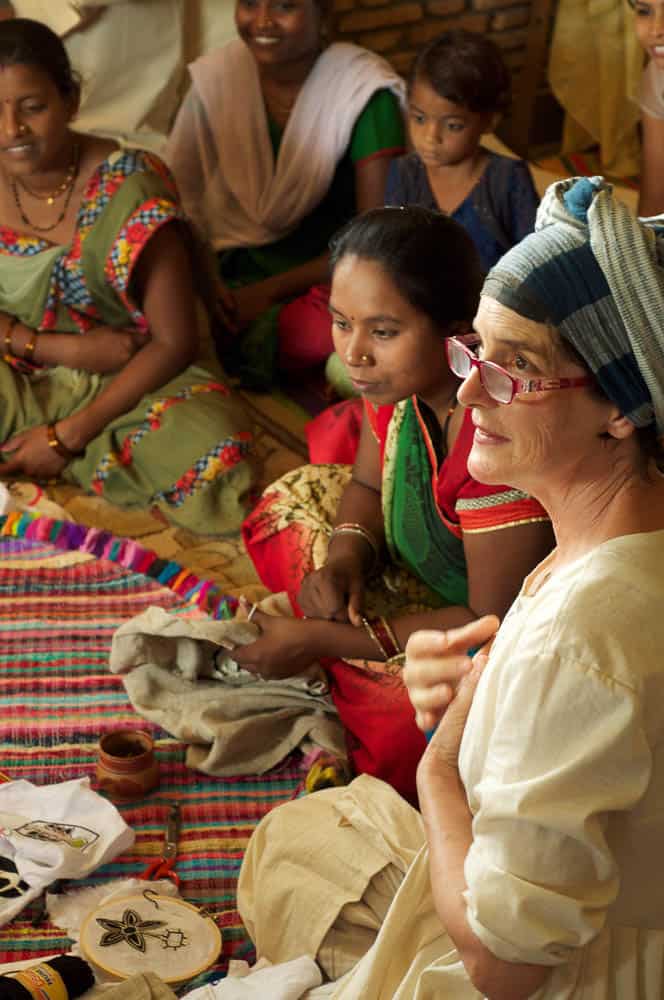 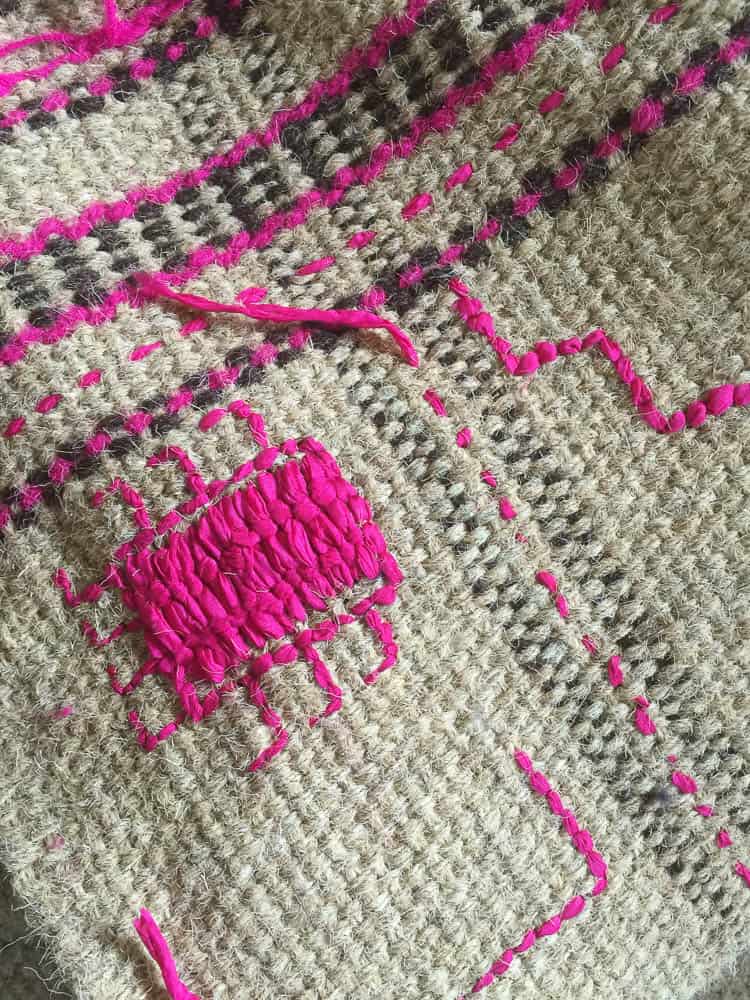 During our time at Ichol, Trish shared with these women that she has never experienced such resonance within a circle of makers, and of her sense that this was very powerful work, important work in the world, and yes, here they were in the middle of India, central Madhya Pradesh, a remote little village. If they could see this work imbued with heart, then they would be contributing to making the world a better place, because the world beyond their little village was so desperately in need of love and beauty. Through the transformative act of conscious stitch, they would know that their work carried an intention that would be recognised by whoever it touched. “It was as if everything I’ve ever lived for, was to be able to share in such a prayer, an offering, without holding back. And I didn’t have to hold back with these women.“

In sharing our perspective on the role that beauty plays in the why of the hand-stitch and the values associated with it, their traditions of adornment and nature worship received an upgrade in worth. We related that where we come from there is little pattern, and little importance placed on the role of beauty generally, within our modern lived condition. Trish had opened up her sketchbook at one point, revealing her drawings which translated their motifs, because, as she explained, they were so beautiful and meant so much to us, to recognise them as sacred-making. The women were so visibly moved, clearly revealing to us, a unification of heart intelligence. “So from that day forth, we considered the room where we worked, the stitch temple”.

Connecting in to their hearts, to work as a sacred act, the women achieved exponential growth and development, possible because of the mutual understanding reached between heart and hand. We were teaching, they absorbing, but there had to be a very real synergy within this relationship for them to improve at the rate they achieved. This new bud of awakening within these willing women led to a picking-up of the threads to evolve the imagery as hand-stitched silk pendants back home in Fremantle. We were thrilled to discover the resonance within a local group of sewing women here, who each poured their hearts into the stitching of these pendants, seeing the value in what we had initiated. A symbiosis that we hope will circle back to the stitchers of Ichol, to inspire further interactions and opportunities for us both. The pendants would feature in our runway collection for the 2017 Fremantle Fashion Collective, an opportunity to reveal the potency and intention of this work, to an entirely different audience. Did they notice..? Could they sense the resonance underpinning these hand-stitched pieces..? We sensed that they did.

It’s significant that we were passing on a technique that has an evolution in the hands of one maker, with the associated perfecting of method, associated with any craft. And that this could be shared and seeded into a community of remote village dwellers via social media, having the potential to alter trajectories and instil new layers of interpretation for all involved, a two-way feedback loop of sacred offering, a balm to heal and open hearts to beauty, simply because beauty is what’s needed, an honouring of the temple of human longing. 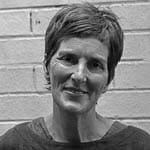 Trish Bygott is a textile artist and designer who has explored the application of traditional embroidery in a contemporary context through 30 years of practice. Since earning a B.A. in Textile Design from RMIT in 1984 and completing a 6-month residency in Perth, she has lived and practised in WA ever since. 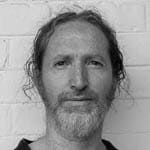 Nathan Crotty has a background in multidisciplinary forms since undertaking a B.A. in Fine Arts at Curtin University in 1986. Forming a design team in 2009, their current focus is on the garment, interiors, commissioned artworks and small product. They work from their small-scale studio and boutique in Fremantle, Western Australia. Trish also facilitates workshops in stitch, particularly focusing on it’s inherent therapeutic, healing attributes, and is passionate about cultivating contemporary design fundamentals as an educational arm of her unique signature treatments and practice.

Mala: The floral garlands of India
Vahana: An Indian-Australian cross-cultural ceramic experience
An invitation to create: The Deeper Voice of Textiles
Quarterly essay - Reclaiming the Lost Embroidered Garden
Tender cloths
The linking object: A textile mourning ritual
A visit to TÜR Studio
Beyond pink: The moment is the haven