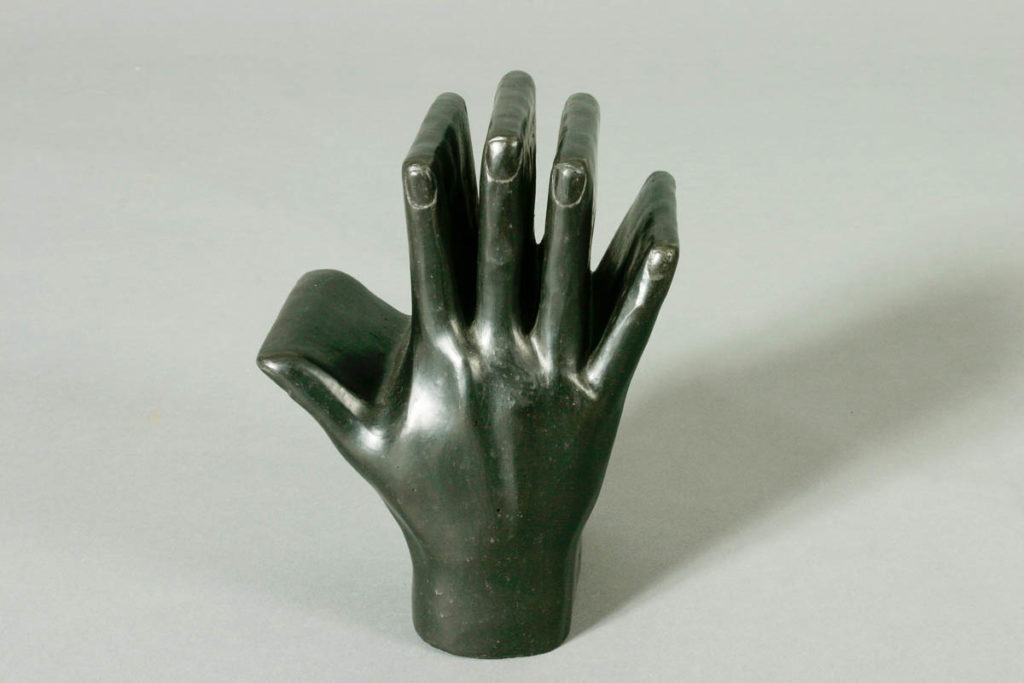 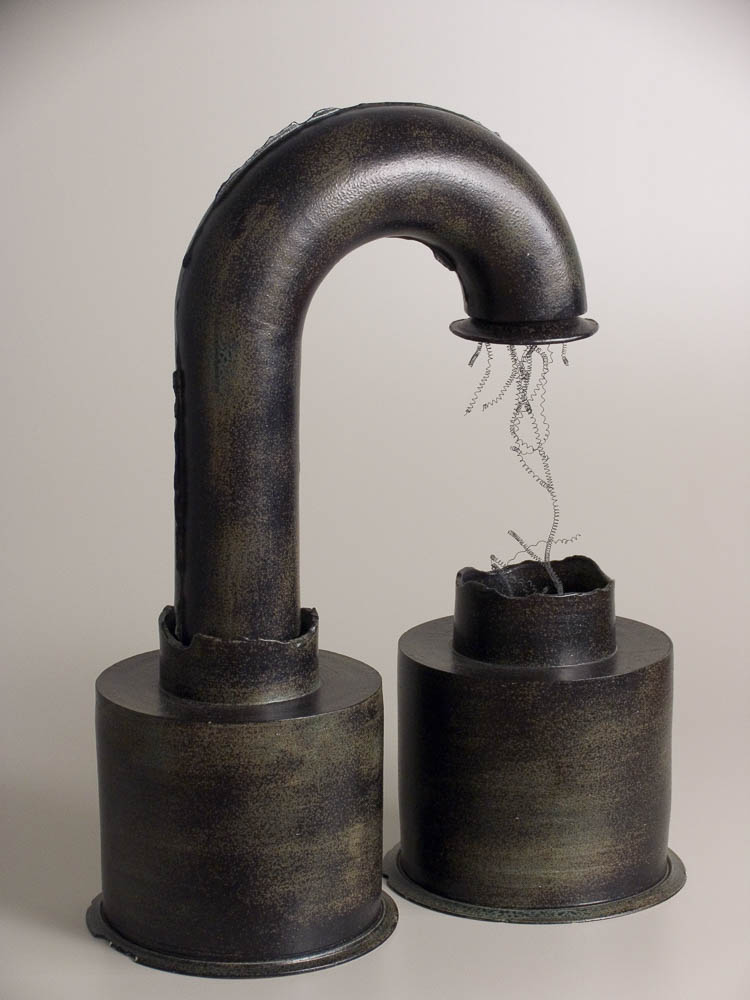 In 1979, Newcastle Art Gallery presented the exhibition Sodeisha: Avant-Garde Japanese Ceramics, the first exhibition to be held in Australia that brought attention to the ground-breaking work of the Sodeisha group of Japanese ceramic artists. The exhibition featured work from thirty-two members of the group including founding members Kazuo Yagi (1918-1979), Osamu Suzuki (1926-2001) and Hikaru Yamada (1924-2001). Following two years of touring a number of major and regional galleries in Australia, the group elected to gift fifty-eight of the sixty- two works exhibited to the Newcastle Art Gallery.

The forthcoming exhibition Sodeisha: Connected to Australia, to be shown at the Newcastle Art Gallery in 2019, provides an opportunity to re-visit and re-assess this pioneering group’s impact on the development of post-war ceramics in Japan and also explore its legacy and influences on current generations of Japanese and Australian ceramic artists.

Following the end of the second world war, Japan opened its doors to the west and artists began to absorb hitherto unknown western art movements. In the field of ceramics, the formation of the Sodeisha group in the late 1940s was of crucial significance. Collectively, they radically challenged the restraints of conventional ceramic art which had been embedded in traditions spanning hundreds of years and which had drawn extensively from both Chinese and Korean influences. The name Sodeisha literally translates as “crawling through mud association”, and refers to a term given to the “earthworm pattern” of a glaze of Song Dynasty pottery.

The 1940s were a period of searching and experimentation for the Sodeisha artists who were engaged with absorbing modernism, surrealism and other issues of concern to an international art world. The work of artists such as Max Ernst (1891-1976), Paul Klee (1879-1940) and Joan Miro (1893-1983) began to captivate them as well as the ceramics of Picasso (1881-1973) and sculptural work of the Japanese artists Osamu Noguchi (1904-1988) and Tsuji Shindo (1910-1981). However, the group’s members did not turn their backs on utilitarian or traditional forms. For many of them, particularly in the immediate aftermath of the war, the production of functional ware provided a necessary source of income. Interestingly, the majority of Sodeisha’s early members came from families with a long history of pottery making and alongside experimentations with abstract form, they continued to make utilitarian forms demonstrating “their practice of working unhesitatingly at all points along a continuum between the poles artificially divided as craft and art”. (Cort & Winther-Tamaki, 2003, p.156). However, in spite of their respect for traditional forms, in the early days of the group’s association, they were often criticised as heretics of a new era, villains intent on destroying tradition.

Through the assimilation of western influences, the group attempted a radical re-evaluation of their position as artists in a rapidly changing environment. It is surprising perhaps to note that the Sodeisha group, which was to challenge so radically the values of traditional based crafts, emerged from the old and staunchly conservative former capital of Kyoto.

Many of the group’s early pots were relatively simple works of an eclectic style that combined wheel thrown forms with abstract decoration strongly influenced by Western art. In 1950 when his works were exhibited at the Museum of Modern Art in New York, Yagi said, “My aim is the marriage of the new and the classic. My job is to find how to harmonise in my work the modern paintings of Picasso and Klee with the subdued flavour of the Japanese potter’s wheel.” (Takeo, 1981) Yagi’s re-evaluation of the potter’s wheel erased any pre-existing romanticism associated with it and rendered it as simply a tool for production. This radical change in perception was heralded by the appearance of Yagi’s seminal work, The Walk of Mr Samsa (1954). The title of the work references the novel Metamorphosis by Franz Kafka (1883-1924) in which the main character wakes up one morning to find he has been transformed into a cockroach. This work can be thought of as marking a metamorphosis in the work of Yagi himself and the transition away from the wheel towards the creation of more sculptural and abstract works which subsequently became known as “Objet-yaki” (Object-ceramics).

The Sodeisha works that will be displayed in this exhibition look in many ways as fresh and as modern today as they undoubtedly did forty years ago. Sodeisha finally disbanded in 1998 after fifty years, their mission to change the nature of ceramic art in Japan largely accomplished.  Their contribution to the development of ceramics both in Japan and internationally is undisputed and their pioneering work inspired and laid the framework for future generations of artists to extend and push the boundaries of ceramic art. This is clearly evident in the works from the ten contemporary ceramic artists from Japan and Australia, which sit eloquently alongside the historical works of Sodeisha. Ceramics, in particular, has been consistently invigorated by the analysis and re-interpretation of past forms and traditions and the cross-pollination of international trade and migration of artists. We are no longer surprised by the creation of non-functional, sculptural forms in clay and indeed many contemporary artists are re-discovering clay’s inherent potential as a sculptural medium.

Cort, Louise Allison and Winther-Tamaki, Bert. Isamu Noguchi: a close embrace of the earth. Published by the Arthur M.Sackler Gallery in association with University of California Press, Berkeley, Los Angeles and London. 2003, p.156 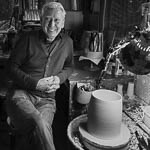 Kevin White is an internationally renowned ceramic artist educated in England and Japan. His current research focuses on interpreting the porcelain traditions of Japan and the Japonisme seen in British ceramics of the 19th century. In 1978 he was awarded a prestigious Japanese Ministry of Education (Monbusho) scholarship for post-graduate research in Ceramics, in Japan, studying under the late Professor Yutaka Kondo at Kyoto City University of Fine Art. He then worked for three years in the Kyoto studio of  Satoshi Sato, a member of the “Sodeisha” group of contemporary ceramic artists. In 1985 he completed his Master of Arts at the Royal College of Art, London. He is currently Adjunct Professor in the School of Art, RMIT University and works out of his studio at Montsalvat artist’s colony in Eltham, Victoria.

Kougie now - Craft experience at Hotel Kanra Kyoto
Utsuwa: The extraordinary is every day in Japan
Itazu Litho-Grafik (板津石版画工房): The Stone Letter Project
Why a Japanese lacquer master sought a surfing legend
Machiko Hashimoto: Flowers from Kyoto
Full of emptiness: The wonder of Hagi ware
Dolores Porras and her creative atelier
Finding the spirit of clay in Rajasthan