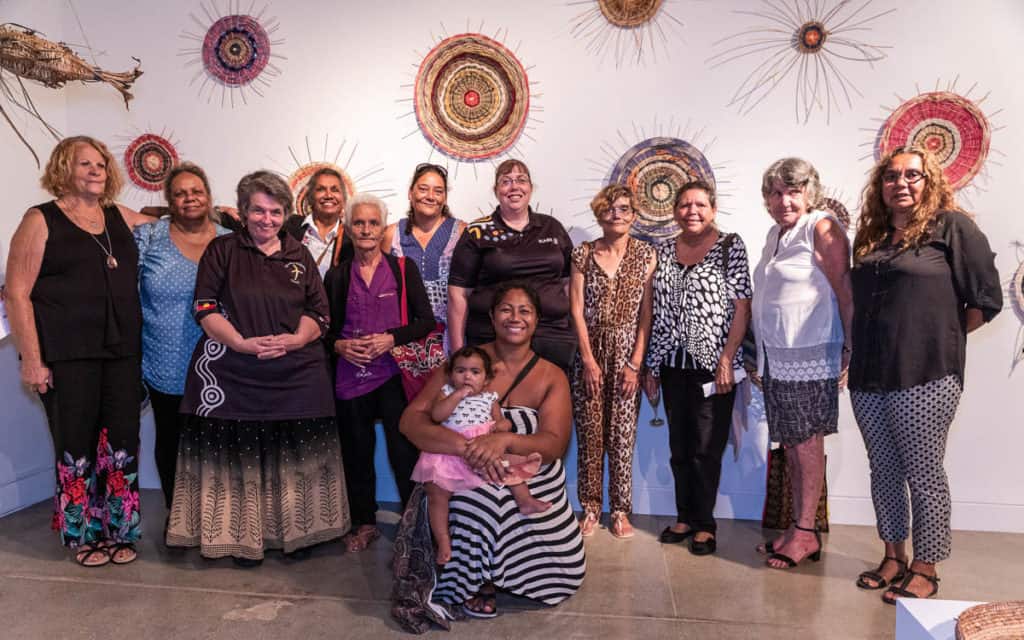 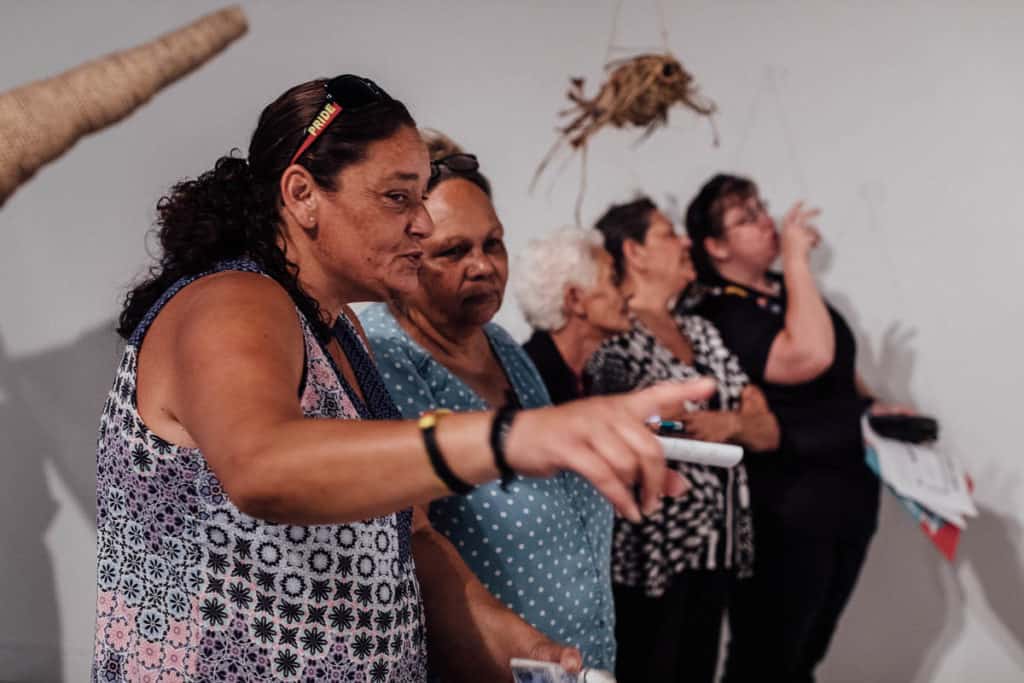 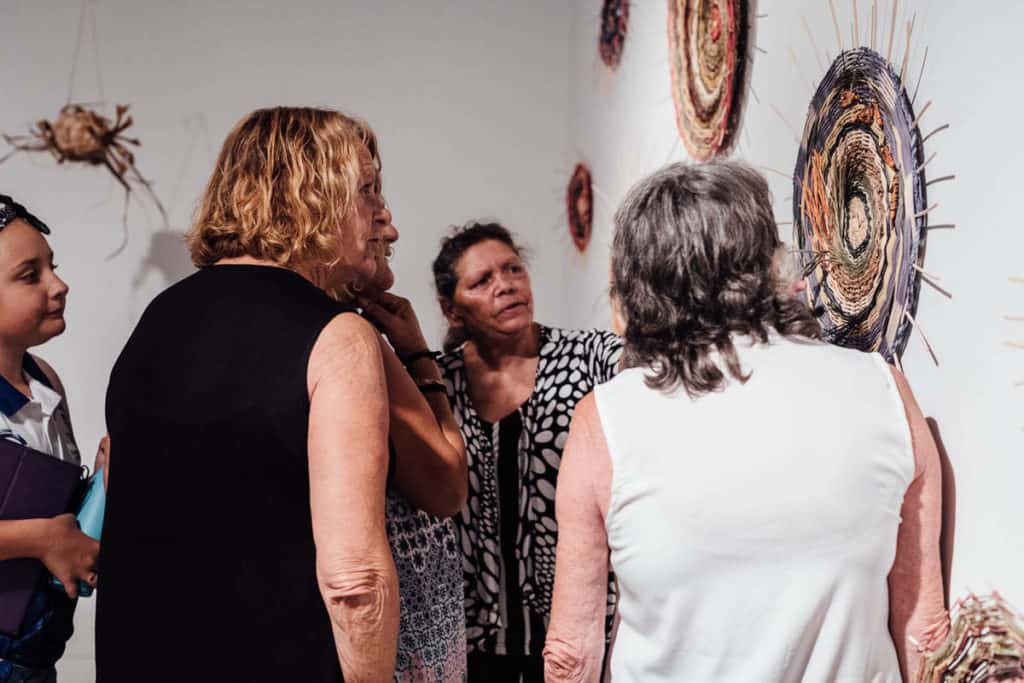 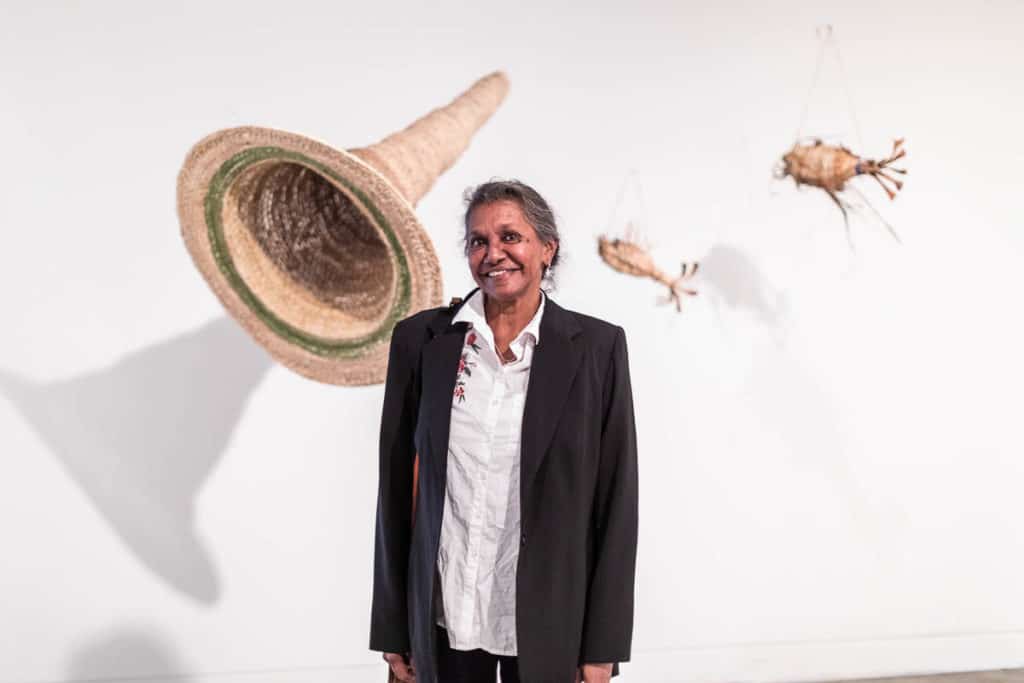 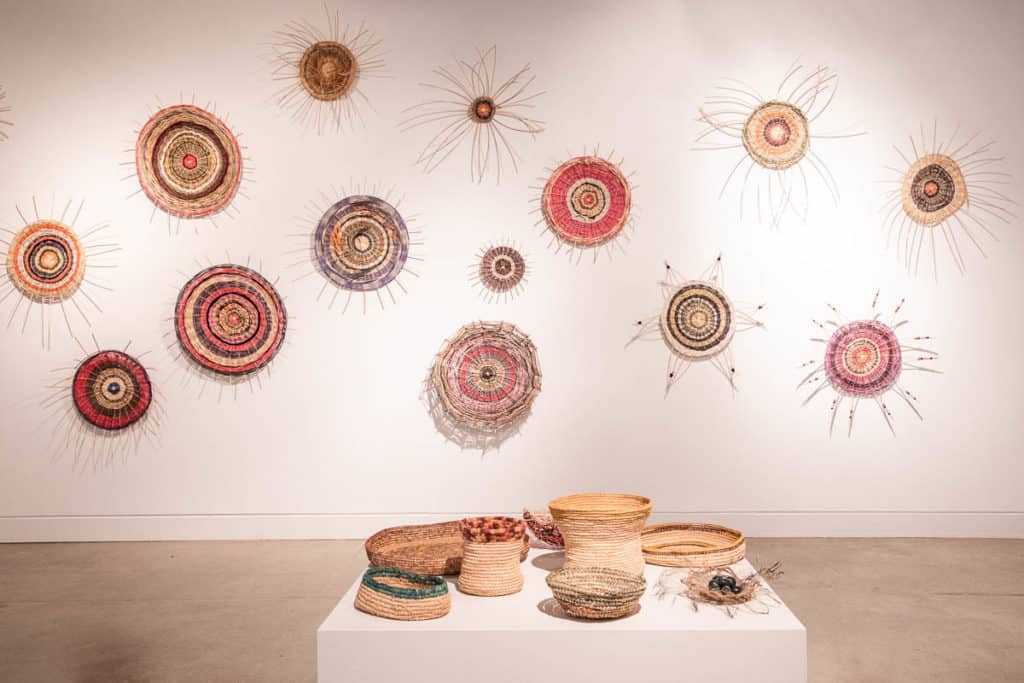 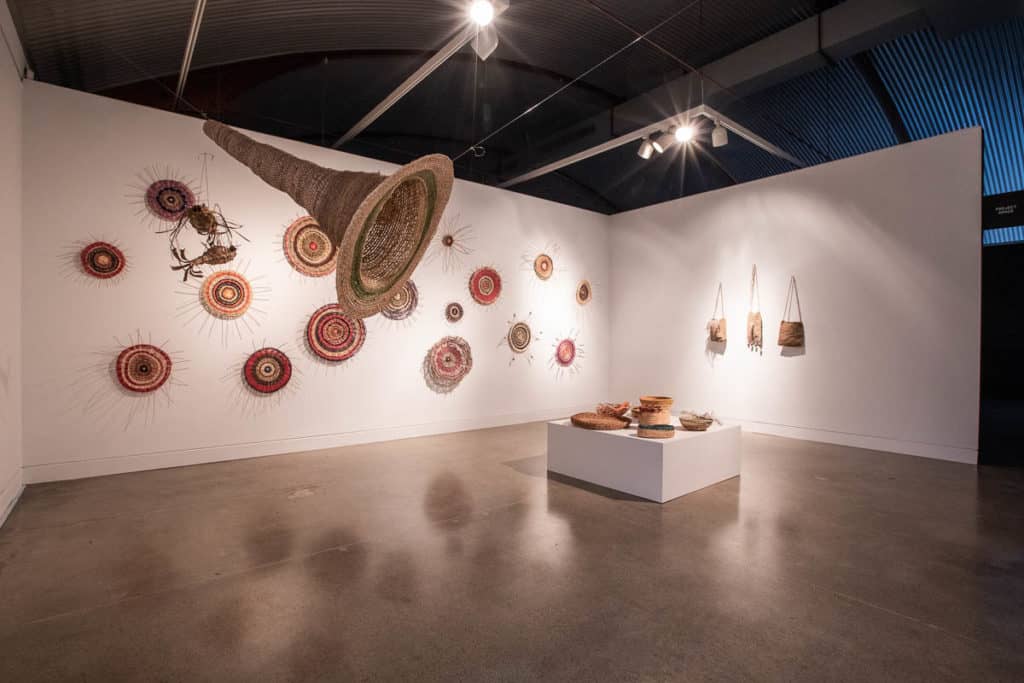 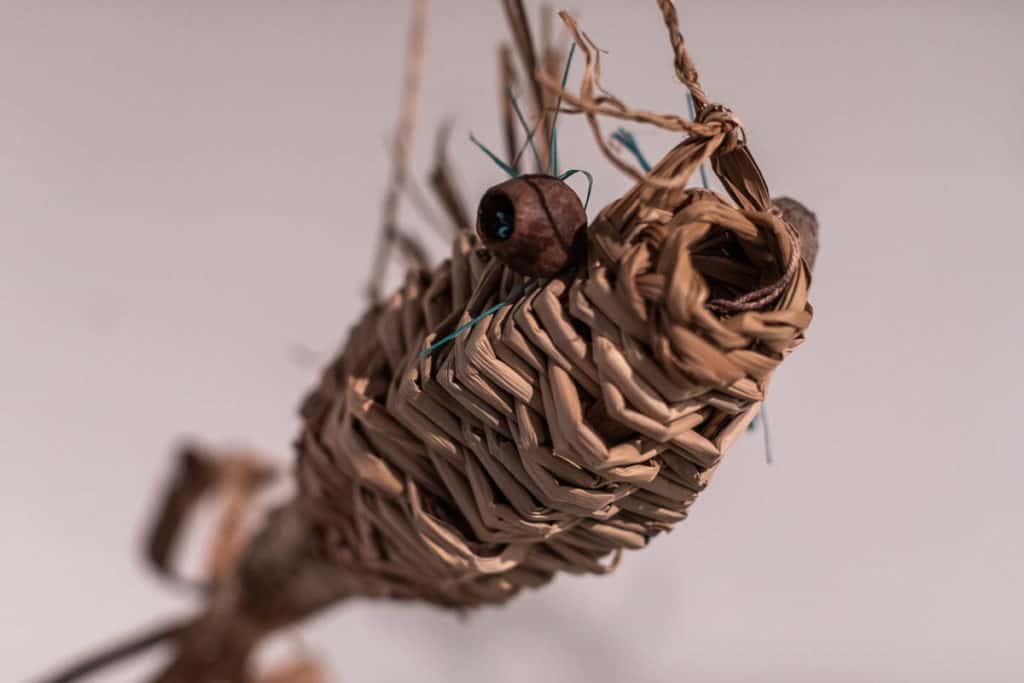 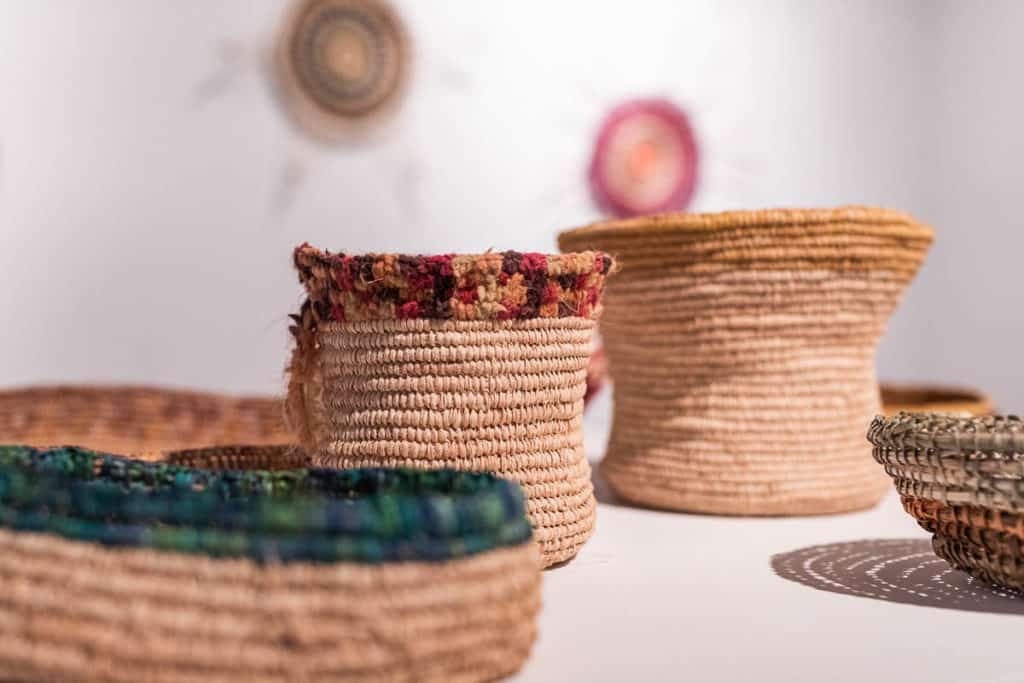 Bereewagal, naa niya. Yura ngura dyi ngurang gurugal. People who come from afar, I see all of you. Aboriginal people camped here, at this place, long ago.

Ngoon ­ mari ngurang ­ niya mudang yura ngurra. We lend this place to all of you to live while we sleep.

The traditional lands of the Dharawal are said to extend from south of Sydney Harbour to the Beecroft Peninsular and west to Campbelltown. This includes the lands between the Nepean and George Rivers, known for its white clay and lomandra fibres that are useful for weaving.

Biama is an important spirit for the Dhawaral. According to Deb Lennis, “Long before there were any people, plants or animals on their land, Biame, the spirit of our Ancestral Being, lived in the sky. He came down to what was a formless void and formed and shaped this land. It is he who gave the laws of life. Biame returned to the sky and is known as the Sky Hero. When he had returned he had left some parts unformed. These parts were formed by the activities of other creation spirits such as Yullangur/gul, the creation serpent.”

The Dharawal continue their role of traditional custodians of the region and work together with other Aboriginal peoples. The Tharawal Local Aboriginal Land Council plays a key role in land rights and the welfare of all Aboriginal peoples within their boundaries.

Campbelltown Arts Centre has hosted the Yirran Miigaydhu (“many women weavers”) group for local Aboriginal women to learn the tradition of weaving at monthly meetings. From the beginning in 2015, it has been led by Yuin/Dharawal artist and weaver Aunty Phyllis Stewart. 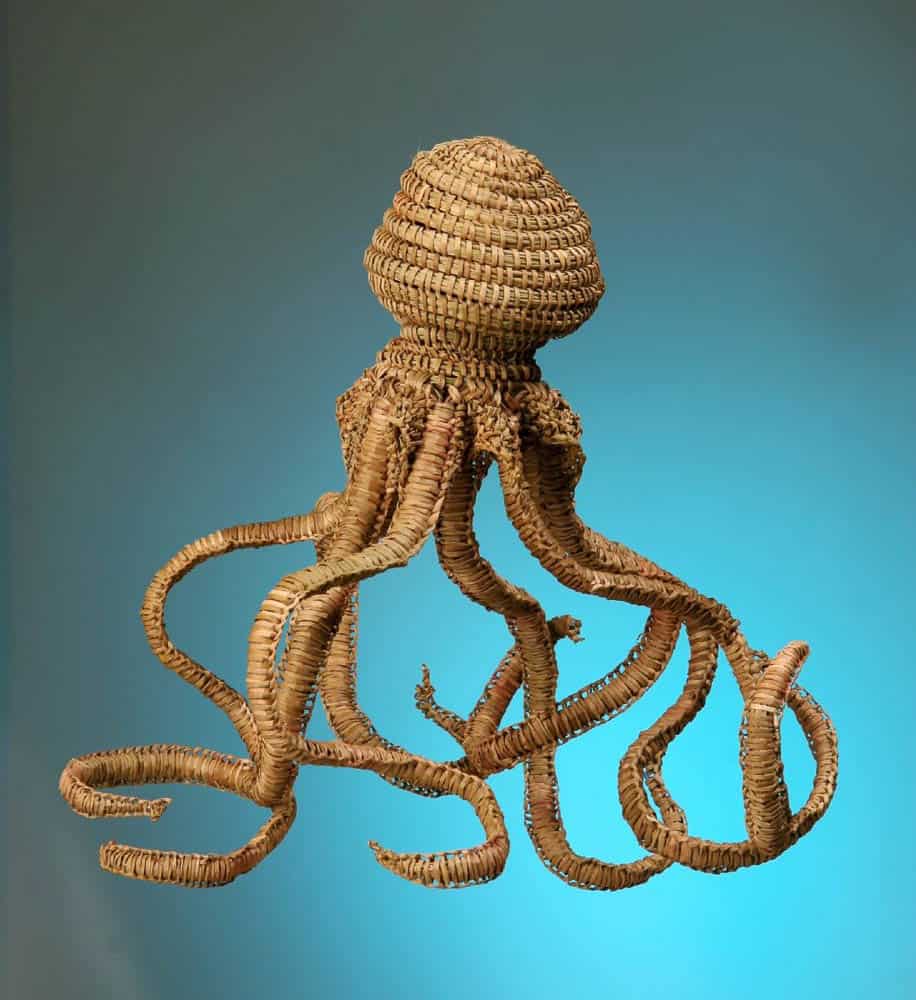 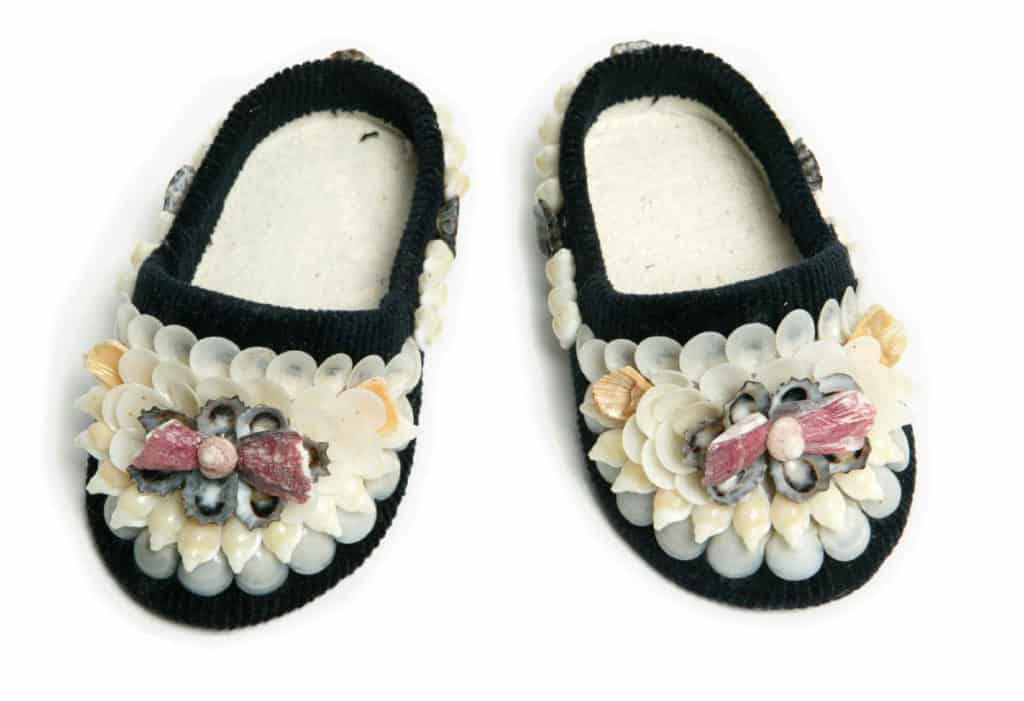 Aunty Phyllis was born in Berry as one of seven children and had family connections with Dharawal and Yuin communities of the south coast of NSW.  Her family had seasonal work picking vegetables along the south coast.

Aunty Phyllis remembers growing up on the outskirts of town, “We live in tin huts and ate bush tucker” Her mother playfully using grass to make many things. “Culture has been bred and born in us… You can’t walk away from that”. When Phyllis was in her late forties, she started a course at North Wollongong TAFE offering a certificate in Aboriginal arts and culture and was inspired by Jim Wallace, who she describes as a “beautiful soul”.

Her work has been collected by many institutions. Octopus (2002) was acquired by the Wollongong City Gallery. She also made shell work that is part of the La Perouse tradition of Aboriginal art. She was part of the Boorlang Nangamai Aboriginal Artists Group, which started in Gerringong NSW, 2005.

The curator at Cement Fondu Megan came across Phyllis while working as a curator at Campbelltown Arts Centre. The work from Yirran Miigaydhu was curated alongside the video work of Amrita Hepi. This was their first exhibition and the series of circular baskets was specially made. “The circle means a lot for Aboriginal people.” 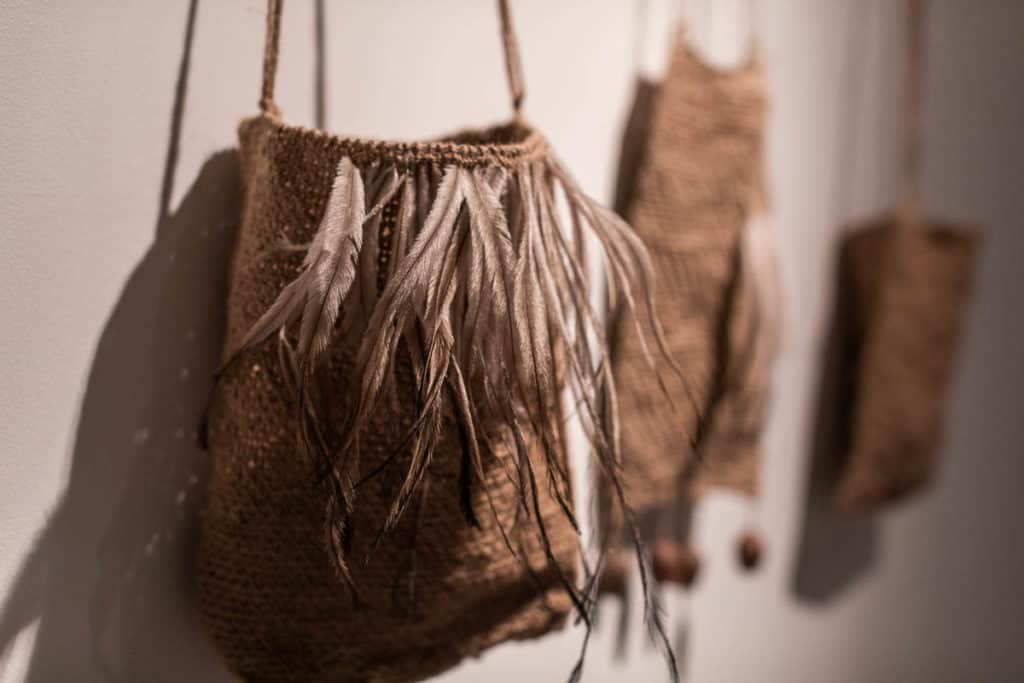 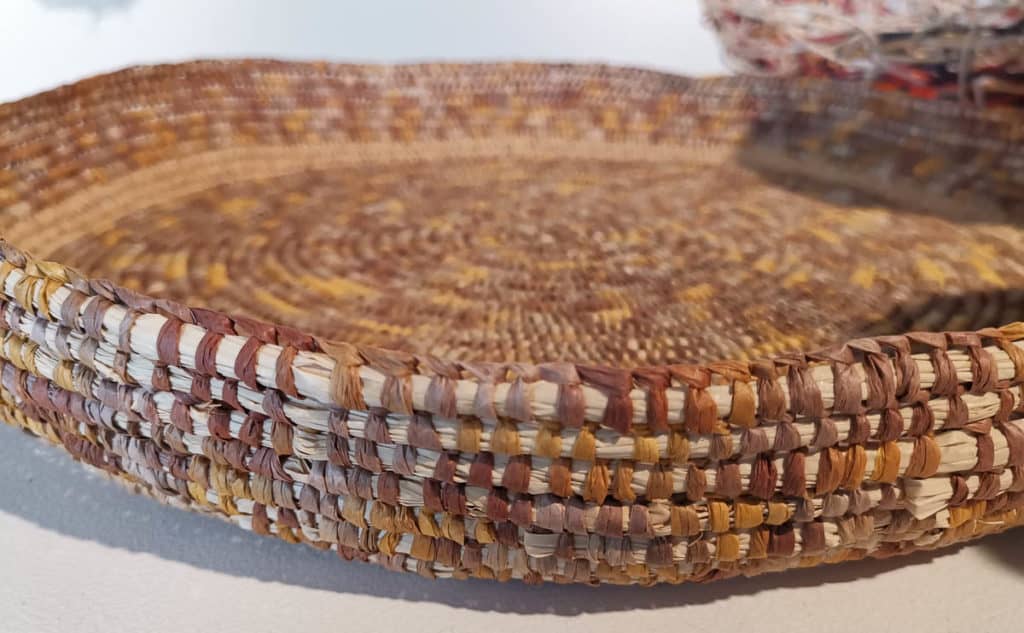 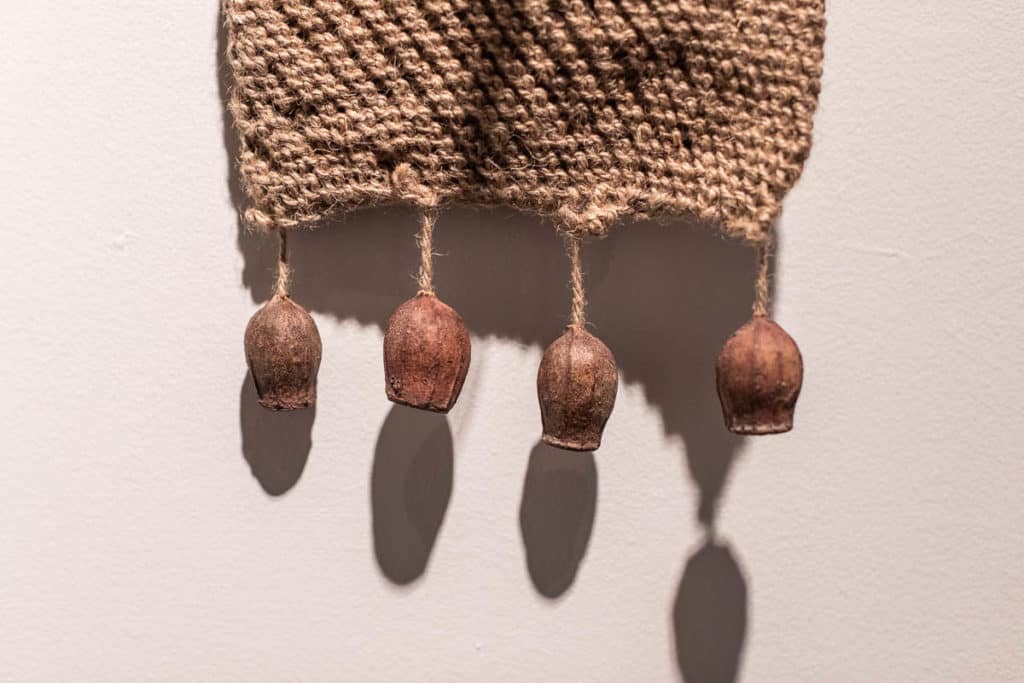 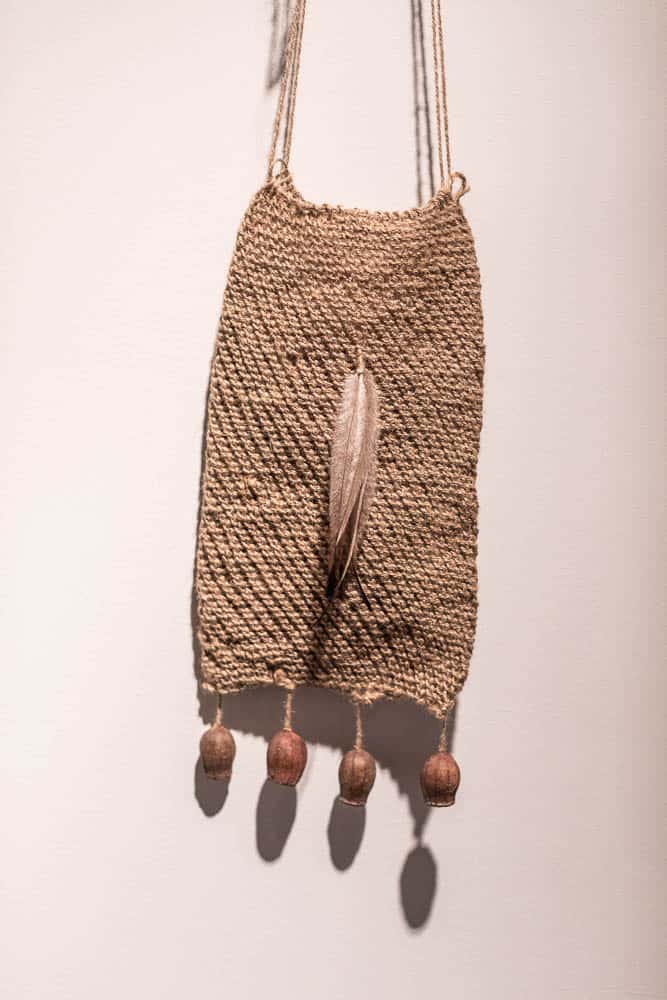 One of the artists, Annette Houston, started weaving only two years ago when she saw a notice about the weaver’s circle. “It helps me to connect to culture in a tactile way. We sit and share our stories. I don’t live on my country, Gangulu. I’ve lived on Dharawal land all my life. I am teaching my daughters to weave. It’s satisfying knowing you are continuing the practices of our people”

Annette has been particularly interested in the tradition of bird netting and has been working towards improving this technique. She currently lives where there’s plenty of lomandra and other plants to use and experiment with. Her family has been using her bags. “It’s important that they can be returned to the soil, not like plastic, which reflects a “circular” lifestyle.” She describes Aunty Phyllis as “very patient and giving”.