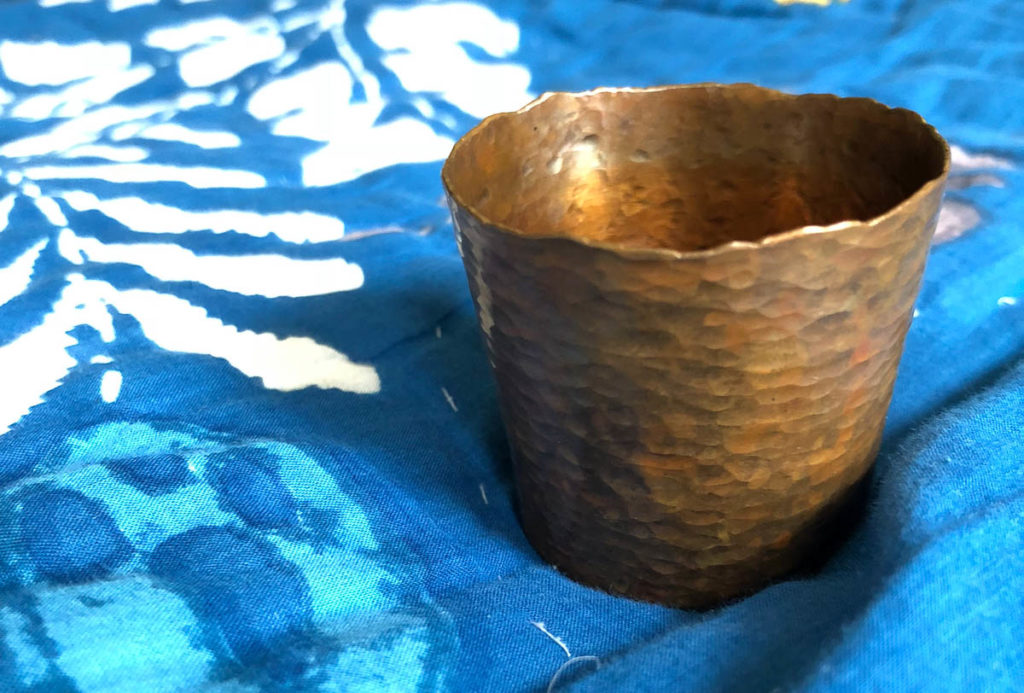 A cup by Swedish metalsmith Fredrik Ingemansson. “It is hand hammered from a copper sheet, the edge determined his skill at achieving an even thickness and height. I love the way that it both demonstrates his high level of craft and also its limits.” Glenn Adamson

Glenn Adamson’s new book Fewer, Better Things makes the case for craft as an antidote to a consumer society, which not only wreaks environmental damage but also dulls our senses. Adamson writes in a clear personable style reflecting on the people and things that have deeply impressed him over the years. We reproduce Chapter 34 below, which calls for a “material intelligence” as a way of staying in touch with the “real world”.

Wiedenhoeft is not just a consultant and scientist, but also an educator—and a father of five. So he has done a lot of thinking about how to impart knowledge. He realizes the next generation will need different skills from his own (and he’s only forty years old). All the same, he has been struck by the fact that his students at the University of Wisconsin typically arrive to his laboratory without much knowledge of wood’s materiality. Midwesterners like my grandfather Arthur used to grow up using timber of all kinds. He worked with whatever grew on the farm or could be secured nearby; it’s no wonder he took up wood carving as a hobby later in life. These days, though, the spectrum of woods that people experience is comparatively restricted. Only varieties that grow prolifically and can be managed easily tend to see much commercial use. Many products are made of plywood or fiberboard, which are cheaper and more predictable as building materials.

A further problem is that most people have no experience whatsoever of wood manufacture. Unless they’ve been lucky enough to land in a wood shop in school, they will never have been attuned to the textures, colors, smells, and qualities of even a single species, much less the wondrous diversity of the world’s forests. Beyond this question of affinity to wood as a particular material, Wiedenhoeft also finds it alarming that many people don’t have an instinctive respect for manual skills. They are likely to take for granted the know-how of a car mechanic, for example, even though a professional mechanic knows a lot more about automotive engineering than a typical undergraduate knows about anything. He wonders, “Are we going down a path where we have two castes—people who interact with stuff, and people who interact with the ether?”

Based on his experience in the classroom, he offers an answer to his own question: “I do have some hope, because I’ve seen how in one session with a group of students, you can create a sense of discovery and wonder about materials. When people find out what is actually happening in the real world, they usually tend to respect it.”

That seems right to me, too, but there is no doubt that the opportunity that Wiedenhoeft is able to offer his students is available to only a few. So his concern about “two castes”—one anchored in materiality, the other digitally-oriented—is justified. It relates to a broader set of worries about class distinction: concerns about how, and whether, our citizens are really interested in one another’s perspectives.

There is a lot of strong opinion around these days, often fueled by misinformation. Like many suddenly urgent political considerations, this one has resulted in a bloom of catchphrases: Journalists speak of the need to “fact-check,” to combat the rise of “fake news,” to forestall the onset of “post-truth” times. My brother Peter, the philosopher, has contributed some helpful wisdom to this debate, going so far as to suspend his weekly podcast for the first time in order to broadcast a special episode about the current crisis of truth. He argues that the problem we are facing is not so much a spate of outright lying, which he calls a “first-order” problem, or even that people are lying knowingly, or buying into things that they should know aren’t true—which are “second-order” problems. Rather, the problem is that as a society, we seem to be losing track of how to establish truth in the first place. This is a “third-order” problem. We no longer know how to know what we want to know. Maybe it’s a twin thing, but I find this very persuasive. If it is indeed the case that we are, collectively, confused about what constitutes a valid fact, then probably we need to stop arguing about first-order problems and instead reestablish some basic principles. In this process, it helps to look to objects, because we can all agree on their reality.

This brings me back to the main point of this book. Everyone can’t just go and study tree anatomy, indigenous footwear, or Renaissance alchemy. But we could do a lot of good for our society simply by changing our collective attitude toward material intelligence of all kinds. We need to remember that working with one’s hands is an education, too, and can be a proud lifelong pursuit. It’s a simple point, really: Everyone deserves respect for their knowledge and their experience. This is the most important reason to find value in things and take the time to learn about the materials from which they are made. Even more important than scientific and practical applications of such knowledge, understanding things also encourages us to understand other people who are daily in touch with them.

Professor Ned Cooke, who mentored me at Yale University when I was in graduate school and has been a valued colleague ever since, has taught me many things about craft and materiality in general. He has often emphasized the concept of material literacy in his teaching, encouraging us to learn about our objects of study from the ground up. Perhaps the most important lesson that he imparted to me is about respect. When it comes to materiality, no one way of understanding it is inherently superior. The important thing is simply that we all do it, and do it as well as we can. I made this point in the introduction to this book, but it bears repeating: An object cannot be good all on its own; it can only be good for someone. Getting to a better world of things is a group enterprise. We cannot be guided by any one set of rules. We are all on our own pathways of capability and conviction. It’s just like Ned taught me: When faced with a person who makes something differently from you, or lives with something you wouldn’t, it’s best to be curious rather than dismissive. You can learn a lot that way. 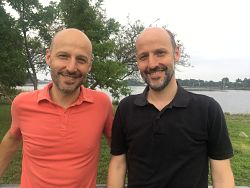 Just as Glenn Adamson reflects on the world of things, he has a twin brother who covers the world of ideas. Peter Adamson’s “philosophy without the gaps” is an extraordinary overview of the history of thinking outside the familiar Western tradition. It reflects Garland’s attempt to explore “craft without the gaps”, understanding the value of what we make from a broad range of cultural contexts in the wider world. You can hear Peter in conversation with his twin brother Glenn in this remarkable episode.