Greybilly ✿ Opal for the anthropocene 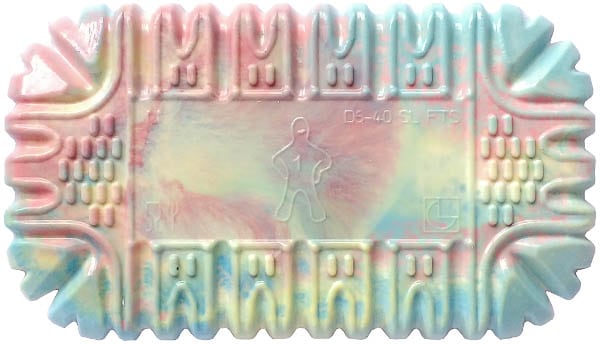 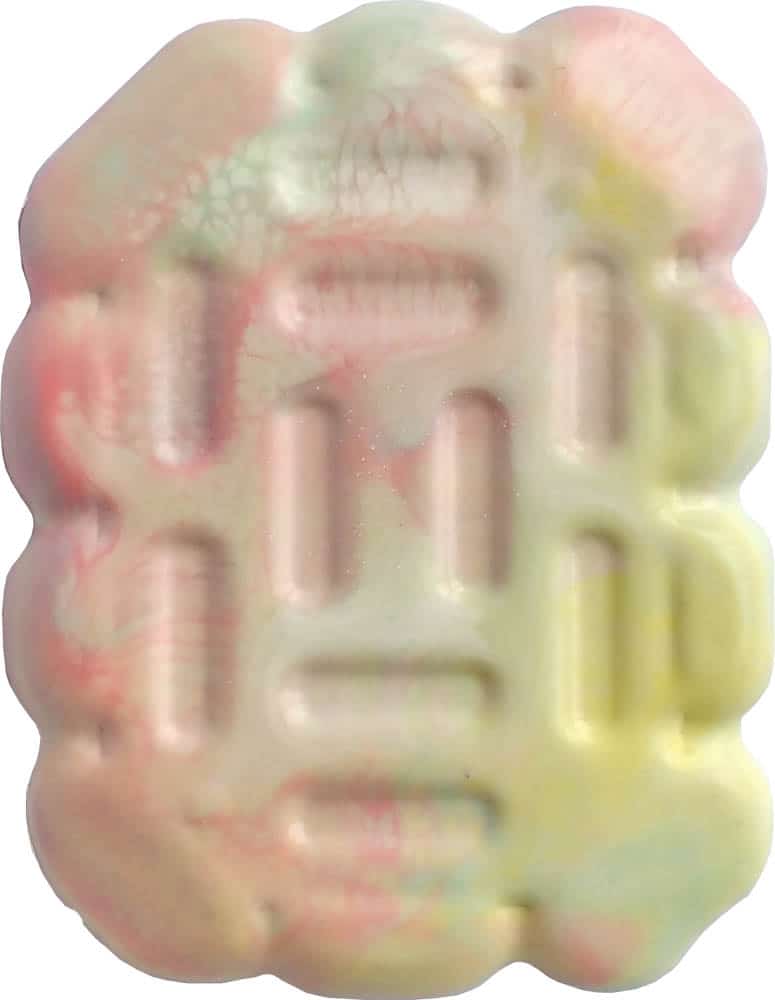 While Australia has the world’s richest opal deposits, its potential as an artistic medium has been relatively unexplored. An exhibition at Nishi Gallery curated by Yasmin Masri takes a sideways look at opal from a post-mining boom perspective.

Greybilly refers to the grey, green and cream opal found in the South Australian mining town of Coober Pedy, depicted in Abigail Varney’s vivid photos. The exhibition also contains work by Sydney jeweller Nina Baker, who prospects for disposable plastic containers that she turns into forms of adornment, evoking an accidental opalescence.

We were curious to learn more about this process:

✿ Can you say something about the process of making this?

The piece came about through a long intuitive making process. I undertook an internship/mentorship with Dutch artist-jeweller Ruudt Peters, and with his guidance, I started blind drawing coffee pods, then blind making. A meandering meditation on “waste” and “the man-made environment” brought up a series of dualities: individual/society, hand-made/industrial, creation/destruction, cleverness/dumbness. My process of thinking-through-making led me to cast and carve these plastic works.

✿ Was it cast from a container?

Yes, it came from an Albert Heijn supermarket in the Netherlands. Each of the works in this series, which is titled “Bakjes” (Dutch for “small containers”), is cast in light-weight, swirly, pastel-coloured polyurethane and has two sides: one the direct cast of the plastic package, the other my crudely carved hand-made imitation of the package’s design.

✿ Do you know what it contained?

I’m not sure. I mainly used vegetable boxes, but I think this one contained chicken. It was probably chicken breast or thigh meat, total weight about 400g.

✿ How did you find it?

I found it through keeping my eyes wide open, looking at all the rubbish on the street and all the packaging at the supermarket. I decided to submit to the kind of basic consumerism that such items engender and went shopping at all the different supermarkets, as many as I could reach, searching for the most beautiful and sad plastic-wrapped food. The packaging became the essence of the work.

✿ Did you add anything to it, like the male figure?

What you see in the photo is just a plastic cast. I’m not sure what the male figure stands for; I think it’s some sort of recycling symbol, and its presence is spooky. I didn’t look it up: ignorance is an important part of this work. I did, however, make carvings on the back of the piece that crudely copy the design of the package.

✿ Does it become jewellery?

Yes. I drilled two holes in the top and threaded it on a cotton cord to make a necklace. Some other pieces in the series are brooches. Wearing them serves as an acknowledgement of our individual and collective cleverness, guilt, ignorance and power.