Iranian monuments at the wheel 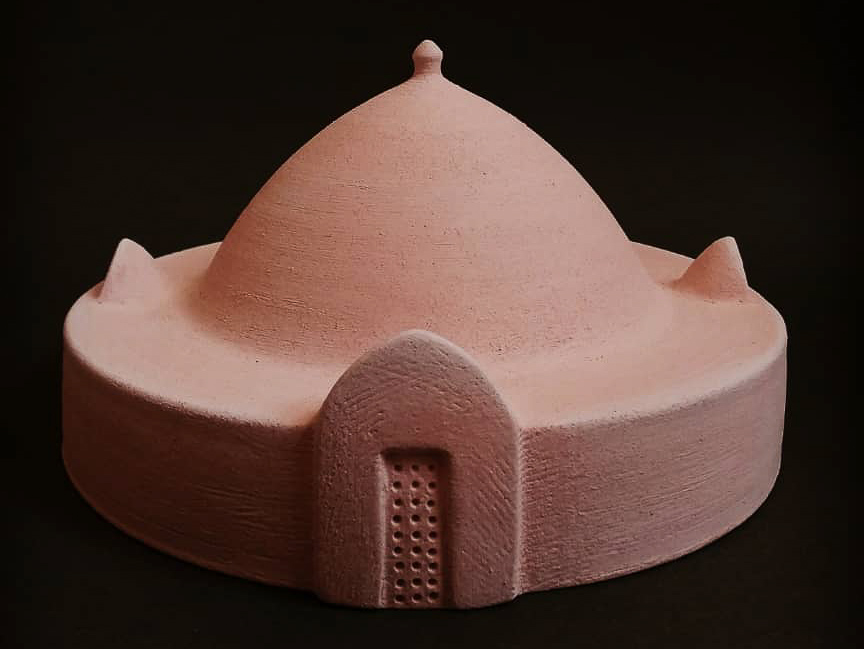 Mohammad Ali Sajjadi writes about the Iranian architectural forms that he honours on his potter’s wheel.

My curiosity and first attempts at making scale models (maquettes) and objects in the form of architectural monuments date back to my childhood. During my school years, I made scale models by cardboard for the “art and handiwork” course without any systematic training and consideration of the scales and proportions. Also, I had some experiences in making small structures with clay and stone on summer holidays when I used to spend a few months in summer quarters (Yiylak) located in Alborz mountain instead of staying in the warm and sultry city.

Later, in the first years of the high school period, while passing the common courses of architecture and art in the “technical & vocational school”, I got acquainted with architectural designing and drawing in a more precise and scientific way. This interest in the design and attractiveness of the architectural spaces was always with me. After studying the “traditional arts and artifacts” course in the college of Cultural Heritage, Tourism & Handicrafts Organization, working with clay and pottery became my major and favourite activity. Now, after several years of experience in working and training in the field of pottery and ceramic, I’m still thinking about those architectural spaces. Therefore, I’m specifically interested in those parts of the ancient and museum pottery works that have a reference to the architectural spaces and monuments, from which the ideas of these recent works are originated.

It is as if they are narrating ritual ceremonies

There are only a few papers, dissertations, and studies on these works. These works have been introduced as scale models. However, when paying attention to the design details and their execution method, we found out that we are exposed to some sculpture-shaped works that have gone beyond the boundaries of the ceramic and pottery containers. It is as if they are narrating ritual ceremonies. A group of them are playing different musical instruments, and different animals are parading in lines in some of these works. It seems as if all of these ceremonies are being held in a special place so that they represent the architectural elements and features of the geography of their era in some way.

Today, we are facing the destruction of traditional and ancient monuments and buildings, which are an important part of our history, culture, and art. These buildings and monuments are being replaced by high-rise buildings with heavy and highly-decorated stones that are associated with nothing but visual disturbance and eye annoyance. Besides, the lack of strength as well as ignoring the use of native materials and environmental issues have been increasingly reducing the quality of life and health.

Reliance on nature is seemingly the only thing that can alleviate the pains caused by the delirious complications of machine life. An important point in designing and constructing the ancient monuments was to avoid any damage or destruction of nature so that all monuments were built with respect to the surrounding environment. 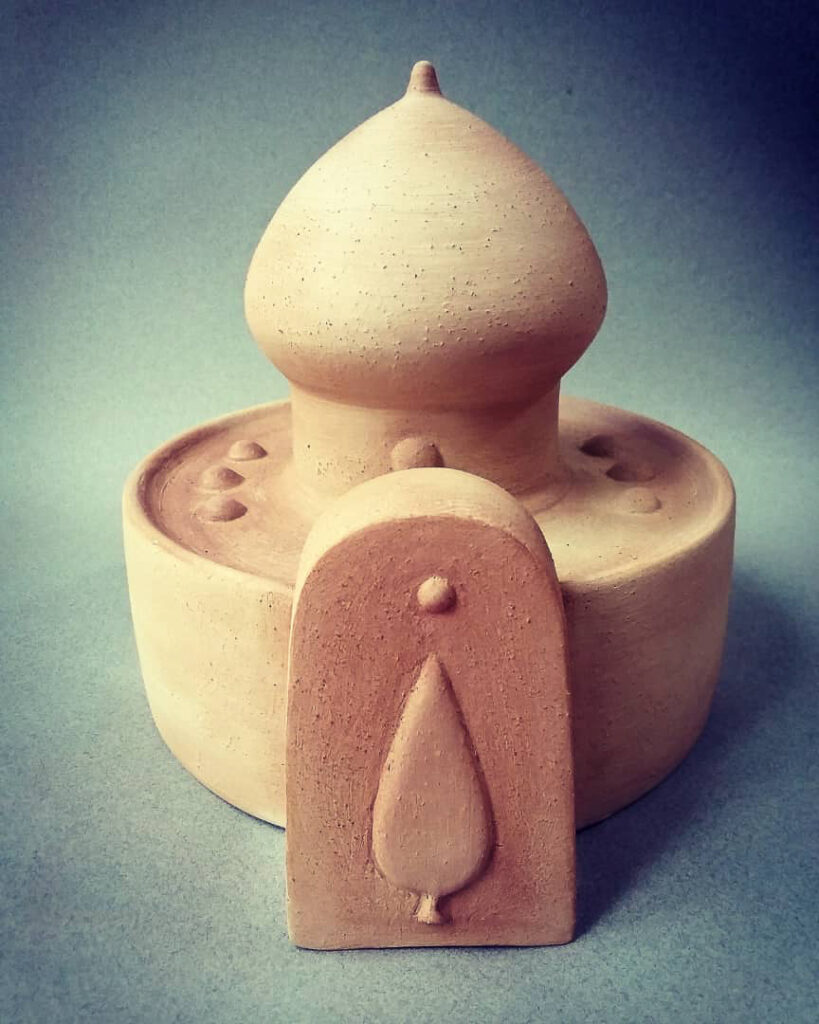 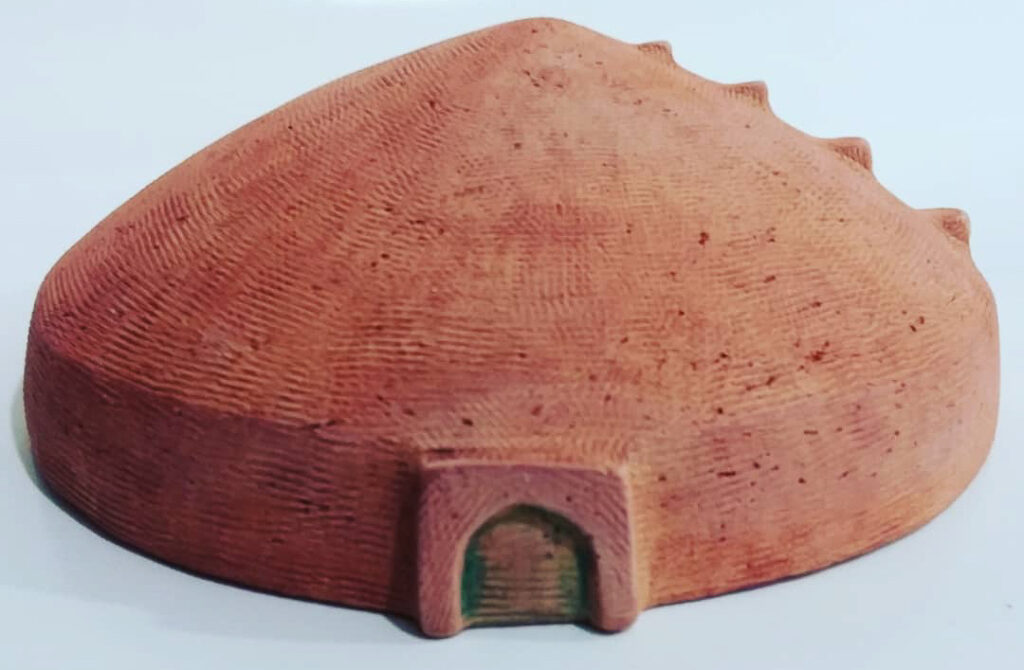 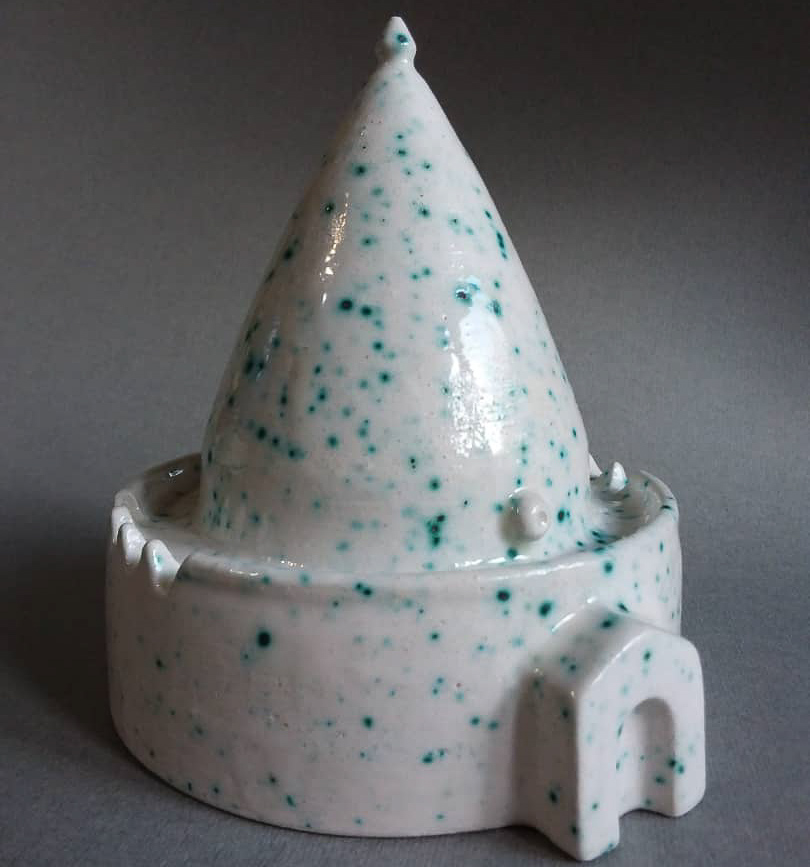 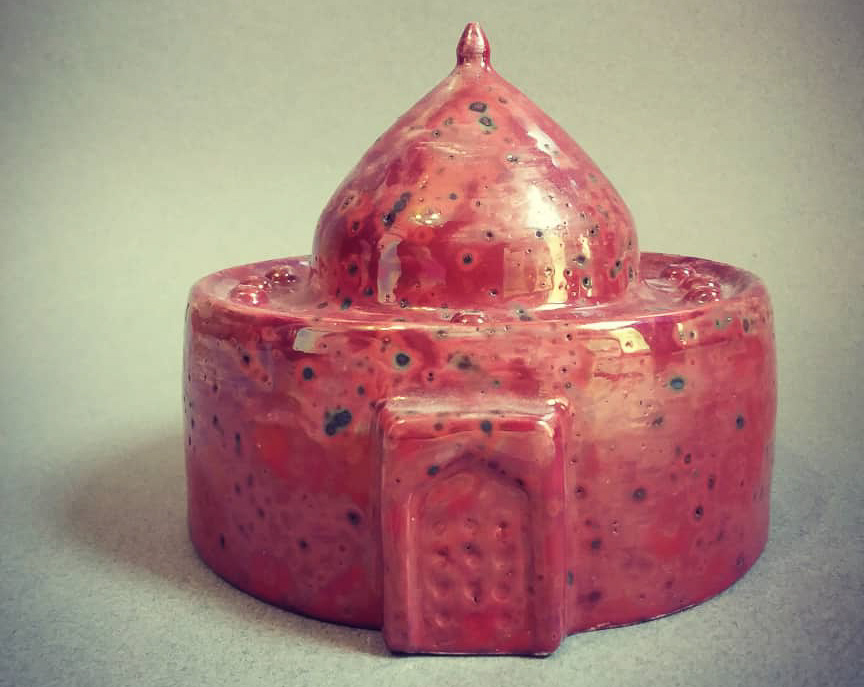 In Iran, all regions, except the southern stripe of the Caspian Sea, are arid or semi-arid. Due to such a climate, the architectural texture in many desert areas of Iran has a general similarity and coherence in terms of shape and materials. During the long history of Iran, the popular monuments have had the features of simplicity and have avoided the exhibition of outer decorations and showoff. In this regard, Arthur Upham Pope has stated that “the monuments have had an admirable beauty and simplicity”.

Of course, my role model for designing and constructing these works has been the various shapes of ancient monuments in desert regions of Iran, which have had different uses such as mosques, towers, water tanks (underground water tanks), refrigerators, and dovecotes. Many of these monuments are located in Isfahan, Yazd, Kashan, Khorasan, Kerman, and Semnan, which have survived till now and have been repaired in different eras. To design and execute these works, which have been introduced with the subject of Iranian architecture, I have made the first ideas and primary sketches by studying the specialized journals, the Islamic and Iranian architecture-related books, as well as field research such as observations, photography, and drawing the monuments and buildings. Nonetheless, the final form of the work or the execution of the design in some parts is done impromptu, which results in the higher attractiveness of the final work.

I drew some sketches based on my experiences in working with clay. Then, originating from these pottery objects and containers, some architectural works gradually came into existence with a minimalistic approach. rather than consider architectural principles, I focused on the forms and proportions that I had learned about ceramics to determine the major elements of Iranian architecture such as dome, vault, arch and stairs.

These works have been executed with a circular plan and using the pottery wheel. I think that the circular forms and curved lines are more energetic and influential. The simplicity of the plans is very important for me. Most of these works have an external plan (closed) causing them to have ambiguous and mysterious internal space. Decorations, details, and actual proportions of these plans were not important for me since I think that merely changing the sizes and dimensions can result in a higher influence and emphasis. The most important thing for me is the focus and emphasis on the energy and feeling made in humans by seeing a monument. 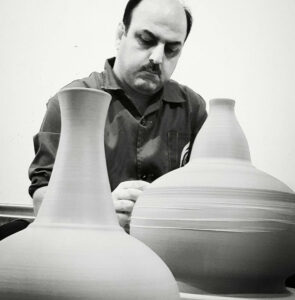 Mohammad Ali Sajjadi was born in 1351 in Amol. He studied graphics at the conservatory. From that time on, he had a special interest in working with ceramics.  He spent his associate degree in traditional arts and cultural heritage at the university and went on to pursue a bachelor’s degree in handicrafts.  He continued the same field in high school and as his interest in pottery grew day by day, this time for his dissertation, detailed research on “Design and production of functional pottery inspired by traditional architecture (with emphasis on the method of working with pottery wheels  )”.  He has participated in many international exhibitions and workshops.