Lockdown has revealed the enduring crafts of Morocco 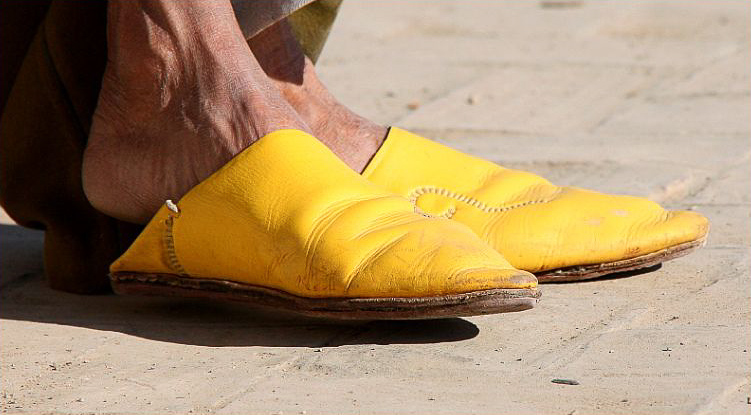 Our podcast interview with the Moroccan brass smith Hamza El Fasiki reflects on the crafts that survive in Morocco when the tourist no longer come.

Hamza El Fasiki is a geometer, brass smith, bookbinder, Andalusian Oud musician, and founder of a Morocco arts studio. He offers an important perspective as a young person who has embraced the world of Moroccan traditional crafts. This gives him particular insight into the differences between modern and traditional worlds.

He speaks about two crafts: those which satisfy local cultural needs and those which are made for the tourist market, which are often “framed” versions of traditional objects. With the loss of foreigners during the pandemic, those making tourist crafts have had to find other employment. This includes the carpet sellers, but not the carpet makers. This has led to a realisation that many crafts are not deep-rooted in Moroccan culture. Nonetheless, there are some which retain local use, such as the bread tin or yellow slippers. There is also a continuing demand for craft skills in architecture, such as tiling.

In reflecting on this own situation, Hamza expressed sadness at many elderly artisans who were leaving. For Moroccan craftspersons, “there is no concept of retirement”. He regularly interacts with makers in their 90s.
The divide is also reflected in the different ways people learn craft in Morocco. The decision in 1997 to adopt the UNESCO convention against child labour meant that craft could no longer be taught until 15 years of age. Traditionally, craft education would begin at five years of age. “They’re interested in your personality”, which includes a humility and piety in praying five times a day.

Hamza spoke about the role of the monarchy in supporting Moroccan craft. King Hassan II mandated that all construction sites should include at least 20% of craftsmanship in any modern building. There is a strong thread of continuity in Moroccan craft that is visible in its architecture over the centuries. This results from an attitude of evolving styles, rather than radical change and replacement. Underpinning this are institutions, particularly waqf, which is a religious endowment for maintaining buildings, and guilds that regulate the crafts. Hamza is clear that Moroccan craft cannot be reduced to simply Islamic craft. For instance, it includes many Jewish elements.

He is also accepting that some crafts will die. “The craft cycle resembles the human life cycle. You’re born, young, energetic, you satisfy the market. You get old, you pass away.” An example of this is the wooden shoes that used to be made for the Hamam bathhouse.

He is more conflicted about the changes in how craft is learnt. He finds it strange that there are PhDs in craft being offered in the West. But he is concerned that it is not being transmitted along traditional lines in Morocco. He says that young people now no longer want to sit at the feet of an old teacher, hoping to be like them one day. Now “Young people want to be the leader.” This has meant that much wisdom in the old is being lost.

Fortunately, Hamza says that he is not alone. There are others of his generation in Morocco who are learning and teaching the local crafts. And Hamza’s classes for tourists have now gone online, along with his sales.
Hamza’s story helps us appreciate that traditional crafts can play an important role in our cultures, beyond nostalgia or tourism. 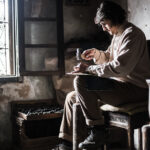