Masks: Metamorphosis of Modern Identity at the Museo Carmen Thyssen in Málaga, Spain

Exhibitions that have opened in 2020 exist in unenviable flux: predominantly planned before the Covid-19 virus and the Black Lives Matter movement went global they are, nonetheless, impossible to now view without recognition of this year’s events. Case in point: it is extremely unlikely the curatorial research for Masks: Metamorphosis of Modern Identity (July 28, 2020 through January 10, 2021) currently at the Museo Carmen Thyssen in Málaga, Spain could have anticipated that viewers have lived in the very material of the exhibition subject since March.

Ironically, the exhibition premise gathers over one hundred paintings, sculptures and artefacts created between 1800 and 1950 to chart an increasing dematerialisation of the mask in European art history. Content is organised around three, roughly chronological themes: Carnival Follies, Supernatural Masks, and Transfigured Faces. The accompanying exhibition pamphlet explains the content “traces the evolution of masks from physical objects—tangible elements placed over faces to conceal or replace them—to the gradual abandonment of the presence behind them, eventually leading to their loss of materiality and independence from the face and, ultimately, to the merging of mask and face into a new and ambiguous identity in modern portraiture.”

The exhibition perpetuates the admittedly accurate representation of how inspiration drawn from the “other” has historically appeared in European artistic traditions. Sparked by ongoing police violence against African-Americans in the US, it is this singular perspective of the dominant position of white culture that Black Lives Matter rails against. Recent events such as the June dumping into Bristol harbour, England, of the statue of Edward Colston, a seventeenth-century slave trader and more recently the Dutch Council of Culture’s report released in October recommending the development of terms for the return of looted objects currently held in museums in the Netherlands are two ends of a spectrum of reactions to how we now place art and artefacts that represent the values we no longer want to live by. 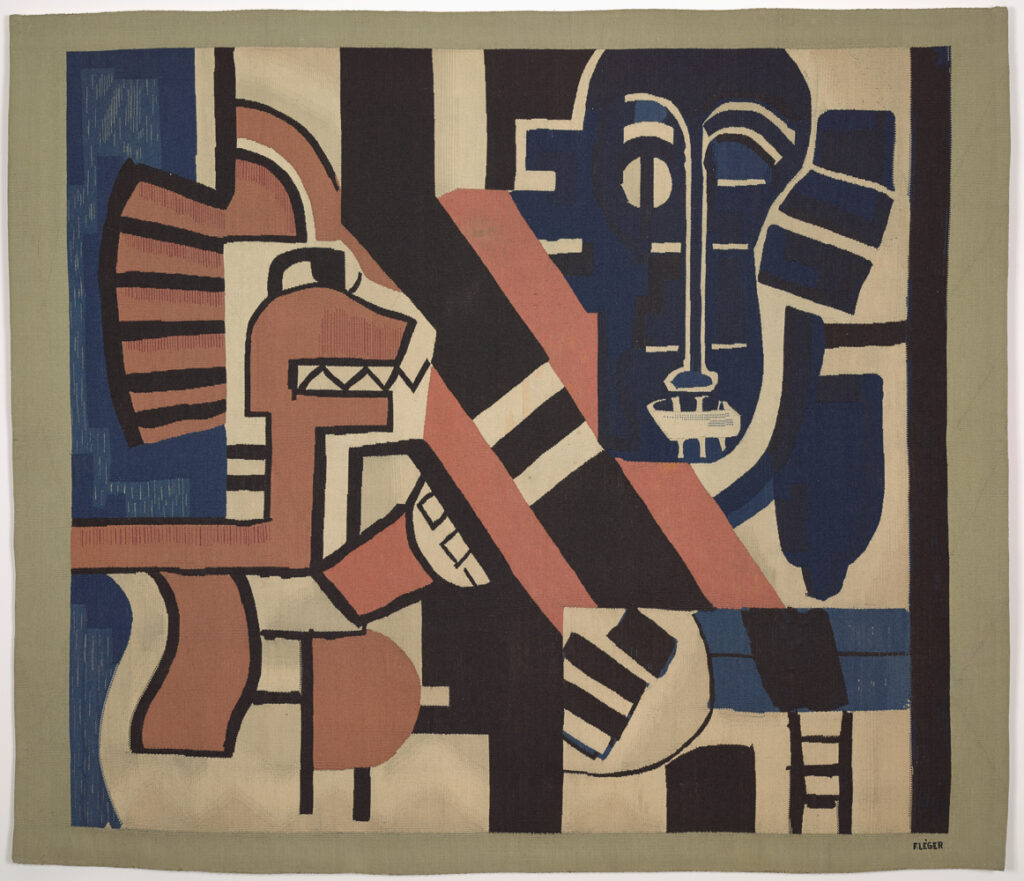 Back in Málaga, I scratch my nose through itchy surgical cloth and tuck a finger behind the too-tight elastic behind my ear. Midway through the exhibition appears a finely woven tapestry by the French artist Fernand Léger (1881-1955) titled Le masque nègre. Associated with cubism, Léger worked across the so-called craft materials of stained-glass and mosaics, as well as tapestry. Here the tapestry is flanked to the left with three prints by the Spanish artist Julio Gonzales, credited in the audio guide as work that “goes beyond the original primitive purpose of the African ritual mask which constituted its source of inspiration”; to the right, a drawing also by Léger depicting a mask with one eye closed similar to the tapestry. A variety of masks from Mali and the Democratic Republic of Congo completes the curatorial grouping.

Just beyond Leger’s tapestry in Transfigured Faces, the final room of the exhibition, the mask appears in the form of an emotional, but no longer physical, barrier between public and private. The exhibition pamphlet refers to “portraits where faces function as ‘inhuman’ masks, with no communicative depth.” I find the artwork chosen for much of the exhibition press material, American painter Walt Kuhn’s 1948 Chico in a Top Hat. Part of Kuhn’s documentation of circus and theatre environments, I see first not a performer but instead a powerful representation of androgyny or non-binary gender.

Perhaps unfairly, I then search the Léger tapestry for a similar foresight. Is the profile to the left the Maasai dreadlocks urban myth credits as emblematic of a lion’s mane? And to the right—literally a black mask—with a mouth nailed shut? Or perhaps a ship of the transatlantic slave trade?

I move online to teach myself more and find a website where I can download an image of the print based on the tapestry to send as an e-card. I can almost hear Walter Benjamin, whose essay “The Work of Art in the Age of Mechanical Reproduction” (1935) lamented the aura lost when viewing a reproduced artwork, sigh heavily in my ear. Yet another site sells facemasks to wear during the current pandemic printed with cropped Léger artwork. Then a search engine warning reads “In response to a complaint that we received under the US Digital Millennium Copyright Act, we have removed 5 result(s) from this page.” I follow the complaint link which states: “No permission has been granted to sell copy paintings of my father’s paintings nor or they in the public domain.”

I am left searching for options other than silence to make sense of the present. The erasure or renaming of Léger’s tapestry will not rewrite the historical moment in which the work was made. Denying that so many artefacts from cultures beyond Europe appear as aesthetic inspiration in European art with little credit to the meaning or purpose in the cultures of their making isn’t realistic. Needless to say, blatant copyright infringement of material in an effort to profit from a pandemic is no way forward either. 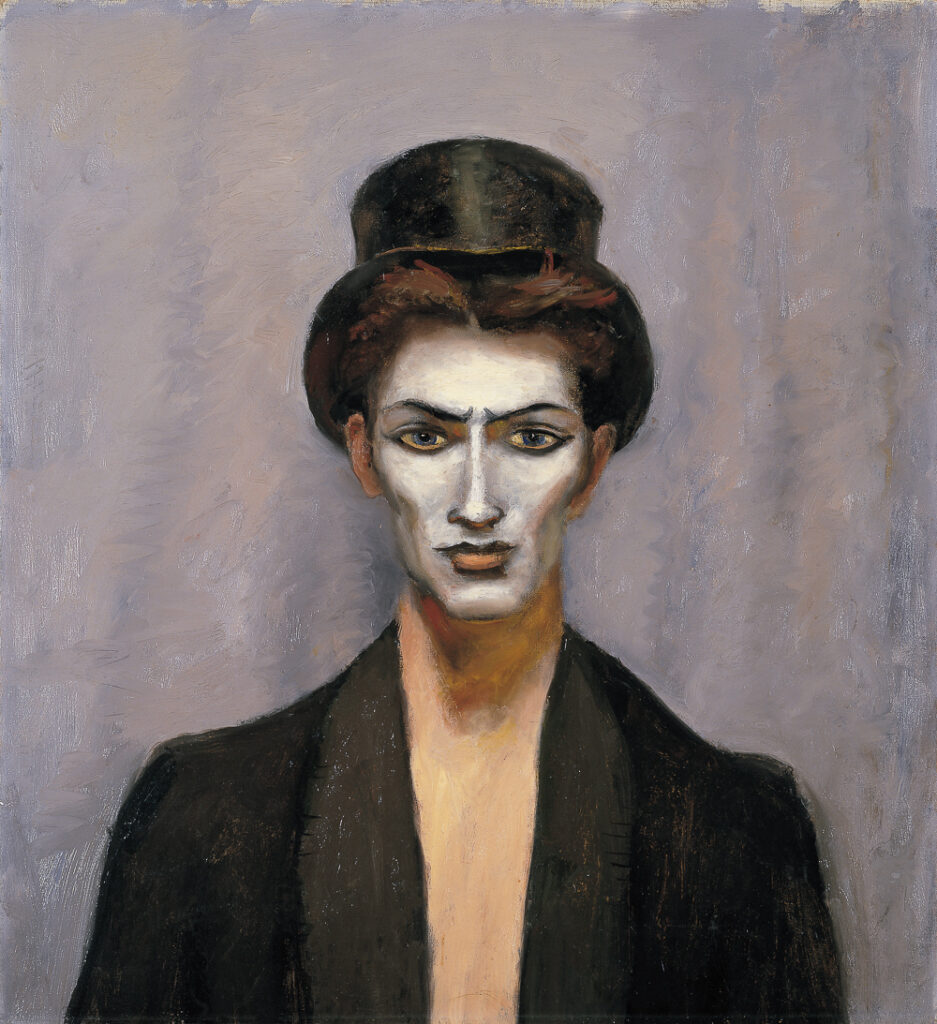 Gathering masks and their depictions from the perspective of European art history offers us a reminder that donning a mask to divert death is hardly unfamiliar. Nor is investment in symbolic power new. From those who see the requirement to wear a mask today as an unacceptable infringement on civil liberties, to the partisan loyalty expressed in the US presidential campaign, masks have long been worn (and discarded) for reasons that include but also reach far beyond hygiene.

But I balk at the final line of exhibition pamphlet text: “These ‘faceless’ portraits are an appropriate expression of today’s contradictory society.” I listen to the English version of the exhibition audio guide from my mobile phone which refers to “how early twentieth-century avant-garde art drew inspiration from the ethnic masks of non-European cultures. Here faces assume simplified, hieratic mask-like features to become vehicles of formal experimentation devoid of subjectivity and personality.” That they did. But the world today demands so much more than mere acceptance of a contradictory society. If nothing else, a pandemic has to have taught us that much.

Masks feels like an exhibition both uncanny in its prescience and at the same time painfully dated, even before opening. 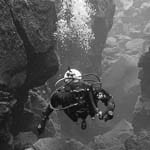 Jessica Hemmings writes about textiles. On rare occasions she writes about other things, as long as they are interesting. She is Professor of Craft at HDK-Valand, University of Gothenburg, Sweden. www.jessicahemmings.com