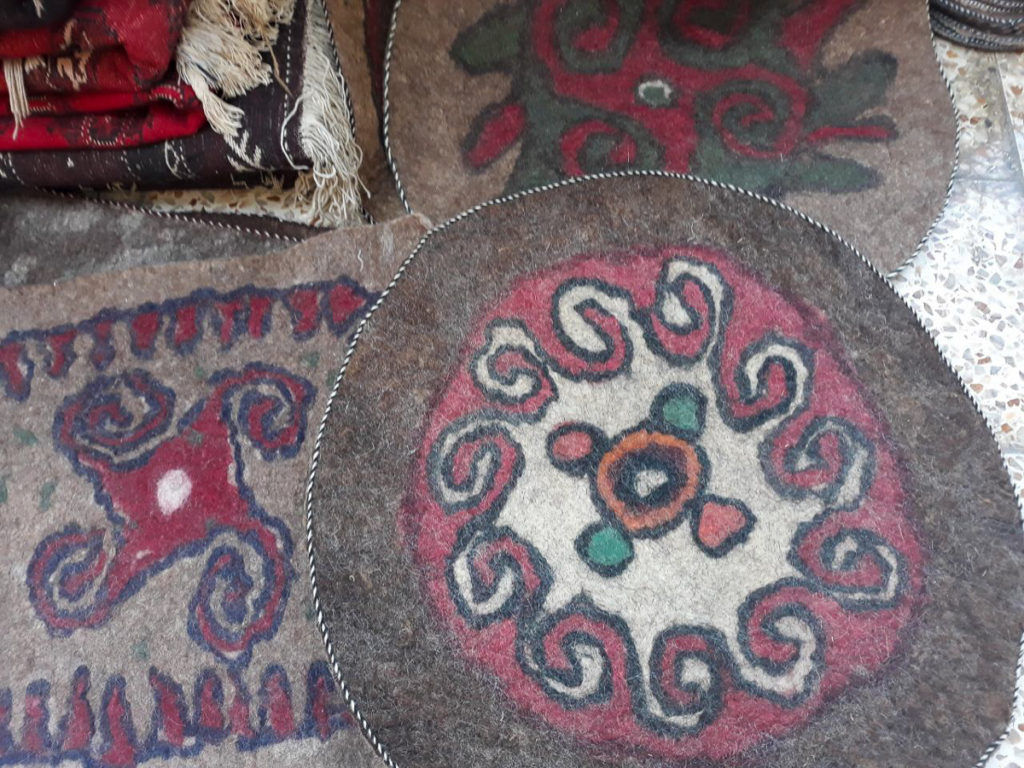 Turkmen wool designs are one of the unique designs in the variety of Iranian traditional arts. Called “Keche” by Turkmen people in Turkmen-Sahara (northeast of Iran), the namad is one of the important and famous non-Iranian rugs. These tribes used namad as a cover for horses and saddles and covered the pavilion walls (in the distant past).

In Iran, every region has different ethnicities, each with its ethnicity, culture, customs, and crafts, which continue many of the crafts in this country.

Namad is the simplest type of carpet that is relatively easy to make and does not require a particular machine to produce it, It is mostly made with the hands of a capable namad-maker. Namad is made in many parts of Iran, including the northern and northeastern provinces of Iran. In these areas, the type of namad that is produced varies in terms of patterns and designs. Crafts that are still maintained in the area with original designs inspired by nature.

Due to factors such as mountainous areas and livestock breeding, namad is local to northeastern Iran. 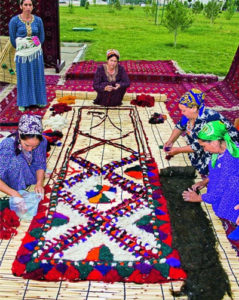 Since namad requires high power and physical strength, in most areas, the job is done by men, but namad is made in Turkmen-Sahara, solely by Turkmen women. And perhaps one of the reasons for the unique designs, tastes and aesthetic sense of Turkmen women in the region.

Generally, namad producers start their activity in early April and end in late October. The best wool in the namad-making work is the wool of the first six months of each year or spring wool of a sheep. Mostly, natural wool dyes are used to make the background colour, and dyed wool is used for the motifs. The size of the namad products is not standard and depends on the request of the purchaser. The Turkmen namad is curved in the corners.

The wood is the only tool of the namad-making. The preparation of a Namad usually takes one day, and the Namad-makers usually work in pairs.

The imagery features animal wars, images of trees and scenes of human struggle. These are symbols of the Turkmen era which still exists today among Turkmen and other Turkish-speaking tribes. The boat horn is the symbol of the earth, and the cloud symbolize the sky in Turkmen beliefs.

Geometric imagery is the second kind of pattern and beauty. Such designs are also found in Turkmen carpets.

In general, according to their 2500-year-old history, the Turkmen tribes share a prominent role in the Kyrgyz ethnicity with the pattern of spirals and horns in black and red and clouds in the sky (which is the symbol of the sky).

Hossein and Fahimeh are from Turkmen-Sahara.