Reza Safavi ✿ from Conference of the Birds 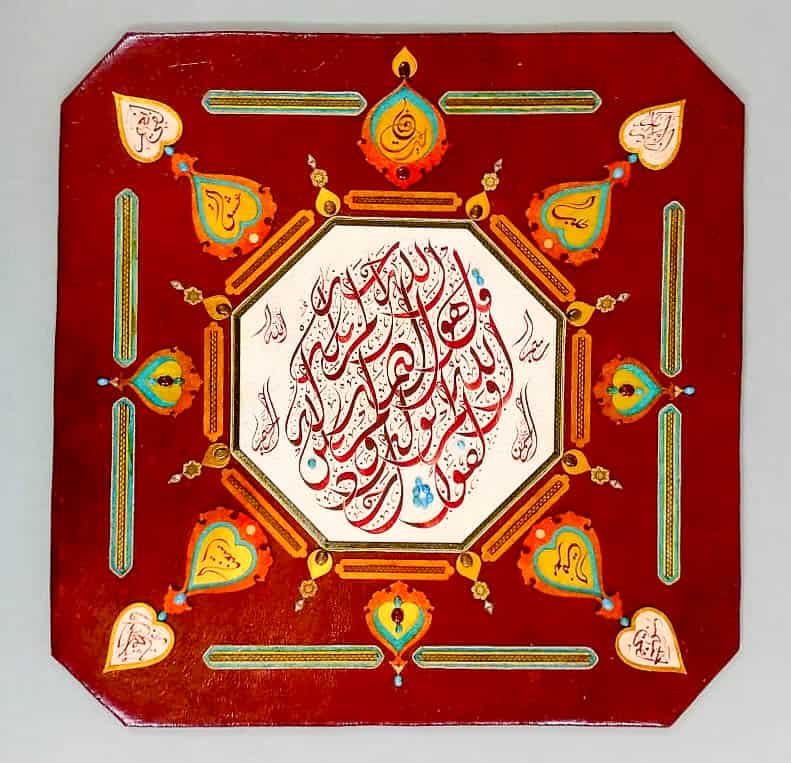 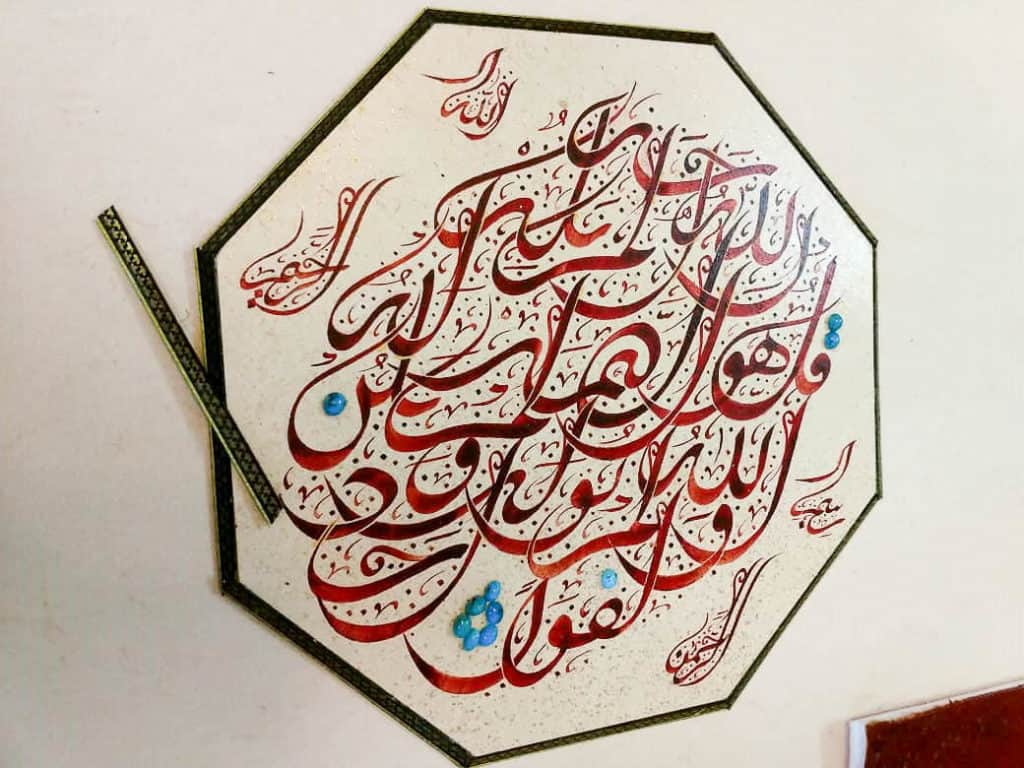 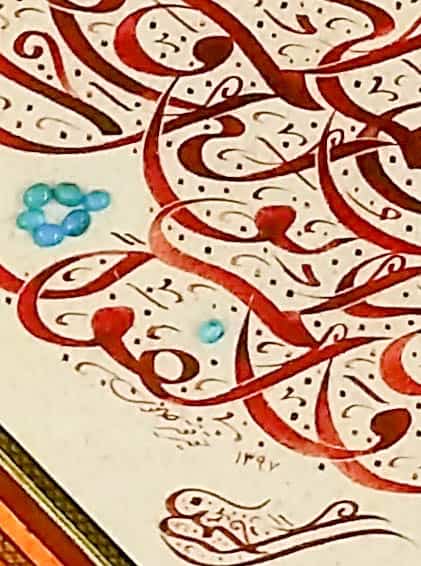 A new work of calligraphy from Reza Safavi reflects one of Iran’s classic spiritual texts.

Story behind it: reminding and promoting the mystical thoughts and teachings of Attar of Nishapur; reviving the traditional gem-studding and proving its capacity for joining to modern collage art.

Procedure: 1. initial sketching; 2. cutting brass plate with a buzz saw and filing and polishing; 3. redesigning with cut-out motifs and final composing according to the concept of work; 4. assembling the gemstones and brass pieces on the main chassis (made of leather and paper); 5. applying insulating material to the surface; 6. pressing 7. Framing.

This recent work of master Reza Safavi has been performed as a commission of the Cultural Heritage, Handcraft and Tourism Organization in Mashhad. The calligraphy in the centre of work is Sūrat al-Tawḥīd, which refers to the fifth valley of the seven valleys in Attar’s book (the Conference of Birds). The other ones are the names of the valleys.

For more information, you can see the Conference of Birds in Wikipedia. but, in short, these seven valleys are as follows:

1. Valley of the Quest, where the Wayfarer begins by casting aside all dogma, belief, and unbelief.

2. Valley of Love, where reason is abandoned for the sake of love.

4. Valley of Detachment, where all desires and attachments to the world are given up. Here, what is assumed to be “reality” vanishes.

5. Valley of Unity, where the Wayfarer realizes that everything is connected and that the Beloved is beyond everything, including harmony, multiplicity, and eternity. [ Surat al- Tawhid is the best and the closest concept of this valley]

6. Valley of Wonderment, where, entranced by the beauty of the Beloved, the Wayfarer becomes perplexed and, steeped in awe, finds that he or she has never known or understood anything.

7. Valley of Poverty and Annihilation, where the self disappears into the universe and the Wayfarer becomes timeless, existing in both the past and the future.)