What the Thai cave rescue tells us about “Mai pen rai” 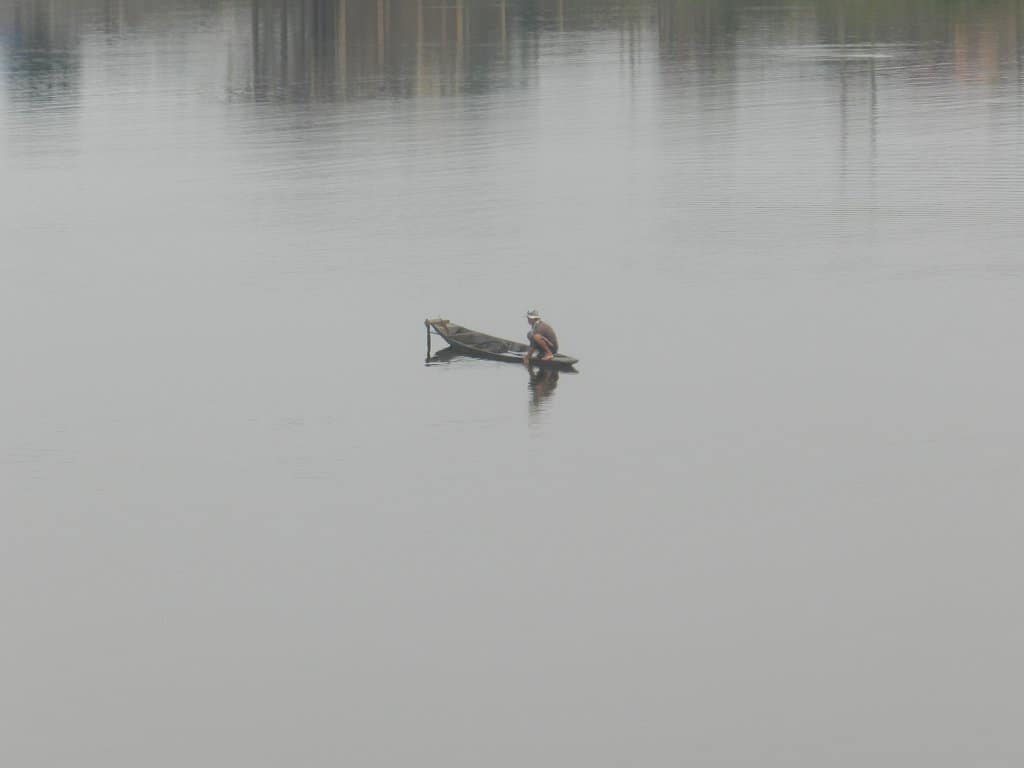 Moo Baa the Wild Pigs is the name of the children’s soccer team stuck in Yellow Cave in Thailand. My heart is with the children and their parents as the experts weigh the best time and manner to remove them from the cave.

But this incident seems to illustrate many positive aspects of the Thai character and as they work through this human disaster that we all hope will have a happy ending it seems a good time to talk about it.

The children spent nine days in a cave with no light, now they have light. I am not sure when the last flicker of a flashlight was, and it really does not matter. Yet when met by the divers the children are calm, relaxed, in my vernacular, they are “chill”. There is probably a real lack of energy from a lack of food. But to be calm about trouble is something Thai children are trained in. Mai Pen Rai (it’s not a worry) is almost the national philosophy. It is certainly part of it. People are trained to let go of things that are out of their control, or already over, or unavoidable. When you skin your knee as a child there is the pain, and then there is the suffering, much of which you inflict on yourself by acknowledging the pain, by focusing on it, and by allowing it to control your state of mind. Mai Pen Rai acts like a verb in Thailand. When there is trouble you “Mai Pen Rai”, you “let it go”. It was amazing but perhaps should have been expected how popular Bobby McFarren’s “Don’t Worry Be Happy” song was over there.

Part of this “Mai Pen Rai” state of mind is that little inconveniences are seen as things that should not be bothered with. This includes the time for group photos, accepting and giving of presents in a rather formal way, and at least to some extent waiting for things to happen. You can be expected to wait quietly for an incredible amount of time in Thailand. In the US waiting is something that gets under our skin. Our desire for at least the appearance of productivity is reinforced, bred in, pushed. I remember sitting on the couch relaxing as a child and being told to “go have fun” as if this always required an activity. Being “chill” just hanging out was not acceptable, although in my house if you had a book in your hand you would get left alone. You did not have to actually be reading, just looking like you were. It was the only way I could just sit on the couch. If I was sitting there I would be told to “go play”. At least once, my mother turned the TV on for me. She was trying to be helpful.

The outward display of emotion, at least strong ones, tears, can be seen as rude in Thailand. A strong expression of emotion takes what you are feeling and places it on others. I have not heard this expressed this way but it seems to be what I see. It is impolite to show negative emotion.

The two divers that first got to the children were from the UK. These two men were Rick Stanton and John Volanthen. There were two times at least where they clashed or at least bumped into the culture. On the way in one of them brushed off the press with something like, “Leave us alone, we have work to do”. And on the way out they had little time for what often seems to me even after a short lecture, the incessant lets take a picture, another one, smile here is a little knick-knack, now more pictures. I am cool with it now, I just go along, set my head in glide mode and accept it, but I was not always that way. The divers allowed a few photos, but just got back on the plane and went. They had a job to do and did it.

It is important to understand that in Thailand it is an obligation to thank someone, and an obligation to allow yourself to be thanked. There are numerous ceremonies paying respect to this person or that, to teachers, to heroes, to public figures. As a teacher, I find these embarrassing sometimes. But to not allow it is to not fill a social obligation. It comes with the package of being in Thailand. You have to, as a teacher, allow the students to honour you.

I read what a friend wrote about this in regards to the divers just packing up and leaving. She, like me, spends time, in both cultures. She felt the need to explain to Thais. I am paraphrasing, “The divers did not come to get congratulations, free dinners, photographs. They came to help us find these children and they did. If they don’t have time for photographs we should let them go but still be thankful.” What looked in Thailand like rudeness was just a different set of cultural priorities and needs.

Often we are faced with choices of ways to go about tasks. When comparing Thai and US customs as a young adult, I heard this question, “Would you rather chase the cows or fix the fence”? To my eyes, in the US, the answer to this question is obvious, “Fix the fence”. It is more efficient. We place a large priority on work efficiency. In Thailand, this question, at least sometimes, is restated, “Which is more fun?”. Sanook, fun, is another aspect of Thai philosophy. You are expected to be fun. To survive there you must learn to not be, “not fun”. Anything that you ask for with a smile on your face, and a soft voice is at least possible. Almost nothing is possible in Thailand without smiling, without a touch of Mai Pen Rai (it’s not a worry or big thing) and a touch of sanook (fun).

In describing this “fix the fence” question it makes Thailand seem ineffective, laissez-faire, etc. The thing people have to understand about this is that sometimes it is more fun to make money, sometimes more fun to be efficient, to fix the fence. Thailand can seem very chaotic and disorganised at times. But it would be a mistake to miss the power of the people of Thailand. When push comes to shove, when times are very difficult, when there is trouble, they know how to pull together and get things done. In pipe organ terminology, they know how to “pull out all the stops.”

In 1989, someone placed a very large order for beads in the pottery village where I lived. I suspect someone was in trouble and had an obligation to meet for these beads. I went to eat some noodles across the street. After my food was cooked, the waitress rolled beads. We went to the post office to buy stamps. The postman was rolling beads. There were no stamps to buy. He said, try again next week. Children came home from school and rolled beads. When the His Majesty the late King Bhumipol The Great died, there was a traffic jam on the roads into the capital. People came out to the road with food and water and help for those stuck. They started cooking. They were united. I suspect that the offers to help in the search of Yellow Cave were overwhelming and that a staff was gathered just to turn down supplies. It would be a mistake to take Mai Pen Rai as a statement that nothing matters, that Thai’s are chill with everything. They let the little things slip off their backs better than most people though.

So, I was struck by the overlay of cultures, needs, and little bits of conflict in that cave with those sweet children and the out of breath divers whose hard breathing you can hear on camera. The children are calm, controlled, chill. The divers spend really only a minute talking. They have a hard job, and a hard dive ahead of themselves, they are thinking that as soon as the operation can get out of search mode and into recovery mode the better. After only a minute of talk, a small amount of social need fulfilment, they start concentrating on the return. They are not abrupt or disrespectful to the children but answers get short, they are thinking about other things.

The children, whose English does not seem advanced, ask polite questions quietly, politely, no demands, and very clearly thank the men. This is an obligation that they must fulfil. It is the only place the emotion of the children who are in American terms very reserved but in Thai terms, so wonderfully Thai. The thank you and the “We are very happy” is the place where the emotion of the children comes out, and it only leaks out a little. We all see it anyways. The lack of emotion, they restraint by those children, has in it a level of respect for these divers, and a piece of pragmatism. I would love to meet these children. They seem kind, sweet, controlled, and Thai Thai to me. It is hard to believe that I feel like I can know from just a minute of glorious yet bad quality video, but I feel like I can.

The interesting thing to me, the relaxing and letting go of emotion, is the same thing that is needed for difficult diving. Emotion, fear, excitement, anything that consumes more oxygen is a real hazard on long difficult dives. The fear of taking the children out is that they will panic and consume too much time, and too much oxygen. It is the same state, the letting go of emotion, both jubilation and fear that you can sense in the divers. In the children, this is needed in the dive out of the cave. My hope is that Mai Pen Rai becomes a useful tool that the children can deploy while they are successfully extracted from the cave. While Mai Pen Rai is useful, don’t ever think that it some universal truth. Thailand is riveted to the media for news. People are praying, providing support for neighbours and friends and hoping for a photo of the children coming out of the cave. But the calm bravery of these children, in many ways, seems very much to me like the calm bravery of the divers.

Louis Katz has worked extensively understanding traditional pottery in Thailand. You can see his documentation of Dan Kwian village in My Village Makes for issue #6