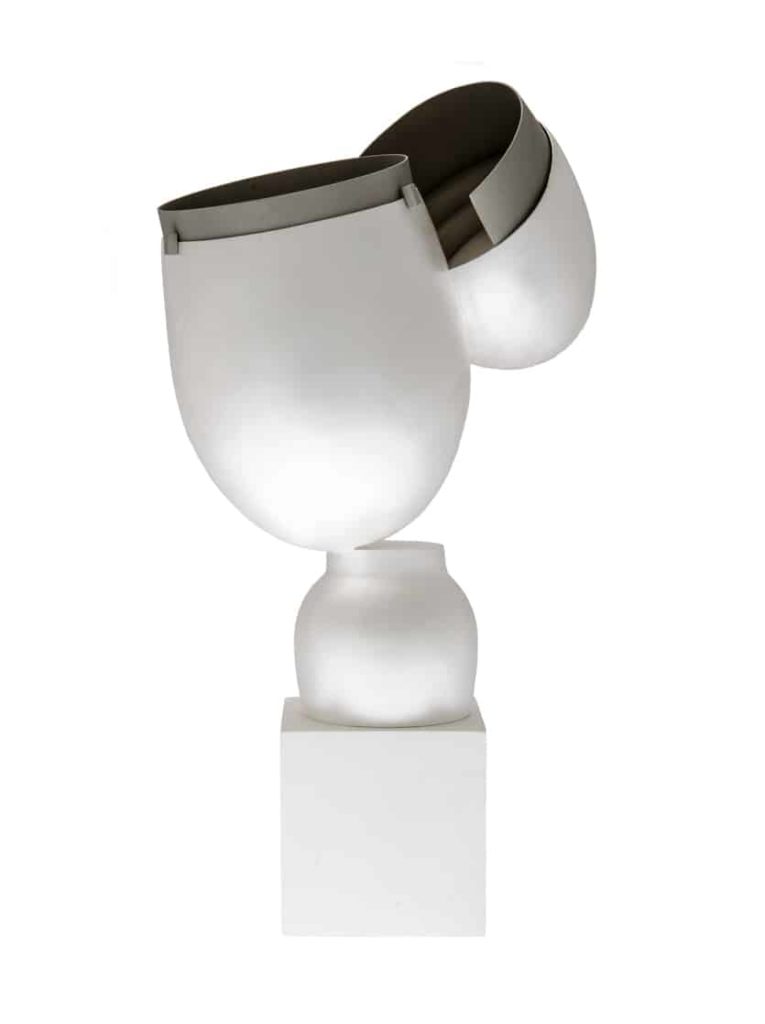 As a silversmith the use of traditional silversmithing tech­niques, especially hand raising, allows me to create the fluidity of organic sculptural objects, which have a close relationship to natural forms. I also find that the creation of an object requires attributes beyond the professional skills and techniques of execution.

Often my work is imbued with Korean wit and humour, and overlaid with elements of my own experiences that I’ve had since moving to Australia. Some of my work aims to challenge, engage or surprise the viewer, for example my “Nocturne” Teapot reveals unexpected outcomes as you examine it closely. Firstly it is perceived to be a teapot, but then you realise it can’t possibly function as such as its actual function as a lamp becomes apparent.

I also think various cultural experiences have influenced the production of my work. An essential element is the fusion of Korean and Western cultures that result in a universal visual language. In Australia I have a small studio where the limitations of space have encouraged me to explore the production of small wearable items of jewellery thereby expanding my repertoire

The inspiration for some of my selected work is from Korean condiments tray. The domestic Korean earthenware is used in a manner that is significantly different to that experienced in the West. Rather than merely containing and storing food the vessels are assembled in installations that have visual appeal, reflect cultural values and have their own artistic merit as a sculptural assemblage. 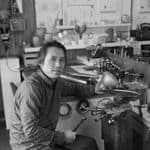 Daehoon Kang lives in Melbourne. He originally studied Fine Art at Kookmin University in South Korea and relocated to Melbourne to study at RMIT University in 1997. Daehoon’s jewellery is held in public and private collections, and has been thoroughly exhibited, in Australia, Asia and Europe.

Learning and sharing traditional plant knowledge
A Korean Sensibility: Something to Prove
Imaginary Animals, Auspicious Companions
I hope that my short stories get published one day
Wish upon Jiseung
The story behind the handmade covers for Garland
Yilaalu - objects for carrying stories
Starting a new life