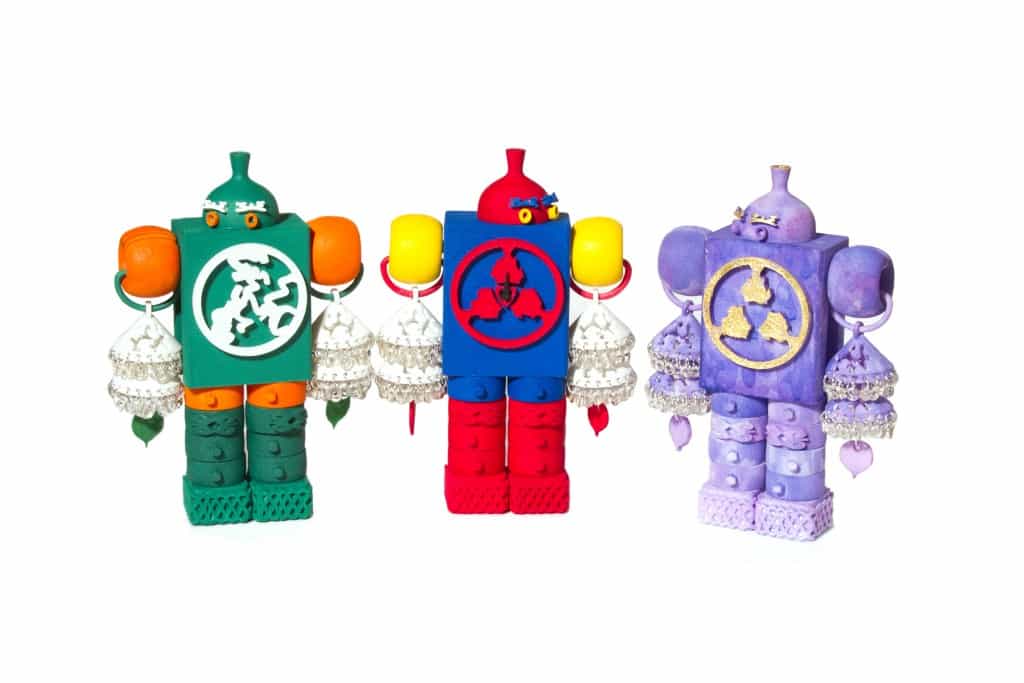 I explore new ways of creating ‘recontextualised’ jewellery and objects informed by a study of nomadic relics. I explore perceived cultural connections, employing symbols and imagery  – both real and imagined –  derived from Celtic, Scythian and Sillan (the ancient Korean) cultural artefacts. 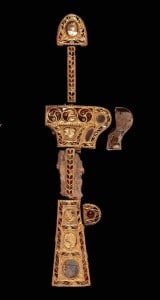 Whilst undertaking my Master of Fine Art program at RMIT University, I became interested in an excavated golden dagger the National Treasure of Republic of Korea N0.635. The dagger is unusual for the type of Silla between 4th and 6th century. The decorative symbol looks like Triskelion which has been found Celtic, Scythian and Sillan cultures. Moreover, the appearance of the treasure no.635 is similar to a dagger that has been discovered at a burial site in Borovoye, Kazakhstan. Also, there is a mural in Kizil caves site now known as Xinjiang, China that depicts a noble man wearing a dagger remarkably parallel to the dagger of treasure no.635.

My work addresses transculturality; the ideas of interconnectivity, similarity and difference and in the present day.   I believe that we are not isolated communities. Even if a singular culture insists it is unique, it is entangled with external networks. Lifestyles are interconnected in a variety of ways, across national borders.  My work celebrates this.

The combined imaginative linkages include the DNA match, similar relics, shared symbols and patterns, parallel construction styles of noble burials and lexical similarities between the three kingdoms. These have become the inspiration for my artworks. The linkages that give me a creative freedom or license irrespective of ‘institutionalized’ authorised interpretations of history and enables me to address the cultural interactions between Celt, Scythian and Sillan.

The convertible jewellery and object, ‘Unexpected linkage’ is an outcome of these explorations. In this work, I combine 3D digital printing, the World Wide Web technology and handmade processes derived from traditional gold and silversmithing practices. The produced artwork opens up a new combination of materials (polyamide and sterling silver), and slow and fast techniques (hand made filigree and 3D digital printing and methods).

The work consists of ten rings, one pair of earrings, and one brooch. These are all wearable. In order to build this, I started off with copying the original shape, symbol and pattern of relics from the three kingdoms in a virtual 3D space by using a CAD program. And then I played with the drawn 3D images in various ways including rotation, stack up and juxtaposition. The headpiece of ‘Unexpected Linkage’ comes from the quaich of Silla, a symbol of Scythian becomes eyes and eyebrows, and a Celtic pattern decorates the foot rings. 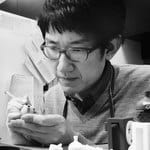 Sun Woong Bang lives in Melbourne where he is taking a PhD at RMIT University. In 2015, he won the Victorian Craft Award-Jewellery Encouragement (Craft Victoria)