A custodian object from the Murrumbidgee

For Hape Kiddle, the coolamon he carved from Cooba wood is a conversation with the earth that we are custodians of.

Hape Kiddle grew up on the Rangitikei and Hautapu rivers, in the Manawatū-Whanganui region of North Island, Aotearoa – New Zealand. He had already started carving when he was six and a half years old, recreating natural forms like shells and leaves. Life by the river was a significant influence: breaking open river stones revealed an ancient fossil past. Later he carved traditional Māori bone hei matau (fish hooks) and hei tiki adornments.

After “crossing the ditch” to Australia, he studied furniture making at the University of Tasmania under the legendary Kevin Perkins and John Smith. During this time, Hape often visited master carver and ecologist Peter Adams (Windgrove Centre) at Roaring Beach, which helped determine his future path.

The origins of Custodian

Hape had been working around the Murrumbidgee River and learnt how it creates the communities that live alongside it. Likewise, “Coolamon offers to hold something, stories”. His coolamon features in the exhibition Custodian at Griffith Regional Art Gallery. His carved wooden objects—mainly vessels—evoke the curvilinear designs of Māori modernists such as Tuti Tukaokao.

The signature piece in this exhibition is a collaboration with Pete McCurley, who Hape relies on to find just the right wood for the purpose. In this case, he found a piece of cooba (black wattle) near a large sheep station. “The moment Peter brought it in, I saw the coolamon bowl. He has amazing sensitivity. Peter is part tree.”

The densely figured cooba played its own role in the creation. “It had a niggly grain. It wants to go this way and that. My process is: adzes, axes and chisels. It’s a slow process that really allows you to get inside your work. It keeps you there.”

One striking element about the object is the strap for carrying. The coolamon is threaded with waxed linen, sourced from Birdsall Leather. The line of holes for sewing in the thread makes a kind of hybrid wood-textile object. The sutured strap signals that the coolamon is more than a museum object on a plinth. It’s made for walking.

In response to the suggestion that he might be a “thinker-maker”, Hape responds, “I’m more a ‘feeler-maker’. My language is the object. Making has always been the language in which I entrust my deepest thoughts and feelings. Words are my second language, of which I have far less skill.”

Despite this, Hape has the capacity to evoke the broader feeling within which he carves his objects, as reflected in the ritual of a nightly walk.

For the last while I have been taking walks along a trail in the National park (Cocaparra) fifteen minutes from my home. I do this at night, in absolute dark. The track is four and a half kilometres and passes through a rocky gully, ascends to a ridge and comes back on itself as a loop. Each time it is a different experience, punctuated by different contributing elements. A full moon, no moon, a wombat on the track (the first one I have ever seen in this area—twenty years), and so on. I liken this process of night-walking to a cold shower. Every part of me is hyper-aware as I do my utmost to navigate the precarious track. Moss gives off a little light on the stepping stones, the darkest shadows are the path through the long grasses up top of the ridge. Every sound is keenly taken in, kangaroos are startled and sometimes return the favour.

For Hape, his carving reflects a strong sense of Whenua, of land:

I want people to gravitate to an understanding that they’re of this place. That wherever you stand, if you look after it and engage with it, then that’s your place. I think I’m trying to point to our natural connection with the world and our place within it.

My conversation with this earth is through object. It is a lifetime (a very short time indeed in which to succeed in something) dedication. I am not so clever, not a leader, not many things and I don’t need to be. But I show up every day and put my energy into the world for its good (at least I am trying). This for me is both purpose and prayer.

Yes, we are custodians of this place. 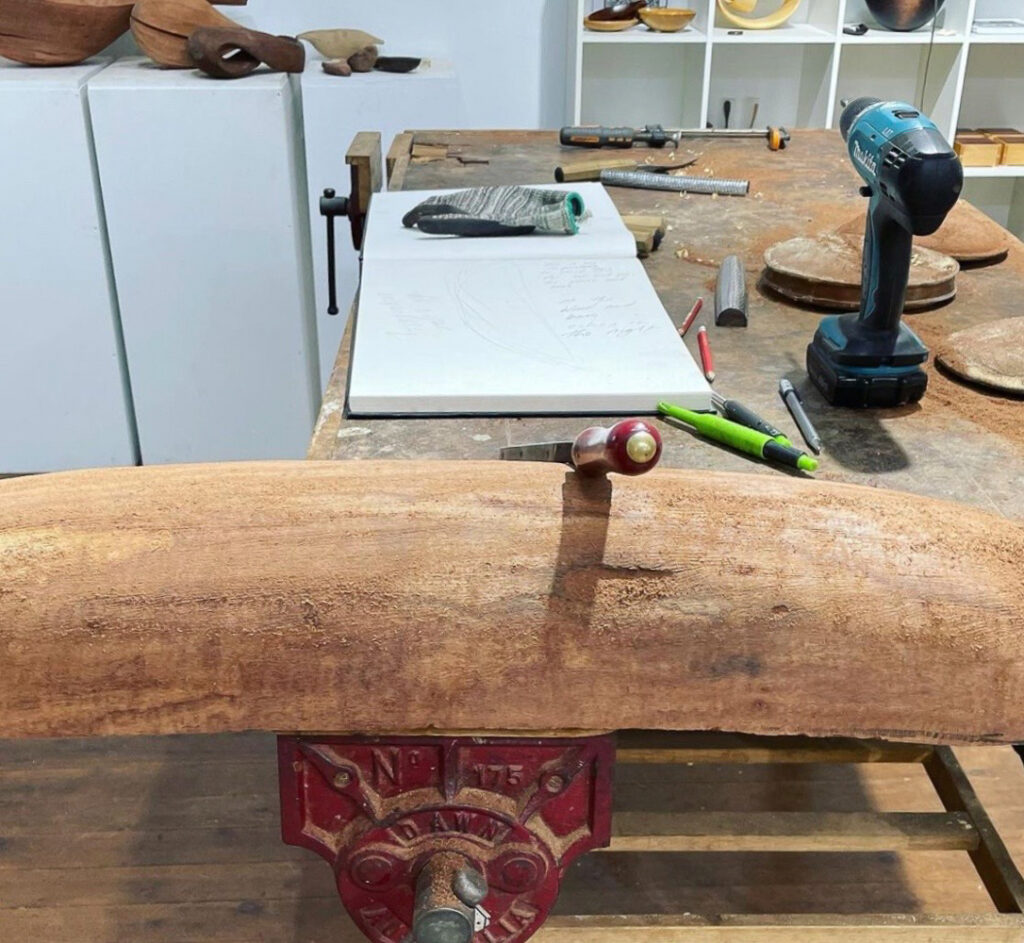 Custodian was at the Griffith Regional Art Gallery, 5th February to 14th March 2021

Pete McCurley writes about the cooba that he passed on to Hape.

Let’s go stand a bit on the Murrumbidgee flood plains. There’s a spot a bit higher up. Burial ground sandhill rise. Ceremony spots where the battery terminals of the country jump up live still. Doesn’t flood so often there. It’s a place where the timeline artefacts presence of human animals stand across the whole great change that swept the land. Further back into the older song. The scar trees stand. Everywhere.

So the country got rolled into one of the regions biggest, iconic sheep stations. The high bank of the Bidgee holds the station manor and all the decrepit outbuildings from where people used to work out on the land. Even that history rolled past. The great disconnect.

There’s a mighty shearing shed there amongst those scar trees. Made of Cypress bones chopped up and piled together.

In the eastern Lee of that shed is a different sort of tree. Cooba. Doolan. Motherumba.

Cooba don’t live by linear time. They don’t grow up pass on seed, get old, die. Be replaced. Or they do that too but that’s not the only way. An old tree can jump up off the roots and be a baby again. That’s the culture continuity analogy. We just take babies off those old roots.

Righto. To the point. I go cutting timber out in that station. I have for years. Sometimes with my kids, other times with other fellas, sometimes my woman too. Sometimes just me and the trees and River.

That old Cooba on the sunrise side of the shed I go visit. We’re mates. When we first met she was huge. Spreading. Weatherbeaten up to being pretty ready to lay down. One big leader was long gone and the rot down deep in her core. I cut the offering laid out for me. Guitars sing now where those deep drooping leaves spoke with the wind. People hold that wood as tools where the tree held the sky.

Remember I go back there. Well another time I come to find her broken. Her entire body laid out. Bark clothes falling away.

So I did my business. The wood conduit work thing of sending that body into the world.

Now cos Cooba can coppice I spent some time there. I piled her branches loose over the stump. Made a big old loose web of them. See those delicious land lice we call sheep love Cooba coppice sprouts. Sheep lollies. So I helped her with my funny moving around animal body to position her tree body to protect the babies. Potential for what comes next. There’s the custodian analogy. We don’t do the work. The world does it itself, we just join in.

See the thing is, we eat of the world. We take. Even if we are cool with impermanence and the knowledge that we will be scoffed that’s not enough. Ya gotta give back to be in relationship. An inheritance isn’t near enough. Relationship. Reciprocity if you want the fancy now word.

Now sending the timber out into the world is what I do. How I survive this monetised world of separation. I sell trees bodies for money. Sit with that. No shit that’s what I do. Let’s be clear that’s an imperfect offering. So I give the wood away too. Sometimes that body becomes alive again in new ways. That’s why I give a heap to Hape see. The gifts all my way see cos he goes and does the work of helping that old tree sing again. Lines that describe the goodness of movement. The pattern language of our forever world unfolding sing there.

All these words leave me needing to use my hands.

That oughta do but I’ll leave off with a question.

What does the blood ask of you? 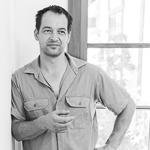 Hape Kiddle is a wood sculptor, environmentalist, and sometimes jeweller, currently living on Waradjuri country Australia, far from his home of Utiku, on the Houtapu River, Aotearoa. Hape’s contemporary styled wood carvings seek to explore our relationship with land and express that as humans, we are not separate from the natural world, but are very much another part of this nature. We are Tangata Whenua  ( people of the land ), how can we be anything other. The soil feeds us, the river flows through us, the earth is beneath our feet. Follow @hapekiddle