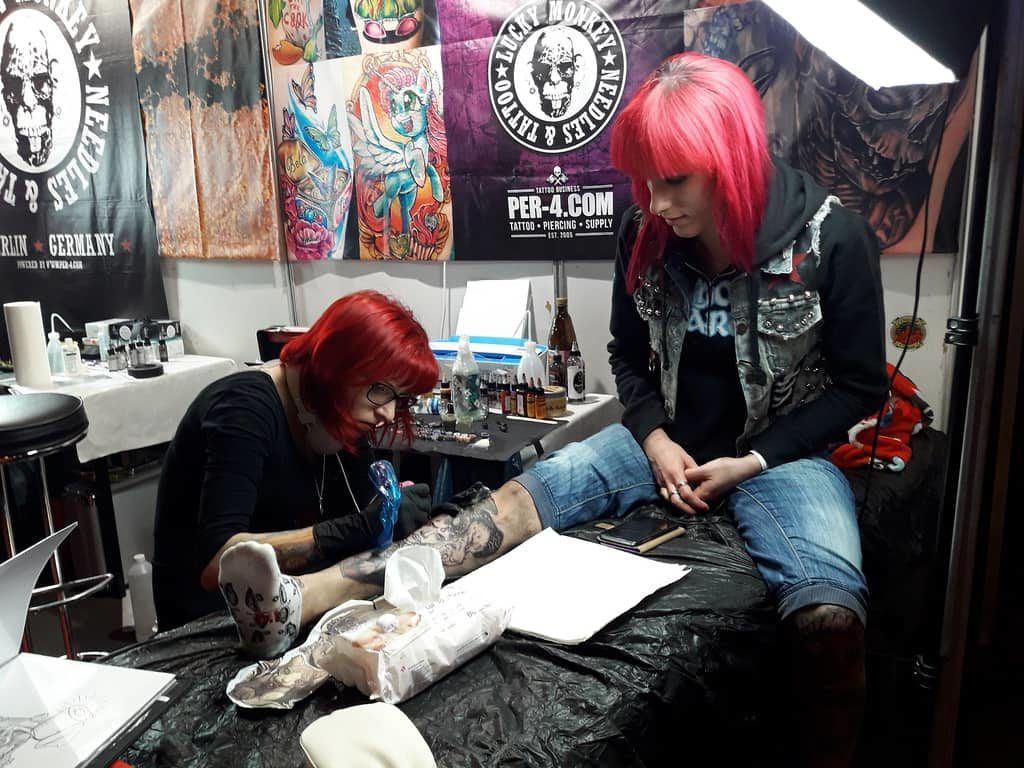 A sociology article appeared this year which analysed the phenomenon of “hipster capitalism”, which involved the investment of creative capital into pre-industrial trades such as tattooing and brewing. We thought Garland readers would be interested in learning what the author considers to be the implication of this analysis for making practices today.

It is widely recognised that since 2008 the socio-economic landscape has transformed. Some defining features of this transformation include digital disruption, the decline of old manufacturing industries and the rise of finance, and withering public sector employment under government budget pressures. Concurrent with these changes has been a perceptible increase in small enterprises trading in bespoke style, fashion, food and the arts of living well. Examples include regional organic produce, craft-brewing, atelier clothing, re- and up-cycled goods, handmade furniture, as well as body products and wellness service. However, research regularly finds that work and enterprise in this emerging “hip” economy is often unstable and precarious. Researchers are investigating how these micro-enterprises become sustainable, and thrive. Attention is now turning to how this cultural and creative sector operates through a compound economy comprising: gifts and favours, household and family resources, small government grants, and ultimately, the selling of goods and services for hard cash.

✿ So in “hipster capitalism”, might an artist become a tattooist? Rather than waiting for an unlikely academic position, major grant or generous collector, the artist finds a “trade” and transforms it into a creative practice. Is this what happens? What other examples might there be?

Yes. And of course, each person’s career trajectory will be shaped by a whole range of individual and social factors, as well as chance. One significant social aspect for me is the decline of specific industries and state support for the arts, and the rise of the social factory. So the idea is that in hipster capitalism any aspect of culture or social life can be brought into or moulded in market relations – where it can be bought and sold. Now tattooing has a long cultural tradition, but what Mary Kosut, a sociologist in New York, argues is that the ‘artification’ of tattooing (the use of fine art motifs and styles) came about because those trained in fine arts could make a living from tattooing rather than wait for the vagaries of the art market to reward them. I think other examples might be more everyday: the retrenched chemist becomes a craft brewer; the burnt out materials tech teacher moves into designing and making wrought iron garden furniture; trained dancers move into burlesque or dance therapy. It is people starting to think creatively about how their artistic and craft skills can be folded into livelihoods. I think the aesthetic component of these shifts is really important, so that the signs and images of style and taste are used to create unique selling points. This more general cultural competence around understanding fashion and/or social distinction becomes aligned with more specific skills such as design or the arts, but filtered through an eye for generating market exchange.

✿ This seems quite a positive development. Art can be often restricted to an elite audience, such as those invited to the gallery opening or who subscribe to a ballet season. Yet the developments that you describe connect these practitioners to a more everyday market and fulfil a direct need or desire. The tone of your article about “hipster capitalism” seemed critical of this development. Can you say what the downside is?

I agree that there is indeed a liberatory aspect to being creative, turning your passion or your specific cultural knowledge or skills into a job or career, or being your own boss. However, some researchers such as Angela McRobbie and Andy Pratt in UK have found that this affective dimension – the passion to pursue a creative or maker occupation is fraught with difficulties: contract work, self-exploitation, multiple-job holding, exhaustion, compulsory networking woven around the main occupation or activity. So, as a sociologist, my critique is not so much geared towards what people choose to do creatively, although I do think this turn to cultural production is an epiphenomenon of deep structural changes to capitalist societies! Therefore, I am pointing out that in these austerity (or however we label the current age) times cultural production and self-employment are fusing as an emerging area for the new middle class. Culture and taste, style and design are malleable and can be commodified in new and inventive ways.

My critique or question is directed, albeit somewhat elliptically, to how can these sectors be supported at a macroeconomic or institutional level. Speaking from an Australian context, but no doubt with resonances across the Global North, a significant problem is affective demand within national economies: wages have stagnated, flexible work and underemployment are a new norm, and the financialisation of housing and rising housing costs (be that through rents or mortgages) circumscribes the discretionary income spending of the mass of households or ‘consumers’. My colleague Fiona Allon at University of Sydney has written extensively on how financial capital dominates social life, and debt fuelled consumption is an expectation.

So, in more critical theoretic registers I find it compelling that some scholars (such as Maurizio Lazzarato) are arguing that state governments are constructing or supporting national money in its store of value form, aiding the usual suspects here—the state melds with finance sectors, investors, larger industries. Simultaneously there is a withering away of money’s role and capacity as a form of exchange; a form that would be of most benefit to cultural micro-enterprises. That is, in one form—money in its exchange function that would expand creative sectors — is subsumed under stabilising money as a capital form for investment/speculation, which of course politically supports those already with capital and this not necessarily young people who are vital to cultural economies. Allowing people to expand their consumption of local arts and crafts and services (which may be more expensive than mass imported consumer goods), and inducing this flowering of creativity, is what needs to be addressed.

Now these interpretations of financialisation are also all very anti-neo-liberal. From a neo-liberal perspective, the popular or mainstream discussion about cultural entrepreneurs or the market is not about exchange (as it was for classical liberals such as Adam Smith), it is about creating a competition space between formally free social actors; exchange is a by-product. The upshot is greater competition (or supply) between creative people performing entrepreneurial identities is met with anaemic demand. As the contemporary political economists Mark Blyth and Thomas Piketty argue, the ‘West’ is trapped in a long period of low growth and low wage growth: most benefits are to the owners of money capital rather than say small scale scale entrepreneurs . In the ‘hipster capitalism’ article I try to think through how cultural producers encounter this context, being supported in a variegated economy that relies on households, gifts, and some redistribution – and then perhaps how access to these resources can make or break an enterprise. My normative argument is that we need to reclaim classical liberal thought—or some new variation of this—to how we collectively want money to function in society, and consequently support new cultural enterprises. It is an attempt to create a new moral economy so that creative work and cultural enterprise is also embedded in economies of effective demand so as to create sustainable employment and livelihoods – and vibrant cities and communities.

✿ What do you mean by a “moral economy”? What form would this take?

Anglo-Liberal societies have a strong moral compulsion to work and to be productive. There is no free lunch and all that. To be sure, there are very clear psychological, emotional and well-being rewards for engaging in creative practice. One of my points in “hipster capitalism” is that in the creative and cultural sector there is a risk (and reality) of productivism and busy-ness without commensurate material rewards, which acts to constrain freedom about how we might live. The dull compulsion of maximising and celebrating working restraints other freedoms – be that to have more time with families, working in the garden or community, recycling and repairs, working in self-interested creative passions that mark out humanity (be this in music, wine and food, surf board design or whatever), or even reading books! So in a future post-growth society, the development of schemes such as a Universal Basic Income (UBI) might be concurrent with a new moral situation where there is a freedom not to work in “the market”, but to use our time in individually satisfying ways that enhance human creativity, and social and environmental sustainability. Now there are some intense debates about UBI and its application, but as Van Piljis in 1991 argued, it is also a very conservative policy innovation for it addresses the moral trade off between work and freedom. I am suggesting that if we want to think about the broad place of creative work in a future society we also need to rethink the moral economy of work, and how the governance institutions of our current political economy can be redesigned to better support the nexus of creativity, work, income and freedoms. 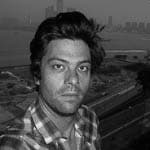 Dr Michael Scott  is a sociologist at Flinders University, Adelaide, Australia. He researches the intersections of culture, work, and enterprise in urban areas. He is currently investigating the social backgrounds of cultural workers and entrepreneurs in Australia. His article Hipster capitalism in the age of austerity is available from academia.edu or ResearchGate.

Weaving land and people: the Gwen Egg story
Playing tag with local identity: Art development in the inner city
The Tapestry Couch: healing and new beginnings at heart of refugee arts project
Godh: in the lap of nature
Sustainable housing for artists and creatives: A new cooperative model in Freman...
Devalued Currencies, Metaphorical Tapestries: "Yaw Owusu - All That Glitters"
Waterfall in a box
Talk of the town: How do you balance love and money?