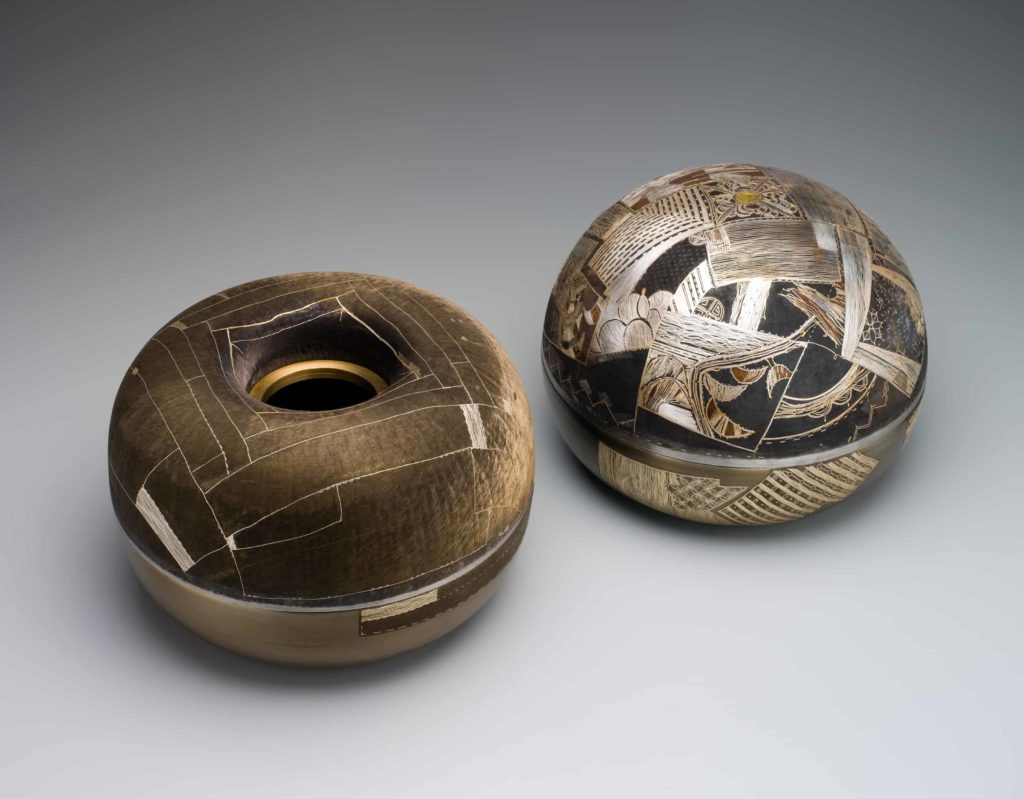 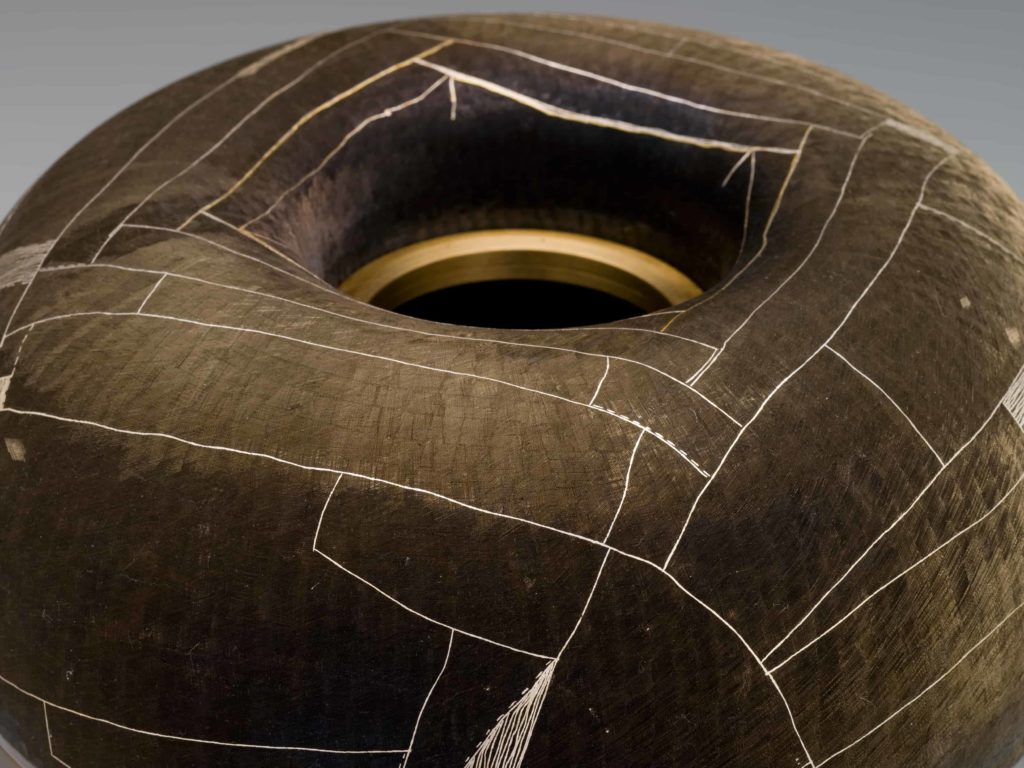 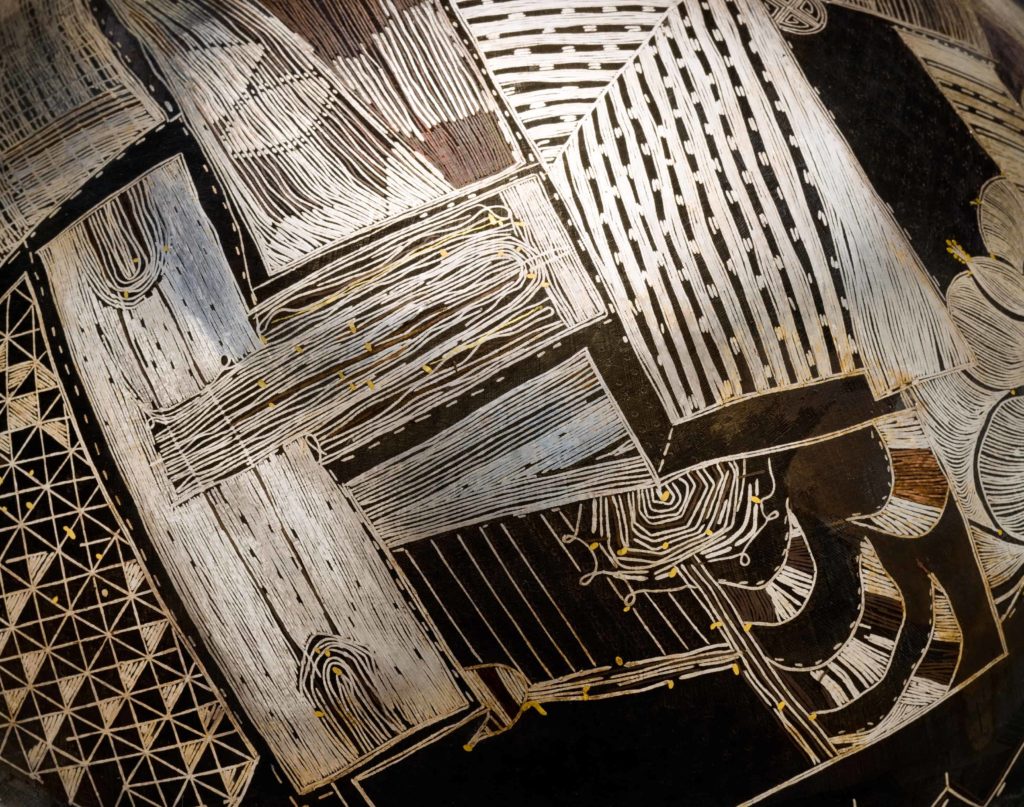 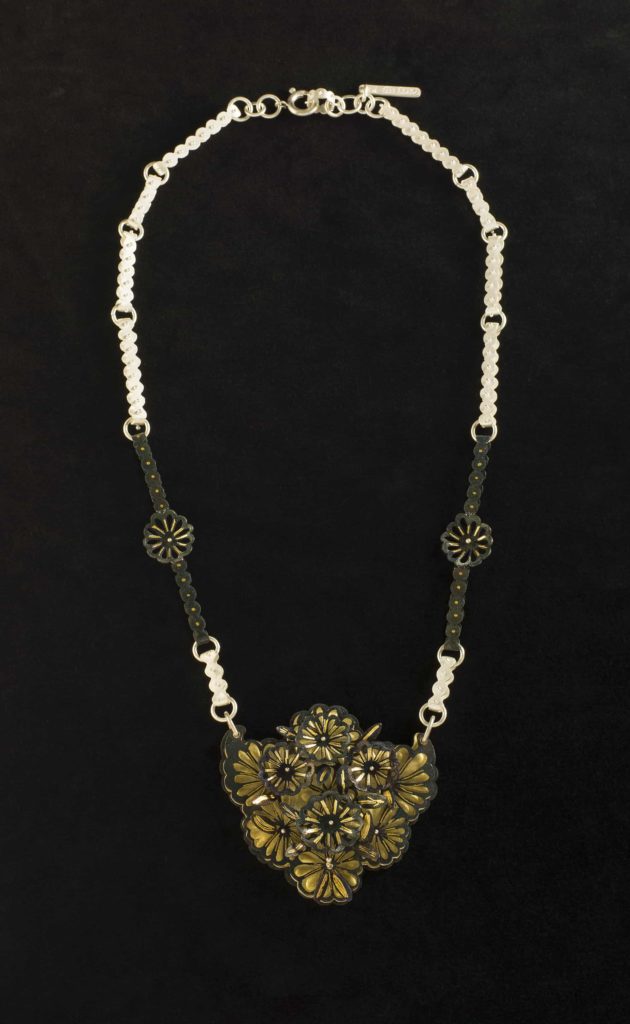 The art of metal crafting has a long history in Korea. Since the production of the ‘Korean style slender dagger’ in the 10th century BCE, Koreans have demonstrated an aptitude for sophisticated and exquisite metalworking techniques. As Buddhism spread (Three Kingdom period and Goryeo dynasty, 67BCE-1392CE) and Confucianism took hold (Joseon dynasty, 1392-1910), metalcraft flourished, resulting in the production of highly ritual objects and many beautiful and practical items for daily life.

In contrast to other parts of Asia, Korean artists have tended to favour metal over other materials. Concerning ‘table culture’, for example, the Chinese have traditionally used white porcelain spoons and the Japanese, lacquered wooden chopsticks while the Koreans have long preferred thin metal chopsticks. This well illustrates the ways metal was valued at even the most basic levels of everyday life and consequently, why Koreans have excelled in its production.

The legacy of this tradition is clearly evidenced in the works of Korean contemporary artists both working in Korea and abroad. One example is Joungmee Do who is amongst the most prominent metal artists based in Australia. Joungmee studied at Kookmin University in Korea and came to Australia in 1997, attaining her Master of Fine Arts in the Gold and Silversmithing Department at RMIT University in Melbourne. Joungmee uses a traditional Korean metal working technique called jjoeumipsa (chiselled inlay) to create innovative and contemporary designs. Yet, her work reflects one of the most significant aspects of traditional craftsmanship known as ‘spirit of jang-in’. In fact, her works were among the key contemporary pieces in a Powerhouse Museum’s exhibition titled Spirit of jang-in: treasures of Korean metal craft, which celebrated the 50-year bilateral relations between Australia and Korea in 2011.

Jang-in is a Korean word used in a similar way to the English term ‘artisan’, ‘craftsman’, or ‘master’.  In Korea traditionally, people who devoted themselves to a particular profession throughout their lives, or mastered a particular skill to become masters of that profession, were called ‘jang-in. ‘Jang-in’ believed in setting high moral standards in their profession and the goods they made were not necessarily created simply to satisfy clients or the public. Instead, their products were considered to be their ‘other-self’ as they were made with their soul and devotion. One of the most important qualification for being a jang-in is the artist’s aspiration to attain highly developed skills. Jang-in is founded on this principle and the intent to acquire skills is considered more important than the finished product. For the jang-in, acquiring skill is a meditation, a cultivation of himself or herself to enter a state of complete absence of ego. In artworks produced through highly developed skill one can often sense a powerful aura, even though the works may be simple and not elaborately decorated.

Joungmee’s work reflects not only her outstanding creativities but also plays a significant part in maintaining the spirit of jang-in. Her devotion to mastering traditional skill jjoeumipsa is an example.  Jjoeumipsa is a traditional Korean inlay technique, which involves chiselling the entire surface of the body of the work before inlaying it with silver wire as decoration.  The surface is chiselled four times in different directions: parallel, vertically, and diagonally in both directions.  Silver wire is ‘sewn’ into the chiselled surface using a small hammer.  The tracery of chiselling on the surface gives a beautiful texture not unlike that of velvet and the decoration of silver wire resembles embroidery.  The technique is labour intensive, and the chiselling must reflect the fineness of the silver wire to be used in the work.  If the silver wire is 0.15 mm thick, the chiselling required for one centimetre amounts to 60 to 70 hammer blows.  For an area of one centimetre square, the chiselling and inlaying would require approximately 350 hammer blows.

Joungmee remarked in an interview, ‘Sometimes I question myself why I have chosen such a labour intensive technique as jjoeumipsa in my work.  It takes so much time to finish one piece and requires diligent practice to maintain my dexterity.  If I don’t practise even for a day, my hands tell me I have been lazy.  Even if I’m not making particular pieces, I still need to practise chiselling to avoid losing the flexibility of my hands.  However, I must admit that I like doing this as when I concentrate, I forget all the burdens of life.’  Joungmee’s contentment is obvious as she sits at her work desk and ‘sews’ silver wire into the metal surface.  Her practice has all the appearance of a meditation for her.  Joungmee does not have a specific purpose in mind when she makes metal work.  She does not deliberately try to advocate tradition or project her Korean identity by using her heritage.  She simply wants to make things which are familiar to her.  Her choice of the jjoeumipsa technique was intuitive, perhaps because it is like sewing and evokes a long tradition of the many women in her blood.

The jjoeumipsa technique was not taught in the Korean university Joungmee attended, where western metal smithing dominated.  After she married, Joungmee stayed home like many other Korean women, but she got bored and went to study this technique with a master jang-in, Choe Kyo-jun, in Korea.  Her designs are not limited to traditional Korean forms; responsive to the natural environment as the ‘jang-in’ rightly should be, Joungmee has been living in Australia for 18 years, and the Australian environment, her new home, gives her artistic inspiration. Recently, Joungmee won 2015 Contemporary Australian Silver and Metalwork Award. 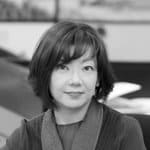 Min-Jung Kim is Curator at the Museum of Applied Arts and Sciences (MAAS), Sydney. Her particular area of expertise is East Asian art, spanning historical and contemporary Asian materials like ceramic ware, bronze ware, lacquer ware, carvings in jade and ivory, photography, as well as fashion and dress. Min-Jung has worked on a number of high profile Korean exhibitions in Australia including ICOM (International Council of Museums) Australia Award winning exhibition Spirit of jang-in: treasures of Korean metal craft (2011), Earth, spirit, fire: Korean Masterpieces of the Chosŏn Dynasty (2000) and Rapt in Colour: Korean textiles and costumes of the Chosŏn Dynasty(1998). Min-Jung has published and lectured widely on Korea’s buncheong ware, Korean textiles and costumes, Korean metal crafts, Asian jewellery, Chinese toggles, Japanese fashion and museum studies. Recent exhibitions she has worked on includes A fine possession: jewellery & identity and Japanese Folds. Min-Jung also has a strong interest in cultural studies and cross-cultural interpretation in the museum context and has presented her research in this area at a number of conferences both nationally and overseas.

Artists in detention
Editorial
Condiment object
Quarterly essay - Still: Kirsten Coelho’s ceramics
Looking at Craft: Upside Down, Backwards, and Inside Out
I love painting, it is my favourite thing to do
I love art
The life cycle of steel