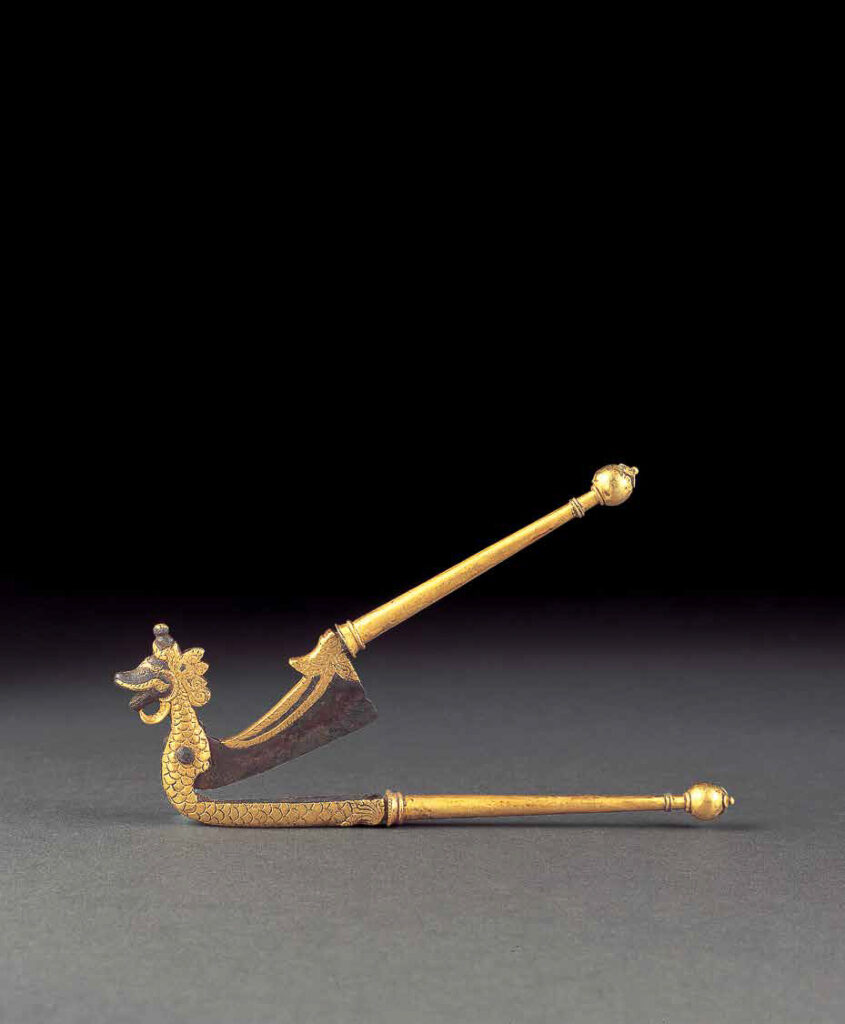 In her Thread and Fire: Textiles and Jewellery from the Isles of Indonesia and Timor, Linda S. McIntosh uses the extraordinary collection of Portuguese artist Francisco Capelo to represent the richness of material culture across the Indonesian archipelago.  These objects reflect the pride of Indonesian royal courts in manifesting their splendour. This extract about the kacip betel nut cutter is an example of the unique meanings attached to objects in Indonesian culture.

The Naga, the ruler of the Underworld and a source of fertility, holds various roles in Javanese and, in general, Indonesian society. The Javanese melded indigenous beliefs of a serpent deity with the mythical Naga of India that originated from the fusion of fertility cults worshipping snakes with Hinduism and Buddhism. Nagas and their female complement, Nagis, rule the earth, sources of water, and the Underworld.

The embodiment of these deities materialized into the form of a snake, human, or hybrid of the two. After the adoption of Hinduism and Buddhism in the western Indonesian archipelago, including in the kingdoms of Java in the first millennium of the Common Era, the physical manifestation of the Naga followed its depiction in these world religions: the hooded king cobra. During the second millennium, an increase in the imports of Chinese ceramics to Indonesia occurred. Javanese and other Indonesian cultures transformed the Chinese dragon adorning ceramic jars, plates, and other items into local representations of the Naga. The transformative nature of this deity has remained constant despite Javanese society changing.

The Naga, the lord of the earth and Underworld, continued to be a royal figure in Javanese culture after Islam replaced Hinduism and Buddhism. Its image occurs in different art forms from batik, wayang puppetry, jewellery, to kacip or areca nut cutters. 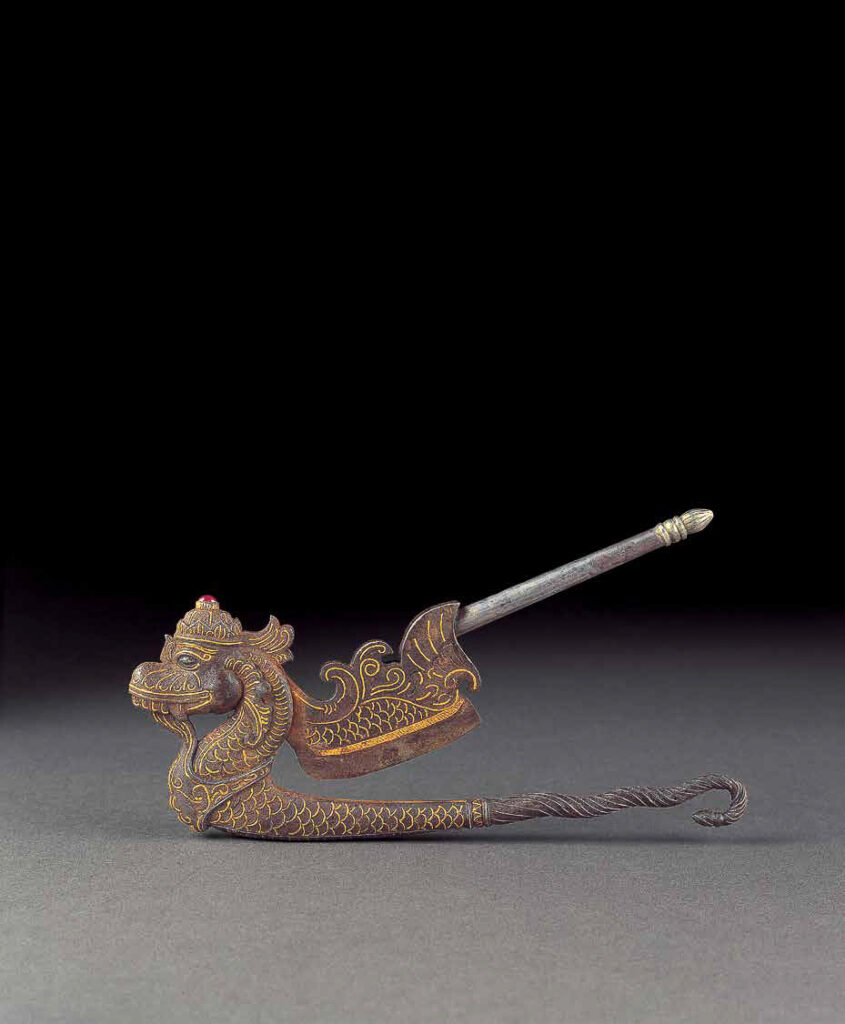 McIntosh, Linda S. 2019. Thread and Fire: Textiles and Jewellery from the Isles of Indonesia and Timor. River Books.

Finding Taketa: Serendipitous discovery and reflection in practice research
Raci's mangrove apple: A batik message from the coast of Pasuruan to the fashion...
Butterflies metamorphose into jewellery
We are all leaves on the tree: Ketemu in Bali
From canting to extrusion: The proliferation of technology from the Indonesian a...
Egypt reclaims niello: A craft for kings and sultans
Vide Poche: A timeless dish for every day use
Mansae balhada ✿ Cheongju’s ancient technology now