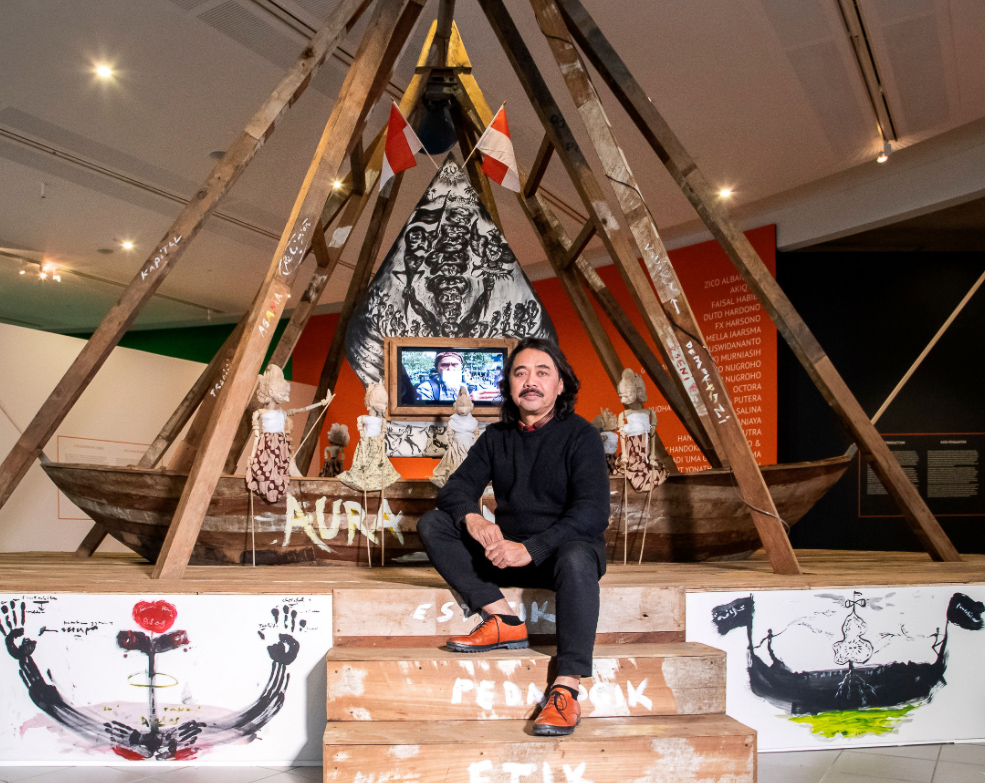 Indonesia has a deep and engaging set of art traditions. From fine art and crafts to its idiosyncratic and distinctive music, dance and theatre, Indonesian arts enjoy a special place in its culture. Having developed closely interwoven with its social history, art in Indonesia is not only significant, it actually resonates in the daily lives of people through their traditions, politics and religious and spiritual practices.

Today Indonesia’s art scene exudes self-confidence in its ability to speak to local conditions in a manner that, while influenced by Western art has developed its own agendas, forms of expression, complexities and unique voice. It has one of the most immediate and socially-engaged art communities in the world. This dynamic between a global and local dialogue has fueled a contemporary scene that seems self-contained yet able to speak universally. It is also underpinned by the strength of its craft traditions that have developed over hundreds of years with unique hand-skills, visual languages and forms of expression and their immediate relationships to materials and nature. While individual Indonesian artists develop their singularity through style and emphasis, they share some commonalities that reflect the desire to articulate Indonesia’s rich history with issues of current importance such as environmental problems, the position of women and the fear of violence. This socially engaged practice is a strong tendency among contemporary Indonesian artists.

Tisna Sanjaya is one of Indonesia’s best-known contemporary artists. Born in Bandung in 1958, his career has spanned a time of immense change in Indonesia that straddles exceptional events in the move towards democracy. Pak Tisna is part of a generation of artists that have responded to this period by embracing a mix of “political art” articulated through experimentation, and a search for new forms of meaning. Pak Tisna’s artistic engagement has concentrated on the formation of new metaphors especially aligned with the combining of environmental and spiritual values. Java has a very rich history of mysticism concentrated on self-realisation in a world of an animated nature. This has translated in Pak Tisna’s work where the environment and the self are more or less the same thing. A good nature = a good self. While this practice reflects strains of West Javanese mystical traditions and animism it also speaks to the influence of Western artist such as Joseph Beuys.

Pak Tisna was trained as a teacher and printmaker with a strong reliance on drawing as both a technique and as a personal form of expression. He has extended the traditions of etchings into a realm of expression that is underpinned by direct affect based on his feelings, intuition and desire to comment. His post-graduate studies in Germany bought him into close contact with the European Romantic tradition which Beuys personified. Ironically that tradition was partially influenced by Eastern mysticism mediated by Theosophy and in Beuys’ case the writings and artworks of Rudolf Steiner. In both Eastern and Western mystical and spiritualist traditions, nature and the human spirit are inexcusably linked. Like two mirrors placed opposite each other—they reflect each other. For Pak Tisna this reflection has become tarnished and clouded by the misuse of power.

Pak Tisna’s work confronts what he sees as hypocrisies, fueled by unclear thinking, that riddles society. The hypocrisy of religion as ideology, the hypocrisy of the way we treat nature while supposedly venerating it, the hypocrisy of a global society bent on individuality in which everyone is the same consumer. These are things he wishes to make right. The cure he brings to these ills is art: art used as a healing force imbued with creativity and speaking to the possibility of a clear and cleaner way of thinking and doing. In all spiritualist practices, cleansing is a ritual that while metaphoric is meant to be translated literally. In many traditional Javanese mystical practices specialised spiritual exercises (latihan kejiwaan) are a means to a cleaner and thus more pure spiritual self. Cleansing requires care and indeed love for that which is being cleansed. For Pak Tisna religion cleansed of munafik (religious hierocracy), nature cleansed of pollution and individuality realized through love (cinta), are attainable through the practice of compassionate art.

His recent installation/performance at the Australian National Gallery last year, Seni Penjernih Dialog (Art as Purifying Dialogue), is indicative of the positive force of art in healing and cleansing. This work, an extended performance, began on the Citarum River, the largest river in West Java and one of the most polluted in the world. The work highlights the consequences of compromised political and religious power, where goodness has been sacrificed for expediency and profit at the cost of ordinary people, wildlife and nature. A work envisioned through a critical frame, it speaks about the role of the artist in restoring common sense and common good. Like his well-known work with the small village of Cigondewah, west of Bandung, Pak Tisna’s role is that of an artist-activist. The Cikondang River that runs through Cigondewah is also highly polluted as the result of Cigondewah becoming over the past twenty years a regional centre for the collection of industrial waste, especially plastics. Pak Tisna’s performances—broadcast on television—drew attention to the degradation of the once-idyllic agrarian community and the loss of its cultural traditions in the face of industrialisation. The worst aspect of industrialisation is its waste. The television series was called Kabayan Nyintreuk (Sharp Criticism) with Pak Tisna taking the main role of Kabayan (a mythical Sudanese cultural character known for his satire and clever humour). He took aim at the failure of political and business interests to consider their actions on the people of the area and the environmental consequences of their drive for profit.

His project at Cigondewah; Pusat Kebudayaan Cigondewah: Revitalisasi Budaya dan Pemberdayaan Masyarakat (Cigondewah Cultural Centre: Cultural Revitalisation and Community Empowerment), involved a series of direct engagements with the people of Cigondewah in developing a cultural centre. From planning to competition, the work’s six steps moved towards the establishment of a voice for the local community through participation and ownership of the critical thinking, problem-solving and reconstruction of their living experiences (including religious practice). The first step was to introduce the project to the community and gain their engagement, approval and support. Next was the design and building of the centre, followed by various forums and workshops with craftspeople. The next stage involved the larger political context of the project. By inviting political figures from Bandung and West Java to the opening of the centre, Pak Tisna was able to expand the reach of the project by extending its context, both geographically, but more importantly, politically. Next, he grew a garden in the courtyard of the centre signifying a safe pace for both nature and people: a space of dialogue, collaboration and friendship. Then the project reached out nationally and internationally through a series of exhibitions that made the project not only more powerful locally but also turned it into a symbol of resistance, reconstruction and sustainability, and the strength of creative endeavour in building futures. The result has been a cleaner river and a reconstructed community that while still struggling with the weight of industrialisation has options and possibilities supported by an invigorated localised power.

While Cigondewah; Pusat Kebudayaan Cigondewah: Revitalisasi Budaya dan Pemberdayaan Masyarakat is not an artwork as such, it shows what can be achieved through the compassionate use of creative practice. The multi-faceted project was “made” by Pak Tisna, through collaboration, using art and goodwill to build a new set of possibilities. That is what art can do. While Pak Tisna’s art straddles political and environmental activism, community engagement and reconstruction, the laying-bare of religious bigotry and the need for spiritual values, ultimately his message, is that of peace through art. Pak Tisna makes art for peace transformation and healing. 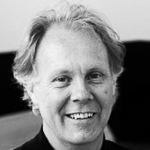 Professor Julian Goddard is a Melbourne-based academic, curator, writer and artist working at RMIT University. Julian has initiated a number of organisations such as the AC4CA and also ran a successful commercial gallery, Goddard de Fiddes, in Perth for 20 years. He is continuing to write about art, make exhibitions and art.

We are all Merantau: Macassan journeys
Water and flowers in Bali
Made in Indonesia: The globalisation of Indonesia’s footwear industry and the le...
Kandangan village: A rich harvest of innovation for pandemic response
Welcome to Kandangan, a modern craft village
The fragrant tuberose: Collaborative eco-printing by batik artisans from Pasurua...
From canting to extrusion: The proliferation of technology from the Indonesian a...
Academic and weaver join head and hand in Bandung