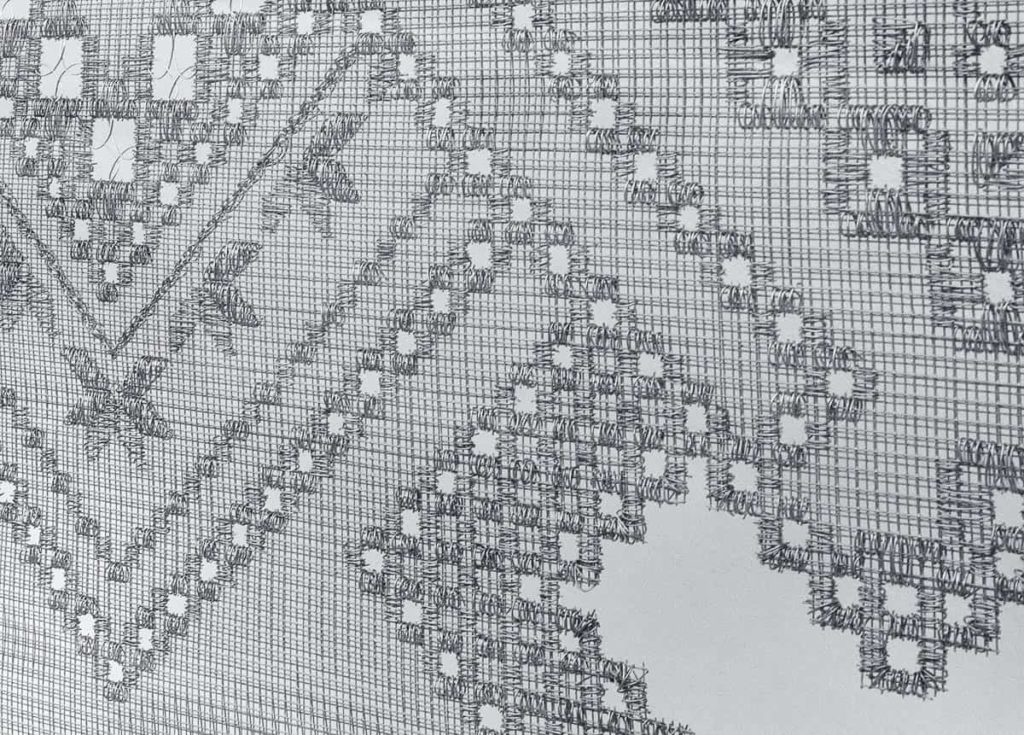 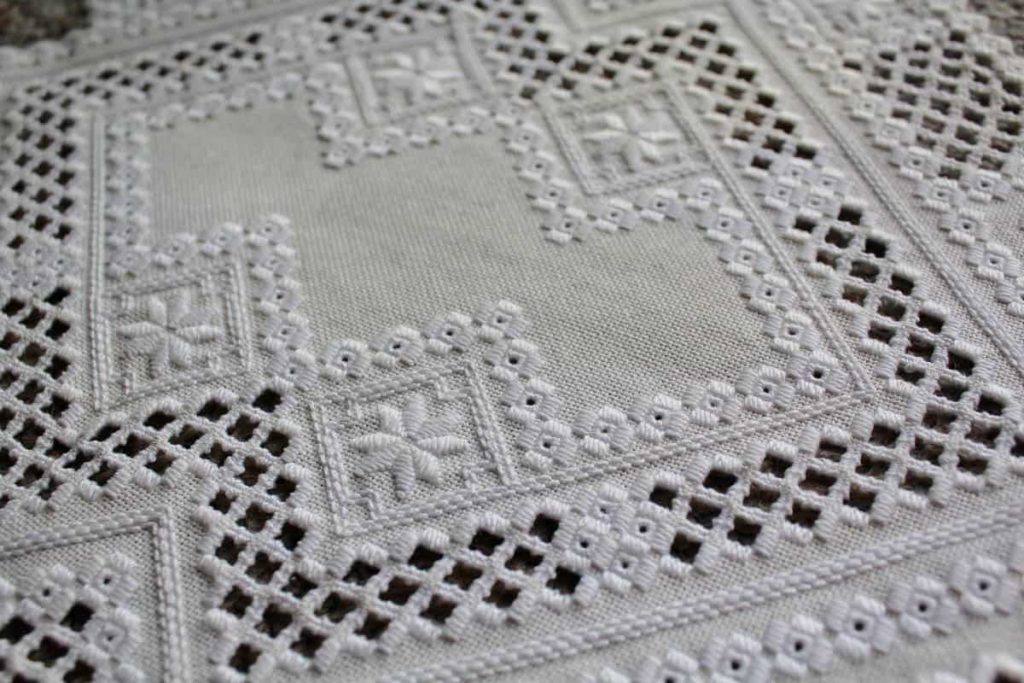 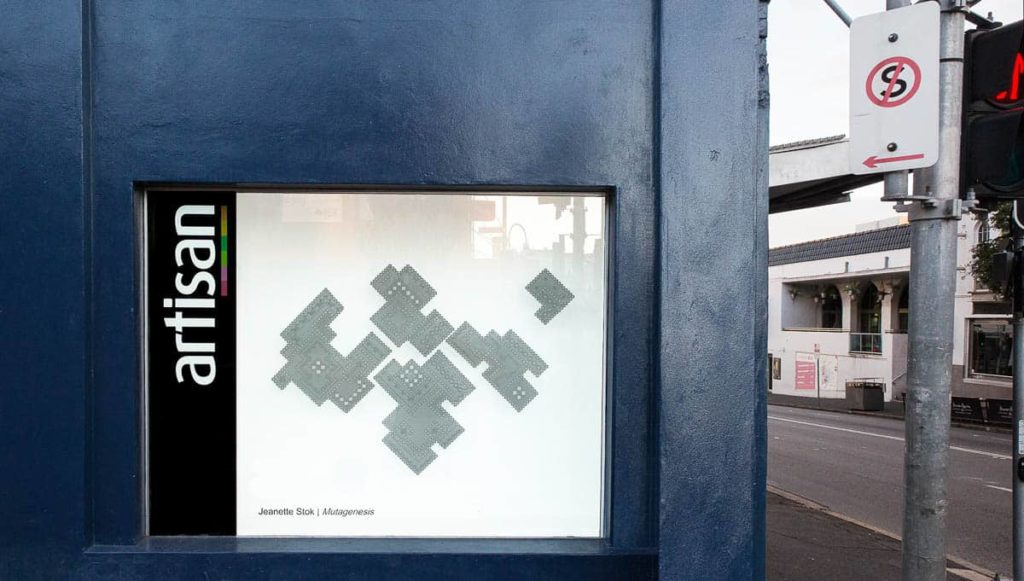 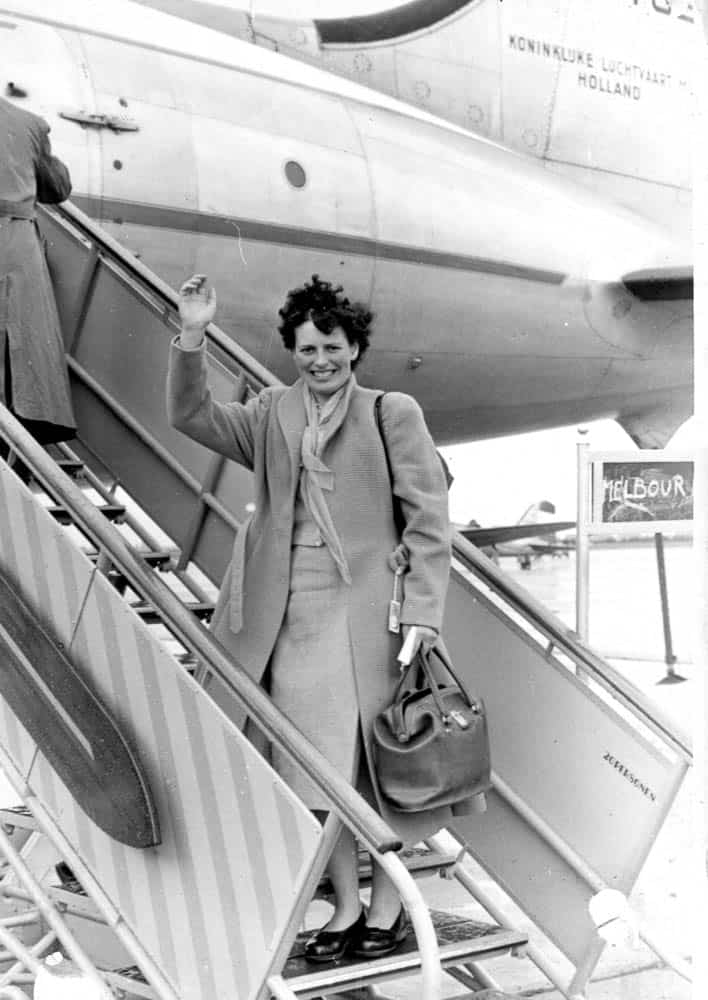 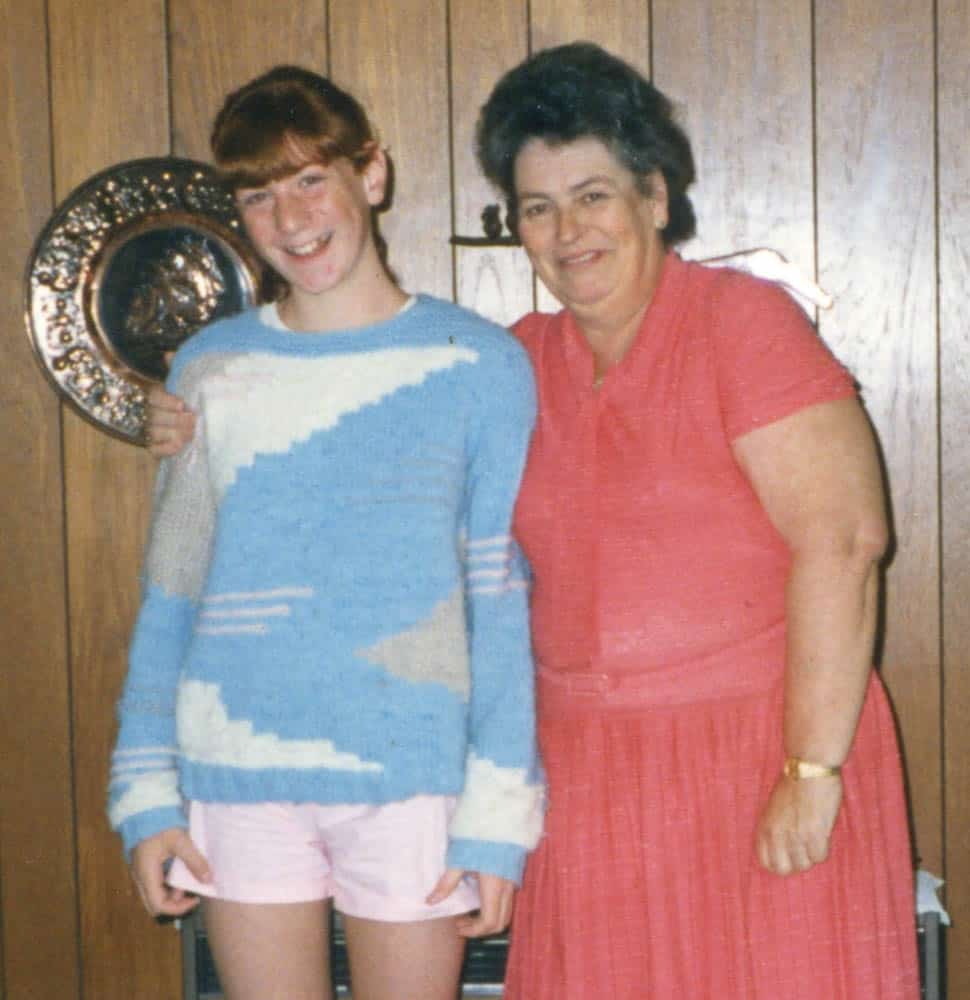 Sewing and a whole range of crafts have been a part of my life since I was a child. My mother was, and still is, a bit of a craft-nut. Her own mother, my Oma, was a seamstress and so my mum spent much of her own childhood sewing buttons onto wedding dresses. As I was growing up, Mum just worked through all the crafts she wanted to master, from basket-weaving, quilting to a whole range of different needlework techniques. So, I naturally dabbled with these crafts too, although by the end of high school I probably spent most of my time studying.

When I finished school, I started a science degree at the University of Queensland. From there I went into research science, working as a post-doctoral scientist in California, the UK and then eventually went back to UQ. Scientific research is a great combination of problem-solving and hands-on experimental work. It is the same combination that I enjoy in art, which is a cycle of thinking through ideas and making until something interesting come out. When I first started night classes at TAFE, I was determined to keep my science life separate to my art life. But as I progressed through my Diploma I realised that science was actually part of me. Science had influenced the way I think and interact with the world. Consequently, by the time I graduated from TAFE I had started looking for links between art and science. Since then I went on to do BFA at Queensland College of Art, which I graduated from at the end of last year.

Much to my mother disdain, I have never made any traditional Hardanger embroidery with linen and thread. The first time I tried it was with the wire mesh/wire and in my first piece I literally just copied part of one of my Oma’s embroideries. I found that by its very nature, any embroidery suggests ideas of heritage and inheritance. Within the concept of inheritance is both the physical objects you receive, as well as genetic traits have been passed down. I am also fascinated by the way counted-thread work, like Hardanger, uses a limited number of stitch-types to produce a multitude of different patterns. It reminded me of the way DNA uses just four components to encode millions of different genes.

My heritage is Dutch. Both sides. They all came out to Australia during the post-ww2 period in the 50s. My Oma’s first husband died when my mother and her sisters were quite young, so she had to use her sewing skills to support the family. I can definitely see the flow of skills and passion for craft through the family, and I try and connect those ideas to my art.

To a certain extent using wire was a little bit coincidental. I had been using the wire mesh for another project where I was making baby dresses from the mesh. It was during that project that I thought that the grid of the mesh would be perfect for replicating embroidery. I picked Hardanger because I knew that colour wasn’t an important feature of the technique and that it was more about the patterns and texture. From there it was just experimenting to see which stitches would work, and which ones wouldn’t. It was fun to work out what limitations I had with the wire, but also the possibilities that wire could bring. Wire is also conceptually a great material. It is so brutal to work with and yet that’s not what you immediately see when you look at the finished product. People often want to inspect my hands when they realise that I’m the artist.

Art and science can sometimes be a hard thing to combine. At the moment the science is definitely supporting the arts. I work part-time and have an extremely generous boss who allows me to be flexible with my work hours. I’m currently doing a Diploma of Secondary Education and hoping that teaching might be a good way to combine both disciplines. (I have friends that think I’m addicted to tertiary education but hopefully this will be the last one for a while.) I find it quite rewarding just making art that incorporates scientific concepts or ways of thinking. You start thinking about how deeply ingrained scientific ways of doing things have infiltrated all parts of your life. I’m very interested in the subjectivity of science, which is something that is often ignored because science is seen as objective.

I’m currently hard at work creating a wire Hardanger piece for the Tamworth Textile Triennial, which is very exciting to be a part of. Also, trying to develop some crossover between my embroidery and drawing practices that presently seem quite disparate but could have some interesting mergers. My aim is to find a residency either in Australia or overseas. I’ve always hoped to go to the Netherlands and explore the culture and how it shaped my grandparents. 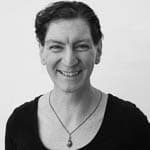 Jeanette Stok a Brisbane-based artist who frequently incorporates both craft techniques and scientific thinking into her art. She has just completed her Bachelor of Fine Arts at Queensland College of Art and supports her arts practice by working part-time as a post-doctoral research scientist at the University of Queensland. She is currently preparing work for Open House: 3rd Tamworth Textile Triennial that will open in October, 2017 at the Tamworth Regional Gallery and then travel around the country. Website: netistok.wordpress.com

Quarterly Essay ✿ Of time and the city
Itohen universe: A new generation textiles workshop
Silk from San Pedro Cajonos: Artisans weaving new connections through the web
Folding Indigo: Keiko Amenomori-Schmeisser
What makes the cotton made by TaiLeu so good?
Craft classic: New moves for the old sari
FRACTURE - show on textiles at the Devi Art Foundation
Linda Brescia: Holding Up The Sky