Ott-chil (Korean lacquer): A tradition for the present

Misun Rheem became involved in craft when she wrote her thesis about Mingei  movement by Soets Yanagi for her master degree. She went to England to study ceramics and glass for three years. On return to South Korea, her English skills were in high demand and she became involved in the World Ceramic Exposition Foundation, which was to become the very successful series of Gyeonggi International Ceramic Biennales.

For her, Koreans are closely connected to their traditions. “Korean people are sentimental. In my family we have ritual ceremony for every month, we pray and call our ancestor. It is gathering the family together.” Rheem is drawn to the political role that craft plays in this – “Capitalism can’t go on and on. The only thing it respects is money. We need activities like craft whose value goes beyond the economic.” At the same time, Rheem is critical of trying to go back to the past – “We have to be part of the time we live in.”

Rheem is broadening her focus beyond ceramics. She recently curated Korea Now! Craft, Fashion and Graphic Design in Korea for the Musée de Arts Décoratifs in Paris. She used the concept of ‘affection’ by Gilles Deleuze to reflect the power of the object at a bodily level. As well as writing her own book on ceramics, she is translating Thinking through Craft by Glenn Adamson. Recently appointed as Art Jewelry Forum Ambassador for Korea, she has taken an interest in the emerging practice of contemporary jewellery.

Here she introduces us to one of the key artists in her Korea Now! exhibition: 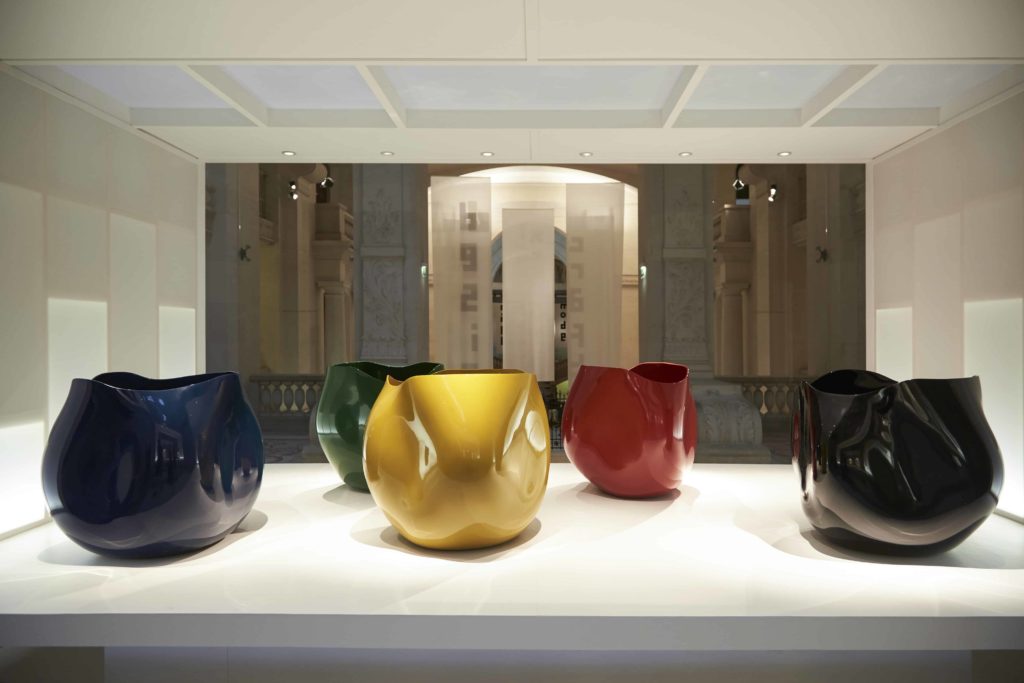 CHUNG Hae-cho (b. 1945) studied wood lacquer craft at Hongik University. As a modern lacquer artisan, he conducted extensive research on lacquer craft at Kanazawa (Japan) and Ho chi mihn (Vietnam) and continuously strived to preserve, inherit, and develop traditional lacquer craft. Also an emeritus professor at PaiChai University, he is known for creating formative works with lacquer coated on fabric frame, which is made by pasting many layers of hemp with rice glue. Chung uses a technique called Hyeop-jeo-tae which involves more than 50 layers (this time 100 layers more) of hemp with Ott-chil and after vanishing/polishing in each layer. Work make this way should last more than 1,000 years.

Rhythm of the 5-Color Luster, the largest of his works, reveals the artist’s insight into light and the origin of color through repetitive reflection on a typical form that has intense color and rhythm created from dozens of layers of lacquer coating. The work represents traditional yet modern aesthetic value with a simple form, technical perfection, and vivid Obangsaek, the five directional colors (red, blue, yellow, white/green, and black) known as the traditional colors of Korean folk culture.

This piece represents the Korean affection or sentiment for sure. It is not only based on the original (very traditional) technique (skill and method), material (high quality sap, ramie, hemp) but also the spirit of the Korean folk culture (which related to the doctrine of the five natural elements of the positive and negative – Yin and Yang). These five elements symbolize earth, fire, water, tree, metal, which refer to topology, the worship of the nature and fortune telling.

Chung practices the very traditional Ott-chil (Korean lacquer) technique. He has transformed this technique into a modern form to reveal the color and light of the Ott-chil. While most of the artisans who work with lacquer(ware) focus on the traditional style, he tries to create a unique form that is both traditional and contemporary.

In the Ott-chil technique, objects that are made or varnished with lacquer which is filtered, refined, and obtained with the sap from lacquer trees, native to Korea, China, Japan, and the Southeast Asian region. With its superb adhesiveness, water and heat resistance, durability, and function as a natural preservative, lacquer had been used on the surface of almost every material, such as metal, wood, porcelain, and even paper. The oldest lacquerware extant today is a small piece of varnish that dated back to the 3rd century BCE. However, artifacts in the complete form can be found from the 1st century BCE. These include black lacquer ancestral rites utensils, weapons, musical instruments, and jewellery. From the three kingdoms, the largest amount of lacquerware relics were for daily use (coloured lacquerware during the Silla period (57 BCE – 935 CE). Out of the three kingdoms, unified Silla Kingdom (676-918) inherited a tradition called the pyungtal technique which emerged before the 7th century. Pyungtal was a popular technique in Tang China of crafting designs on gold and silver plates, after which new layers of lacquer were applied, dried and then ground away, so the surface could be polished to reveal the golden or silvery patterns beneath. This technique and design later evolved to Najeon chilgi or lacquerware with mother-of-pearl inlay that was made in the Goryeo Dynasty (918-1392). During the Joseon Dynasty (1392-1897), use of decorations were discouraged due to Confucian influence, but lacquer was often used on wooden furniture and vessels because the clear lacquer finish showed the natural attributes of wood. Lacquer was used mainly as furniture varnish up until the early 20th century and it was not until the Korean War (1950-1953) that a renaissance arrived for lacquerware with art departments of universities researching and making lacquerware. 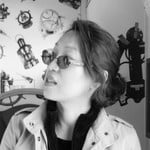 Misun Rheem lives and works in Seoul, South Korea. She works with the Korea Crafts and Design Foundation (KCDF) for the Korean contemporary crafts exhibition at Les Arts Decoratif, Paris and currently teaches at the Kook-min University Graduate school as well as Sook-Myeong Woman’s University graduate school as a lecturer.