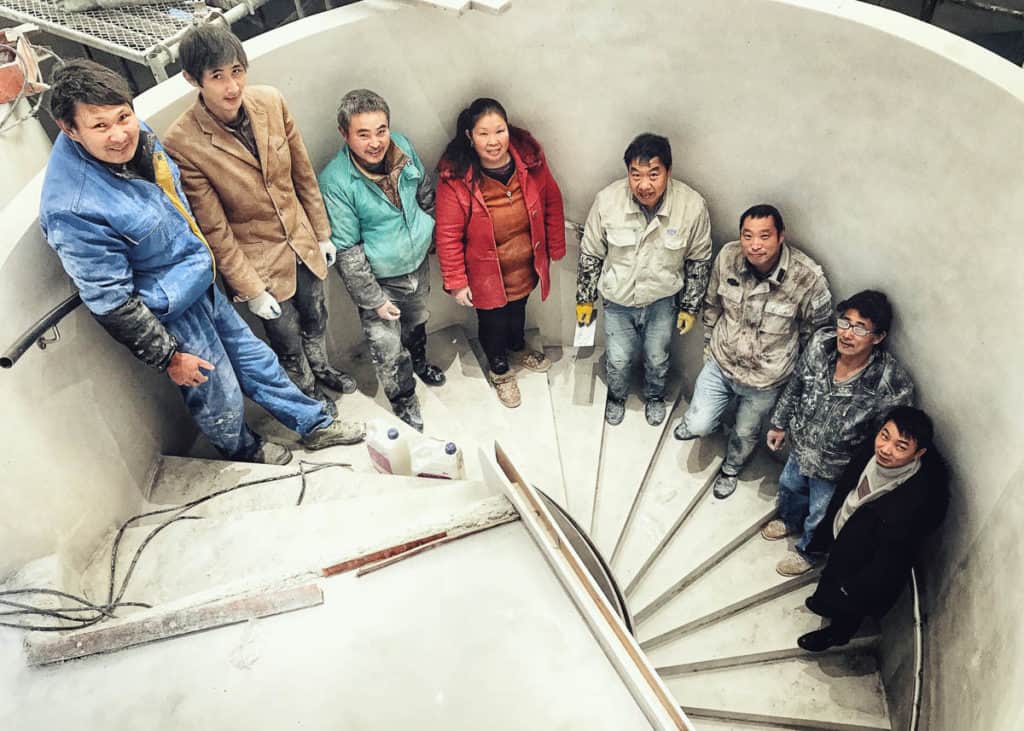 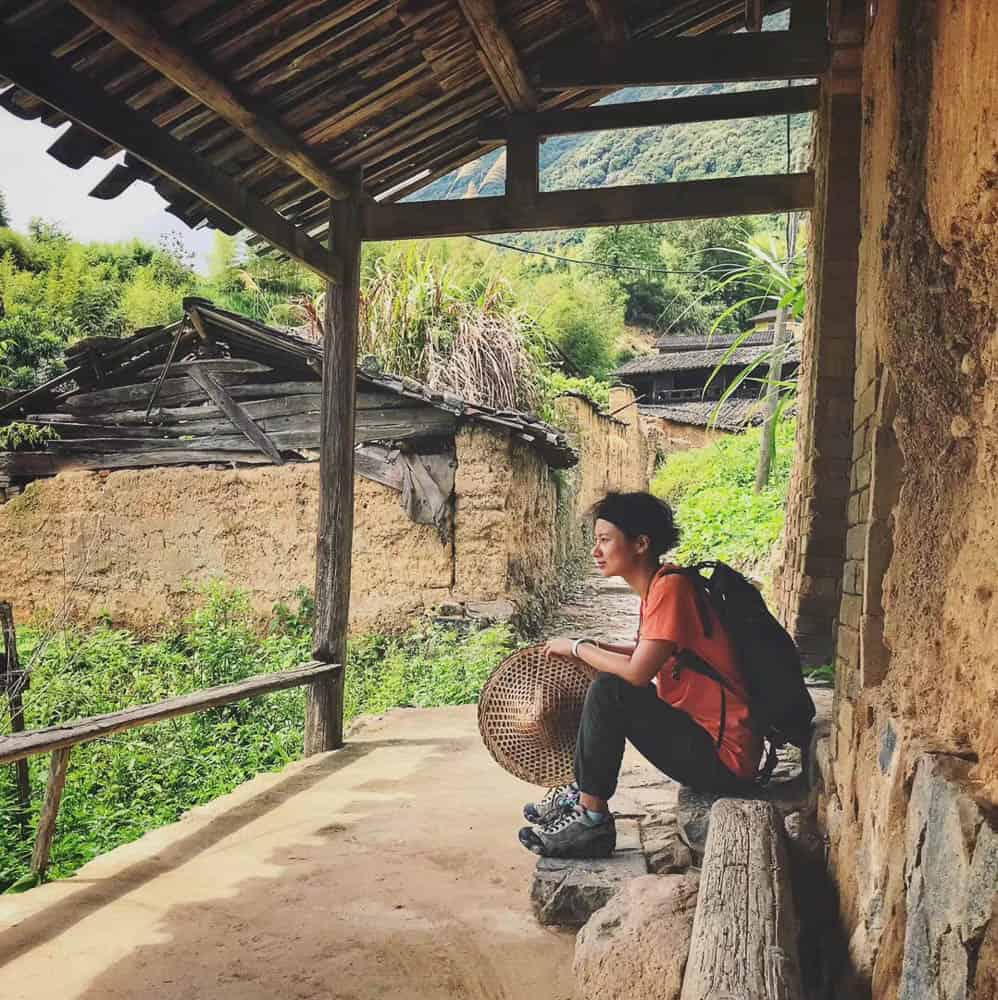 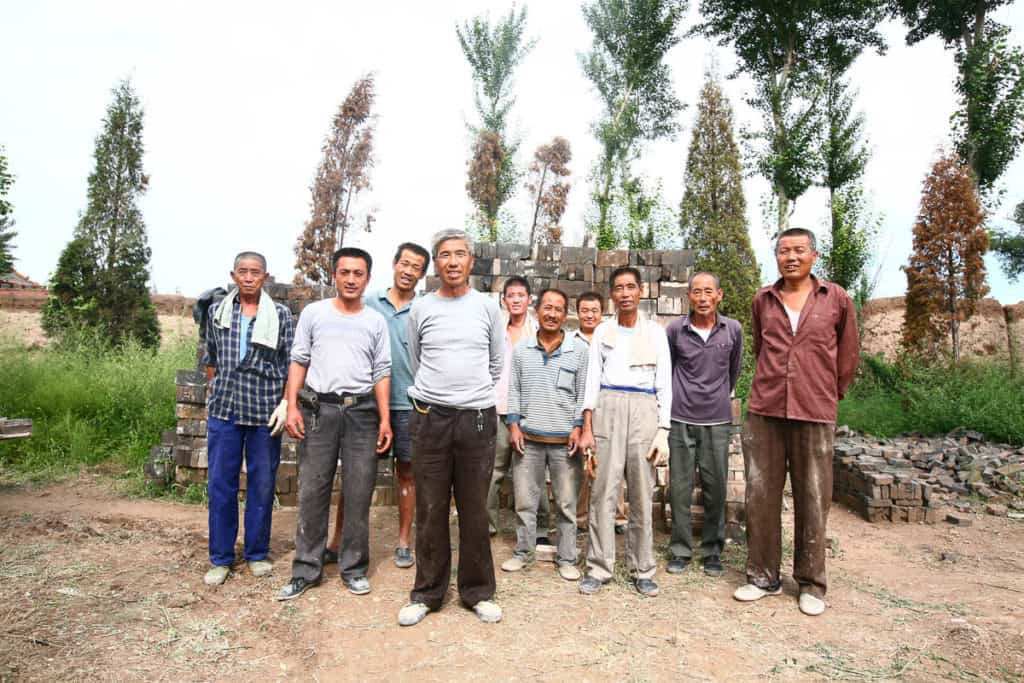 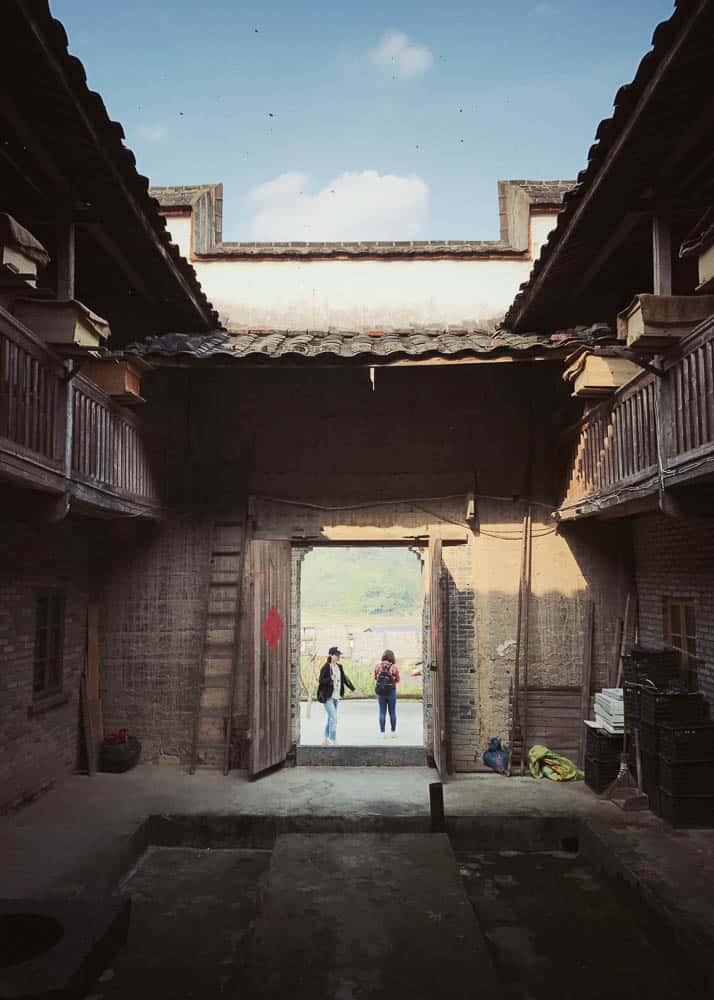 When we talk about a built heritage, people usually think of something remote from their own lives. Sometimes it is a beautiful scene only printed on a postcard, or as a famous picturesque spot that attracts the tourist to have only one look. The situation in China is even more removed. In the process of fast industrialisation and urbanisation, plenty of building heritage is located in the unnoticed countryside and face the danger of destruction.

Is it possible to make the preservation of built heritages seem more relevant, or even as a kind of new lifestyle come back to the young generation?

The volunteers should be aged between 18 and 50. A work camp lasts for two weeks with around 18 volunteers mainly from China and France. With traditional crafts support from local craftsmen, volunteers accomplish the restoration of part of the historic building by using the traditional crafts, tools and methods via manual work.

There’s no need for them to master relevant skills or professional backgrounds. They should only be willing to devote themselves to collective life and be capable and willing to handle physical work of certain strength. 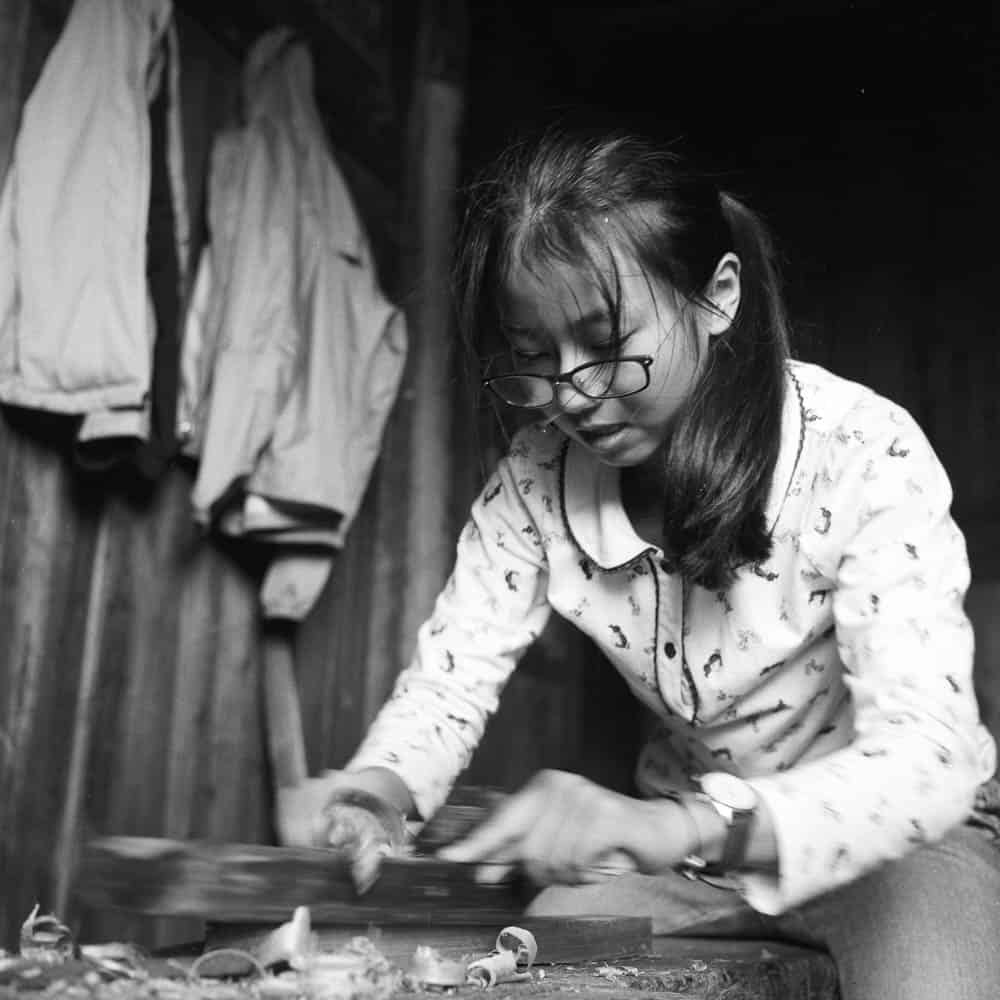 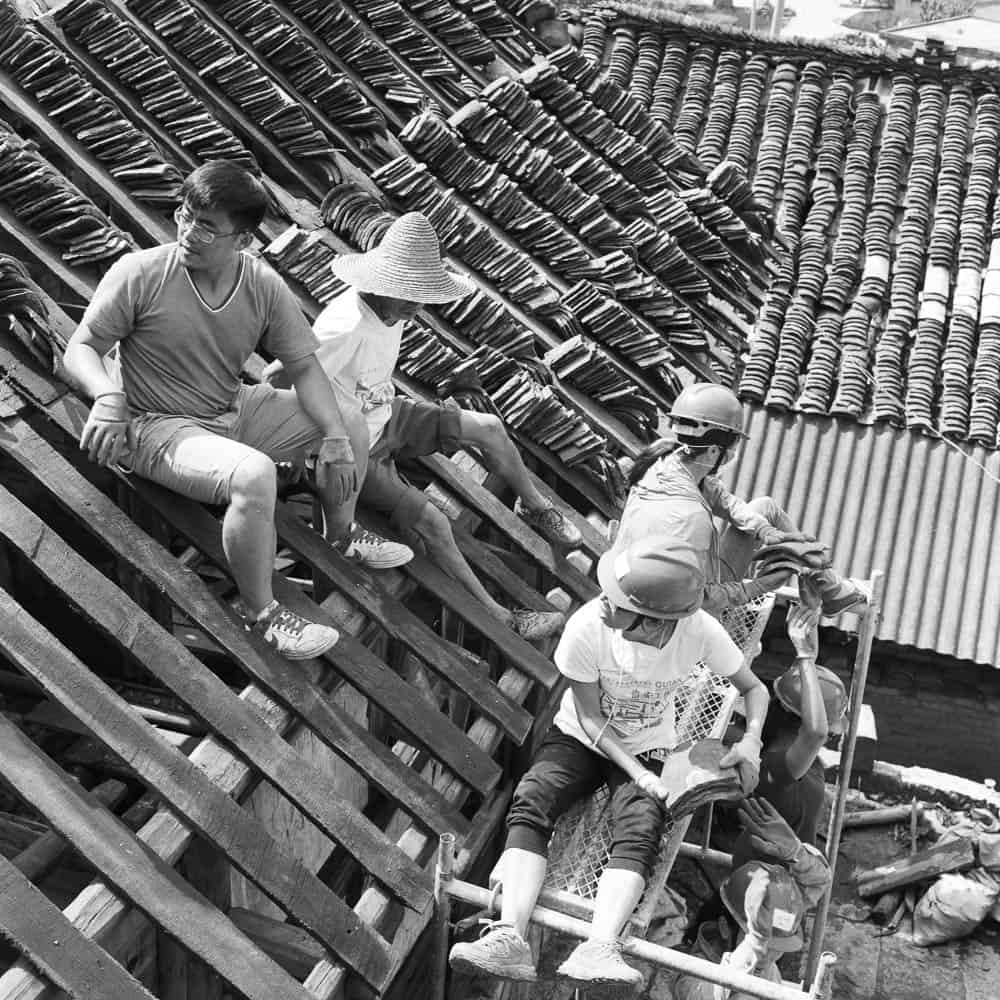 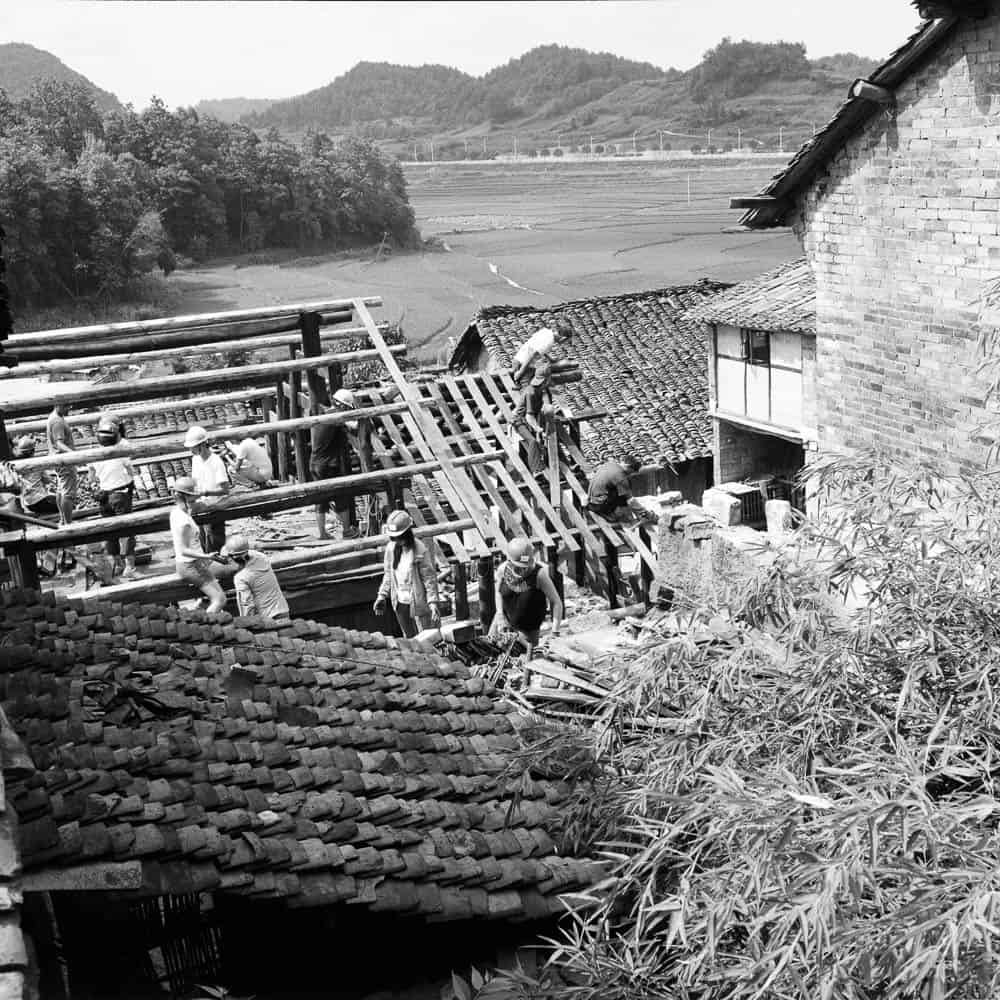 With the excellent cooperation of Shanghai Ruan Yisan Heritage Foundation (RHF) and REMPART, work camps have distributed in ten different ancient city and rural places in China and have attracted over 450 volunteers so far. Most of the heritage sites are used for public facilities such as a library, exhibition space, temple, or watermill station. Located mainly in the villages of Shanxi, Guizhou and Fujian Province, their characteristics architectural styles that reflect the genius loci are still preserved.

Over the past few years, the 2011-12 workcamp in Liang village was the most impressive one for me. The heritage site is located in Liang village, which is six km away from Pingyao. Although Pingyao was named a UNESCO World Cultural Heritage Site in 1996, like many typical villages in China, Liang village is deep in crisis. One-quarter of the traditional residential buildings are empty and dilapidated. However, through the series of courtyard houses, I can still imagine the golden time of this ancient village. 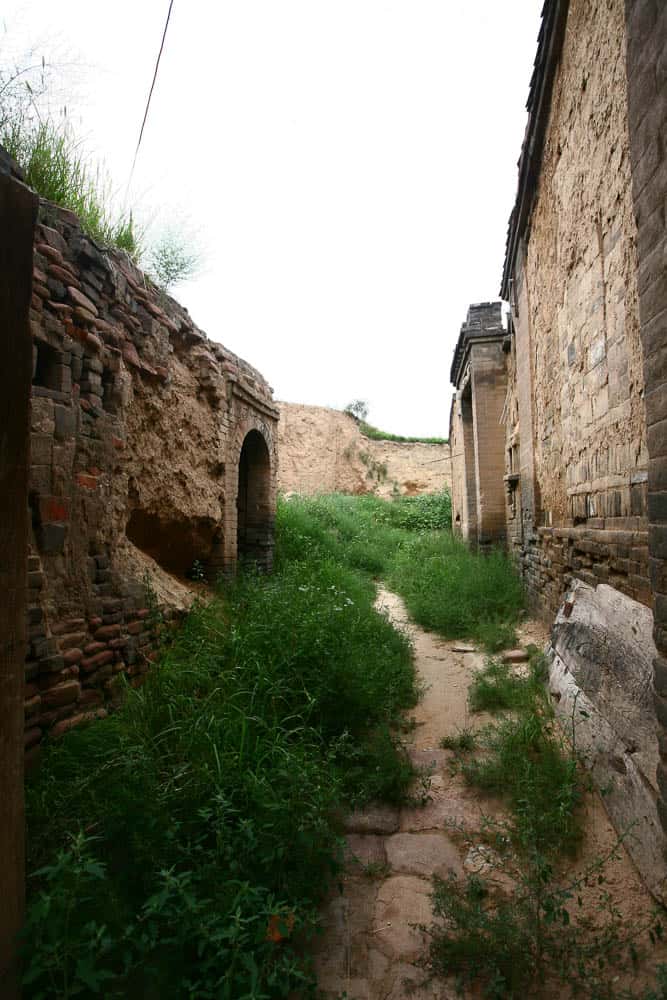 Our workcamp focused on restoring a cave building with a thick brick wall in a temple. Due to years of disrepair, the continuous arched structure roof is in a state of dilapidation that requires immediate restoration. By the lead of local craftsmen, the bricks were orderly lain on the wood mould, then pouring mud to make it fastness. On the other side, we took the brackets down to clean up the dust between joints, replace the broken part and some tiles on the roof of the main shrine. It takes seven days to finish all five arched roofs. In the last day, firecrackers are set off to celebrate the finishing ceremony. At the ceremony, the volunteers, the craftspersons and the local villagers gather together singing and dancing in different languages around the construction site. The workcamp connects the construction site to the village, exchange different culture between rural places and cities, between the two countries. 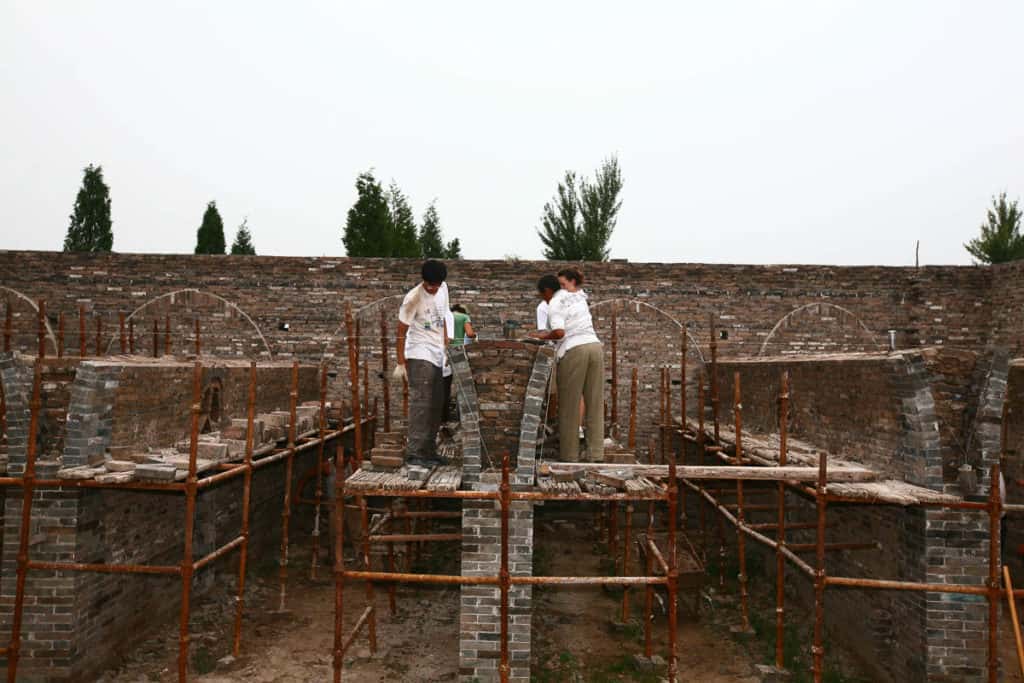 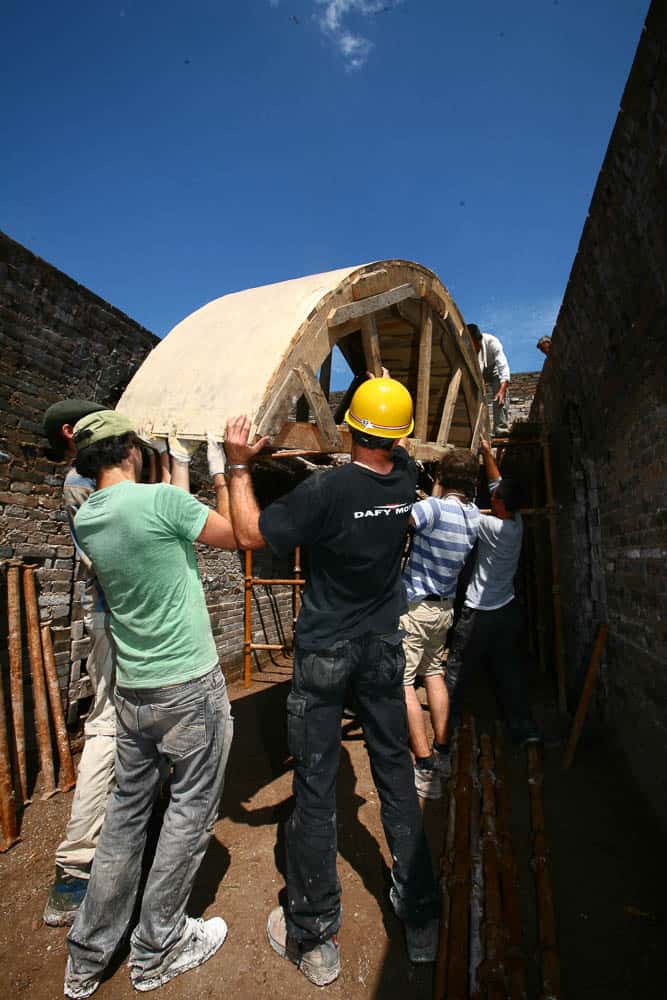 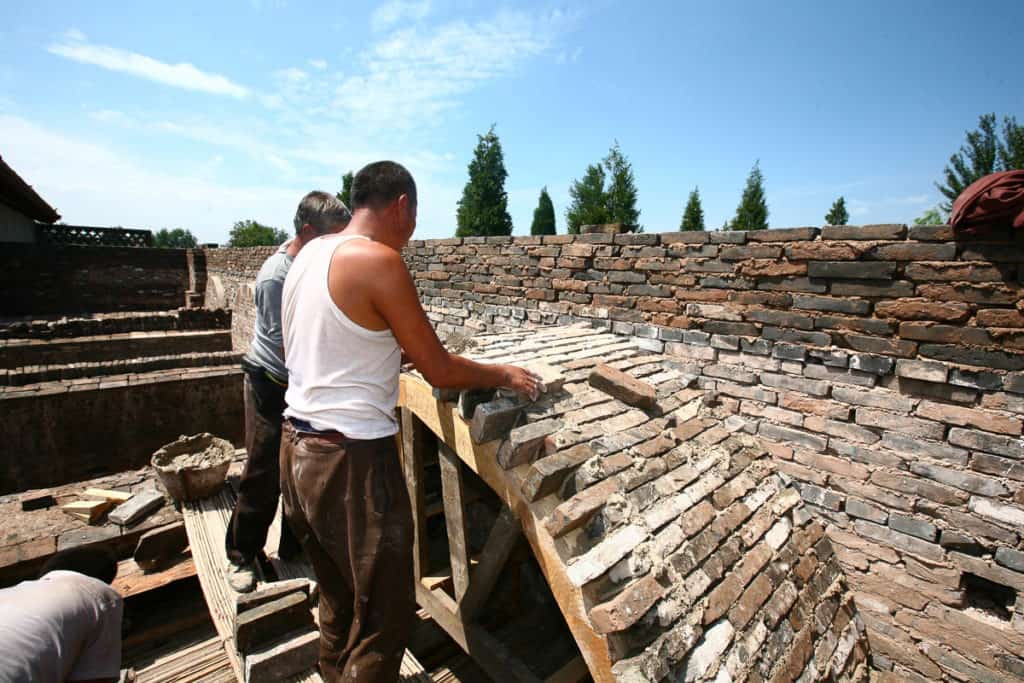 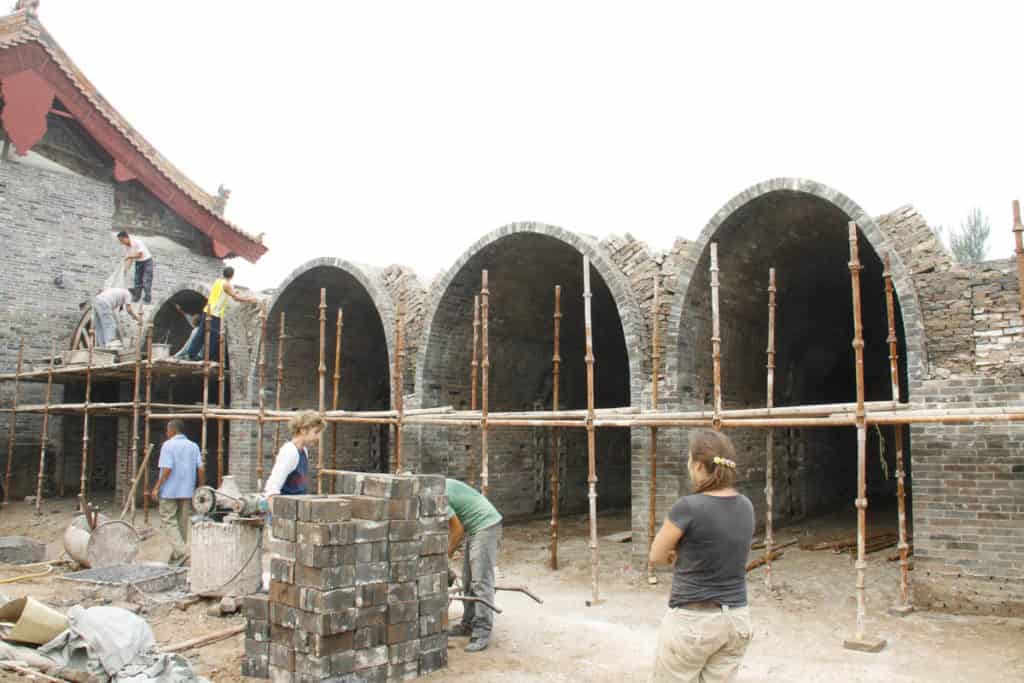 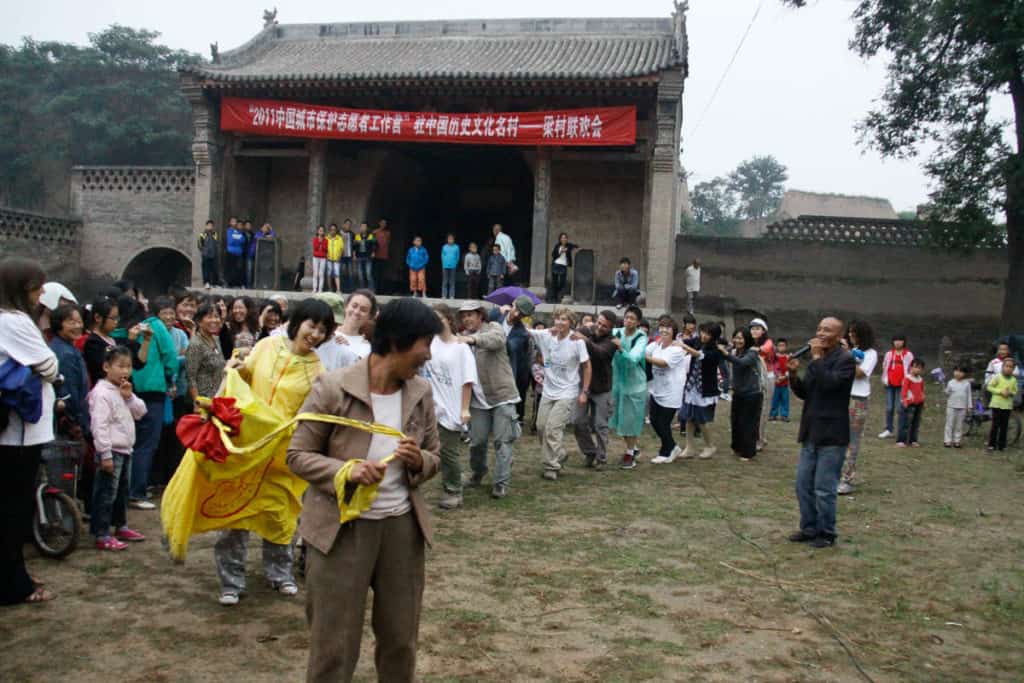 One of the craftspersons, Ji, talks about their living status. The majority of them are proficient in almost all kinds of old building preservation technologies, including carpentry, wood carving, masonry, bricklayer brick curving and plasterer. But the demand for employees with traditional building skills continues on the decrease. Even in the villages nearby, an increasing number of newly-built dwellings are required to build with concrete and steel plate. The young generation is not willing to learn the skills any more, so it is confronted with the situation that no one can inherit either the building technology or the Jin Opera they were singing at the break time. 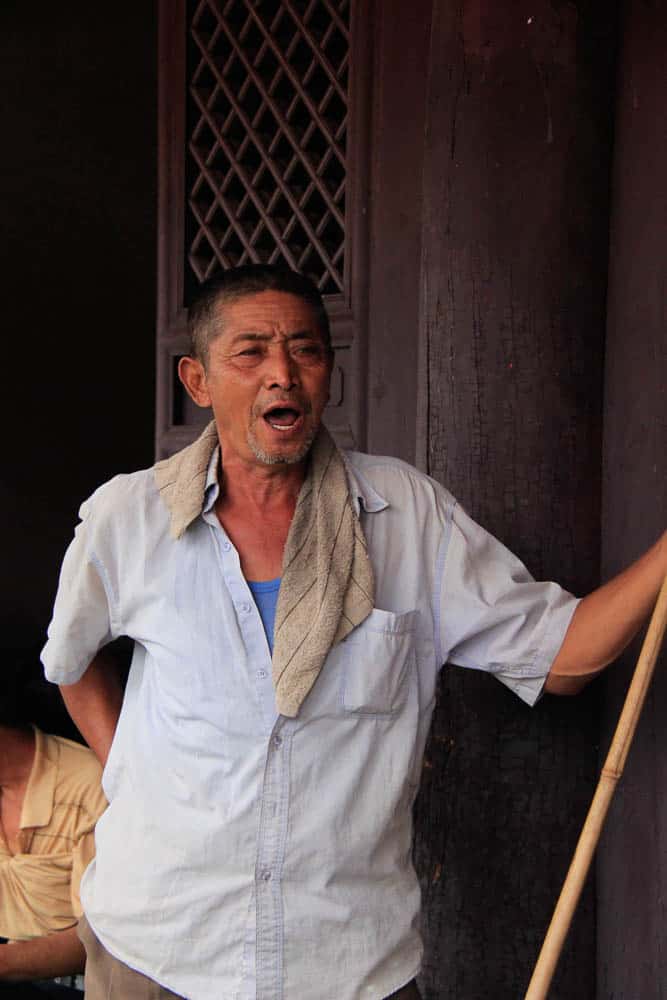 From 2015 onwards, the Workcamps have welcomed visual artists who care about cultural heritage to come and make artworks during the Workcamps. While the artworks do not necessarily document the process of preservation, they should somehow reflect aspects of cultural heritage and/or the local culture of the sites. During the residence, the artists are also expected to hold a semi-public presentation, expressing his/her ideas behind previous and current works to volunteers as well as interested villagers. After the residence, the artists are expected to finish the piece(s) of work in half a year so as to be exhibited in next spring.

The workcamp still continues to arouse the awareness of both the local community and also the young Chinese generation. We travel in a small village deep in the mountain, meet local persons and cultures, spend considerable time and effort getting our hands dirty, and get to know the very traditional skills. The heritage site becomes related to modern life. I hope it will become an option for the vacationer sooner and later.

It is not what we can do for the Heritage, but the Heritage itself, which teaches and gives us a lot.