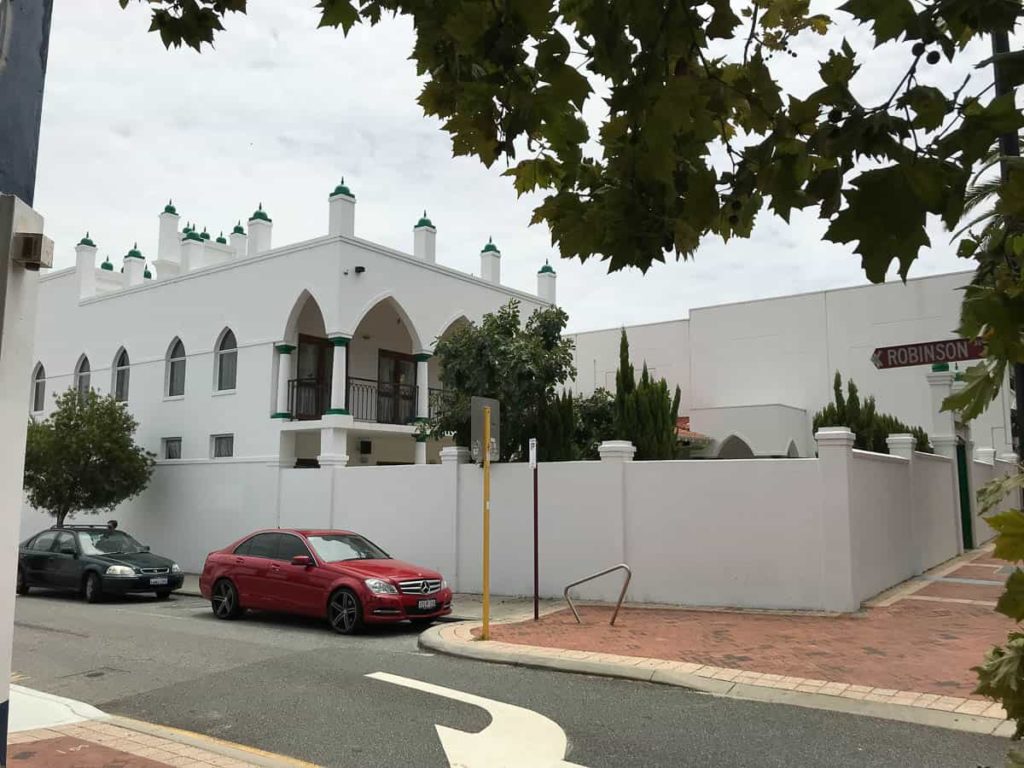 The expeditions of Malay fishermen who arrived on the Western Australia Northern coast in the 17th century, prior to European settlement, are documented largely through narrative accounts. By contrast, there is archival information documenting all the major Muslim communities which have immigrated to Western Australia since the 1870s.

With the establishment of the pearl industry in Broome in the 1870s, a wave of Southeast Asian labour forces – primarily Malays – arrived on the Northern coast to work in this newly established industry. This availability of cheap workers strengthened Australia’s domination in the international pearl market, with 80% of the country’s production coming from the Broome coast.

However, due to unregulated working conditions, the Malay workers were cut off physically and culturally from the white residential area in Broome, and lived in huts along the jetties and foreshores. As a result of this isolation, the Malay community developed working and personal relationships with Aboriginal settlements. These relationships were prohibited by officials, however, based on claims that Aboriginal communities were being “contaminated”. There is also evidence, as seen in The War Precautions (Alien Registration) Regulations (1916), that Malays registered to serve Australia during both World Wars.

This pioneering Malay community appears to have been an ethnic, rather than a strictly Islamic, group. Their conflicts with Australians of British background had racial and ethnic connotations, which provides reasons for the late date of establishment of the first mosque by this community, which was built in Broome in the 1930s. This mosque was destroyed during the Second World War and has not been restored.

Afghans were the major Muslim group to arrive in Western Australia during the gold rush of the 1890s. Some of this group’s members came from the Eastern States, with the majority working as camel drivers. Their residential settlements were constructed from huts, sheds and houses outside the towns. Nicknamed “Ghantowns”, these settlements were not commercial centres like Chinatowns. The population swell of Asian immigrants during the gold rush in Western Australia raised the population of Afghans to 664 men in 1896. This growing population exacerbated the rivalry of Europeans against Asians in the gold mines and incited anti-Afghan forces, which were supported by the Australian Workers’ Association and Westralian Worker newspaper. Despite these obstacles, Afghan immigrants contributed significantly to building Western Australian infrastructure, working in the mining industry and on roads and railways between Port Augusta, South Australia and Kalgoorlie. The Anti-Afghan colonists protested against this, and promoted the idea that no Asians should be employed on projects financed by the government. The Western Australian government policies at that time did not guarantee a naturalisation certificate to immigrants of colour. In addition, aligning with the Aboriginal Act (1905), marriage between Afghan men and Aboriginal women was illegal. The introduction of the Immigration Restriction Act (1910) forced many Afghans to return home, as the development of transportation networks of railways and roads across Western Australia made their work as camel drivers unnecessary. Nevertheless, major cultural achievements of the Afghan community are present in Western Australia. They relate to their efforts with other Islamic communities to raise funds and purchase land, and construct the Mosque in Perth during 1904-05. Other Muslim groups, such as Indians, came to Western Australia with a recorded population of 300 men in 1922. Indians worked mainly as drapers, hawkers or bush grubbers; the same as Afghans. The Indian community achieved civil and political rights after the First World War, and were treated as British subjects.

Albanian Muslim immigrants reached Western Australia in 1924-25, and were directed to the new agricultural farms at York and Morawa. According to the Census of 1933, there were 770 Albanians in Australia.

The Perth Mosque is a cultural symbol with distinctive value as proof of the early Muslim immigrants’ efforts in establishing their own aesthetic style and preferences. Other factors which influenced the mosque’s design were the traditional and religious guidelines which all mosques must follow, as well as the available building materials and resources, and the building skills of those involved. The Perth Mosque is situated at 427-429 William Street, North Bridge, occupying the corner of William St and Robinson Ave and with a second entrance located on Brisbane Pl (Figure-1). The mosque’s current design includes the original building created between 1904-05, though this part of the building is concealed from outside by more recent extensions, built in response to the needs for a bigger size prayer room and a collective communal space for social interaction for the growing Muslim population in Perth.

The early section of the mosque was build by the Afghan community, in collaboration with Indian hawkers and merchants. Fostering the essential functions of the Mosque as spiritual and a cultural object enhanced the early Muslim communities’ identity within an unfamiliar society. 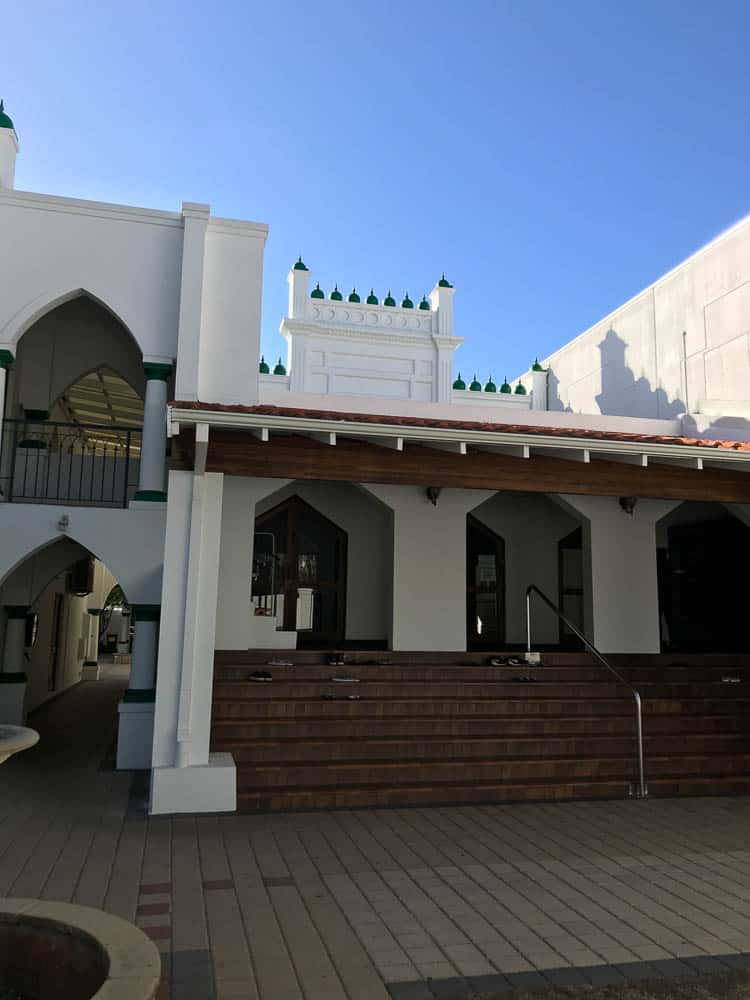 The architectural construction of the mosque identified local aesthetics, with elements borrowed from similar structures in Southeast Asia and the Middle East; examples include traditionally curved arches, with pre-casting columns, which were utilised to create repeatable composition. The Perth Mosque’s exposed hybrid structure also indicates heterogeneous components borrowed from diverse architectural styles. The mosque’s oldest building is composed of a rectangular shape of two levels of prayer rooms, built by stone, with overall interior dimensions of 5 x 8.5 metres. The ground level room is 0.5m lower than current street level, and was established as a prayer room for women, while the first level is the first prayer room for men, 1.2m above the street level. This upper section functions as the main prayer hall in the building; it contains the Mihrab, a traditional Islamic arch shape located in the centre of the long side wall of the room. This indicates the Qibla, the direction toward Mecca, which Muslims should face when praying. 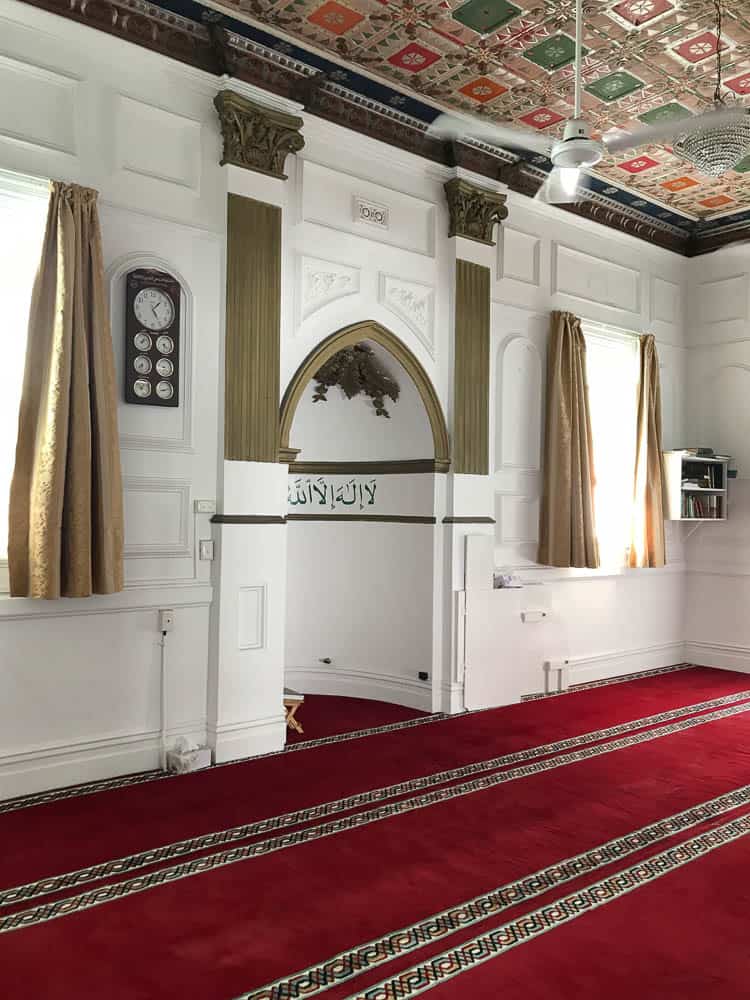 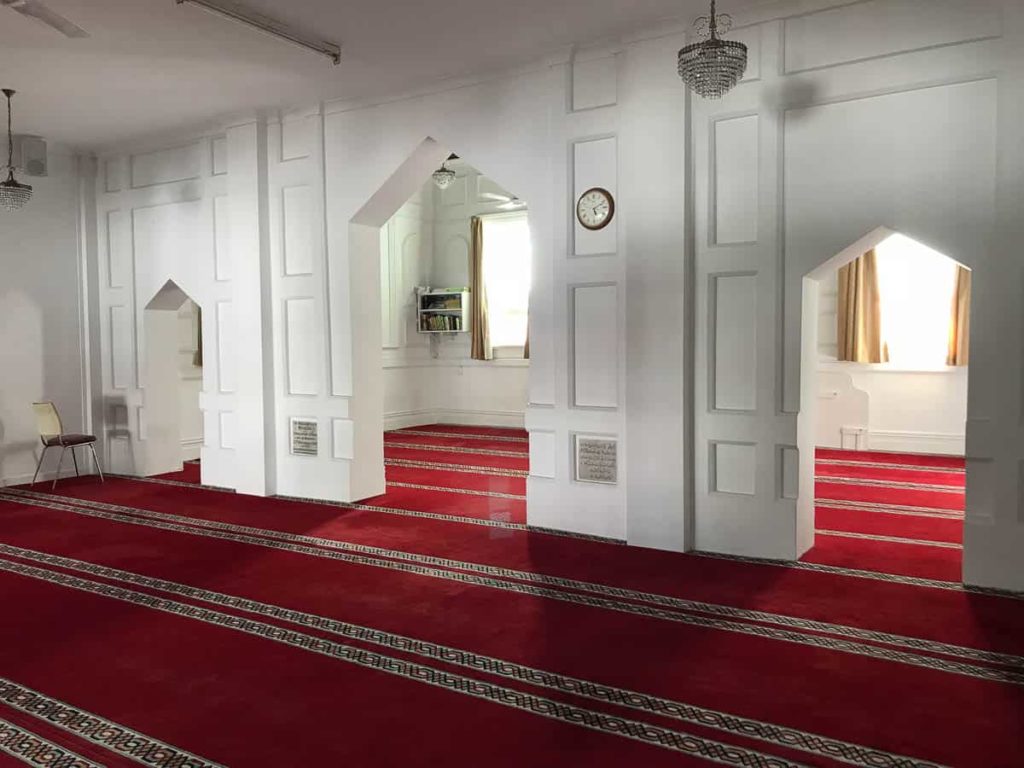 The interior design of this section provides a clear example of the builder’s attempts to borrow and modify a broad mix of styles, creating a space for collective worship and social interaction. Elements have been borrowed from Perth’s early colonial buildings, visible in the interior columns around the Mihrab and also in the extensive use of cornices and decorative wall frames. A section of the original façade currently functions as a semi-divider wall, holding the building stone and linking this hall with the created extension hall through three simple geometric arches. 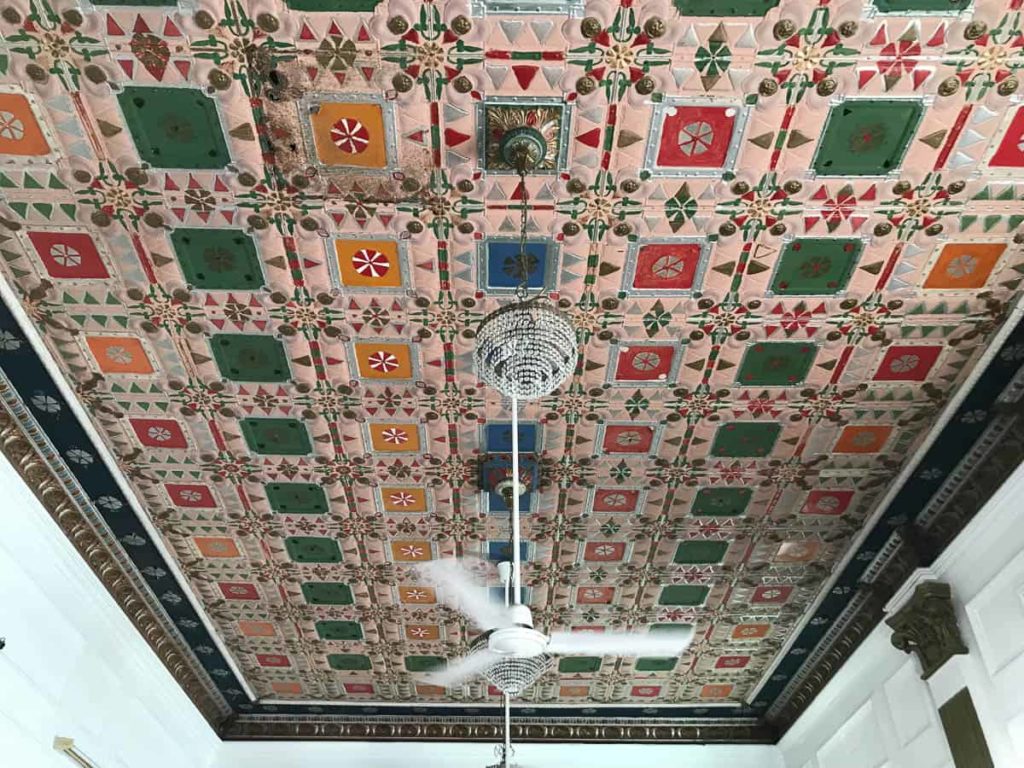 This semi-divider wall reaches the roof level of the building, and ends with cement-moulded mini domes, a treatment repeated throughout the construction façades. An eye-catching ceiling is visible in the old section, structured from 84 synthetic square boards sized 60 x 60cm. The whole roof is ornamented to imitate the designs of an identical Nomadic Afghan Rug; colour elements and repeatable geometric and organic patterns are drawn on each board. 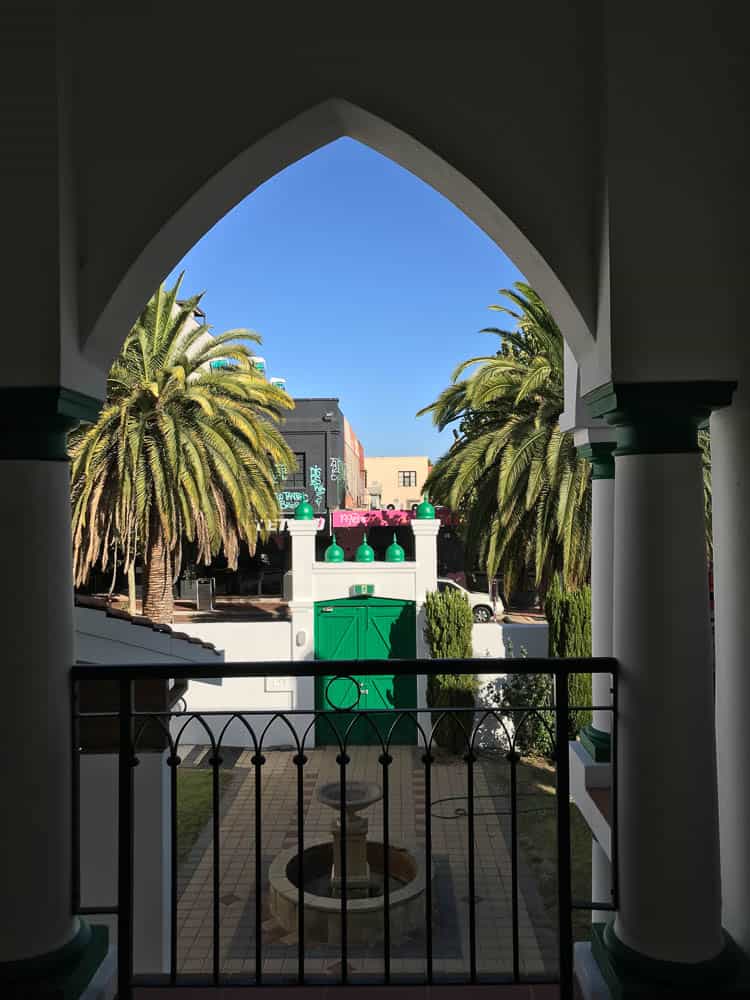 There is no Minaret or Dome in the Perth Mosque, despite their role as distinctive architectural elements in the design of mosques. Instead, there are small pre-casting cement domes covering extruded columns around the building façades, as well as being situated at the top of both entrances, accentuating the influence of Southeast Asian building styles. Also, this vernacular representation serves to signify the spiritual and local context of these elements in the building..

Building Perth Mosque strengthened the hope of being settled in the new stable land, such confidence expressed by the early Muslim immigrants in WA, out of their nomadic lifestyle. Moreover, for the current Muslim’s in WA either as a student, refuges, or skilled immigrants, the mosque continues strengthening its role as interactional and communal space, besides its highly regarded spiritual dimensions.

Bowker, Sam (2016) The Australian mosque; Mosques are part of our suburban landscape and have a crucial role to play in overcoming fears about Islam. The ABC News (Australian Broadcasting Corporation) http://www.abc.net.au/news/2016-09-23/the-australian-mosque/7868256

Rubiks-Cu.be is a website dedicated to cube puzzle. Use the simulator, the online solver, learn the easiest solution method and measure your solution times. 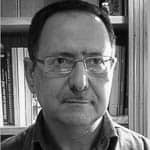 Her Journey and our empty cups: Fiona Gavino in Escolta
Alistair Rowe's Chandni Chowk: One Altered Move
Smile for the embroidery: Abdul Abdullah and DGTMB
The  Curious Five Go Surfing: A collaboration across the Indian Ocean
Preliminary notes on relationships between Chinese Ge Ba textiles and the walls ...
The Nullians
Biculturalism at hand: The Australian-Malay quilt
Dekh Magar Pyaar Say: Meanderings into the sublime