Curiosity and rituals of the everyday: The upcoming Indian Ocean Craft Triennial 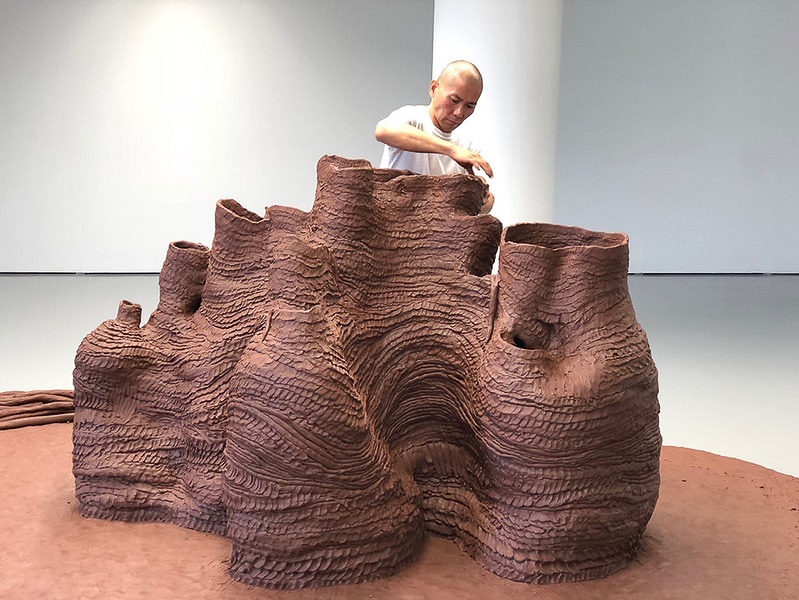 Maggie Baxter outlines the forthcoming international festival coming up in Western Australia which promises to bring a dynamic region together.

Sometimes it’s best to just jump in the deep end without a moment’s thought to the enormity of the idea and the tasks ahead.

About a week after the launch of the Indian Ocean Edition of Garland at the Fremantle Arts Centre in May 2018, I had a catch-up coffee with my curatorial colleague Jude van der Merwe. “Ok, that was great, but what next – we can’t let it just stop there”, she said, “What about an Indian Ocean Craft Triennial?” ‘Yep! Great idea”, I shot back, without any idea of the consequences.

And so we began, with great enthusiasm, but no funds and no venues!

The idea was partly inspired by the late Dr. Robert Bell. We each recalled the truly amazing Craft Triennials he curated at the Art Gallery of Western Australia before he moved on to the National Gallery of Australia. Robert’s love and focus was quite different: Japan, Scandinavia and the US, but the wonderland he created inspired a generation of Western Australian artists long after the events finished.

We wanted to revive that experience, yet acknowledge Western Australia’s position on the edge of the Indian Ocean and bring craft practices back into focus in an era when they are being pushed out of sight in major institutions and taken off the curriculum in many universities and art colleges.

We realised we could not do it all ourselves and first off we contacted other contributors to the Garland edition and asked who would be willing and able to work with us. We also reached out to arts professionals whose skills and areas of expertise we knew would feed in to the project. We now have a curatorial team of six: Jude van der Merwe, myself (Maggie Baxter), Carola Akindele-Obe, Chad Creighton, Gerald Sanyangore, and Qassim Saad. Between us we have experience across several countries in the region, and in Aboriginal art and communities, plus backgrounds in community outreach, public programs and academic conferences.

Why Perth? Western Australia’s immense coastline meets the vast currents that wash through the Indian Ocean, joining us metaphysically to an array of countries and cultures that differ socially, economically and structurally. In many ways, West Australians look west to Asia more easily than to the rest of Australia. We are conscious that we are in a unique position to collect and tell stories about the lived experiences, dreams and frailties within surrounding cultures as well as our own. 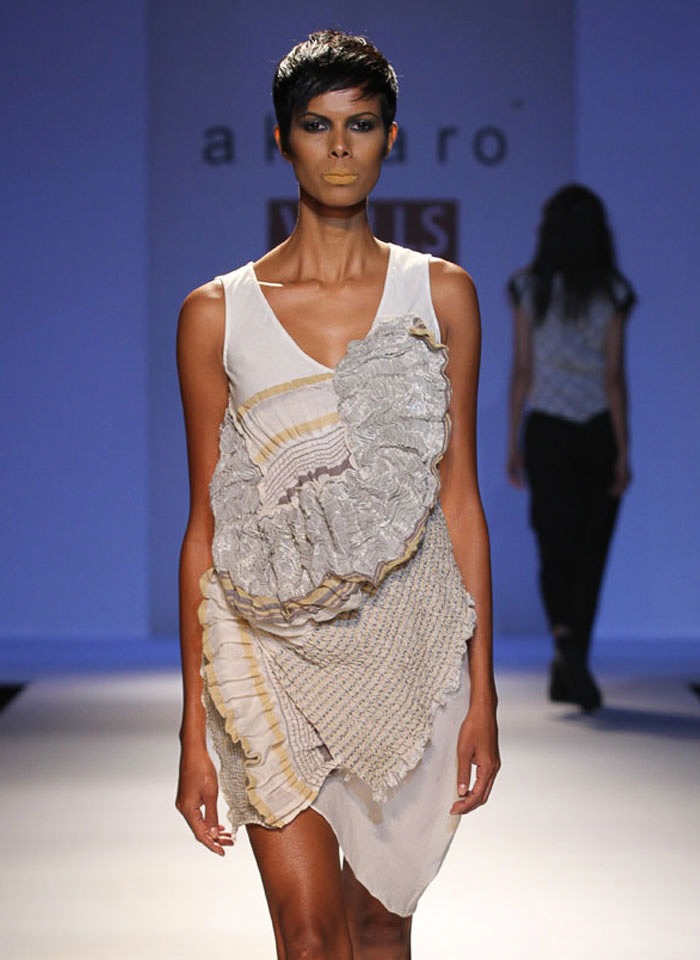 Our first task was to set a framework within a topic that is potentially boundless.

Throughout the Indian Ocean region, and for the Aboriginal peoples of Australia, craft objects and artifacts have traditionally been linked to specific uses, whether on a daily basis or for special ceremonies or acts of worship. We condensed this into an overarching theme for the Triennial – “Rituals of the Everyday”, to be explored through four key sub-themes:

In Western countries, amongst which despite it’s geographic location Australia can be counted, highly skilled crafts have largely become the preserve of artists operating from studios and philosophically connected to movements such as the Bauhaus. The same can be said of well-educated craft artists from within the region, many of who complete their art training outside of their home country.

Yet traditional craft production continues to be a very important and much-needed source of income around the Indian Ocean Rim, even when it is an uphill battle of diminishing returns. As technology and improved education have opened up the world and industrialisation has replaced or reproduced functional objects at a cheaper price, the status of the traditional craft artisan has changed. Many are choosing to leave in favour of alternative careers and work opportunities. Fortunately, those who choose to stay embrace their craft studying, exploring and reinventing it with passion, which brings us to the other key ingredient in our Triennial mix: Curiosity.

There are crafts practitioners of extraordinary skill, whose fine hand and attention to detail enables the production of exquisite objects. Their focus is technique and perfection but they do not depart from what is known, what is handed from generation to generation. Their skill is a thing of beauty but static without other magic ingredients.

In our pursuit of the pioneering, intriguing, and wondrous, we had to define (as far as one can) what sets apart the skilled artisan from the innovative; what causes artists and artisans to leap into new territory, sometimes metaphorically from a high cliff without knowing where they will land. Craft is elevated into exciting new realms by the courage to take risks and intervene with the known order of things.

There is no doubt curiosity is fuelled by education and connectivity to a big wide world, either physically through travel or using technology. Within the Indian Ocean Rim, there are many developing countries that operate on two-speed economies wherein villages and remote areas access to education is minimal and the pace of change is slow compared to large cities.

Progressive thinkers, the curious, whether they are from within traditional craft communities or external artists and designers recognise that continuity and survival of traditional crafts rely upon maintaining specific skills and techniques while simultaneously changing them by introducing new designs and modifications. Although emanating from craft traditions we are most interested in works that will be rendered in contemporary language either directly by the craft practitioner or through collaboration with artists and designers.

At the end of this early, philosophical stage, we were able to capture our thinking and curatorial starting point into the short phrase that became out Triennial title: Curiosity and Rituals of the Everyday.

Next, we entered into what I will call our chicken and egg stage: How to secure venues with no selected artists, and invite artists before we had secured venues.

We contacted a small number of artists from across the region whose work we were sure, even at such an early stage, would fit into the thematic approach. They all willingly obliged with images and we put together a proposal for major institutions and did our pitch, thankfully with some success.

None of this happened quickly, but about a year after that initial coffee meeting, we had a real breakthrough. We held an open forum for local, WA artists working in the craft area, and smaller galleries attached to local councils and private collections. We explained the project and said that we would throw open the opportunity to submit a proposal and that if not selected for the main Triennial venues we would match artists to interested galleries. The response was amazing. Even with very little publicity, as well as from local Perth based artists and galleries we had regional WA and international responses. It was a WOW moment. We were shocked at the enthusiasm and commitment, albeit joyfully so.

Simultaneously all of the curatorial team had been doing a lot of desk-top research and even some national and international in-person contact. By the end of 2019, we were at the point where we had about 75% of our artists selected and those coming from Singapore, Malaysia, Thailand, India, South Africa, Kenya, possibly Bangladesh. We were determined from the outset that traditional artisans would take their place in our selection mix.

As we begin 2020, we have three major venues confirmed: the Art Gallery of Western Australia, Fremantle Arts Centre, and the John Curtin Gallery, with another expressing interest. Other major galleries have committed to curating their own craft-based shows at the same time as satellite events. Money still dogs us, but as we can demonstrate the overwhelming interest in the project from the sector and wider community, we are getting more confident of support.

Within the next few months, we will be able to announce our final list of artists and venues. Please stay up to date through our web site: www.indianoceancrafttriennial.com Sign up for our newsletter by going into SIGN UP – in the top right corner of the home page, next to Newsletter.

The inaugural Indian Ocean Craft Triennial will be held across venues in metropolitan Perth and regional Western Australia from17th September 2021 to December 2021. We look forward to seeing you. 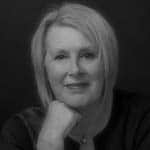 Maggie Baxter is an artist, writer and freelance public art coordinator. She has been working with traditional textile crafts in India for 30 years.

Mata & Grifo: Portals into a Sicilian love story
Shedding, dwelling, making: The artist collective We Must Get Together Some Time
Elizabeth Marruffo ✿ The pomegranate
From Brunswick to Ahmedabad: The Hand/Eye Project
“Who’s Nalda?” The influence of Eileen Keys and Pantjiti Mary McLean 🎧
Never on Tuesdays: How the Padma Saliyar weave auspiciousness into wedding saris
That significant freedom: The idea of Indian Ocean craft
Alistair Rowe's Chandni Chowk: One Altered Move