How to present Korean craft to the world 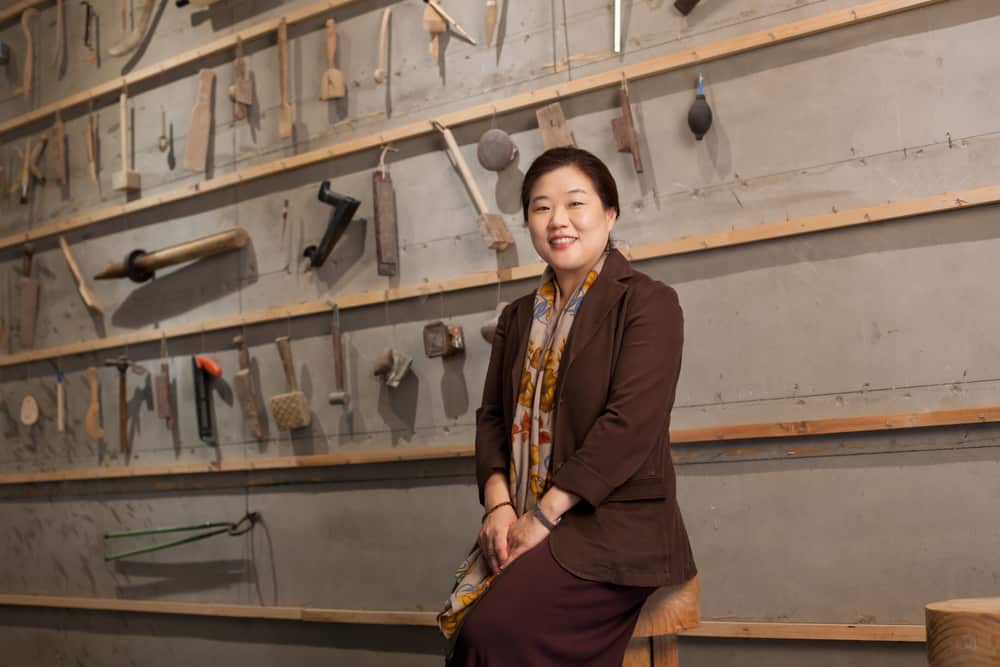 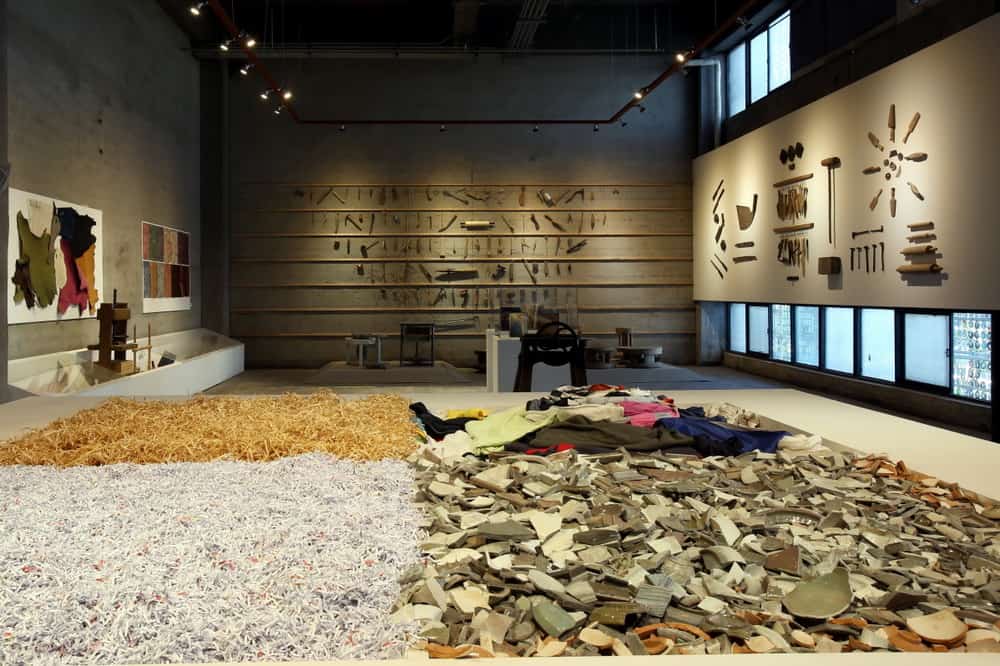 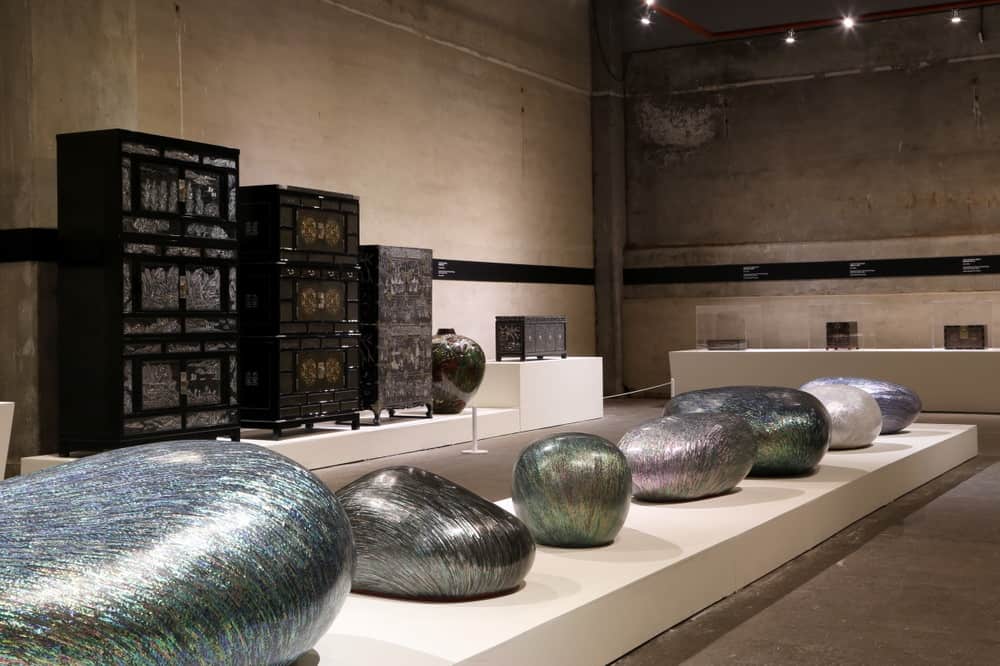 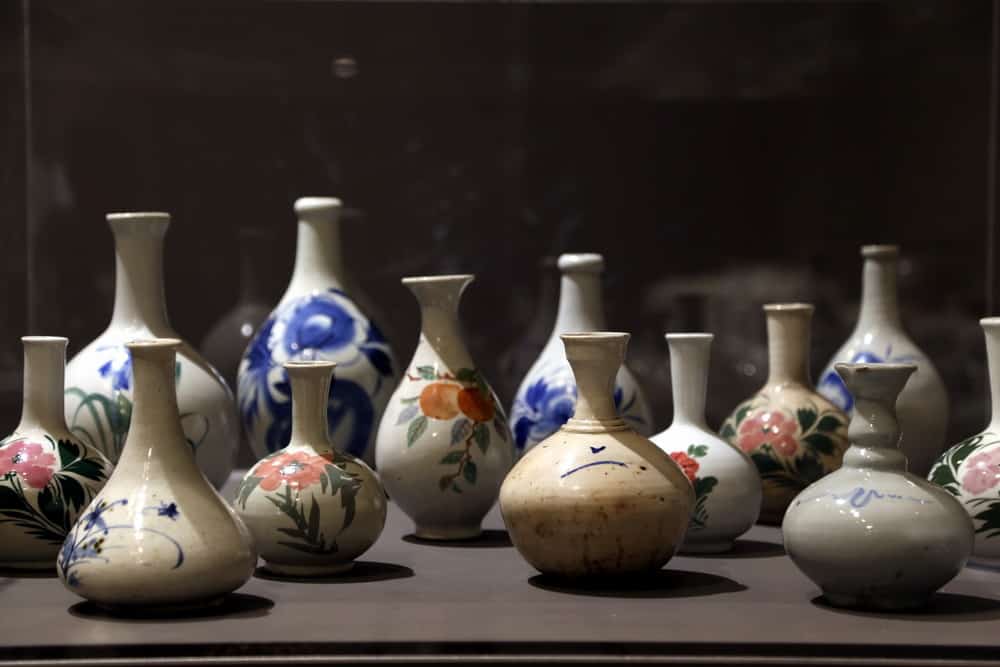 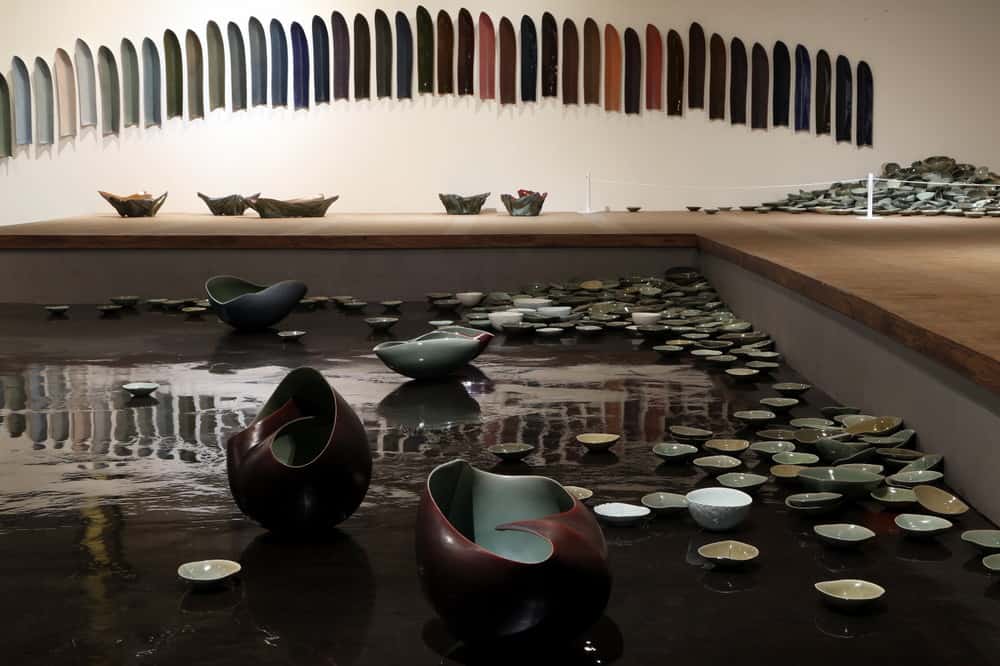 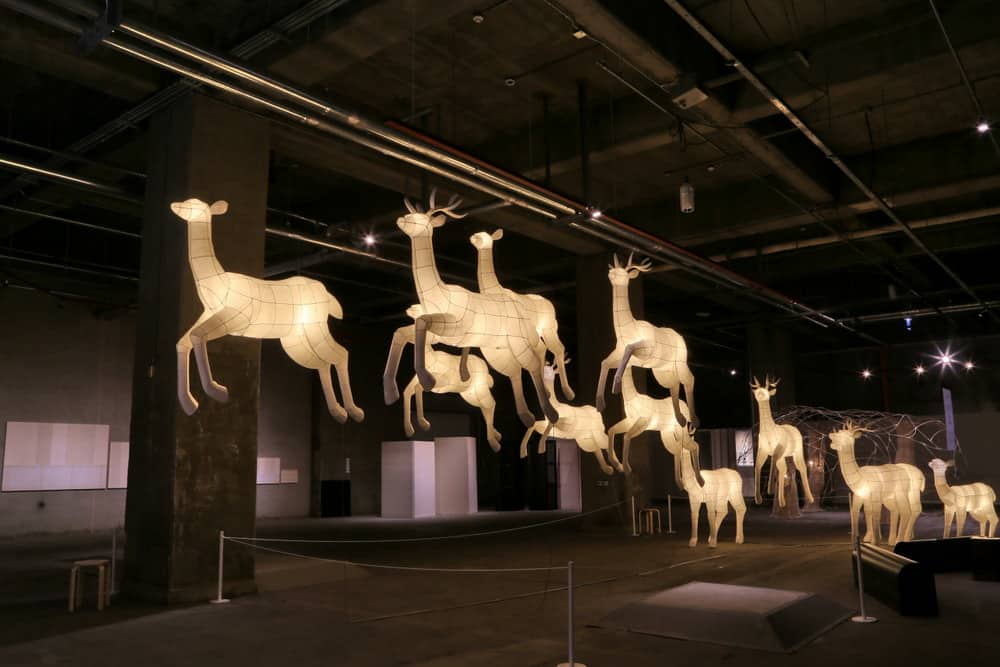 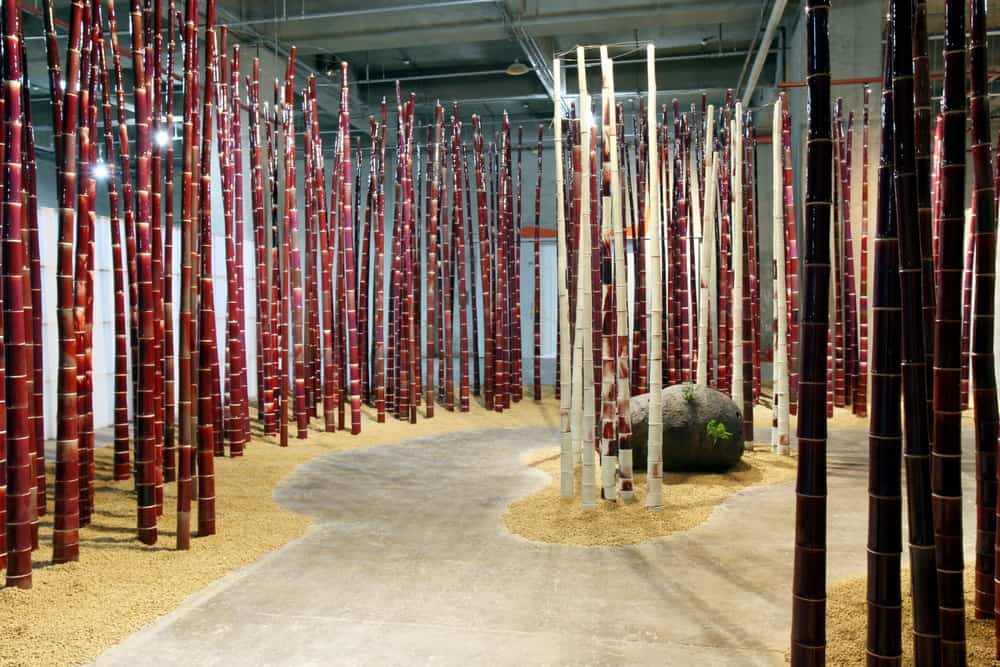 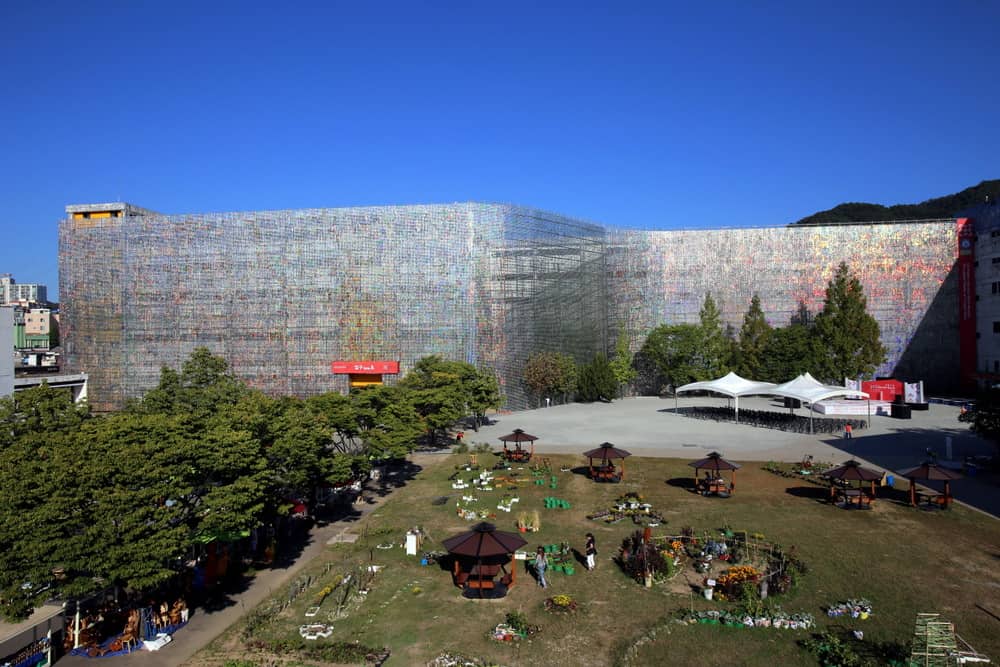 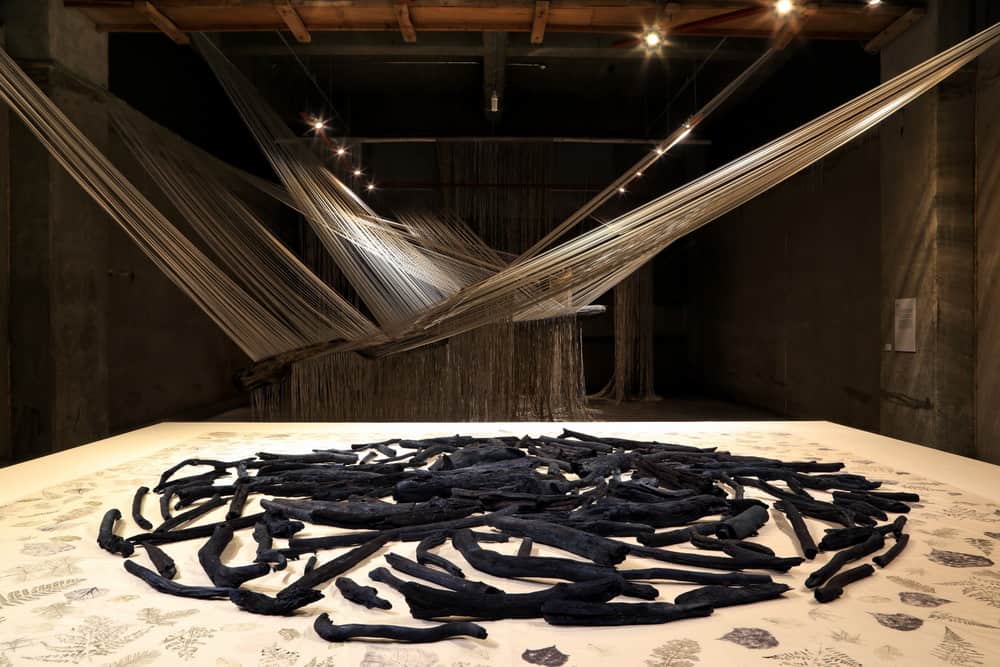 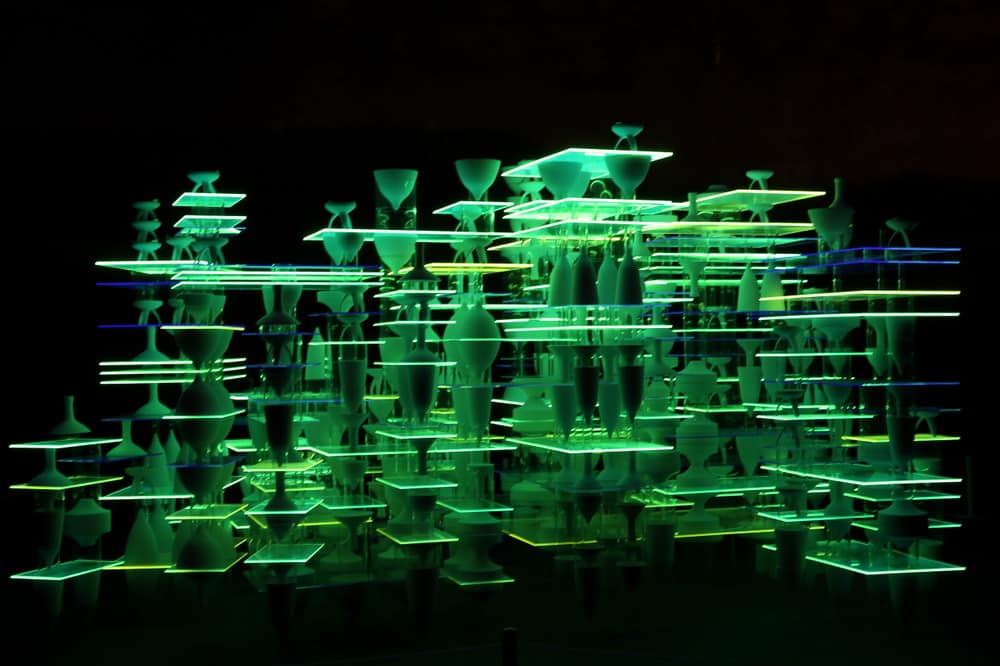 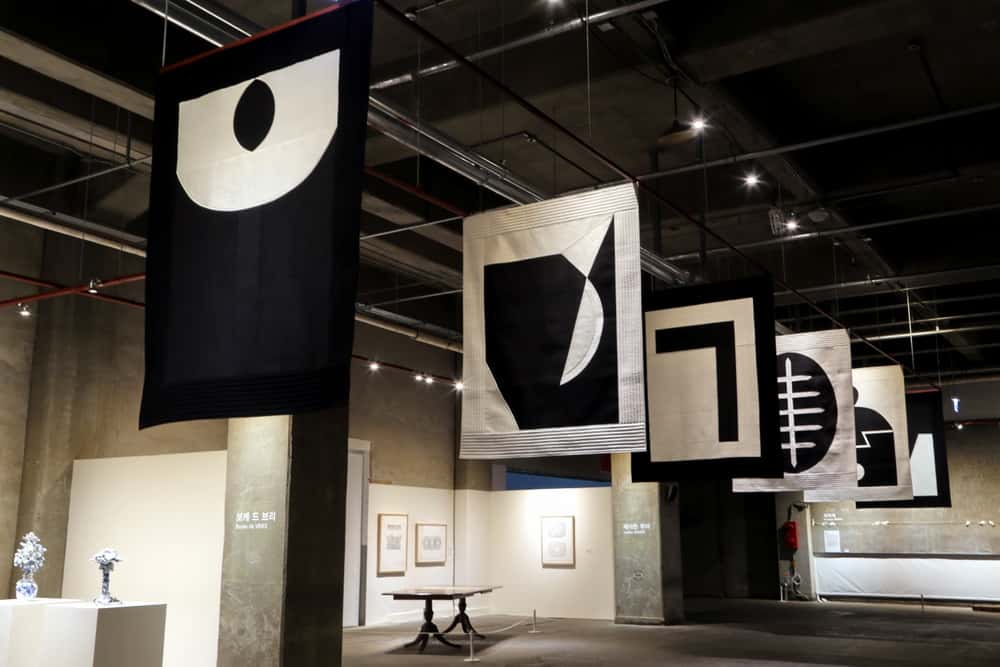 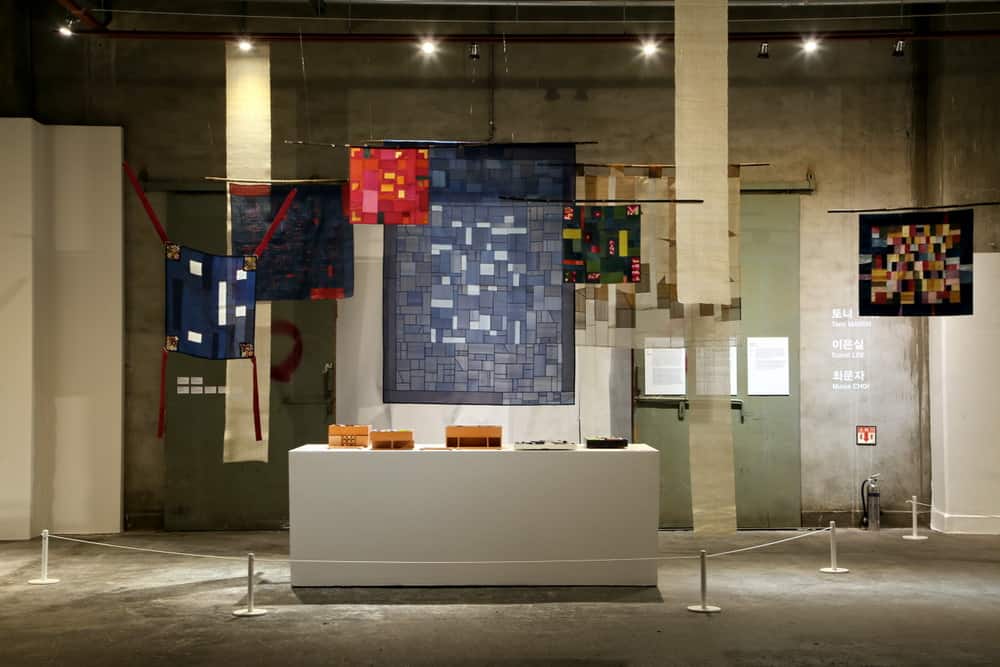 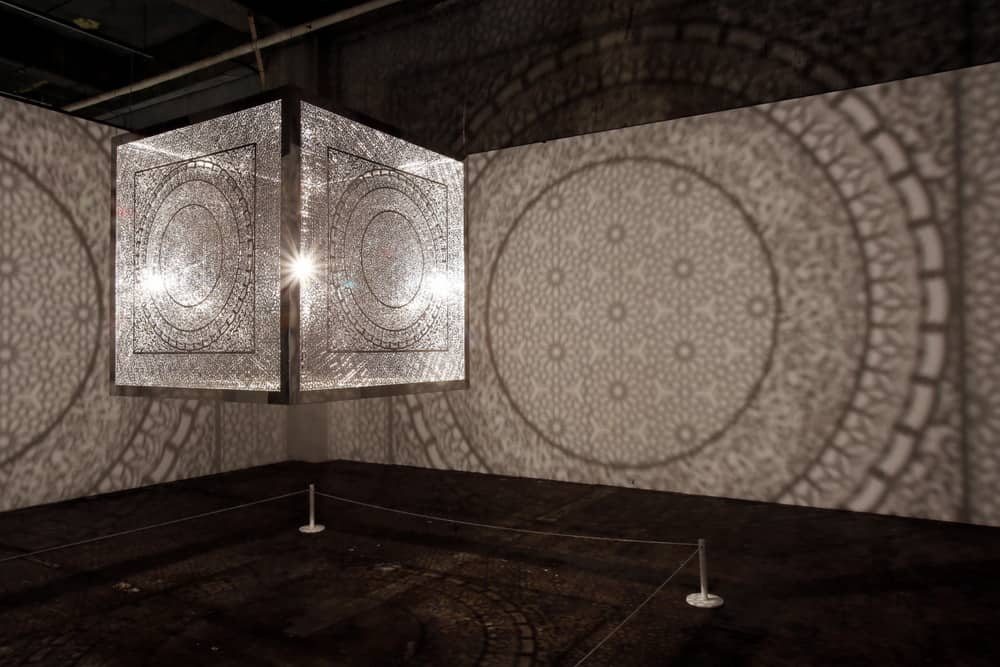 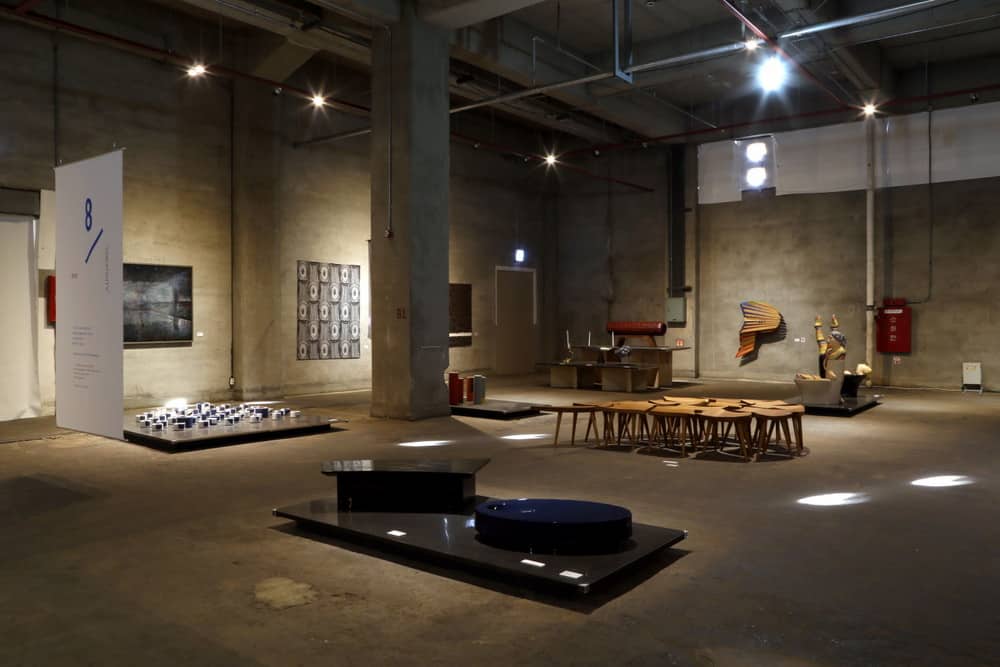 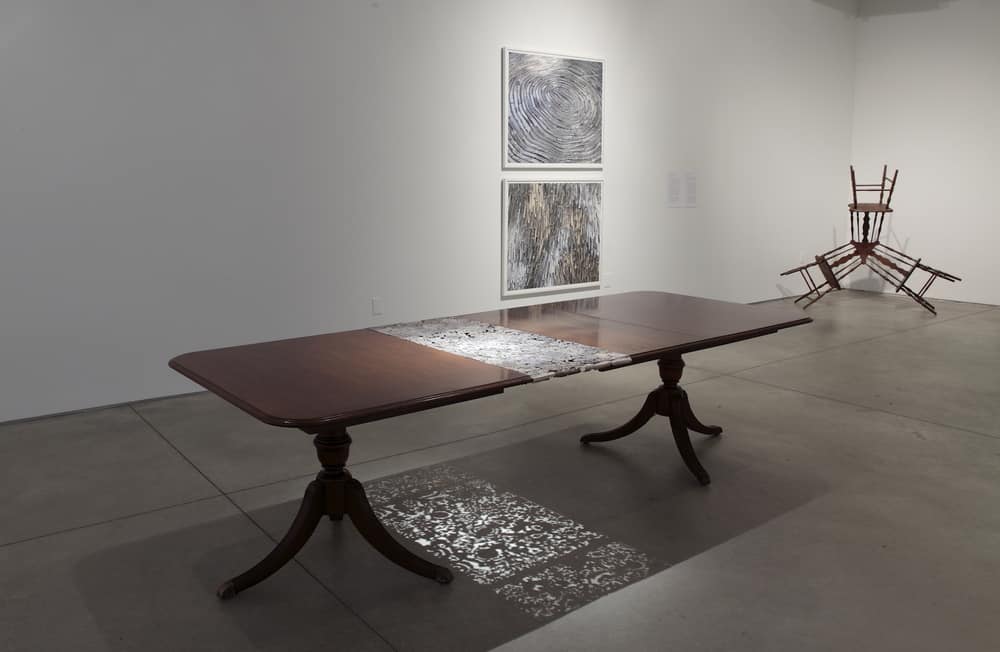 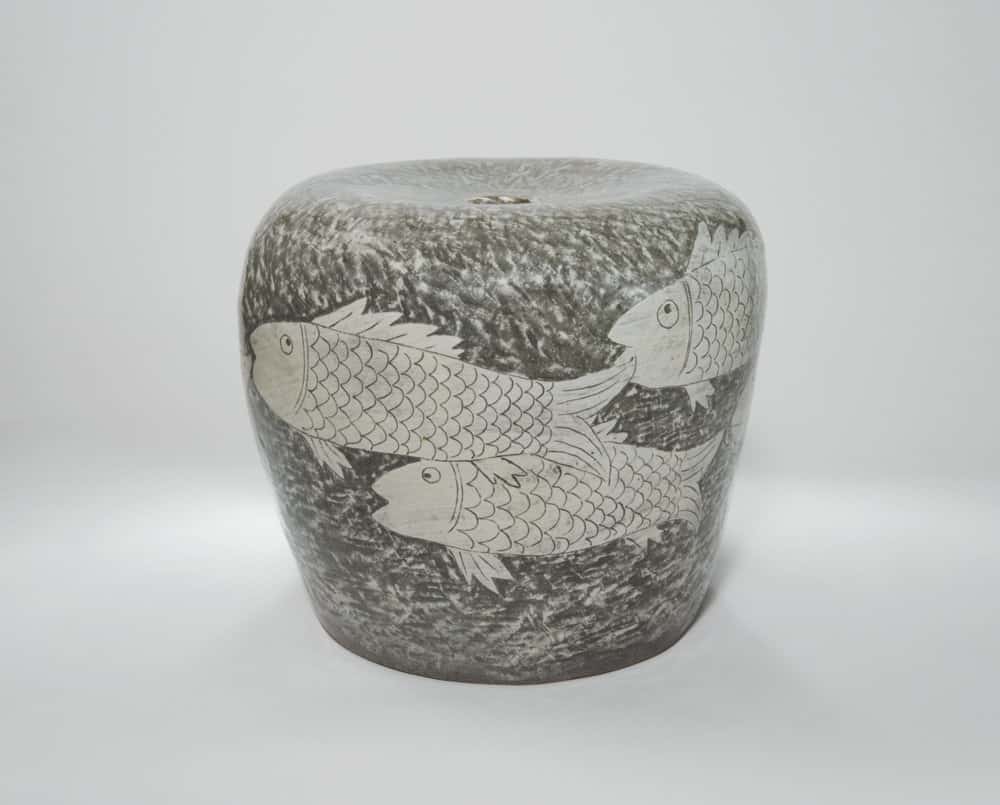 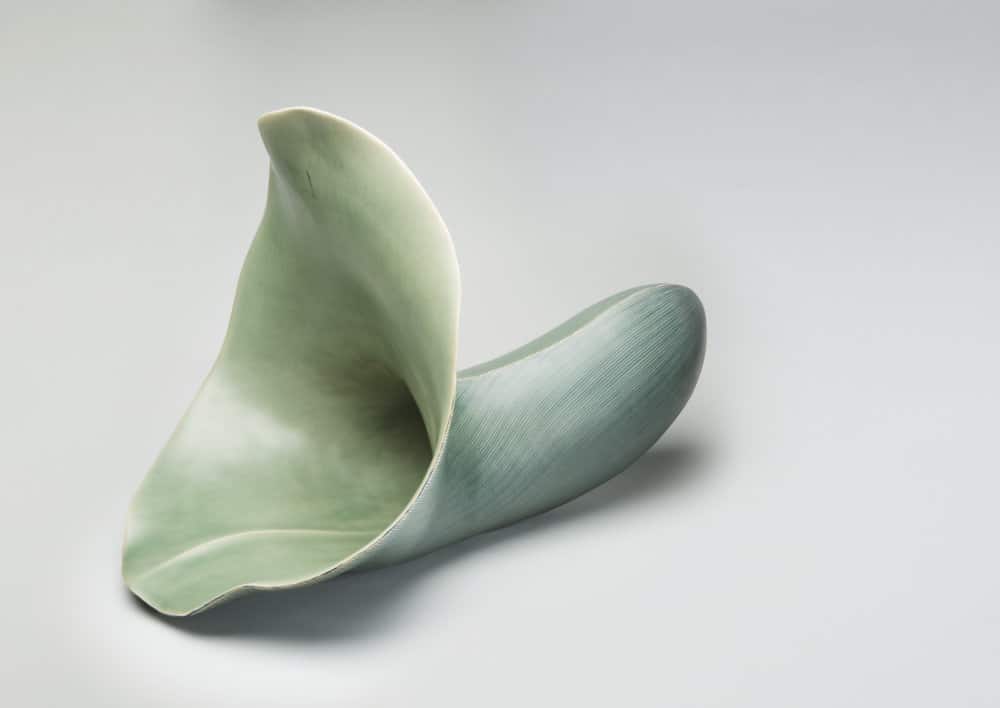 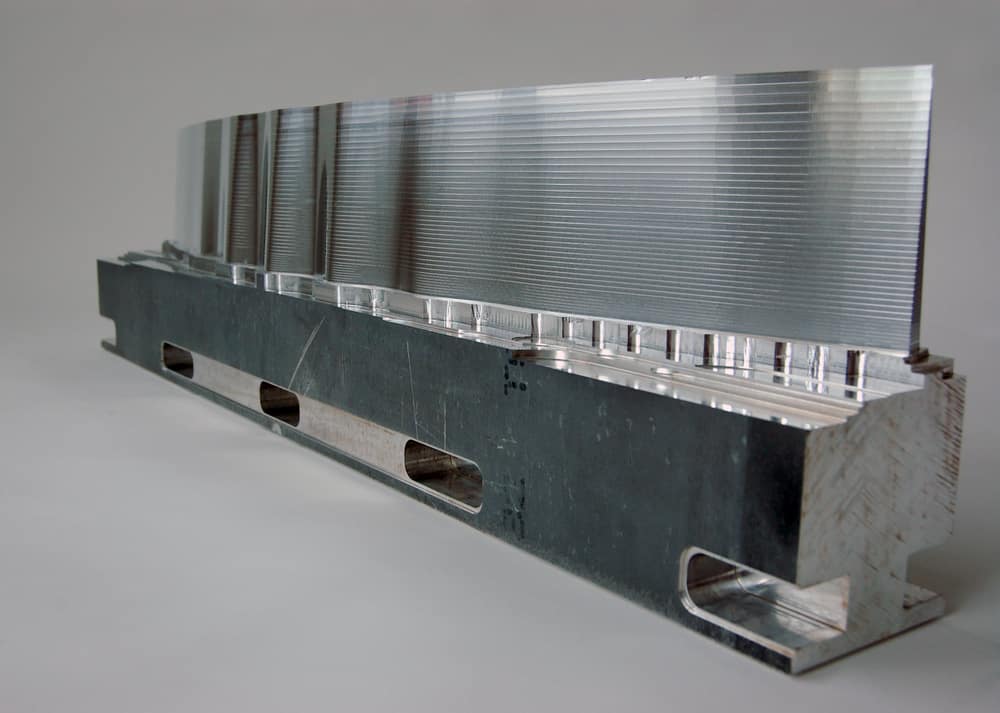 The Cheongju International Craft Biennale is the largest ongoing craft exhibition in the world at this time. Though Cheongju is not one of South Korea’s primary craft producing regions, the regional government invests heavily in achieving status as the national showcase for Korean craft. Since 1999, the biennial exhibition has promoted craft through themes such as ‘Hands of Harmony’, ‘The Breath of Nature’, ‘Creative Evolution, Deeply and Slowly’, or simply ‘USE’. As an international event, a guest country is invited each time. Previously there has been a focus on Germany, Finland, Canada, Italy and Morocco.

The guest country for the ninth CICB in 2015 was China. But as an additional challenge for organisers, China pulled out shortly before the opening due to fears about the MERS flu, creating a large vacuum to be filled in a few months. But there was more than enough happening to cover for this loss. As well as the main exhibition, the English philosopher Alain de Botton was commissioned to curate an exhibition The Art of Beauty and Happiness, where he selected concepts such as ‘Strength’, ‘Companionship’ and ‘Hope’ were paired with works by Korean craftspersons.

The artistic director of the main exhibition was Hyeyoung Cho, who had previously worked on the Gyeonggi International Ceramics Biennale, an event of a similar scale to Cheongju’s. Though Korean by birth, Hyeyoung grew up outside Korea which she sees as granting her an insight into her own culture. She notes the impact of Japanese colonisation (1876-1945): “People have a critical attitude to themselves and don’t appreciate their own things. Unconsciously, we have the remains of a colonial thinking. Koreans are very skilled with their hands. Why cannot we appreciate our own things before liking another culture?”

To inspire Koreans to take greater pride in their own culture, Hyeyoung made Korea in effect the guest country of the biennale (ironically, this was also to attract an international audience). Her exhibition Making Process included 46 artists and collectives from twelve different countries. The exhibition as a whole was divided into sections. Hand+ included tools for techniques such as bookbinding. Inheritance (Tradition: Re-discovery of Value) featured traditional crafts which included a number of private collections featuring the best of traditional crafts, such as embroidery, mother-of-pearl inlay, silversmithing and, of course, ceramics. Expansion (Innovation: Crossing Boundaries) included new practices such as 3D printing, and finally Coexistence (Dialogue: Material-Concept-Expression) contained works that took crafts into forms of individual artistic expression.

To complement the exhibition, Hyeyoung organised a Korean version of the Making Futures conference series that originated at  the Plymouth School of Art. This ongoing project seeks to take its message of craft sustainability into Asia. Hyeyoung hopes that this symposium will stimulate discussion: “In Korea, we don’t know how to articulate. But once we can do that, we can learn from Making Futures. They should not be afraid to talk. We are a Confucian country, we are often told what to say, rather than say what to think. According to Confucian philosophy, you respect your father, your husband… There is no ‘you’ in this. Still many women live like this. I gave the artists a lot of room to think.”

While not underestimating the challenge of restoring pride in Korean craft, Hyeyoung believes that Korean craft has much to offer the world: “What can the world learn from Korea? Dedication, hard work, the ability to continue. This is evident in mother-of-pearl. It would take someone 300 hours to do that. You cannot stop that person. Koreans have this tremendous eruption of energy when they want to do it. It’s quite amazing. It creates new phenomena.” 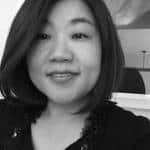 Hyeyoung Cho lives in Seoul is dedicated to working in South Korea to continue building bridges with the greater craft world.

I love painting
Geodenim ornament from the streets of Medellín
I draw ideas from my community
For relaxation and love
Fragments of King
Poetry and painting
Knot Touch: From greenhouse to gallery
An invitation to look but not touch: The Rigg Design Prize 2015