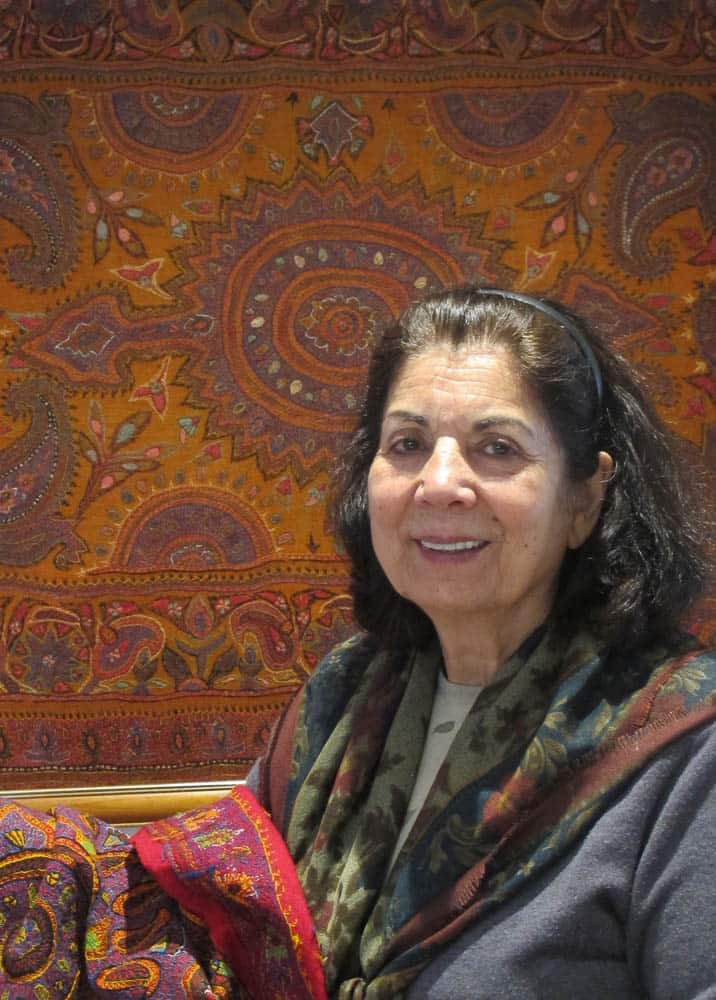 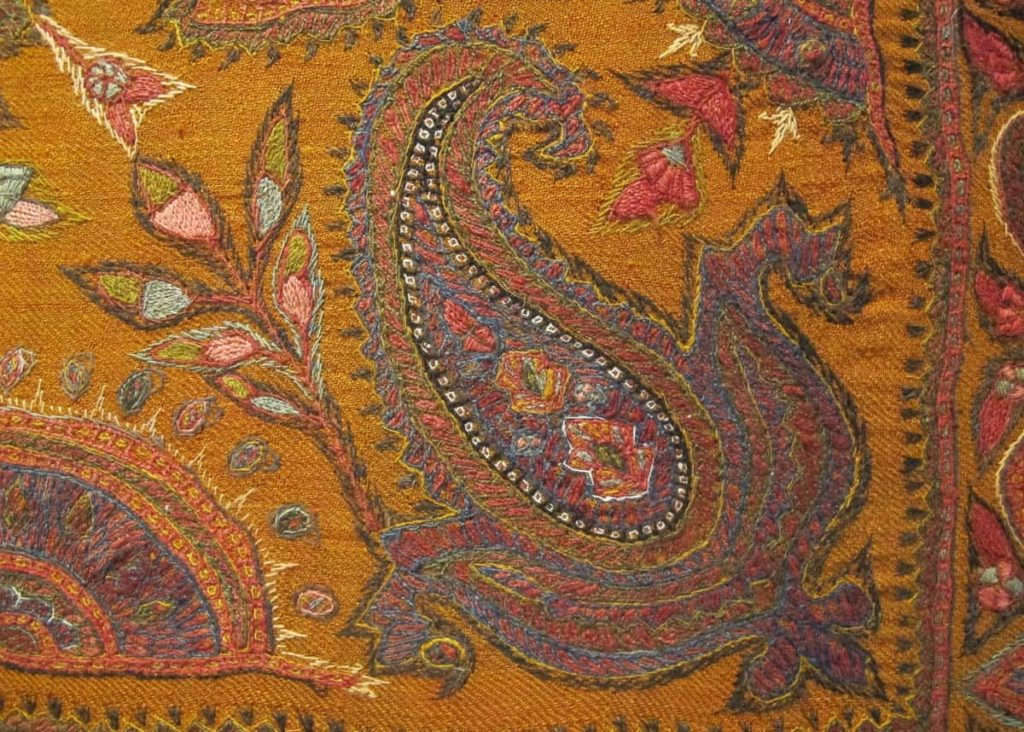 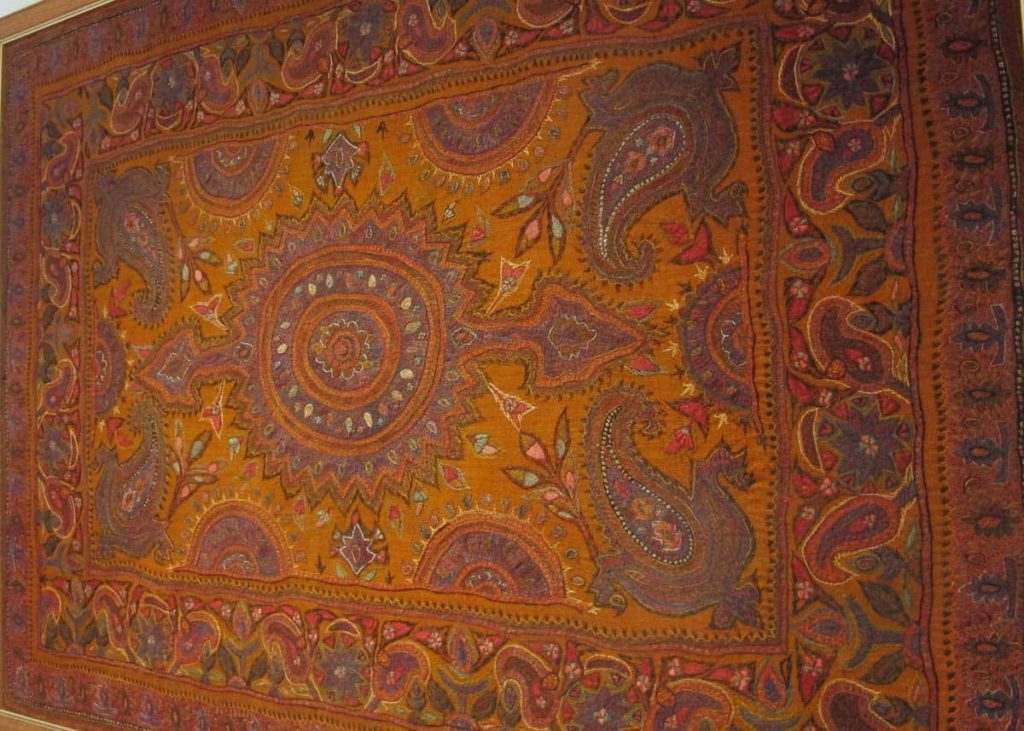 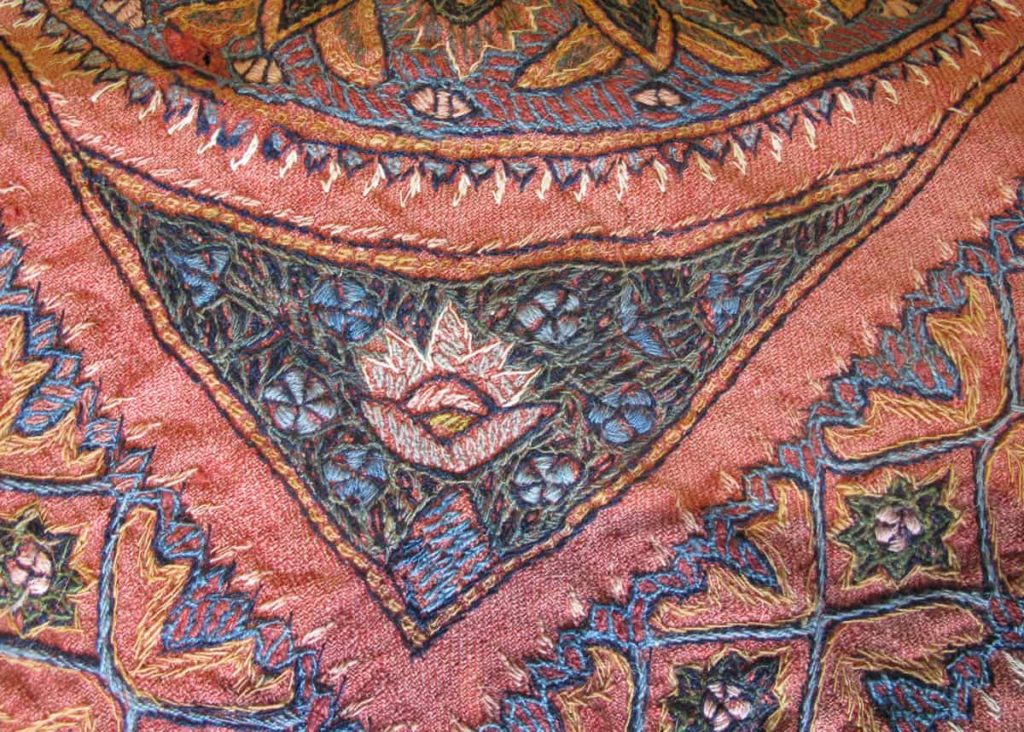 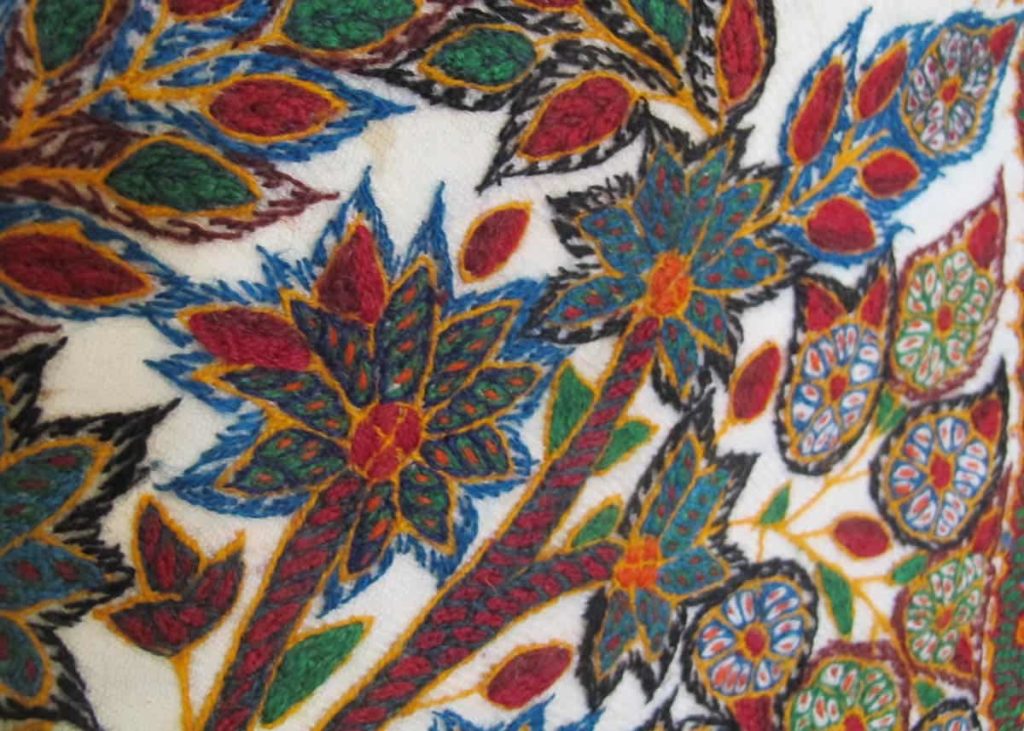 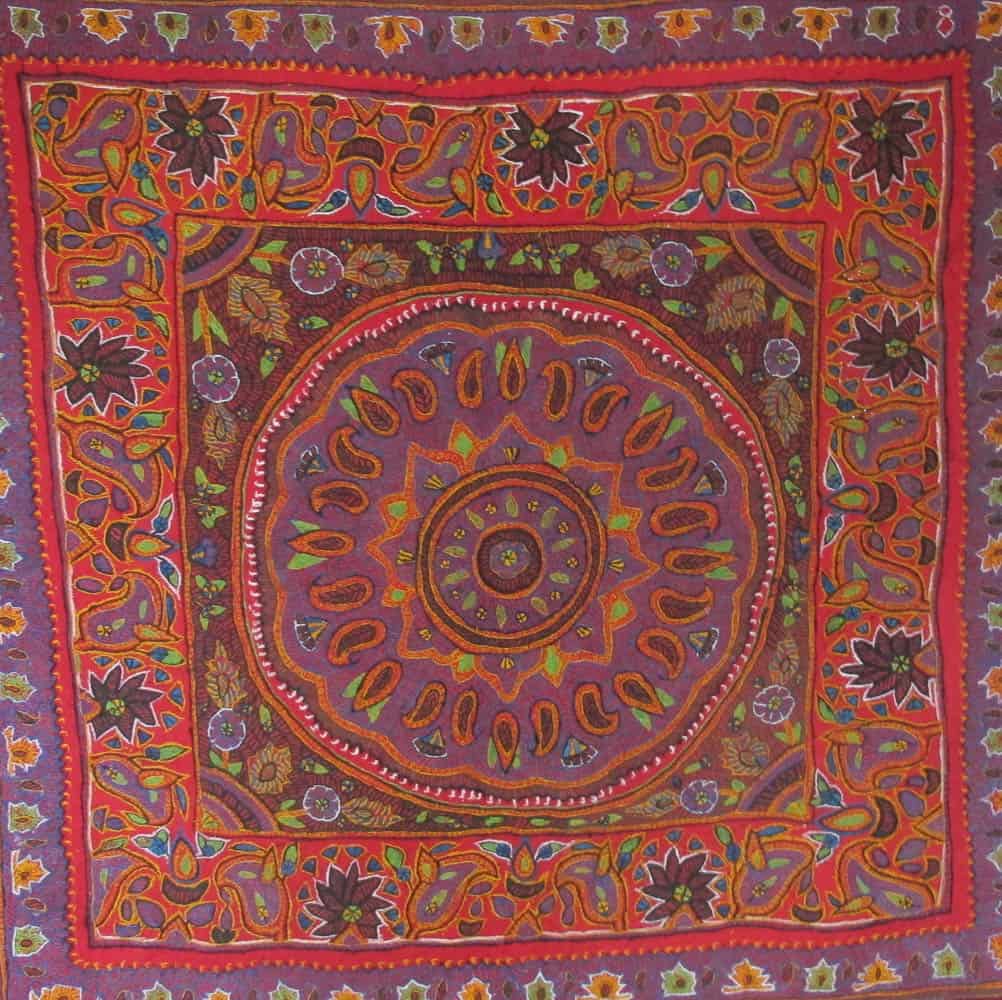 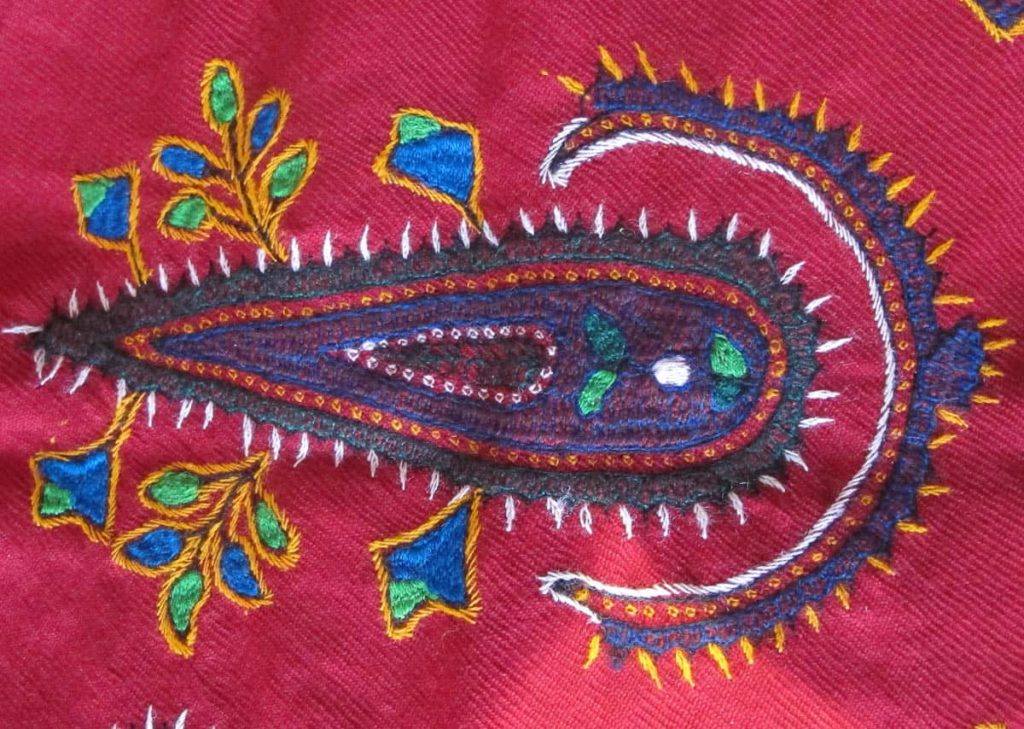 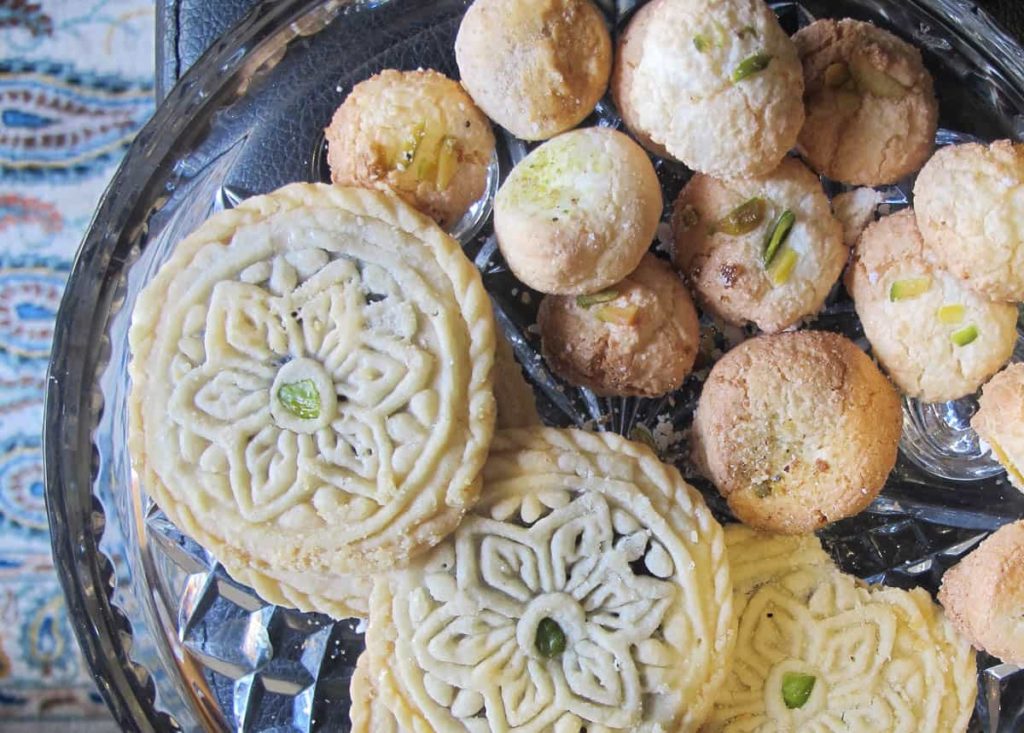 Listening to Akhtar Ismailzadeh talking about life and her love for patteh embroidery, it’s difficult to separate this traditional Iranian craft from her own story. She talks with her hands and her multi-coloured woollen threads. The story of her family and her life are entwined with the shapes and colours she so carefully stitch onto the deep red fabric backgrounds.

Akhtar lives in Adelaide, South Australia, where she teaches embroidery, Iranian cooking and Persian language. But this is not where her story started. It started years ago in Rafsanjan, in the Kerman province of Iran where Akhtar was born and raised. As a married woman she lived in Kerman city with her husband and three children, teaching language and literature at the local university. Life was good, but then, in 1979, the revolution came and her life changed forever.

While Akhtar explains to me the meaning and symbolism of the designs on a typical patteh shawl, I can see her own story unfold. These symbols are ancient, passed down from generation to generation, stitched by young girls and grandmothers alike, but for Akhtar it is still relevant, as if it was invented just for her.

Shawls consists of two parts, the base fabric or ariz, and the embroidered embellishments known as patteh. Ariz are woven from hand-dyed spring wool. This wool is soft and luxurious, shorn from sheep who spent the winter indoors away from the harsh cold and extreme weather conditions. It is dyed with natural elements like pomegranate skins, madder, henna, and walnut husks which creates deep red or burnt orange fabric. The wool threads are dyed in the same way but include indigo colours like blue, green, purple and black.

A typical patteh shawl is decorated with a paisley or boteh (meaning shrub, bush, or bent tree) in each corner, a toranj or flower motif in the centre, and an arch or mihrab on each side. The decorated border consists of flowers, leaves and birds. This is where every artist has free reign to show off her own creativity and flair.

Akhtar explains to me that the symbol of the cypress tree comes from Zoroastrian times and symbolized the strength, integrity, and freedom of the Persian people. After the Islamic conquest of Persia in the seventh century, the Zoroastrian people migrated to India and Kashmir, where they continued to depict their beloved cypress tree, but now with a bent-over top. This symbolised the duress and hardship of the people, but it also indicated their strength. They will bend, but they will not break. And so the boteh, or bent tree, became characteristic to most patteh designs.

This bent cypress design was absorbed into the Indian lexicon from where it was later exported to Britain. The design became so popular in Europe that several textile mills sprung up in France, England and Holland mass-producing these fabrics known as ‘Kashmir shawls’. But it was the textile mill in Paisley, Scotland which lead to the bent cypress tree design becoming known as paisley.

Akhtar shows me her collection of shawls, and tells me how after the 1979 Iranian revolution her family’s life changed dramatically. As followers of the Baha’i faith, they were suddenly no longer welcome in their own country. “My brother was killed, my family lost all their property, and we were not allowed to work or study.”

As she lovingly runs her hand over the hand embroidered shawl on her lap, she continues. “We waited a while, hoping for things to improve, but as conditions only worsened we made the heart-breaking decision to send our children out of the country.” They sent their eldest son to Pakistan in a clandestine way, where he lived as a refugee for some time before being accepted as a migrant in Australia.

Akhtar’s second son followed via the same route, and later her daughter came to Australia as well. “I came to Australia with my husband 14 years after we sent our first son into the unknown. It was a very long time not to see our children.”

Stitching a patteh is a time intensive labour of love. The stitches are dense, covering the base fabric within the different designs. Although the stitches look familiar, they have unfamiliar and creative names like “rooster eyes” for square stitch, “covering stitch” for Bokhara couching and “rice stitch” for half Rococo stitch.

Akhtar teaches with love and patience. She is self-conscious about speaking English, worried that her students won’t understand. But her English is perfect. And she talks with her hands. Even without any English her students will still know exactly what she says.

Akhtar imports her ariz base fabric and wool threads from Iran. “You can use commercially available embroidery wool if you want,” she says, “but these threads from Kerman are the best, with the traditional colours and texture.” Traditionally, the designs were transferred with the prick and pounce method, but these days drawing by hand directly onto the fabric is more common, and the method Akhtar prefers.

Serving tea and Iranian pastries, Akhtar proudly concludes “Now all my children are successful. All three have professional careers, are happily married and blessed us with grandchildren. I am happy and I like my life in Australia, because here we are free.” 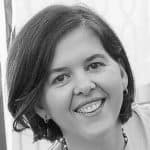 Gate 8
Pakistani craft takes off at Islamabad airport
The tree-bird: An alchemy of the heart
It begins with a pomegranate: Sirjan kilims by Mahjabin Ilkhanipour
The long and winding Silk Road: My quest to uncover treasures from Central Asia
Travelling with Iskandar Jalil
How Jewish embroidery is sustained by an Indian Muslim
Immortal flower (무궁화)