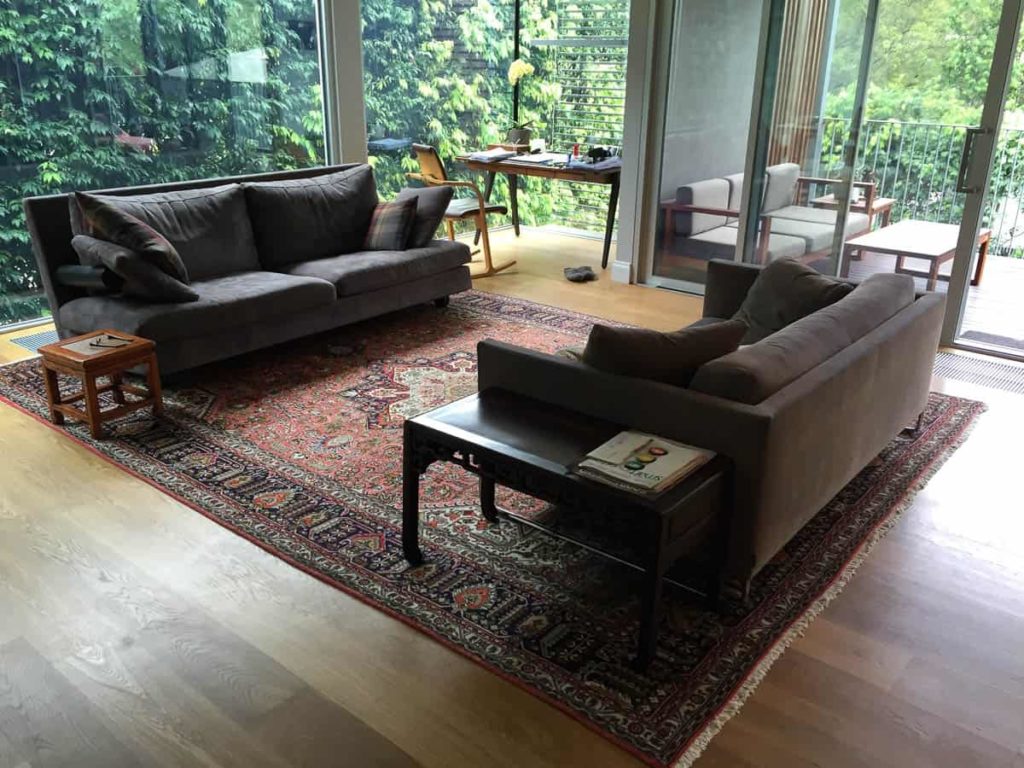 A mid 20th century Tabriz carpet (4 x 3m), handmade and wool-knotted onto a cotton base. This style is more angular than the usual Tabriz work. It is located in a family home in Kew, Melbourne. It was sold by Margarate Jasper, from Persian Room, Kyneton, Victoria.

The Persian carpet is one of the most enduring craft products in human civilisation. It is the epitome of coordinated skill, involving scenic design, motif placement, dyeing and knotting. Though prosperous for hundreds of years, the Iranian carpet industry has had challenges in recent times. Exports dropped 33% during the financial sanctions. The lifting of sanctions promises to return exports to previous levels. Since the Iranian new year in March, exports to the US have increased by 40%.

Carpets are usually given as a wedding gift. The absence of shoes and animals in the Iranian home means that such carpets retain their value over time.  It would be hard to deny that the Persian carpet is the most popular Iranian craft item in Western homes. As consumer products have increasingly short life-spans, thanks to the pace of technological change, the Persian carpet is one of the few possessions left that has a lifelong value. It grounds the lives of so many people around the world. While we might gaze up to the wonders of new machines—skyscrapers, jets, cloud servers—when we look down, we’re likely to see the enduring beauty of the Persian rose garden.

Tabriz has been one of the world’s leading producer of carpets since the twelfth century. In 2016, Tabriz was named a World City of Craft for Carpet Weaving. This city of nearly two million lies in the north of Iran, near the Azerbaijan border. 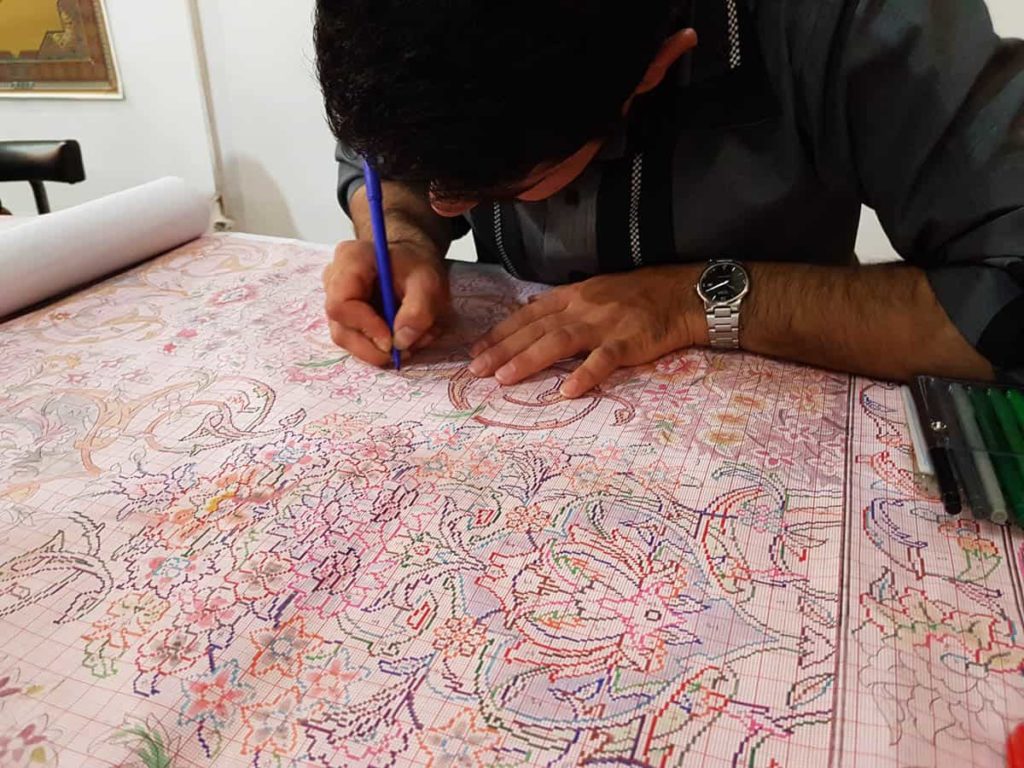 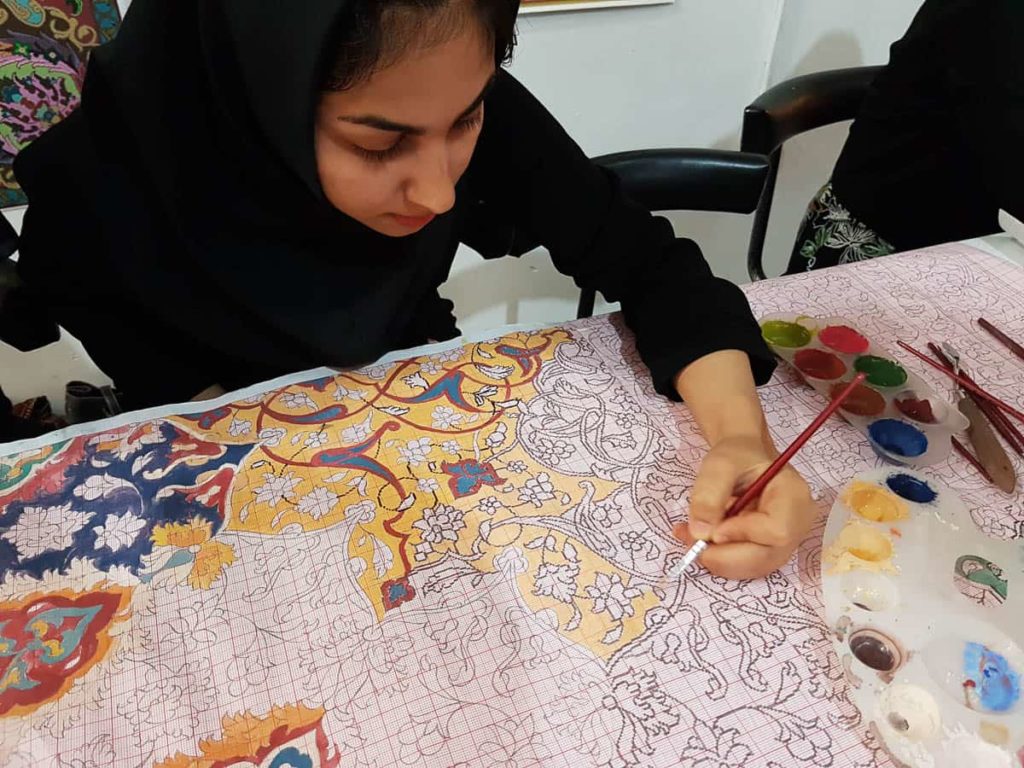 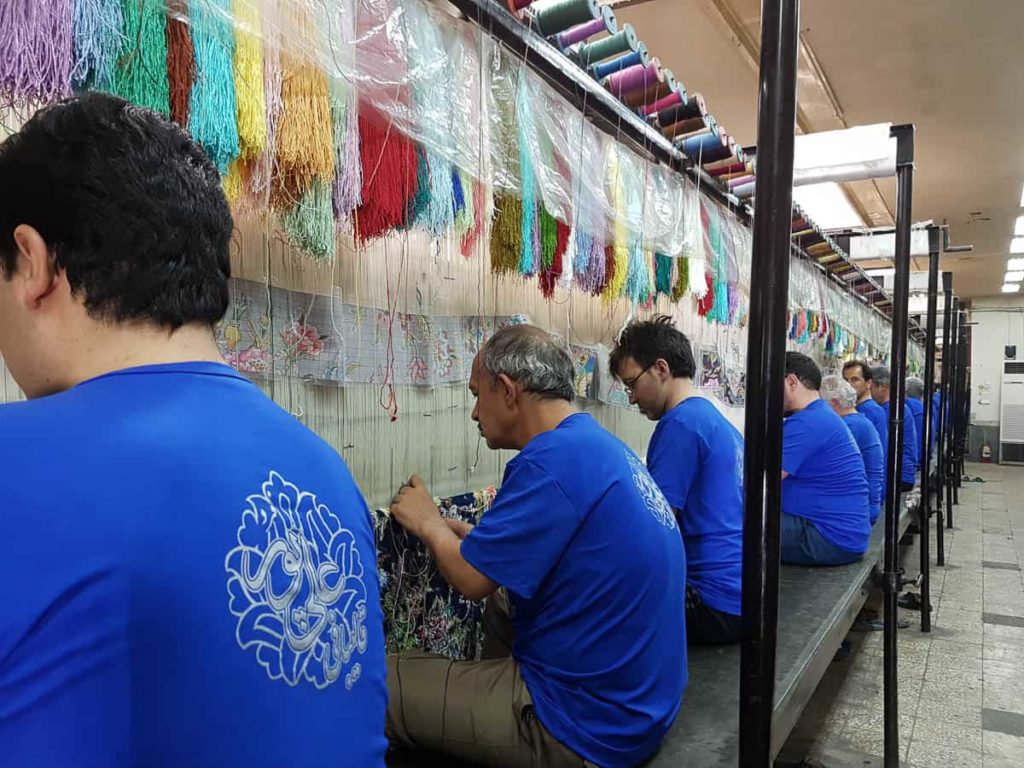 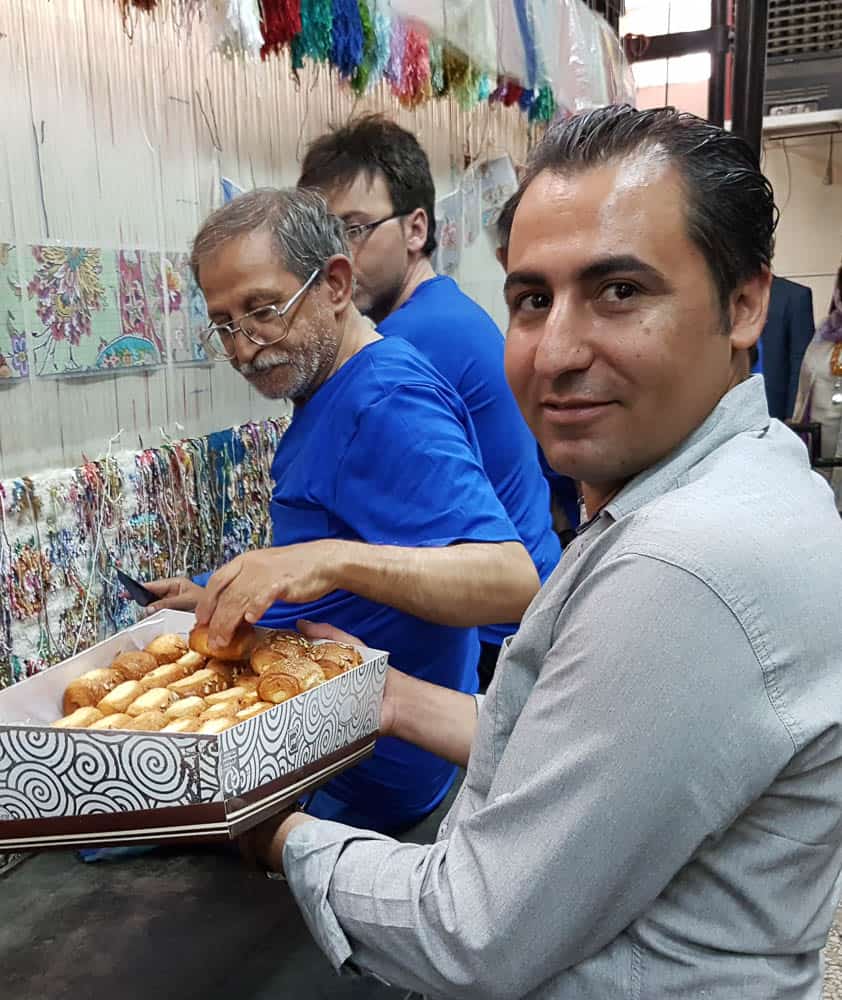 Cakes for the weavers. 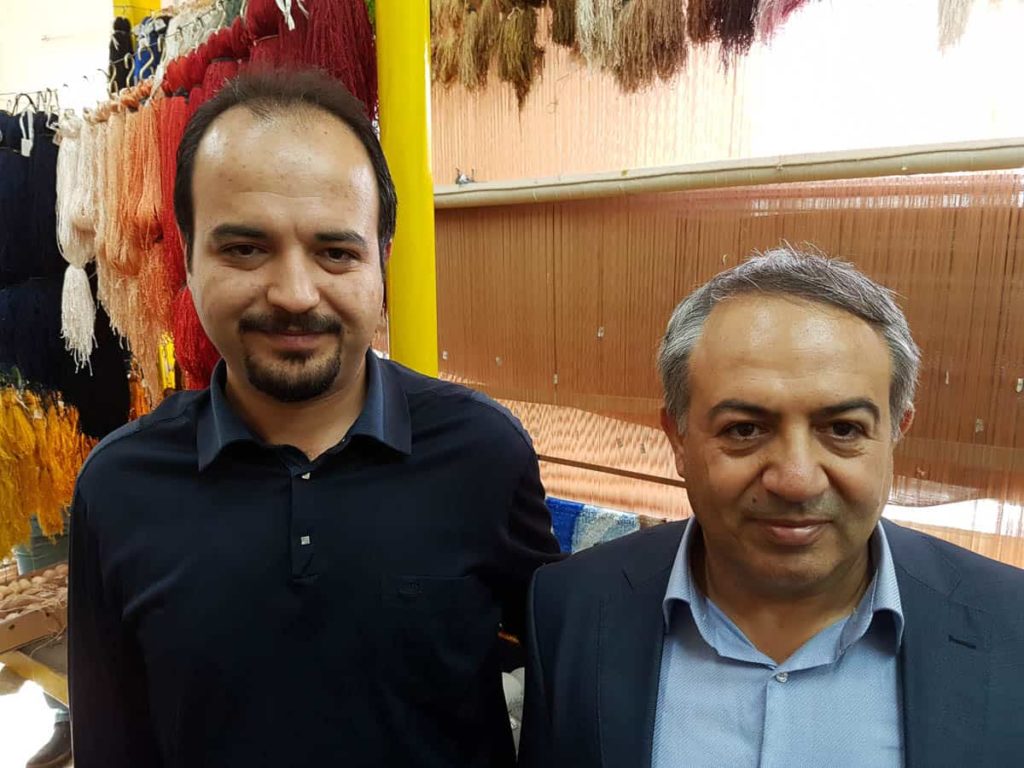 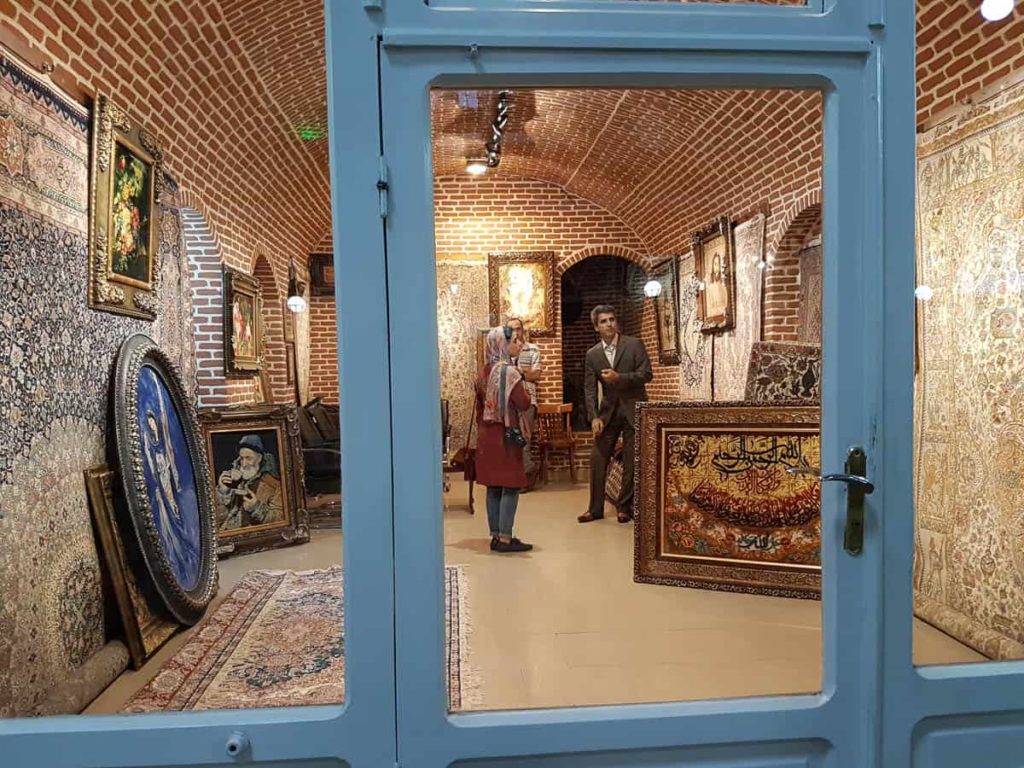 Shop in the Tabriz bazaar 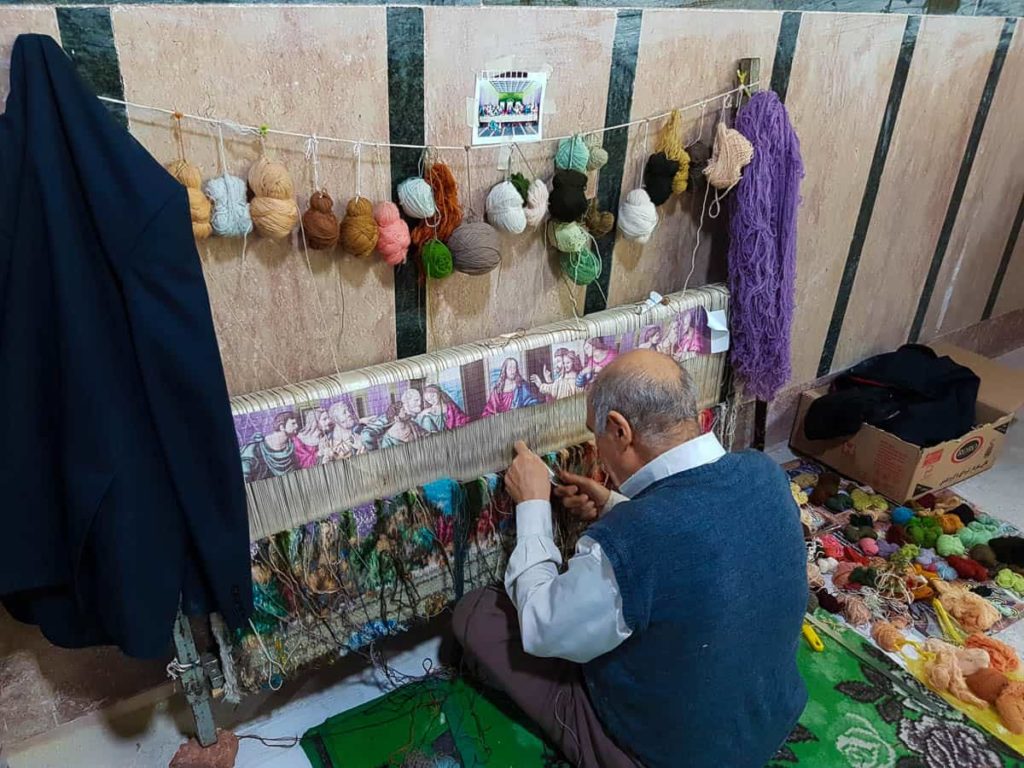 In Tabriz, few people can be found who are not familiar with carpets and carpet weaving. They love the carpet as an old friend, usually by name according to the design. As a precious memory, it is often passed on as an heirloom to their son or daughter. They never think about its material value—for them it is a spiritual object. From the time of a girl’s birth in Tabriz, her parents plan for the carpet that will be her dowry. So the carpet goes to the house with bride and becomes a life-long companion. The bride shares her first day’s loneliness with the image of this love rainbow. She adores this magical companion and sweeps it with joy every morning to restore the cleanliness of this evergreen garden!

The carpet also has an exalted status in ceremonies and celebrations, when it is used for decorating houses and streets. In most ceremonies to welcome guests it is spread  at their feet. The carpet is a symbol of life and it is a mirror of the most beautiful harmony in its magical motifs. 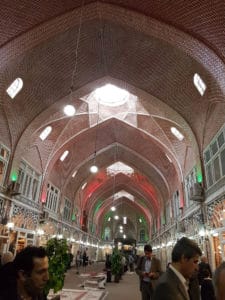 Carpet weaving is a prestigious job in Tabriz, thanks particularly to the care with which the profession has sustained its high standards.  The bazaar of Tabriz dates back to the Silk Road. It rose to fame in the thirteenth century when Tabriz was capital of the Safavid empire and the site of massive caravansaries for trading carpets. The population has retained its commitment to craft during the challenges of history, including the Constitutional Revolution (1905-11) and the Soviet occupation (1941-46). In 1975 it was protected as a UNESCO World Heritage site and is reputed to be the largest covered bazaar in the world.

Carpet workshops in Tabriz show a great variety of design and production, according to their unique styles and strengths. The city also specialises in tableau carpets that reproduce paintings or photographs. It carries out many such commissions, particularly from other Middle Eastern countries.

The designers of Persian gardens were never happy to see a flower wilt, never happy to break a sprout, and are always seeking novelty, efflorescence, and peace for their fellowman. The Tabriz carpet is inspired by its Creator to create novelty and cherish the sapling of hope for humanity. May the viewer be thankful for this rose garden.

Alteenfarsh is one of the most distinguished carpet workshops of Tabriz. There are some 150 to 160 workers in the workshop, working in two shifts. The first shift is from 6:30am to 3:30pm and the second is from 3:30pm until midnight. All are adults and the oldest is 65 years. Weavers receive a monthly wage equivalent of $US 1,000 for a six hour days (about twice the national average), plus insurance and lunch (there are some reports of back problems in the industry). As well as traditional designs, they also do unique portraits. This year Waheed Rostami designed a carpet with the portrait of the Turkish President Erdogan, as a gift.

Carpets are sold at the Tabriz bazaar. Many have the names of the master weaver woven into their edging. One silk carpet with 60 knots was selling for $US 5,400.

Carpets are also produced in other cities of Iran, such as Tehran, Shiraz and Qom. In Mashhad, carpets are woven for the Shrine of Imam Reza, where they used for praying over the course two years. They are then sold at a higher price. 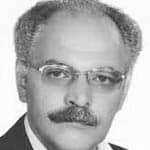 Mahmoud Roofeghar is an Instructor and expert in carpet industry. His translator is Sadaf Alizadeh Derakhsh, who has an MA in Educational Technology.

We asked a variety of people inside and outside Iran to send us photos of their Persian carpets. You are welcome to send us more so we can build a broader picture of the role they play in our lives. Please share your own images on Instagram or Facebook using the hashtag #OurPersia. 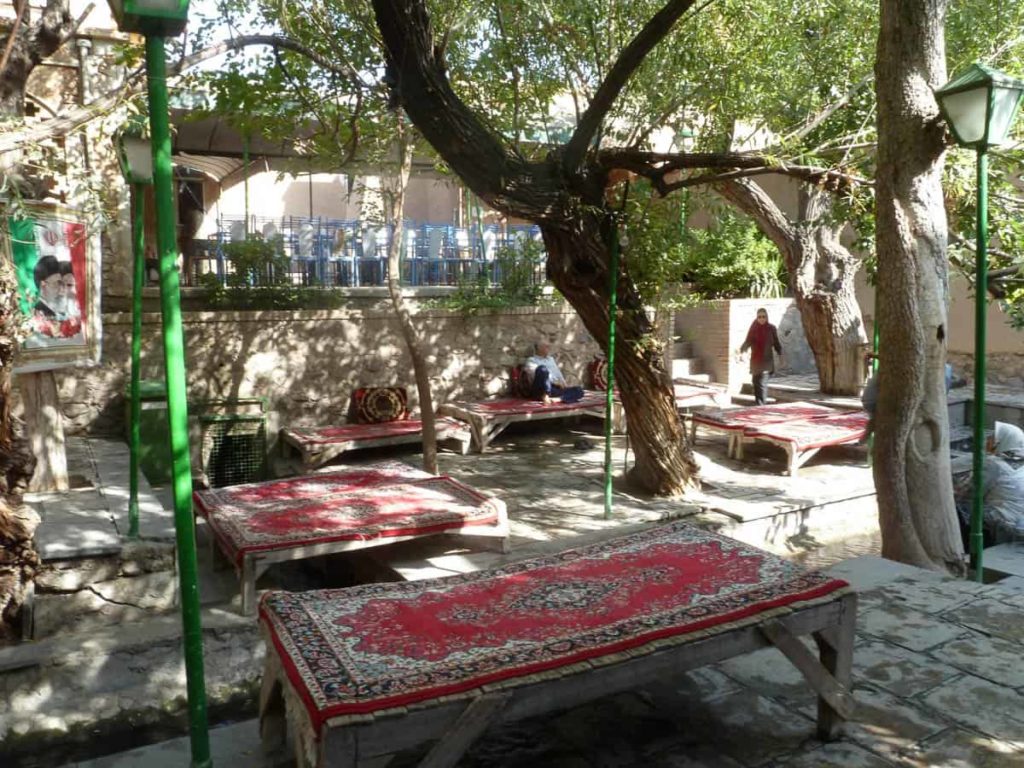 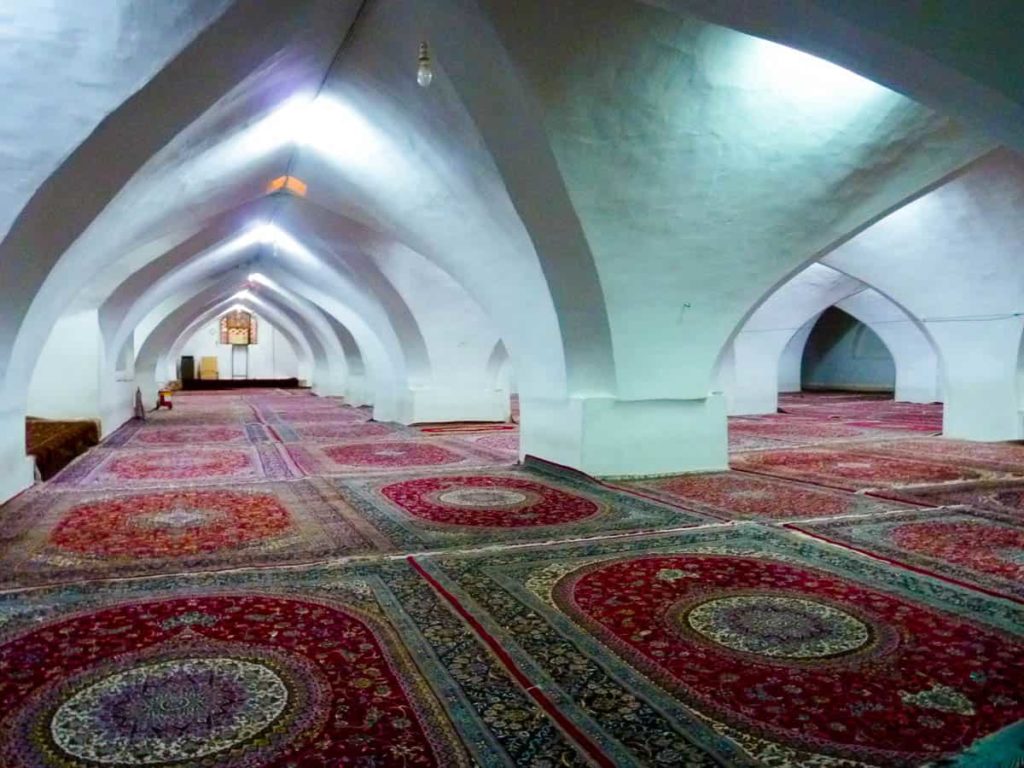 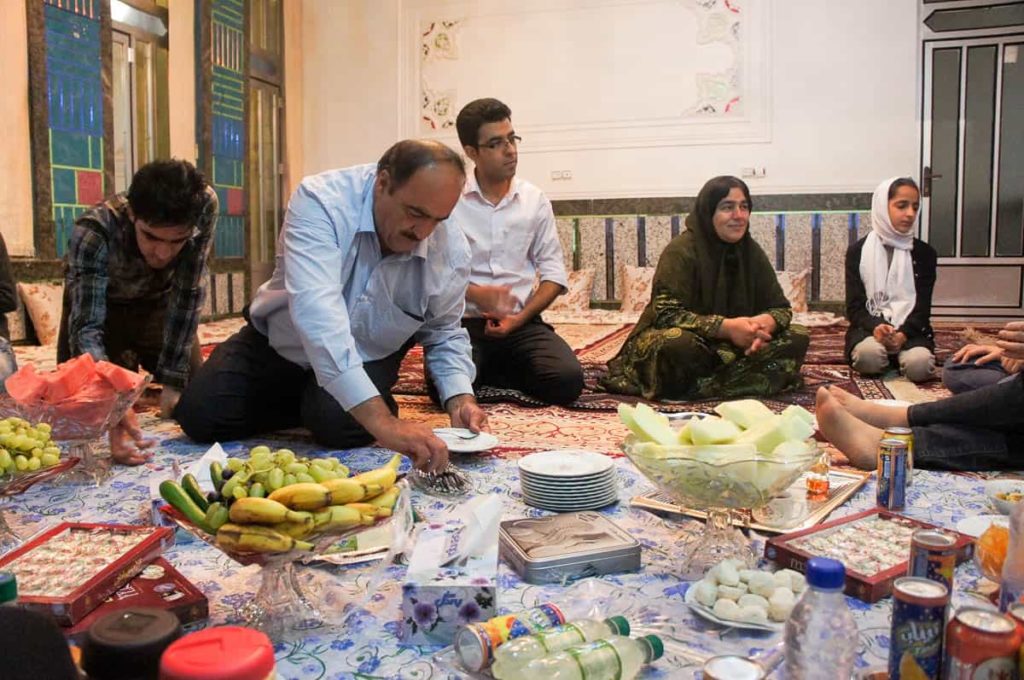 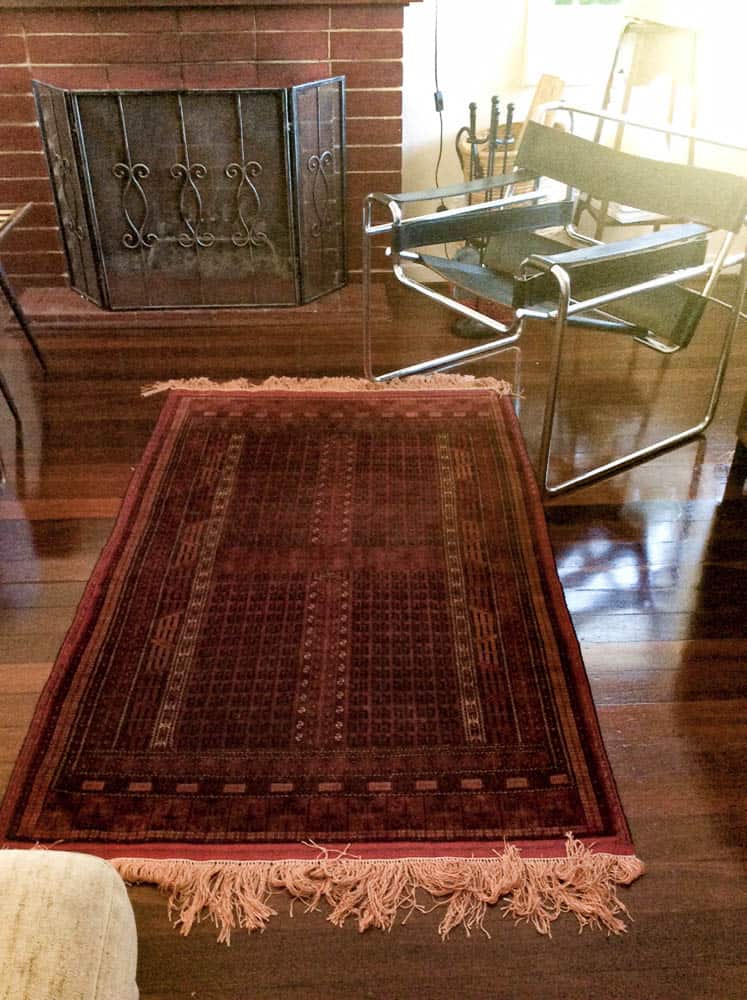 Bought in Isfahan by Brian Zulaika. Not having a credit card at the time, he promised to give the money to his daughter in Australia. It now lives in Cairns. 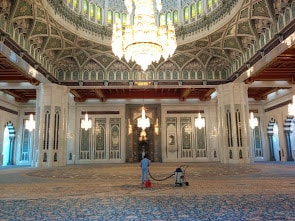 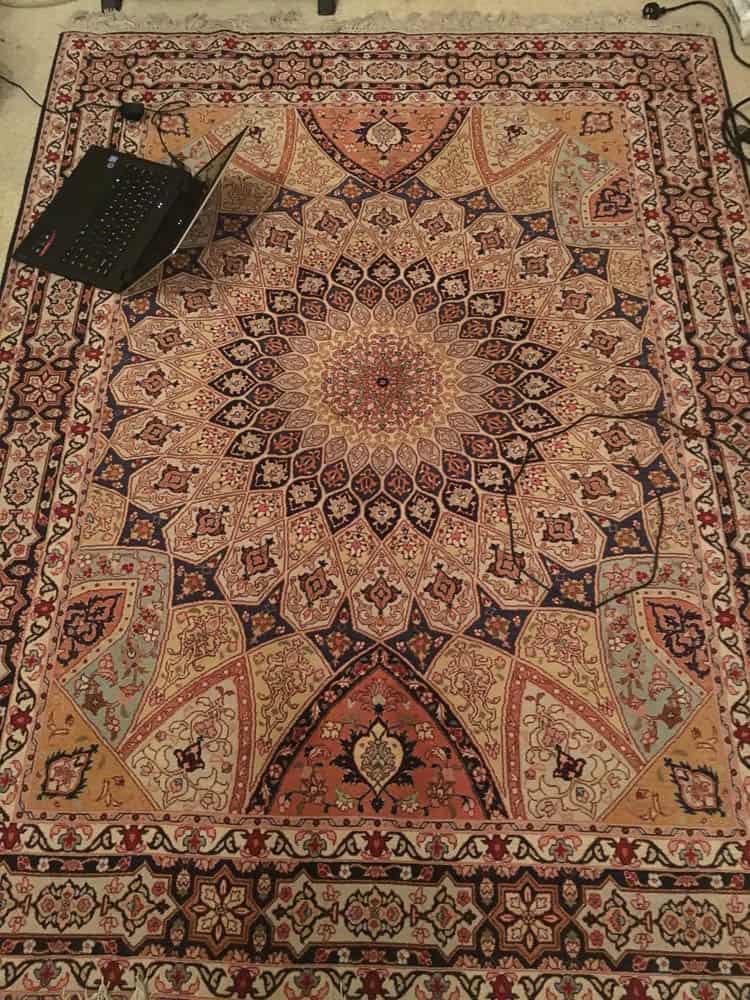