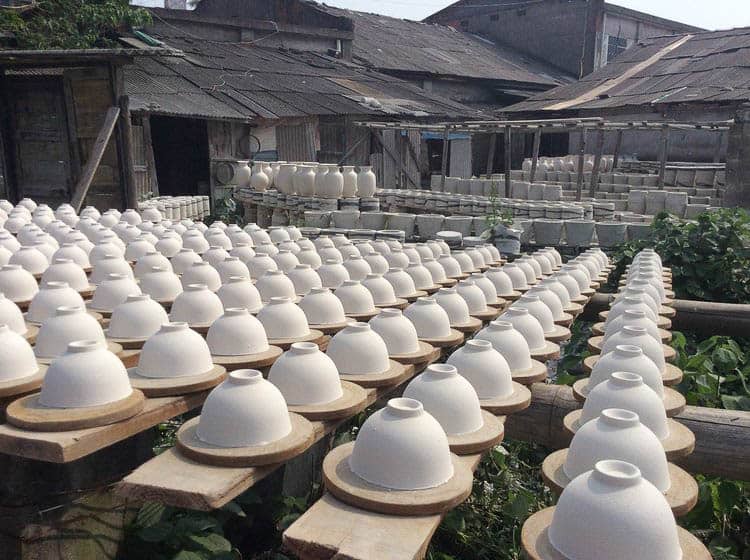 Jingdezhen So Many Pots 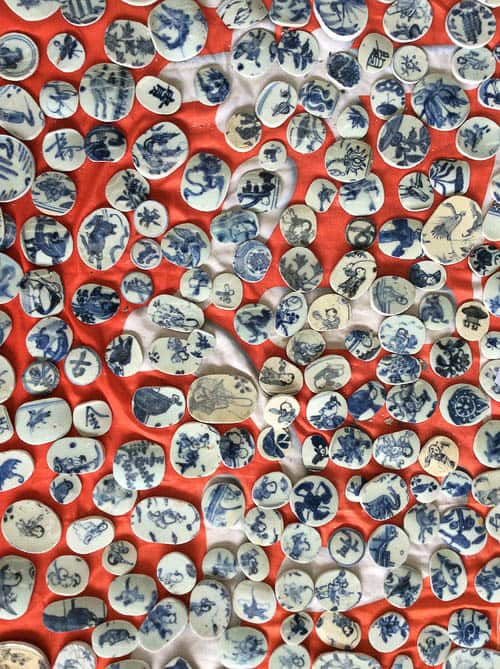 A few years ago, I travelled with a group of artists to China to participate in what I thought was a residency at The Pottery Workshop in Jingdezhen, Province, China. It turned out that “the residency” was more of a tour of the ceramics highlights of China, including Fuping and the Terracotta Warriors, but I did spend two and a half weeks totally immersed in ceramics at The Pottery Workshop. Arriving at Jingdezhen airport we were greeted by Laura, our translator, a person who guided our disparate group through the porcelain city.

Our accommodation was located across an eight-lane road opposite The Pottery Workshop. The road was full of people, firecrackers, a fog of dust, bicycles, animals, electric scooters, wheelbarrows and cars. The supermarket down the road had live tortoises in the deli section and very confronting to my vegetarian self. My bathroom looked over the back alleys of Jingdezhen and provided what seemed to me to be a secret window into the real life of the city with children readying themselves for school, kitchen smells intermingled with rubbish and sewage smells, bicycles propped on stairways, open doorways beckoning and opportunistic clotheslines, all shrouded with a tangle of makeshift electrical wiring. A morning market in the lane beside my room provided a breakfast of green filled soft spicy buns and freshly blended soy milk. I tried to ignore the squirming of the eels awaiting their destiny in the plastic dishes lining the alley.

Our time at The Pottery Workshop included exposure to the Jingdezhen masters of technique. We workshopped porcelain carving, cobalt brushwork, enamelling, Yixing teapots, with the opportunity to purchase tools specific to each of these processes. 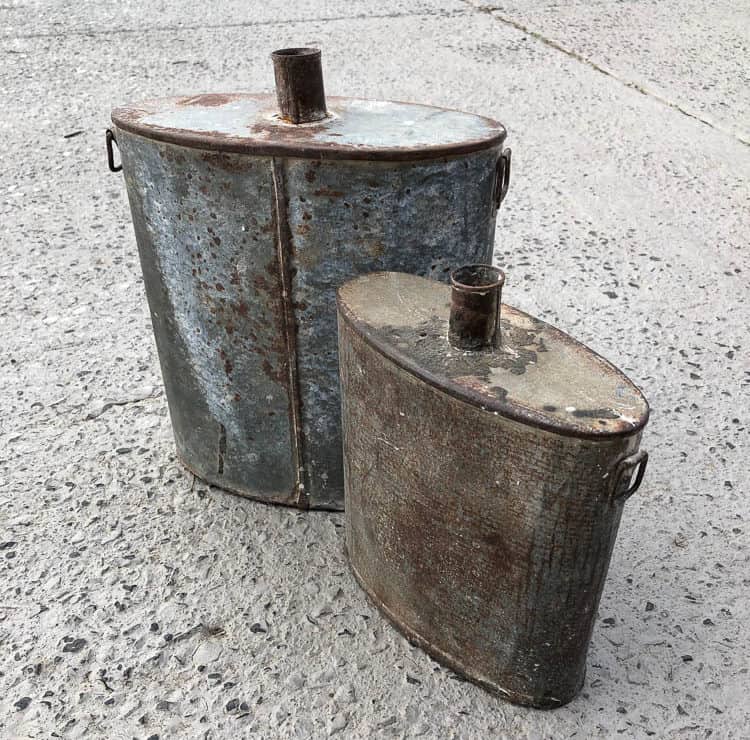 In preparation for the residency, I had purchased some “early Australian” tinplate (tin-plated iron) water vessels from a vintage shop in Kyneton, Victoria, Australia to assist my exploration into the ancient and the now. These vessels were, to me, symbolic of the colonisation of an ancient landscape. I thought the water vessels could carry ideas about old and new, climate change concerns and water degradation/exploitation. Jingdezhen is widely considered as the porcelain capital of the world and porcelain has been used there for 1,700 years. This gave me another ancient human reference on which to superimpose a contemporary mark. 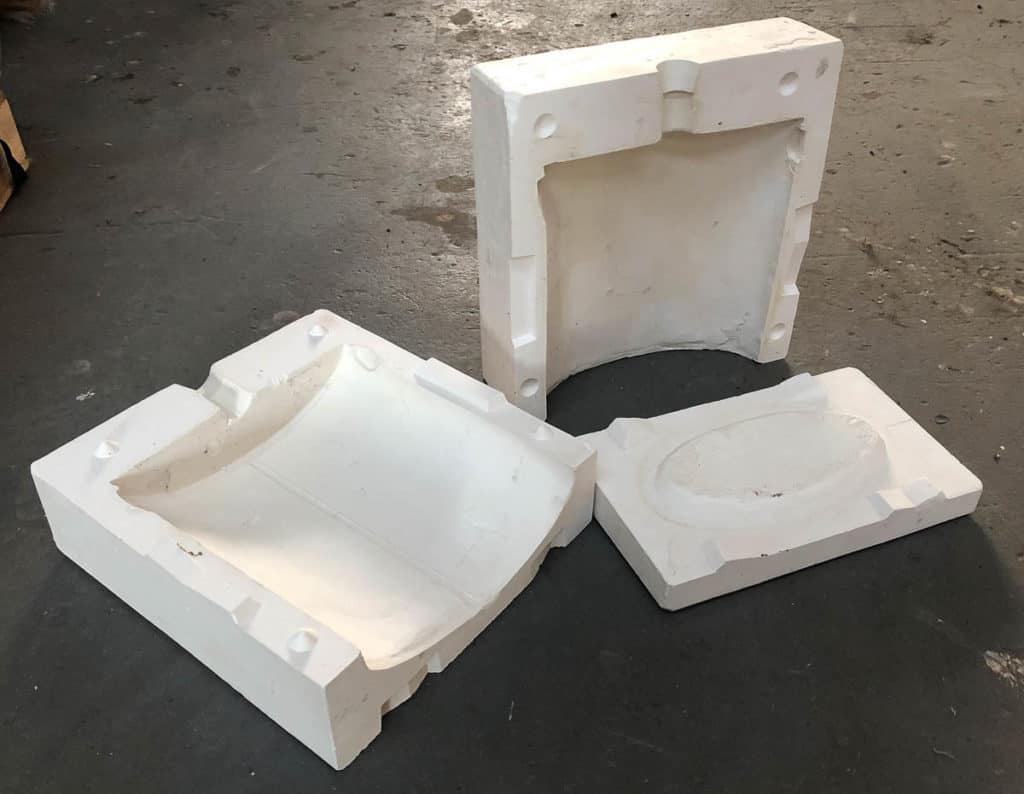 In Jingdezhen, I took these vessels to a master mould maker and negotiated the making of three moulds, one for each of the water vessels I had transported to China. A master slip caster then cast about twelve of these forms from the moulds with the pure white porcelain Jingdezhen is famous for. Some casts were more successful than others. A master glazer then glazed a few of the pieces and all vessels (glazed and unglazed) were fired by a master firer in enormous gas kilns to 1300 degrees Celsius. During the entire process, I became the assistant, picking up the moulds, drying them by rotation under hot kilns, transporting moulds and casts to each of the masters in turn and finally taking delivery and packing them for shipment to Australia.

I felt strange and unsure that this work was even mine. I had the idea, supplied the original forms and then paid for a series of services but it did not feel quite right. On returning to Australia I sat with the completed forms and the moulds for more than a year. They floated around the studio getting in the way. Finally, an opportunity arose through an exhibition callout prompting my attempt to resolve their decoration, finish and ownership. 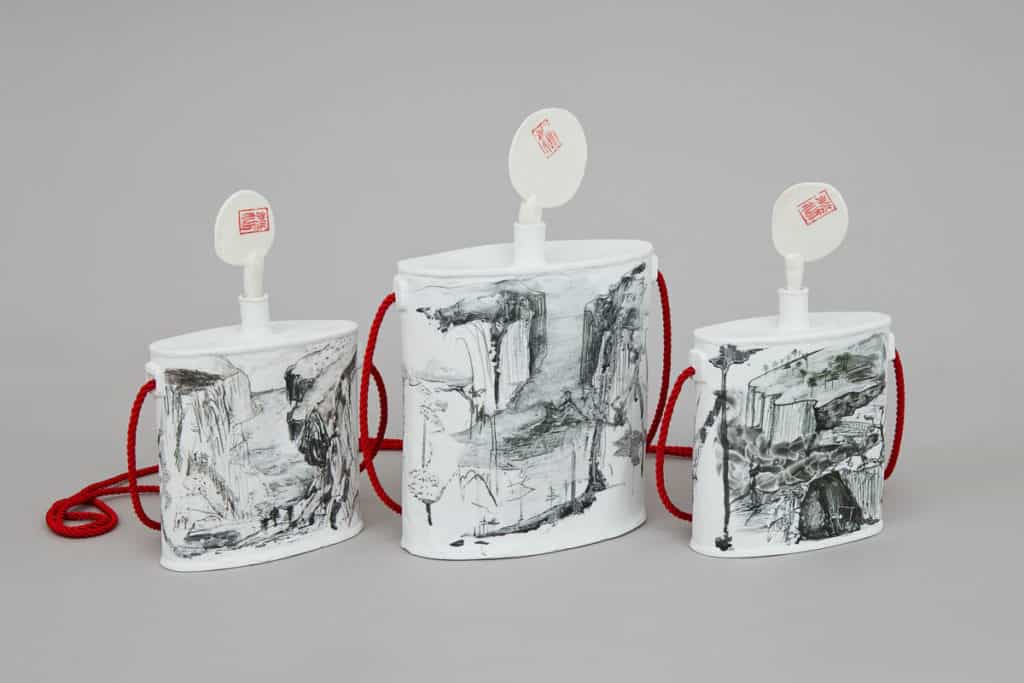 A series of three vessels called Influence resulted and these were exhibited at Brightspace Gallery in Melbourne in an exhibition titled Clayground. The series is called Influence because it was commenced in China with Australian influence and completed in Australia with Chinese influence. I wanted to acknowledge the masters of Jingdezhen for their assistance in the project and I signed the vessels piejdz, my name and the recognised abbreviation for Jingdezhen.

In my practice, I explore temporality, specifically the intersection between deep geological time and shallow human time and my work plays with superimposing the temporal span of a human onto the temporal span of a planet. In order to examine the relationships between deep and shallow temporalities, I comingled images derived from deep time with motifs referencing shallow time.

I decorated the fired porcelain casts of the tinplate water vessels with oxides, made stoppers of the whitest Australian porcelain, called Southern Ice (which appears cream against the Jingdezhen porcelain). I stamped the stoppers with my name in ancient Chinese characters.

Through this process, the water containers were transformed from a metal utilitarian, primitive, western, unadorned, makeshift and functional vessel to a non-functional, decorative form with eastern stylisation and carrying with them a perception of elevated status through the preciousness of porcelain.

The decoration is black iron oxide (derived from iron—a reference to the same material as the original tin-plated iron water vessels) and includes brushstrokes, oxide pencil marks, smudging and erasures.

The drawings decorating the work are imagined landscapes, evocative of erosion by the continued actions of water incising the layers of deep time. These images developed through perusal of books referencing traditional Chinese landscapes, calligraphy and painting which were purchased from street vendors during my time in Jingdezhen and wandering through the ancient gardens and forests of Jiangxi province and gazing at mountains just beyond my reach. There are subterranean references, hidden gardens, expanses of water, surreal and impossible landforms and atmospheric, cloudlike and dreamlike motifs. The silk cord implies functionality or a way to carry the non-functional vessel. It is red, the colour of fire, good fortune and luck.

Scattered throughout these images are motifs of humanity such as stairs, temples and bridges. In China, these did not seem to me to be invasive or an attempt to tame but more a working with landscape, suggesting an understanding of temporality and duration with the utmost reverence. There is a tacit knowledge and understanding that the placement of steps, temples and bridges is sound and that the slow development of a deep time landscape will not overtake the structures of humanity but continue to provide safe harbour and refuge. I felt a palpable connection running between deep time and humanity in China. There appeared to be a liveliness to this connection with an energy flowing from the nonhuman to human through the narratives of mythological cultural traditions nurtured through time. 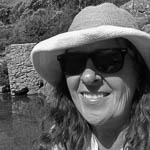 Pie Bolton is a contemporary ceramic installation artist based in Melbourne, Australia working at the human/geological interface. Bolton’s practice is grounded in basic material properties and temporality. She reinterprets geological processes to expand ideas about humanity as a geological force. She creates innovative and enigmatic objects and installations backed up by sound academic research and technical expertise to assist the development of a clearer understanding of the intersection between deep geological time and shallow human time. She currently has work inEnucleo, Heterotopia, Rosny Barn, Hobart Australia and has been commissioned for a Nullumbik Shire Council Digital Agora light work in September 2019. She operates her own ceramic studio, The Kiln Room, in Melbourne, Australia facilitating the sharing of knowledge and community building. She is currently a PhD candidate at RMIT University. See piebolton.com

One person’s culture is not another culture’s craft
A pomegranate’s secret: The jewels of Mehrnoosh Ganji
Vipoo Srivilasa: Will my heart remember?
Take a chance on art
Elisa-Jane Carmichael ✿ Weaving with ancestors
Kyungsook Park ✿ The craft of conviviality
A Shanghai lei over: the plastic jewellery of Lauren Simeoni
Holding space making place