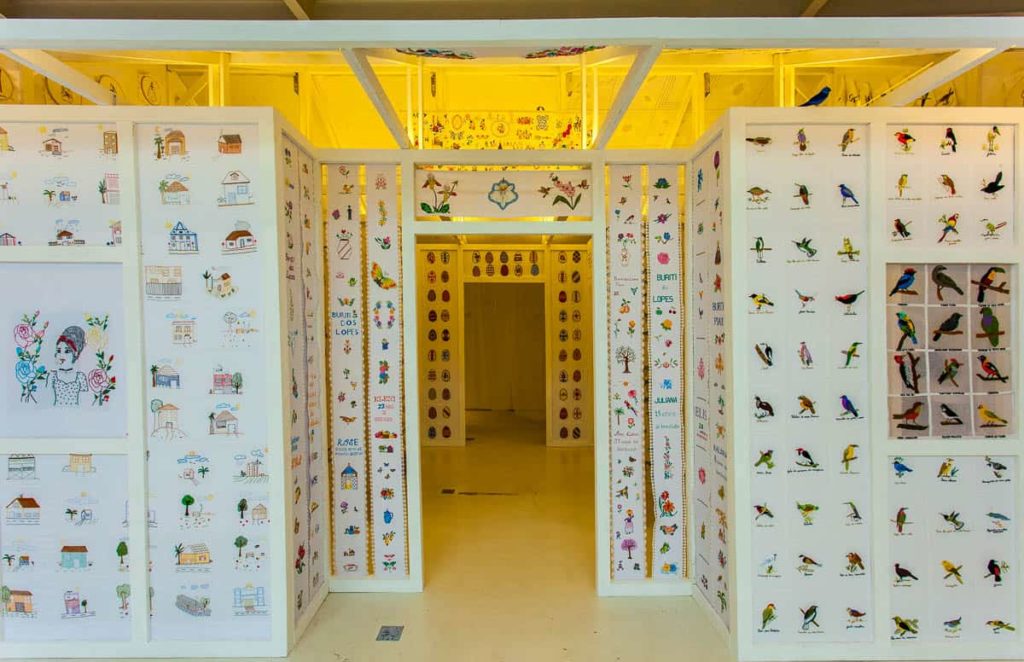 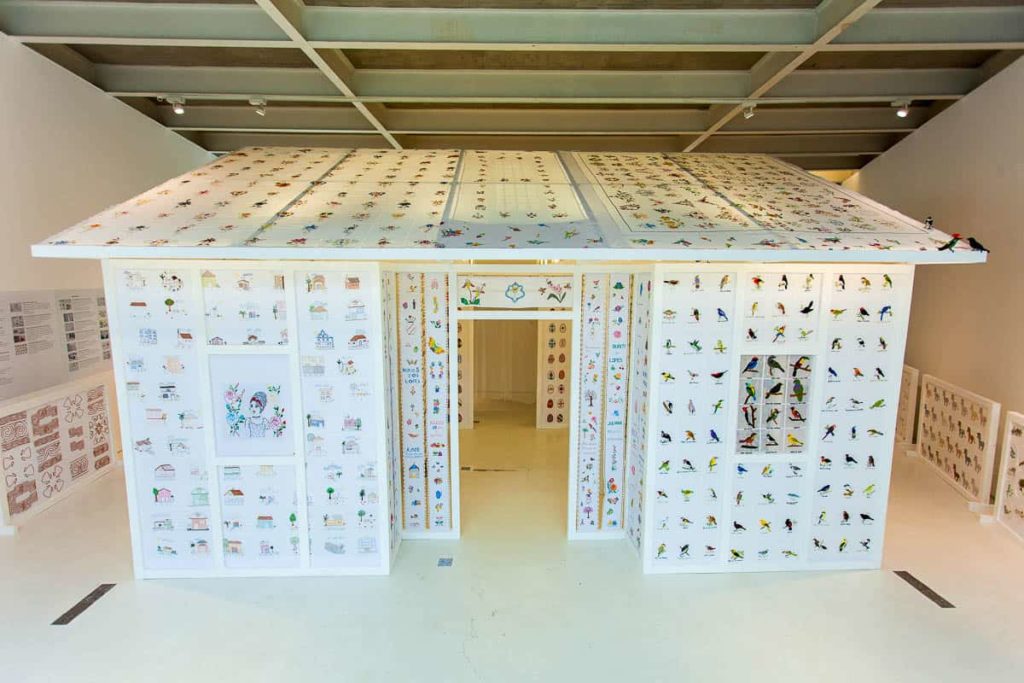 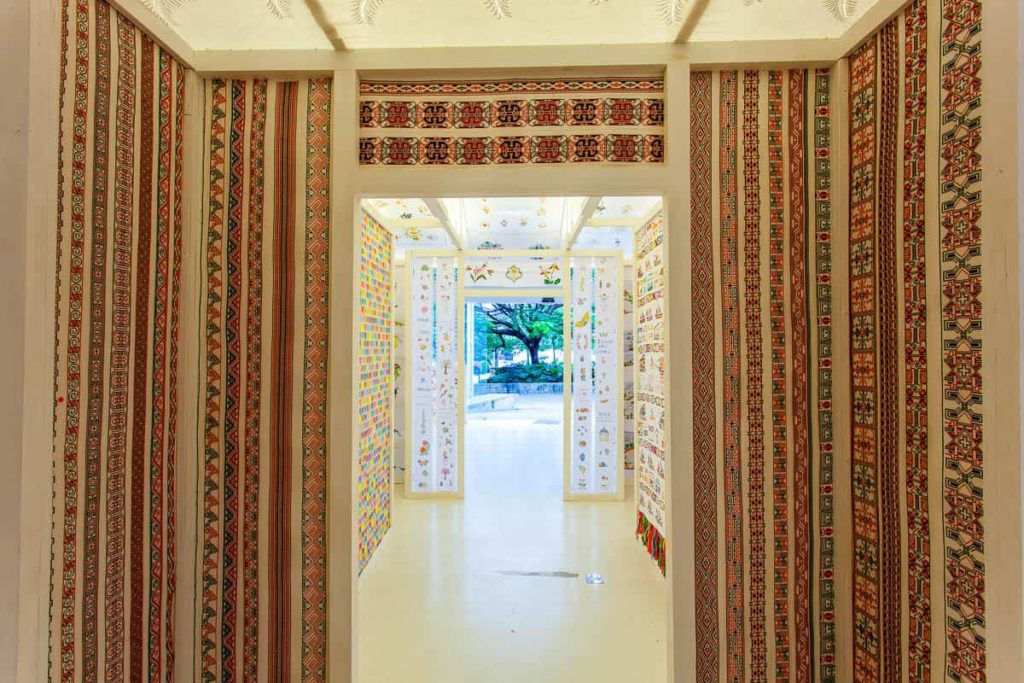 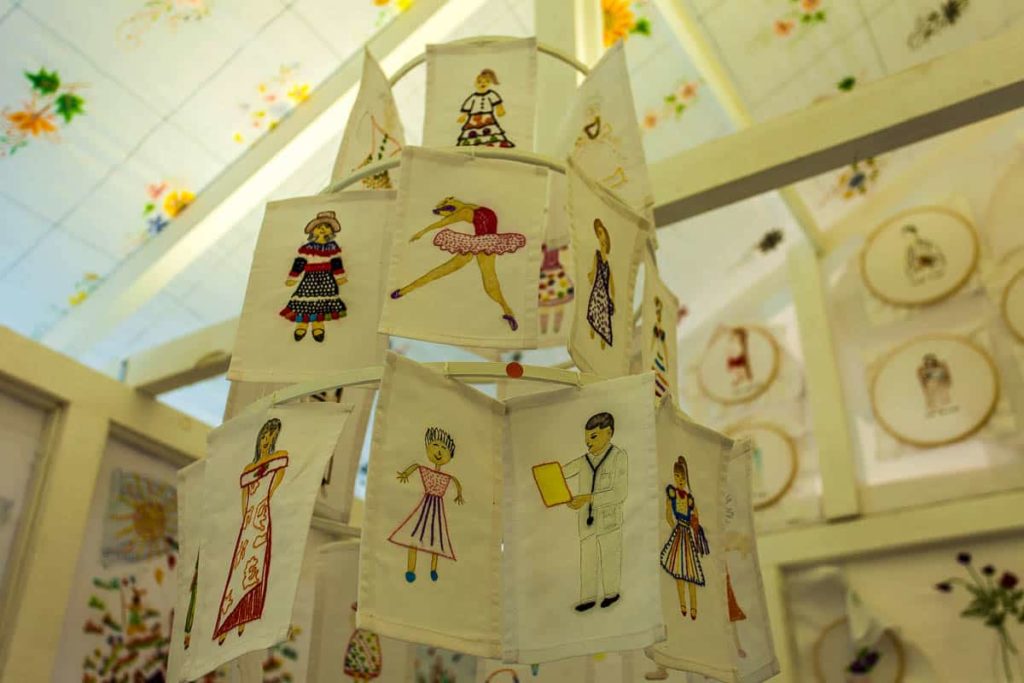 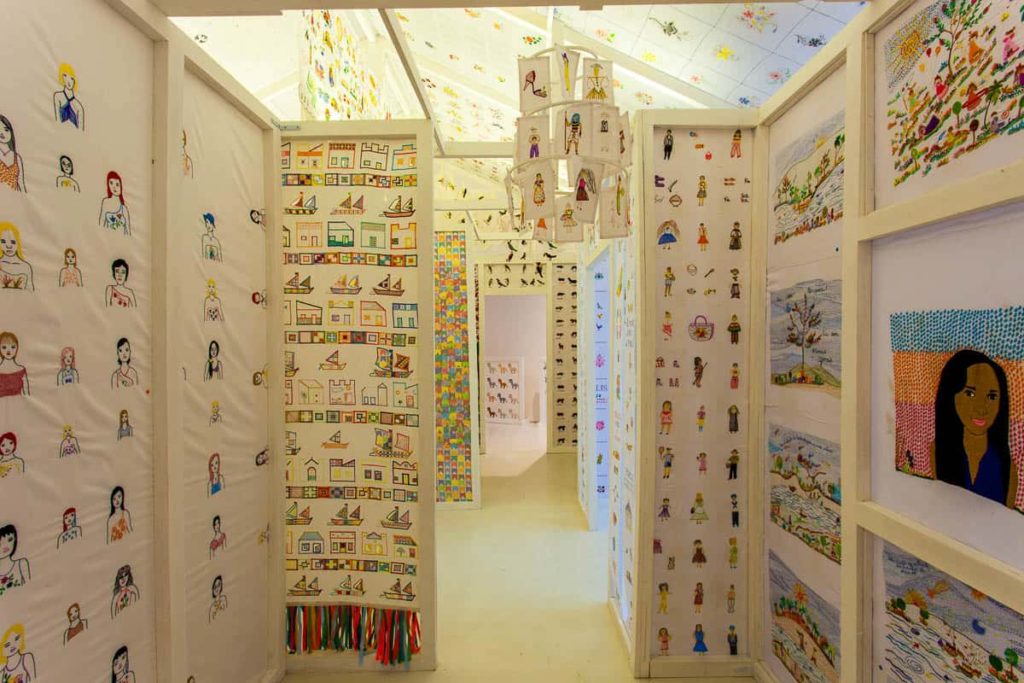 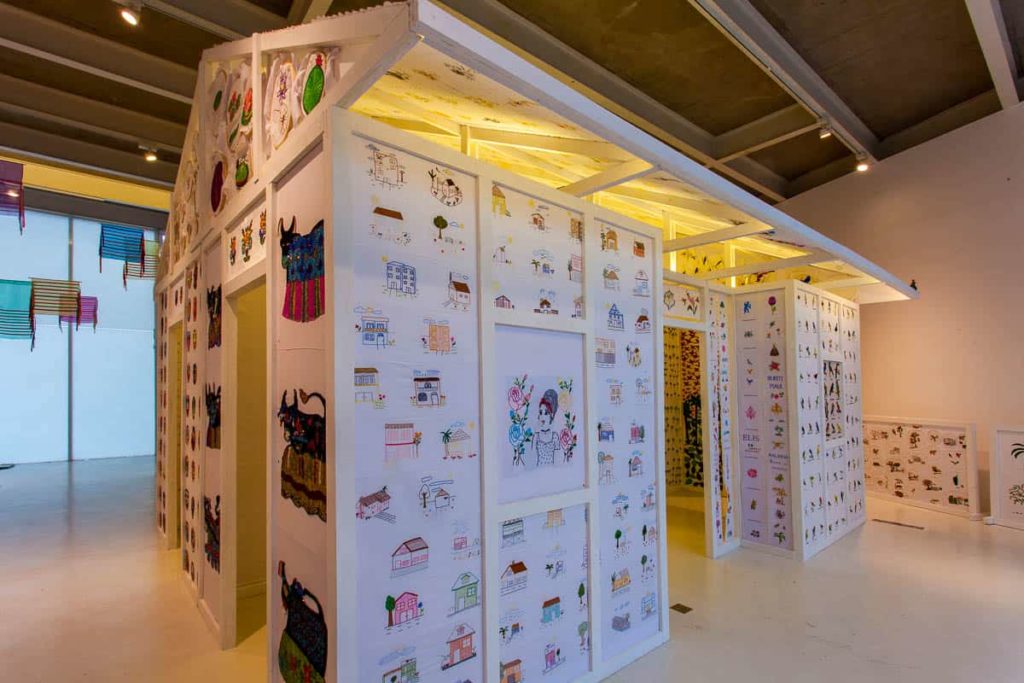 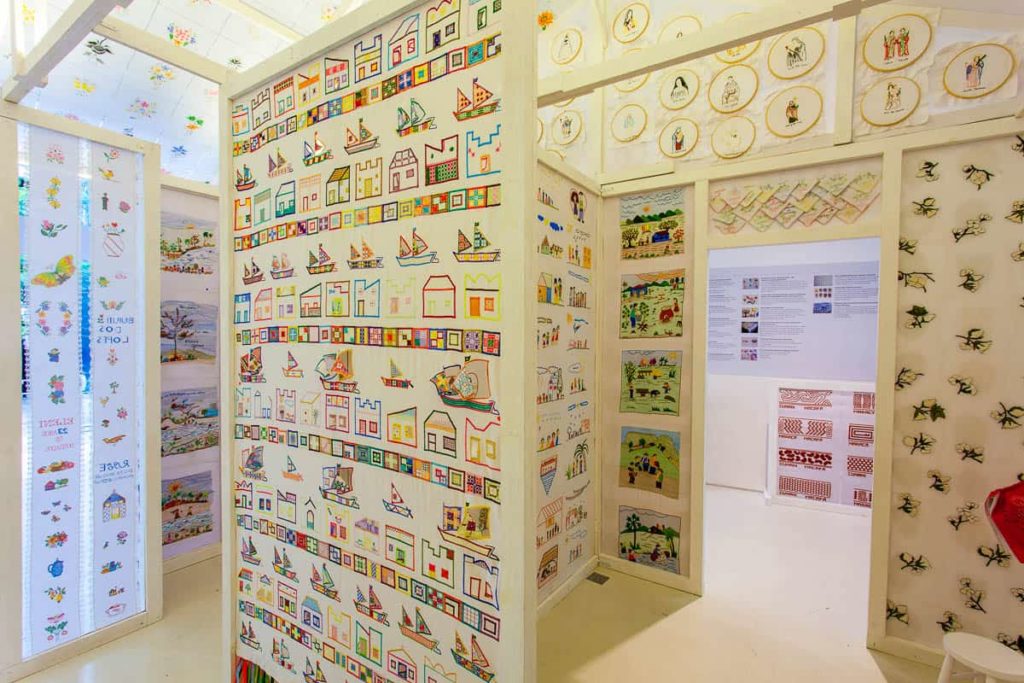 A CASA makes projects to develop handicraft all over Brazil. Generally, we choose a locality, where groups or associations have a good technique, and provide innovation so that this local production can join technique and attractive objects. Three years ago we were in Alagoas, in Northeast, with a very traditional embroidery group of artisans and made several workshops of creativity and innovation and the results were wonderful.

Then came the idea to make an exhibition of embroidery including all states of Brazil (26 states and the Federal District). The curator Renato Imbroisi, a textile designer, went through and commissioned the embroidered cloths that would participate in the exhibition. The embroidered themes are very diverse because every locality has its own references, such as landscape, people, the local environment or what is in their imaginary. When you look at the embroidered panel, generally you can distinguish where it comes from.

So we had the idea to build a house with walls, roof, windows and fences with 200 pieces of embroidery cloths from 60 groups of artisans from all over Brazil. 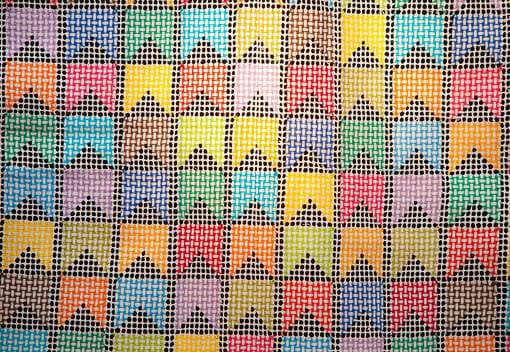 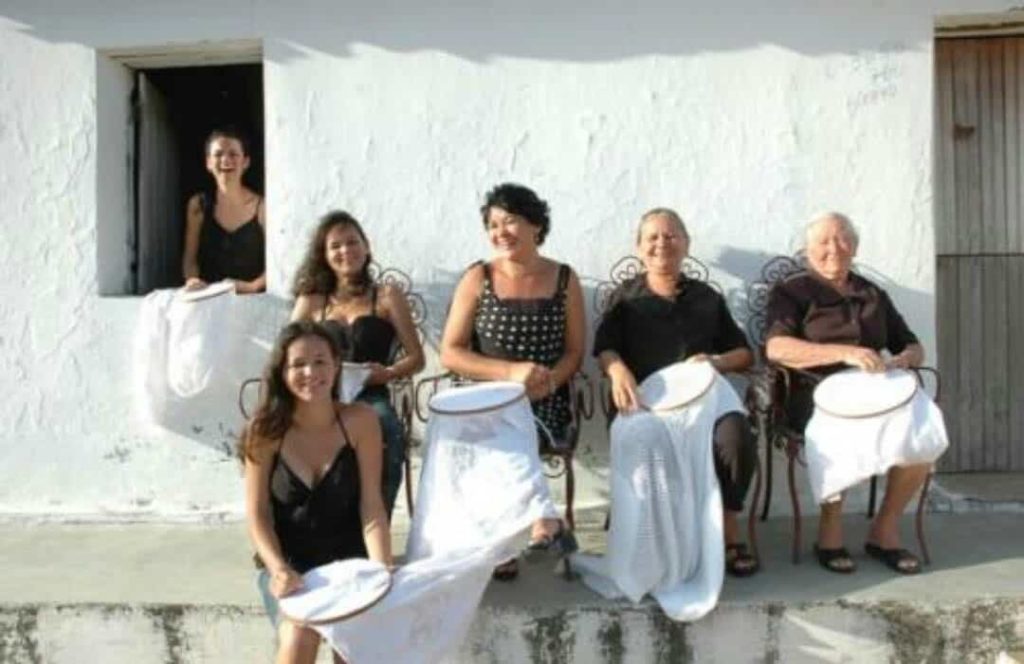 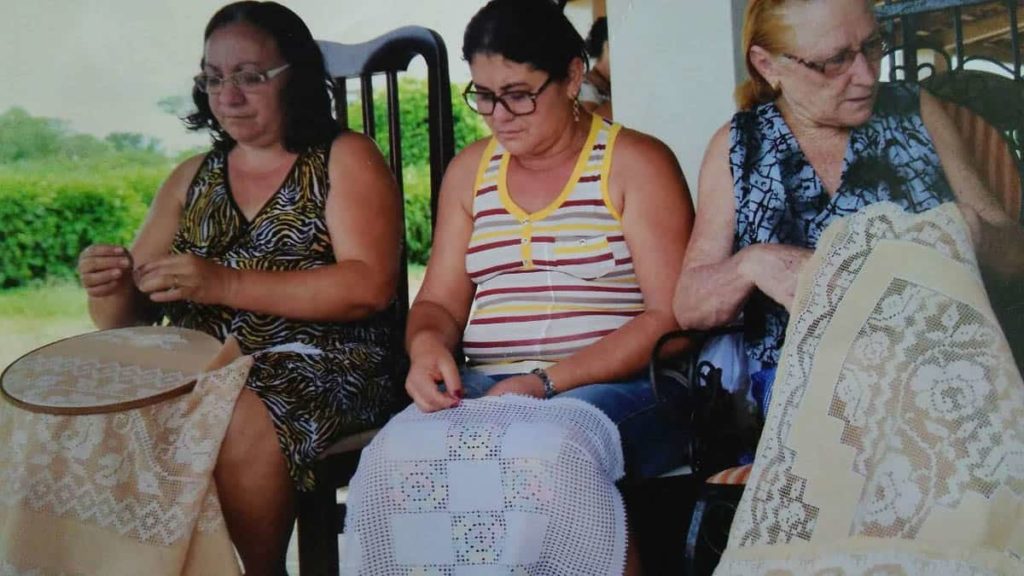 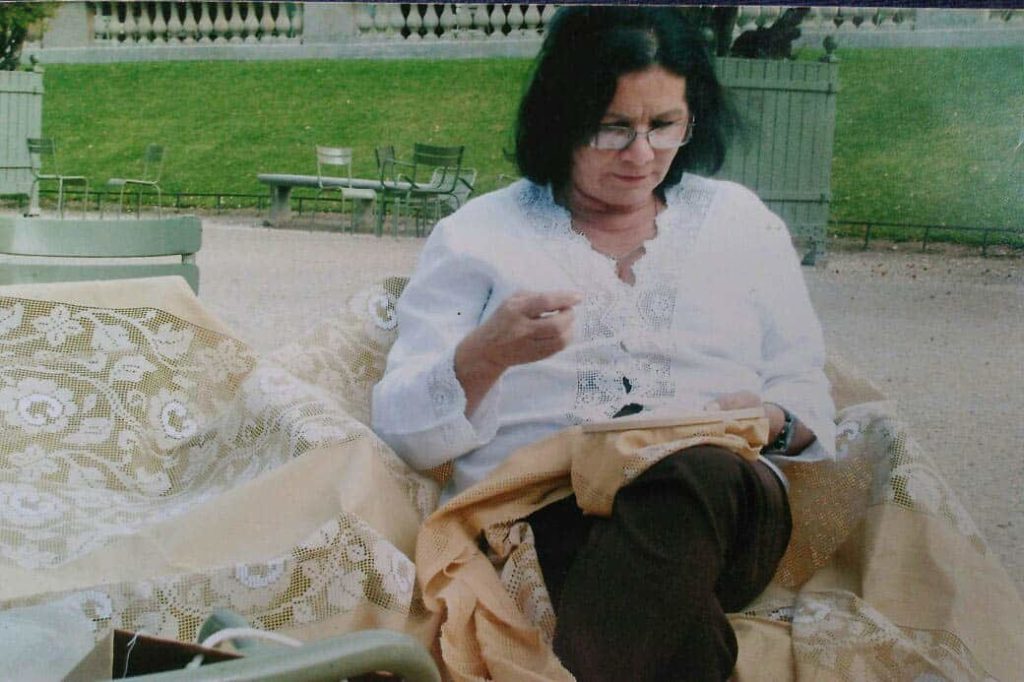 The Serra Rajada Artisans chose the little flags theme because they are related to a very popular party in honour to Saint John and it happens every month of June. Serra Rajada is located in Paraíba, where the most important Saint John Festival happens.

Usually, the little flags are made by cutting paper and they are used as a decoration element. To reproduce them in embroidering, the artisans use a technique known as Labyrinth, which consists of shredding the base tissue and embroidering with coloured threads.

Renata Mellão lives in São Paulo City and has always dreamed about enriching the Brazilian culture and identity. This happened 20 years ago when they started to build the project A CASA museu do objeto Brasileiro. They work with the integration of craft and design. Their next project will have as a reference the Brazilian palm tree. They selected 12 palm trees that represent many regions of the country. The selected palm trees produce fibres which can be transformed in many utilitarian objects.

Up in a wool bag: Moving material in the Navajo Nation
Quest for the lost bronze casters: A journey to Ban Pa Ao
The Elephant Shark story: batik between Java and Bali
Banten jerimpen: An offering to reach the universe
Paula do Prado ✿ My abuela's hands
Jewellery for free
Wissa-Sophy: Back to the woven garden
Craft classic: Khao Tom Mud