Embroideries with love from Mauritius 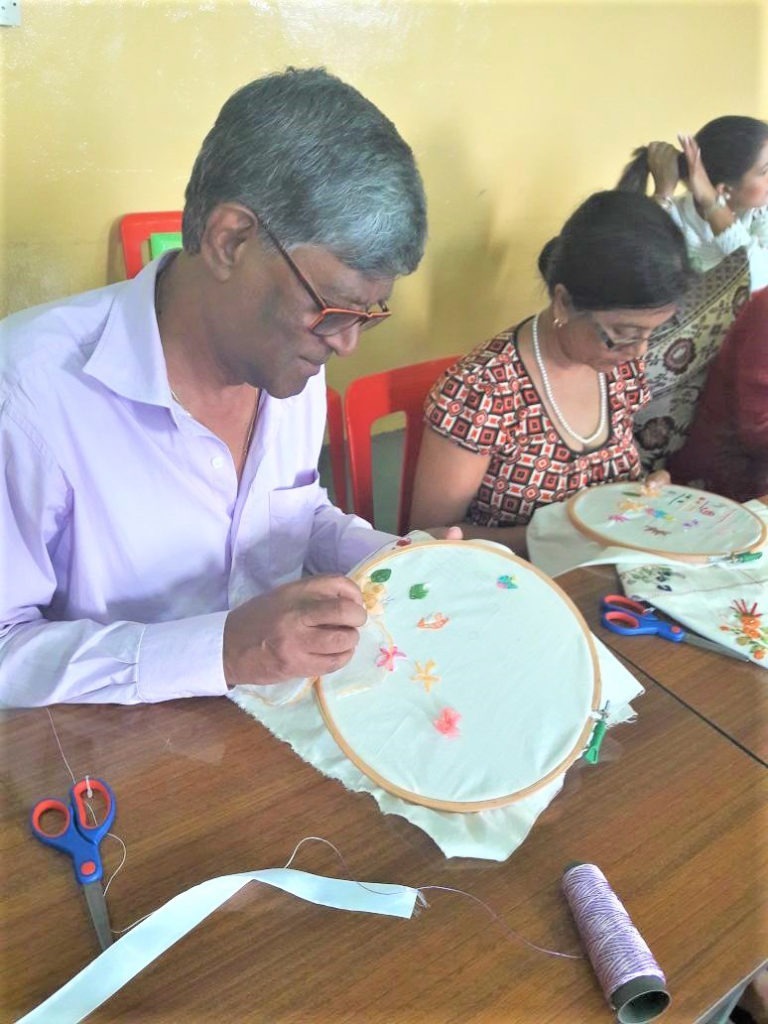 Palmesh Cuttaree has painted scenes that are typical of folklife in his native Mauritius. He has also completed a course in embroidery and works with a number of women to realise his work in textile form. His lead embroiderer, Ms Taîba Bowhoo, won the Gold medal in Rencontre avec les Métiers d’Art organised by Mauritius Rotary.

One of the common visual elements of these local Hindu festivals and festive dances works of art is the presence of colourful flowers. Palmesh Cuttaree conceived all the flowery motifs with their respective colour coding and entrusted the added embroidery to a team of skilful embroiderers to render the best, most beautiful renditions. 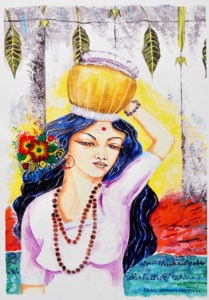 Paal kudam  (Paal means milk, kudam means pot (milk pot)) is carried mostly by women during the Thaipussam Cavadee procession towards the Muruga kovil (Tamil temple), where the milk is poured on the divinity to invoke his blessings.

Embroidery details: Wearing flowers in the hair during Hindu religious ceremonies is a common practice. These flowers have a deeper meaning than just being beautiful to look at. They symbolize happiness, prosperity, luck and…. Love.

The row of mango leaves interspersed with palm shoots symbolize life and the axis of the world connecting the earth to the sky. It also often decorates the storefronts of the entrance doors and across the road indicating the devotee’s residence for those who come to share the sacred meal after the pilgrimage.

Popular among Mauritians, geet gawai was originally performed by women, mainly at wedding ceremonies. It is a living expression of the Bhojpuri language and tradition. Today Mauritians of all origins enjoy the song, the music and dance performances for its festive mood and the ambience they create on weddings’ eve. Geet Gawai is listed as an Intangible Cultural Heritage UNESCO

Embroidery details: This dance is performed in a very colourful décor, lit with colourful bulbs. Long garlands of colourful paper flowers hang from the ceiling.  Women adorn themselves with their best jewels and dance in harmony with the festive atmosphere of the evening…

One of the dancers, a geetharine carries a jug (lota in hindi/Bhojpuri ) on her shoulder while making her rhythmic steps….…. She will invite the parents and guests to put money in the jug as gifts (shagun) for the performers. 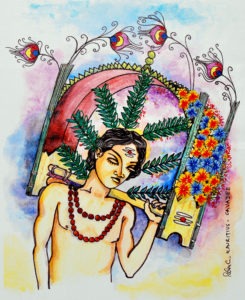 The Cavadee festival is one of the most popular local festivals. The devotees carry the Cavadee,

an arched bamboo structure decorated with fragrant flowers, coconut leaves and lime and peacock feathers, and bearing a pot of sacred milk. The milk is poured on Lord Muruga statue in the Tamil temple (Kovil) to receive his blessings.

Embroidery details: Flowers, lemon, vetiver, the third eye in red on three stripes of ashes on the pilgrim’s forehead, peacock feathers on all four sides of the cavadee arch are full of symbolism… God Muruga flies around the world on a peacock. The lemon symbolizes vitality and balance, but the bitterness of life.

The small jugs attached to the cavadee contain milk. 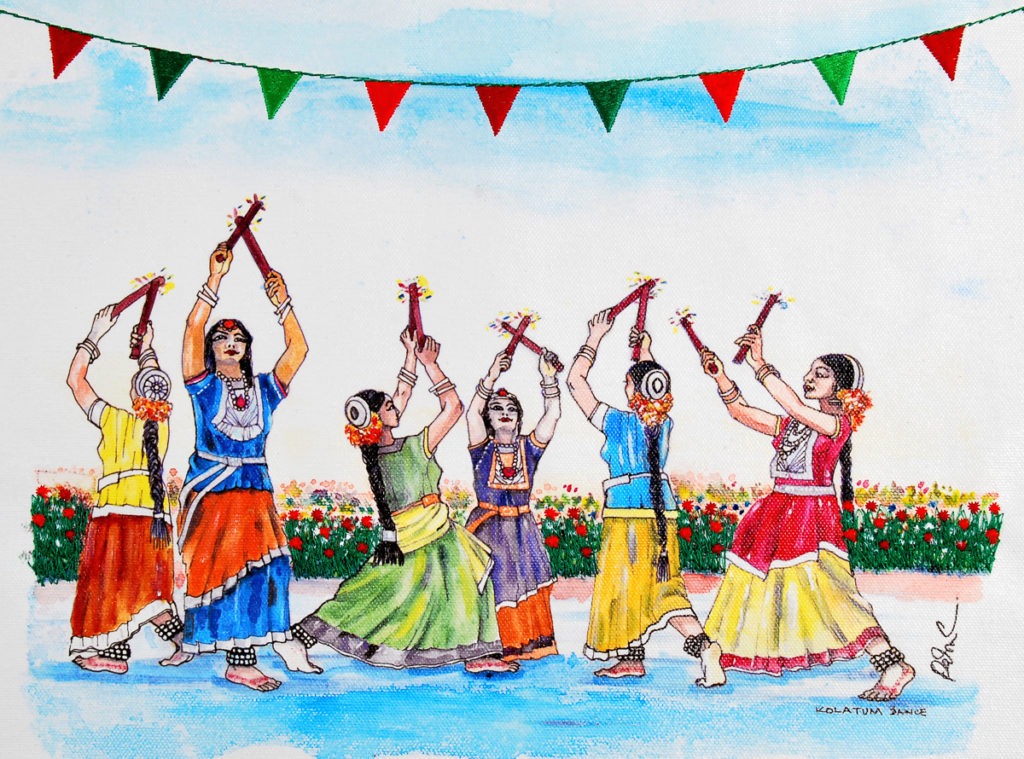 These include tilting of the body, intricate footsteps and hitting of the sticks in a specific pattern. Mostly female dancers, wearing colourful saris, perform this dance.

During the dance performance, the musicians play typical South Indian instruments like the Mridangam, a drum, and the shehnai, a clarinet, to accompany the religious songs. 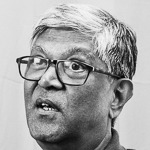