When there’s nowhere left to turn: The need to support Indian village crafts 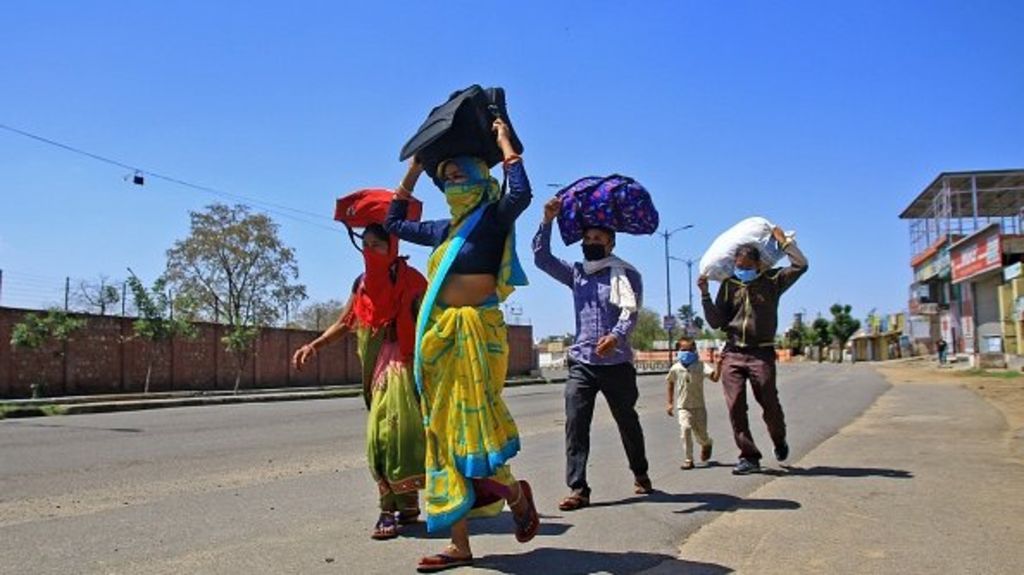 Ashoke Chatterjee issues a call for support to help India’s artisans cope with the unprecedented crisis of a national lockdown.

The current crisis demands that we pay careful attention to the context of ignorance and neglect within which the craft crisis is unfolding. It is becoming clear that our real problem is the dominating pattern of “development” that has taken over our country—a pattern that mistakes statistics and infrastructure as “development” rather than the wellbeing of the vast majority of our people or of the environment that shelters them.

It was this dominating pattern which a decade ago rejected our efforts on behalf of the sector as a useless endeavour on behalf of a “sunset industry”. As we look back, we can see the neglect of rural India and its potential within this pattern. Artisans were being discounted because rural India was being discounted. With it came an acceptance of migration into urban slums as an indicator of”‘progress” for the millions—artisans among them.

Today their blistered feet, suffering and death on our roadways tell us exactly what they think of the uncaring cities to which they had journeyed in the hope of survival. As we look at what each of us can do to alleviate immediate suffering and build a more sustainable future for “handmade in India”, we may also need the patience and the application for greater homework to understand the context of the mess we are in.

We cannot succeed alone. We need to be part of an alternative paradigm that goes beyond craft or any one sector. This communication is an attempt in that direction, drawing on what has happened over the past two weeks. Your particular attention is invited to Prof Krishna Kumar’s piece on the Indian village, which has appeared in The Hindu April 23 and is an eye-opener and which draws attention to the situation of artisans within the rural context.

Another important document has come from Ruchira Ghose: a policy insight on the impact of the lockdown on those who are most vulnerable, by a team of economists that includes Prof S Subramanian (retd Madras Institute of Development Studies) who was part of the IIMA/NID volunteer team that almost 50 years ago joined artisans in Jawaja in an experiment toward rural self-reliance led by the late Prof Ravi Matthai, so significant and revealing all these years later. 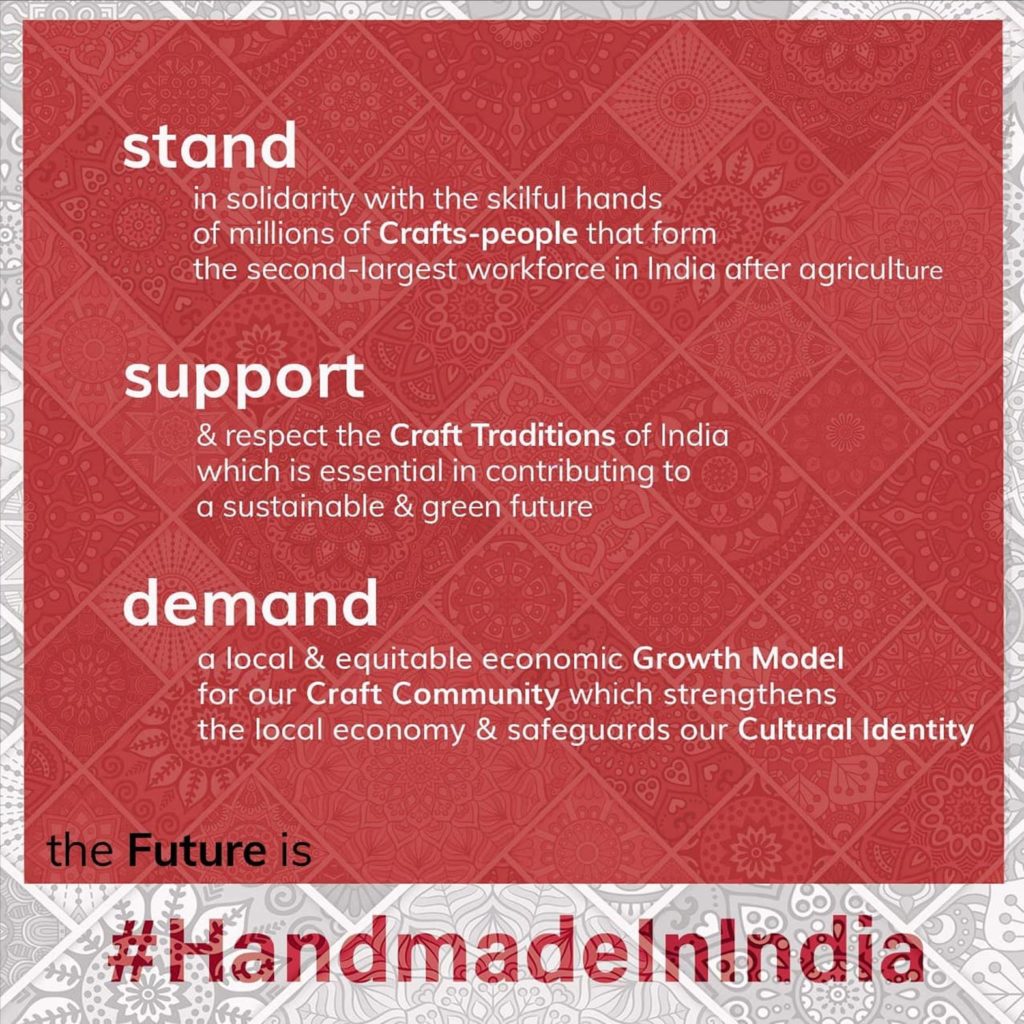 Some will have received the above poster sent out by the NHHF group, translated into several languages, and already welcomed by artisans as a significant boost for morale and hope in this difficult time. Please use it and share it. 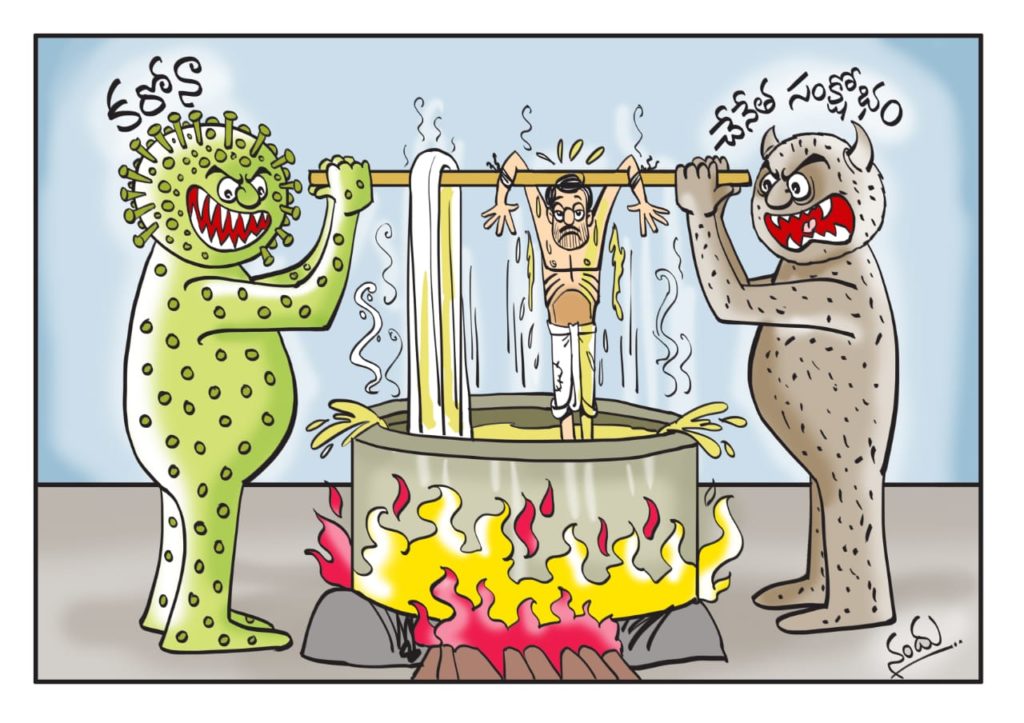 The crisis is powerfully captured in a cartoon from AP shared by Mohan Raoji. In it, the Indian artisan is seen caught between two devils: the Coronavirus and official neglect.

Over the past few days, colleagues have brought attention to this situation in mainstream media. Following her article in the Indian Express on April 16, Jaya has written another piece for the Business Standard April 25. She also draws our attention to a letter to the Prime Minister by Sundeep Bhutoria in which the need for priority attention to artisans and crafts is made in the context of the future of Indian tourism, a dimension of the crisis to which the Tamil Nadu Artisans Welfare Association has also drawn attention on behalf of 1.5M members. Laila has written for The Hindu April 24 which several have commented upon.

Shibani organized an on-line review of the situation through Baaya Design on April 18, which is to be followed by a Baaya Design webinar on Thursday April 30 with a focus on immediate market implications.

Association of Designers of India organised a webinar on the sector’s challenges on April 24, in which Laila, Neelam and Dr Toolika Gupta were among the discussants.

Against this backdrop, many are addressing the crisis in a variety of practical ways. Following my communication of April 14, Dr Toolika Gupta has shared with us the IICD response to the current crisis, including both relief supplies and work opportunities. Gita indicated that Trifed reports Rs100cr of unsold stocks and is releasing Rs500cr now to get support to tribal families in remote forest areas, and is working with 16 technical institutions toward building marketing capacities within tribal communities. Sreya has shared with Delhi Crafts Council an AIACA list of some 30 craft clusters in need of relief, and this information has communicated to CII. DCC and AIACA have reached out to women weavers in Kota in need of nutritional relief. The NFHH Delhi Group mentored by Mohan Rao has been drawing attention to relief requirements of weavers in Andhra Pradesh and elsewhere. Rajeev and the Asian Heritage Foundation have been raising support for AHF relief work on-going in West Delhi, Jharkhand, MP, Bihar, Telangana, Rajasthan and West Bengal. Ghatit has shared with us the experience of the recently-formed Kutch craft collective, through which five groups have come together to recommend what needs to be done in the COVID 19 context.

Laila has shared a summary of official guidelines for managing the pandemic, while recommendations from Industree were included with the April 14 note. Radhi informs us of an initiative from the World Hope Forum with its aspirations for design responsibilities in a post-COVID context, while from Australia, Kevin Murray of the World Crafts Council – Australia informs of us of a pandemic impact study being prepared for Oxfam, in addition to ideas about e-commerce and other innovations that can respond to the pandemic.

Of significance last week was Prasannji breaking his 8-day fast in Bangalore, undertaken to draw attention to the suffering of migrants and to the need for India to reflect on its responsibility toward the village and local economies, which he describes as India’s”‘Sacred Economy”. This belief brings us back to Prof Krishna Kumar’s wisdom.

The most immediate actions, in addition to essential relief supplies and masks, that emerges from these past days is the call from Laila, Jaya, Gita and others for urgent attention to functional, cost-effective, value-for-money handmade products of everyday use that can be promoted with Govt agencies, corporates and the public to give artisans work for a market that will be impacted by changes in demand and in the ability to purchase.

High-end crafts may take longer to recover and we need to build a market for what may be a frugal spell. Festive celebrations will always be with us, but even these might need to be scaled to what will be affordable. Even when markets resume, it may not be business as usual. Huge changes seem likely and the sector needs to prepare and be nimble. NID, NIFT, Srishti, IICD, IIT/IDC should all be a part of this design movement to segment markets, build new markets and find the opportunities from the ground up.

It is almost a decade since some of us came together to draw the Government’s attention to the neglect of India’s great craft advantage and found ourselves face-to-face with the “sunset industry” syndrome. We have been battling that ever since, and the resistance we have had to encounter demands an understanding of context: of how the crisis in craft is part of a much larger crisis, one that regards progress as statistics and infrastructure, not as human wellbeing.

Who would have thought that it would take a killer virus to underline the urgency of the arguments we have been making all these years, often to deaf ears? Surely it is significant that we have nothing—repeat nothing —to share as news of official outreach at this time to millions of artisans other than references to “the unorganized/informal sector”. So do get the poster out to as many as you can! We need to be heard, and for artisans to be finally identified in their own right.

Also listen to our podcast interview with Ashoke Chatterjee:

A map for the embroidered garden
The fragrant myth of Parijat
Male: The act of flowers
Kanta Kadse ✿ Khajur ki pattiyo
The Firebird Rises: Story-making
Fashion from silent Indian cinema: The blossom of the cobbler's flower
The power of wedding adornments
Jodhaa Akbar: A love story tailor-made for today