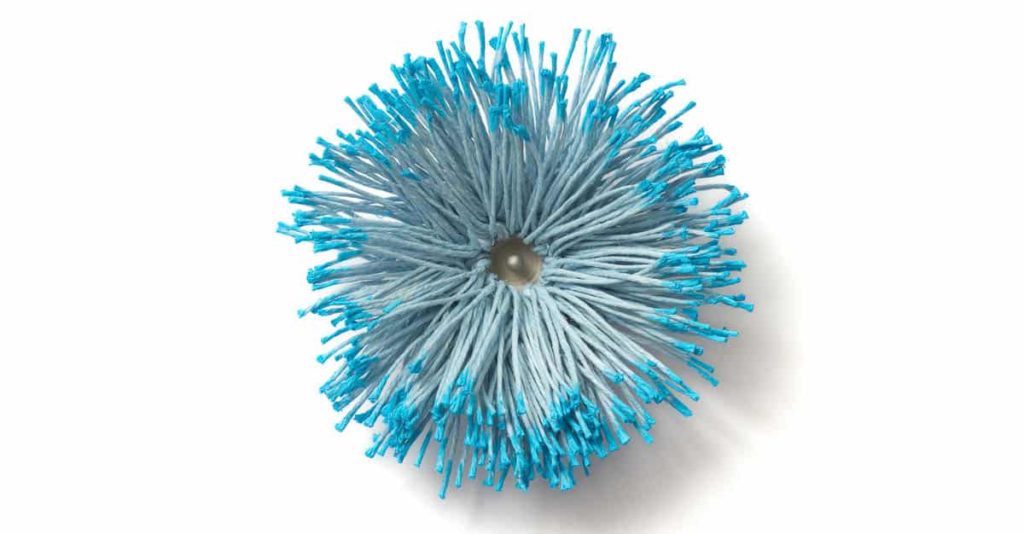 Mark reflects on the experience:

“During a break in filming, Vicki showed me through some small boxes of photos she’d taken in Spain on a study trip. She described how particular things she had seen there had influenced her work, some architectural and some from nature. The brooch she made on the day was inspired by the wattle flower, or to be botanically correct the wattle inflorescence, where each filament of the tuft is the stamen of a separate flower. We filmed all day in her small studio, and she helped me build a small platform outside so I could film her through the window. It would have been nice to chat some more about plants and art when we were done, but we both had to get elsewhere.”

“I love the film Mark made. It’s all so close up and the lighting is lovely, like an old masterpiece, lots chiaroscuro…. very wintery and dark. We talked about the colour in my work (the fibres, fabric pens, powder coating etc) and yet much of the colour is sort of washed out in the film. It was interesting that he sought to present a reading and colour palette that gave his voice to my work, I liked this a lot. The compositions are wonderfully wonky….. great diagonals and interesting shooting angles and the hands…. wow the hands are the stars. Mark captured where a jeweller sits all day so well, we spend a lot of time at our benches and this small space is where it all happens a lot of the time. We had fun. I really enjoyed gaining an insight into his world, kit and thinking.”