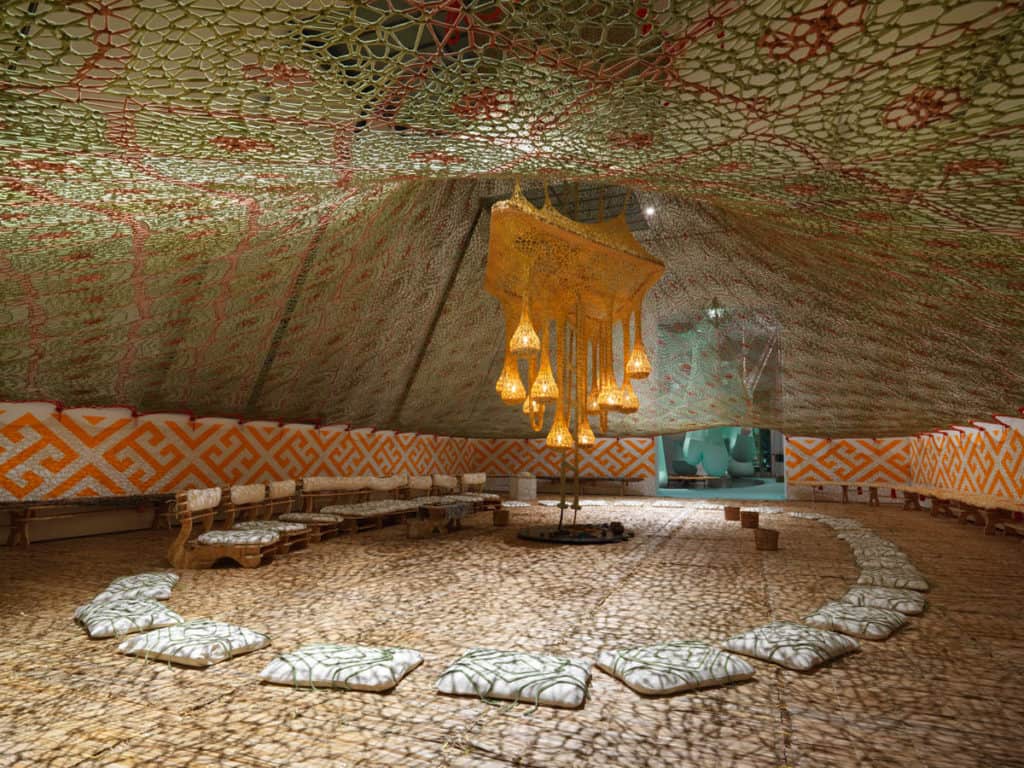 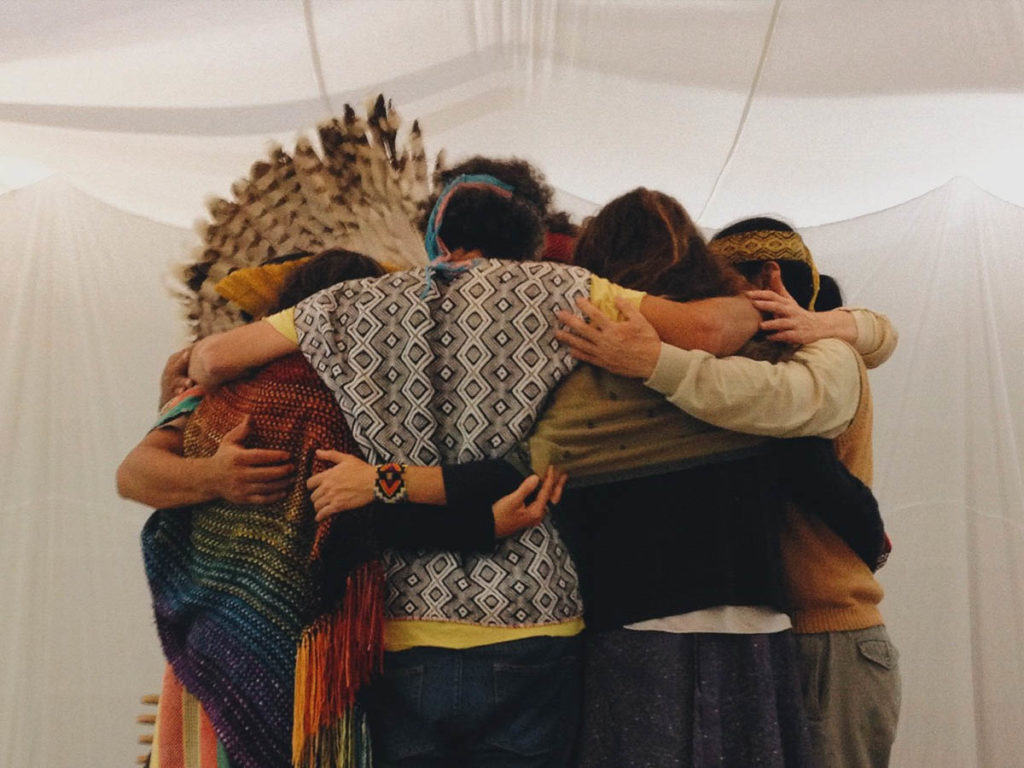 Ernesto Neto, Leopardo Kaxinawa and other participants of the ritual in the installation “In search of the sacred: Jiboa nixi pae.” Tomie Otahke Institute, São Paulo, 2014. 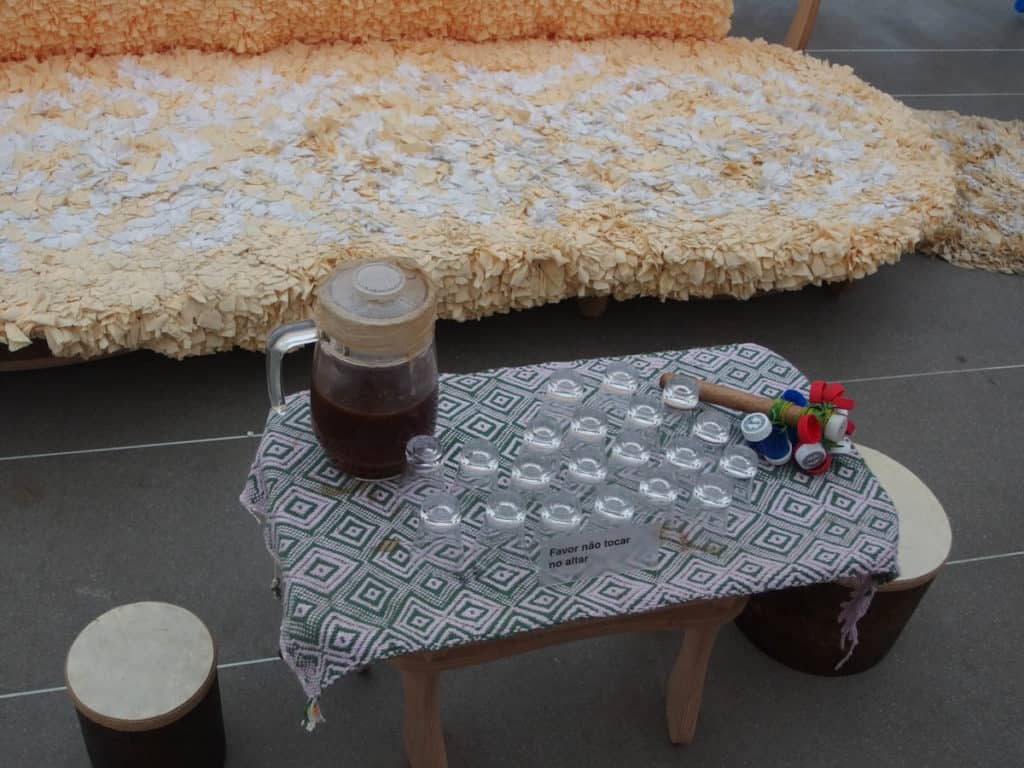 We hear grim news from Brazil with the election of its right-wing politician Bolsenero and new policies that reduce rights for Indigenous peoples and open up more of the Amazon to development. So it’s refreshing to share a story of an artistic collaboration between a Brazilian artist Ernesto Neto and Huni Kuin artist Ibã Sales.

Ernesto Neto has been working with shamans since a show at Guggenheim Museum, Bilbao, in 2014. In 2015, he built a Huni Kuin meeting house for the exhibition “Aru Kuxipa | Secret Sacred” at Thyssen-Bornemisza Art Contemporary (TBA 21). His work includes a suspended installation for visitors to walk through which takes the form of a serpent, evoking the boa constrictor and ayahuasca in Huni Kuin cosmology.

In a recent chapter, Goldstein and Labate describe the scene:

This penetrable space, filled with light colors, with seating on the floor, and the smell of carnations, provided a rich sensory and bodily experience. The gallery took the form of a boa constrictor, with the entrance through its mouth. The fabric hem surrounding the boa was lined with colored bottle tops that made a sound like a seed rattle as people brushed past, like the one suspended in the center of the boa-tent. Colored bottle tops also formed a maraca gourd rattle on a curved marble table on which a bottle of ayahuasca was placed.

Ilana Seltzer Goldstein & Beatriz Caiuby Labate. 2018. “From the Forest to the Museum: Notes on the Artistic and Spiritual Collaboration between Ernesto Neto and the Huni Kuin.” In The Expanding World. Ayahuasca Diaspora, edited by Labate Cavnar. London: Routledge.

The spirit of Japanese mingei in Brazil
Christus Nóbrega ✿ Remaking the past with lace
A post-digital threat out of the labyrinth: Christus Nobrega review
Welcome support for world knowledge-keepers: The Ministry of Indigenous Peoples ...
Beyond the ethnographic turn: rethinking art and anthropology in Florianópolis, ...