Fishing for future love in Laos 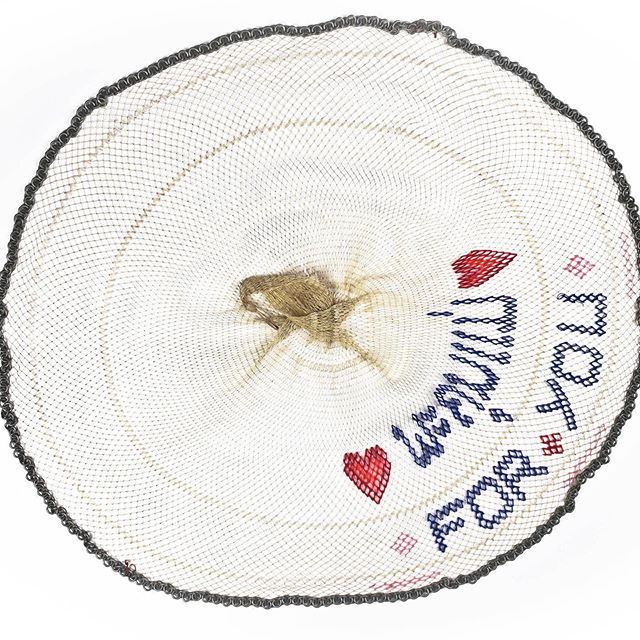 In keeping with the “craft of love” theme, our March laurel goes to a Lao fisherman, discovered by Samorn Sanixay, who crocheted a net for a future wife.

Part of what I do is share stories of traditional craft, for the love.

Artisans and craftsmen often tell their stories through the products they create with their skilful hands. In Southeast Asia, weaving is done by women except for Ikat, but men are able to create exceptional crochet work. 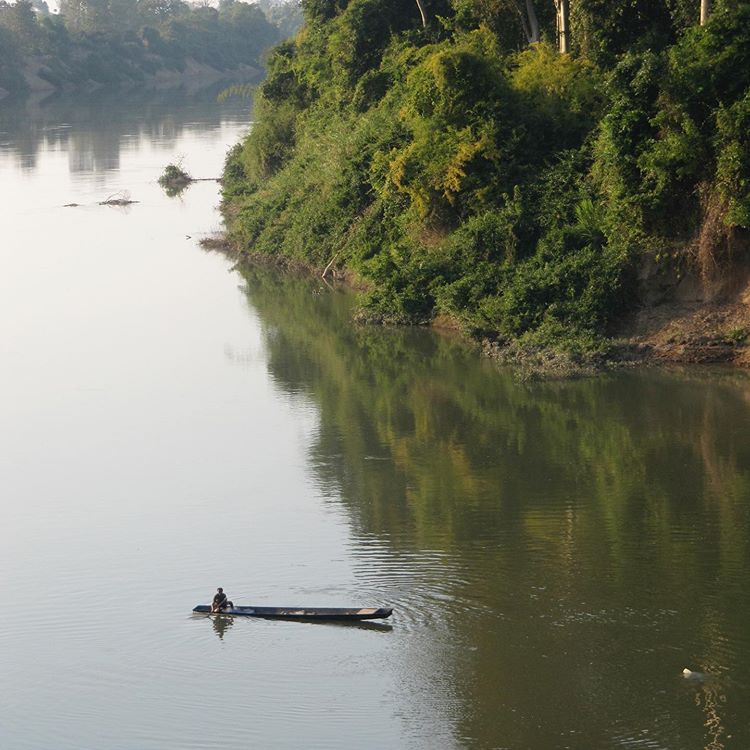 One day I was in Laos walking along the rice fields to the river and chatting with my granny. I saw a young man cast his fishing net into the rice paddy. It was a small one so I went to speak with him and ask if he could recast the net so I could see it. He told me he made it himself. It was small and made especially for rice paddies. In the old days when rivers and streams over flow during rain season, small fish swim into the fields and it’s a good time to go fishing.

The fishing net was crocheted from nylon and then metal was added to hold in down in the water. Into the net he crocheted the words “For you” and each time he cast the net he would say a little prayer and words of love about his future wife. He hoped she would bring good luck and some fish. 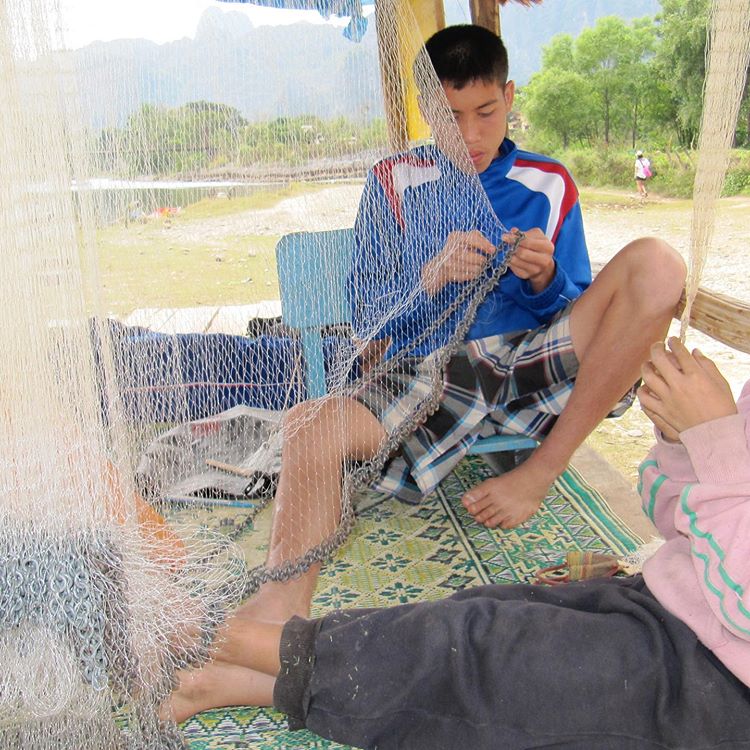 I thought this was so sweet and I asked if I could buy his net, he agreed. I made sure I compensated him for the time to crochet another net and to feed him for the rest of rain season.

The work and stories shared in Garland about traditional craft is important on so many levels, sharing stories of traditional crafts made by skilled artisans who probably made an item you’ve bought or something you’ve seen in a gallery but not understood the significance. Most of all Garland is an honest thoughtful platform for discussion about craft between east and west.

Samorn Sanixay is a textile maker, designer and artist based in Canberra and Laos. You can read a profile about her by Harriet Watts, visit her website Eastern Weft or follow her at @samorn_sanixay.