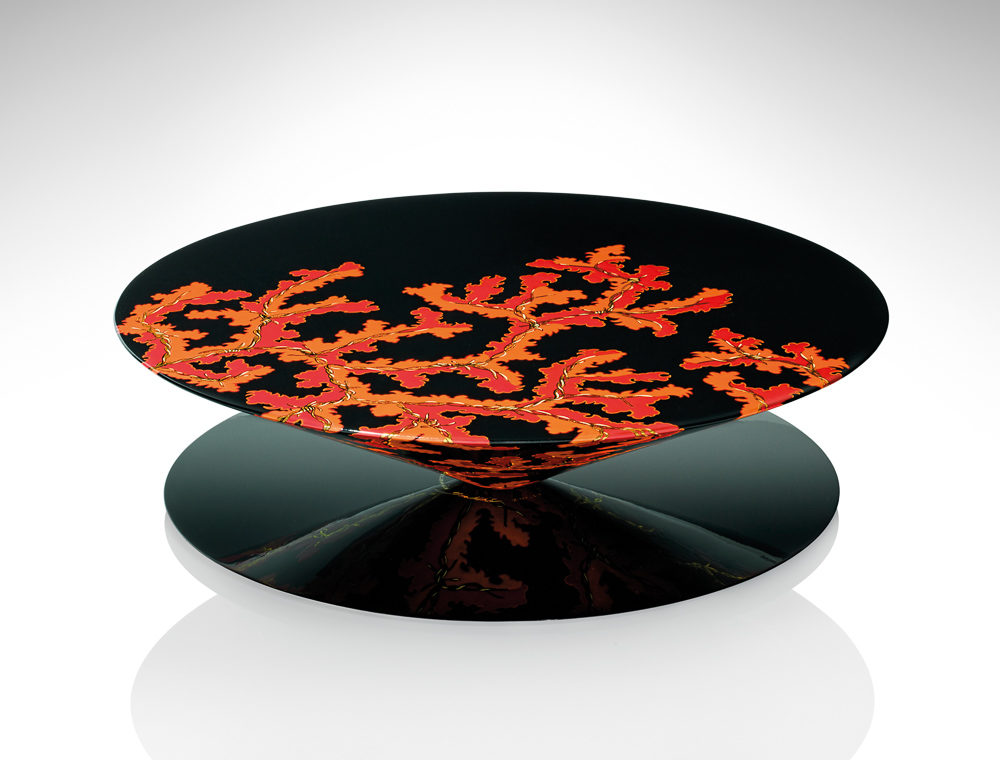 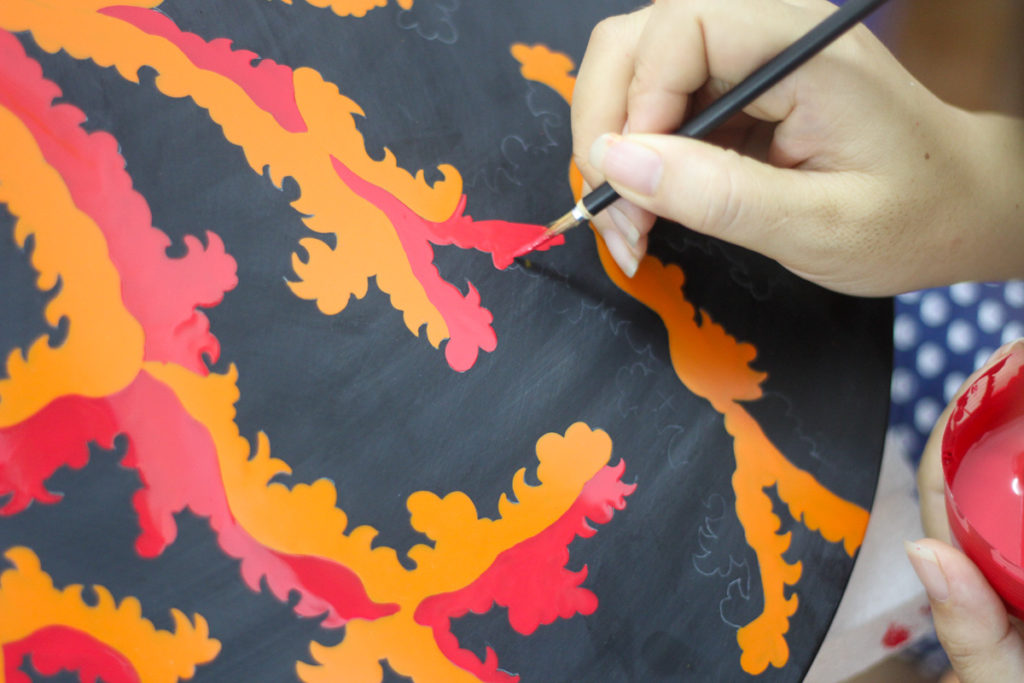 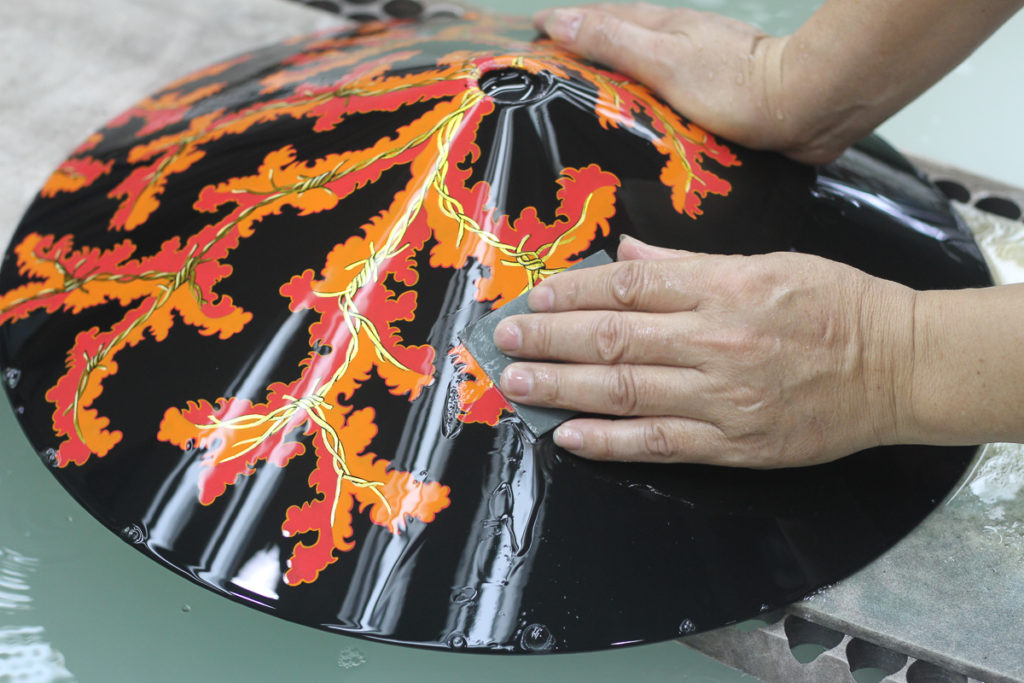 Our December laurel goes to Hanoia and Tran Nu Yen Khe for an object that uses the medium of lacquer poignantly to tell a story of deep history.

Hanoia is a company based in Hanoi and Ho Chi Minh City. It was founded in 2016 by the Openasia group and is currently led by Ms Tuyet Thanh, a young entrepreneur. Hanoia employs 300 craftspersons in Hanoi and Binh Duong.

Borderline resulted from a design commission of Tran Nu Yen Khe. Better known as a Vietnamese actor in films such as The Scent of Green Papaya, Yen Khe has a degree in design and interior architecture from the Camondo School in Paris. The Japanese writer Haruki Murakami encouraged her to pursue her design career after she helped with the set design in Norwegian Wood. She has developed gosoï, a collection of wooden furniture. 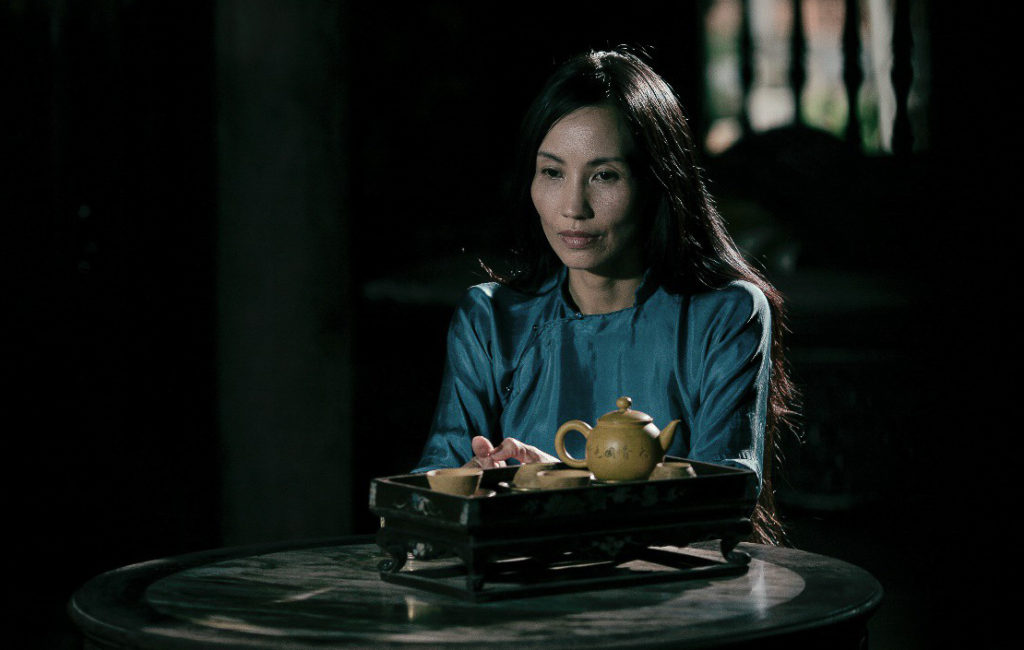 The design process took over three months and required daily Skype communication between the Yen Khe and the artists. ‘Borderline’ is based on the shape of the traditional conical Vietnamese hat, the nón lá. It also functions as a tray, featuring a vegetal pattern atop the lacquer background which hides a drawing of barbed wire inlaid with gold leaves.

Behind the scenes at the Hanoia workshop: 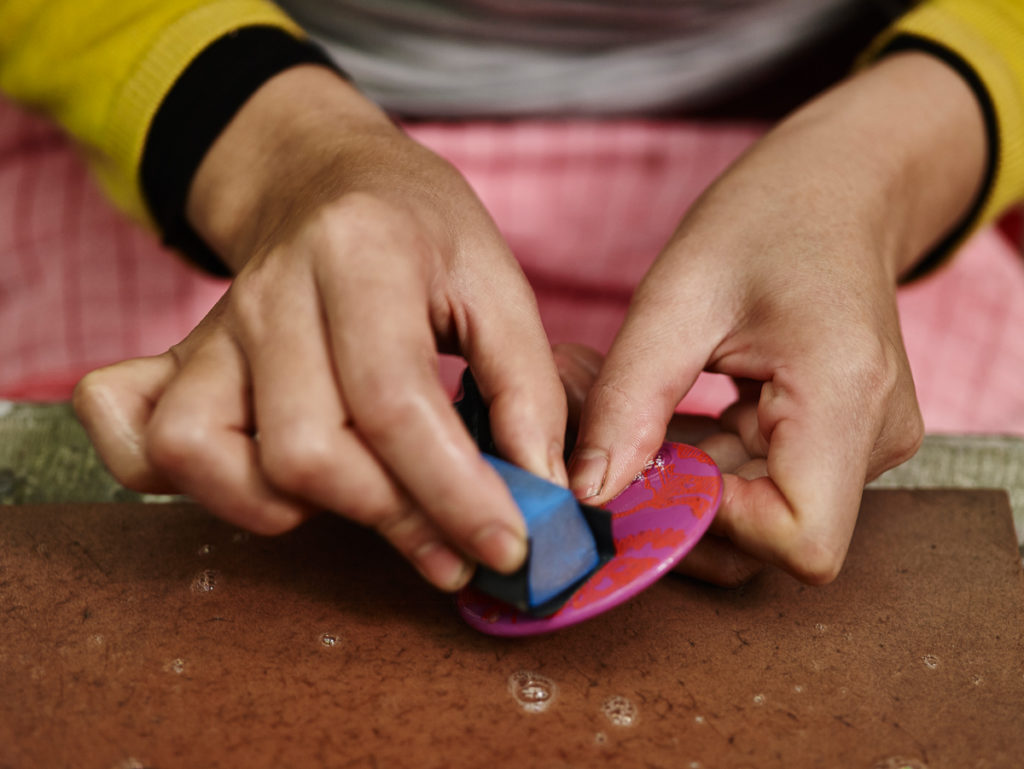 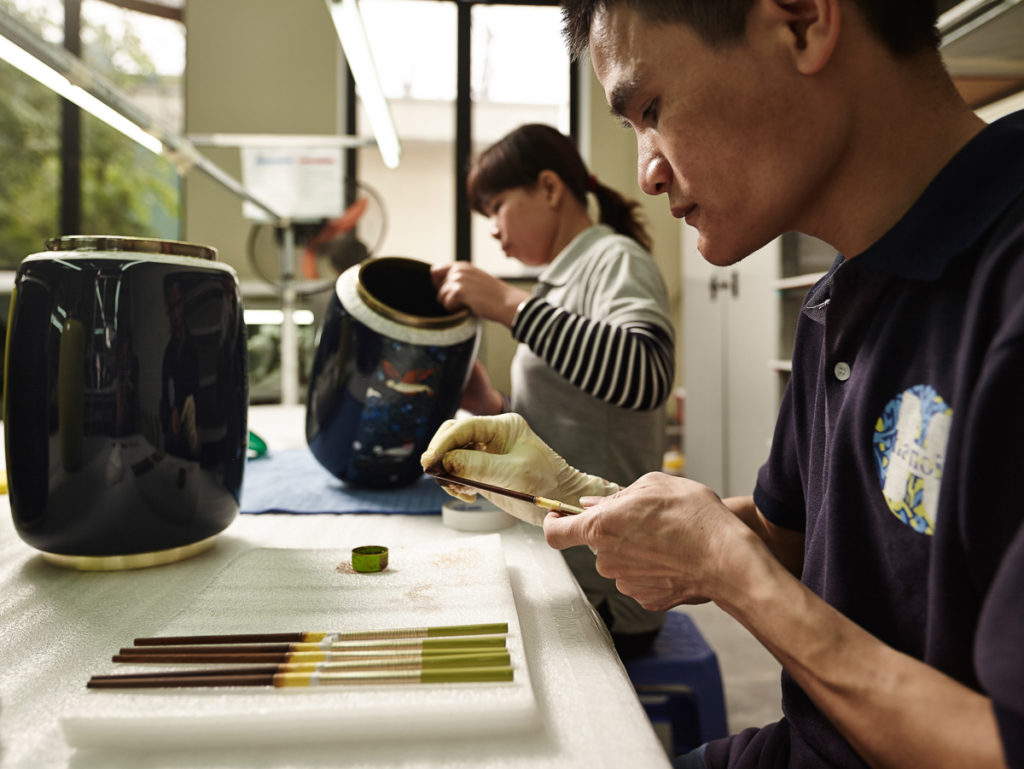 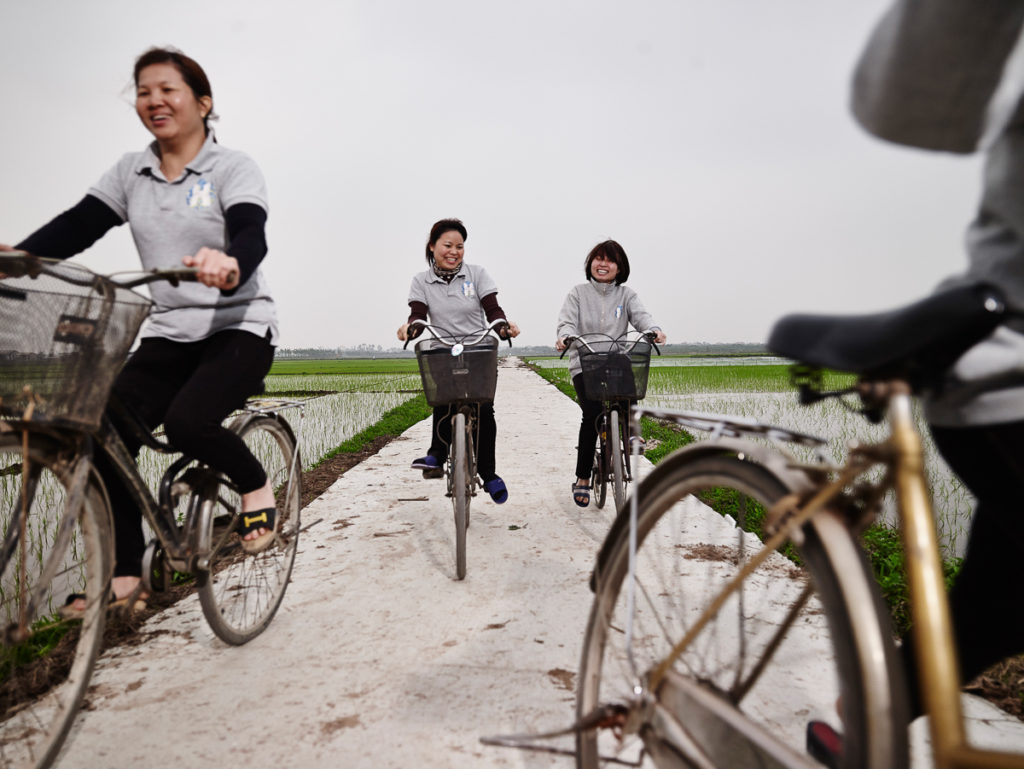 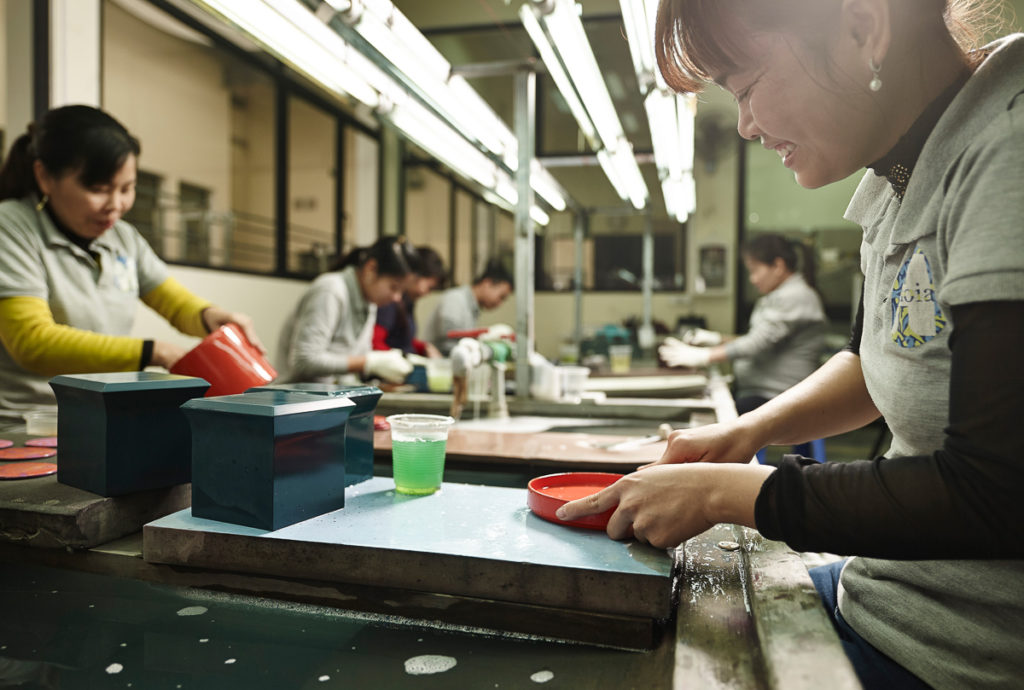 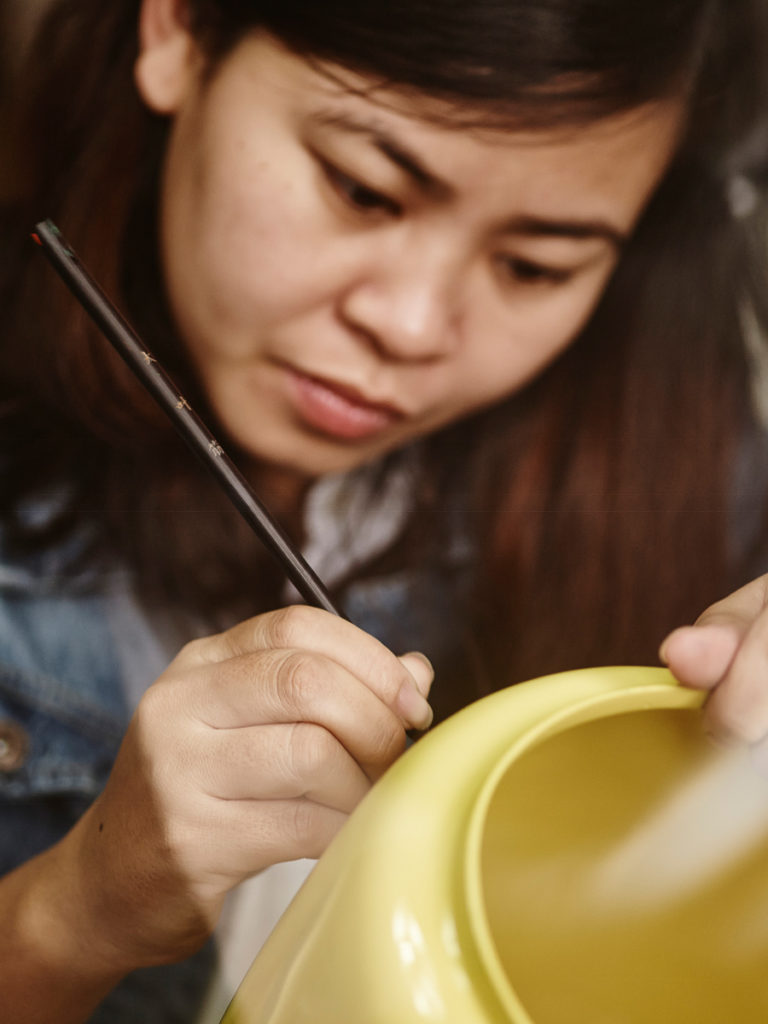 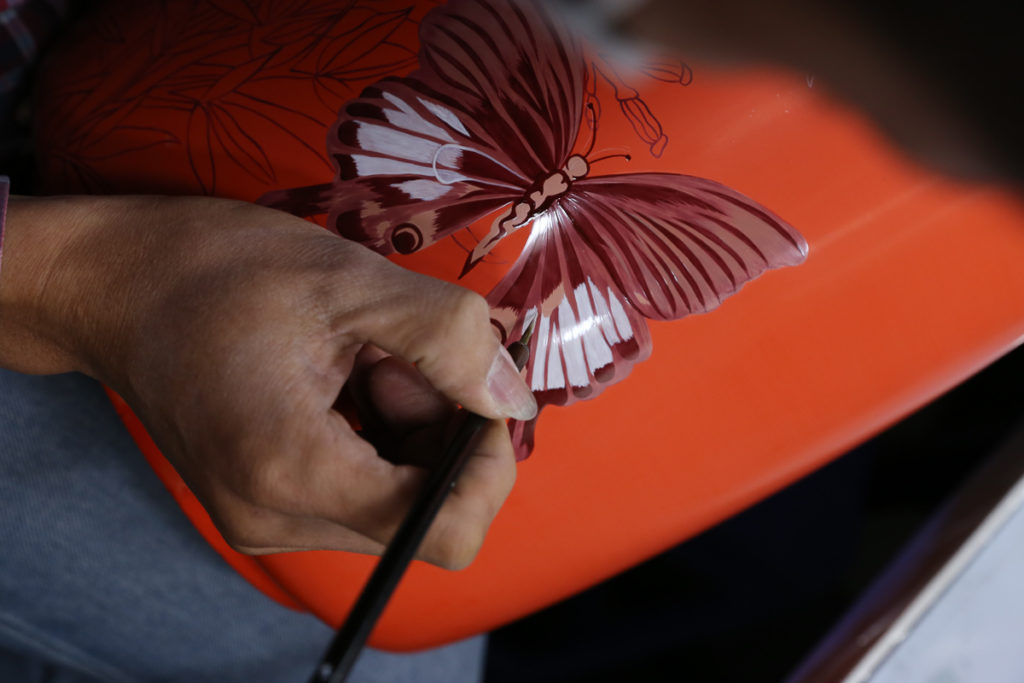