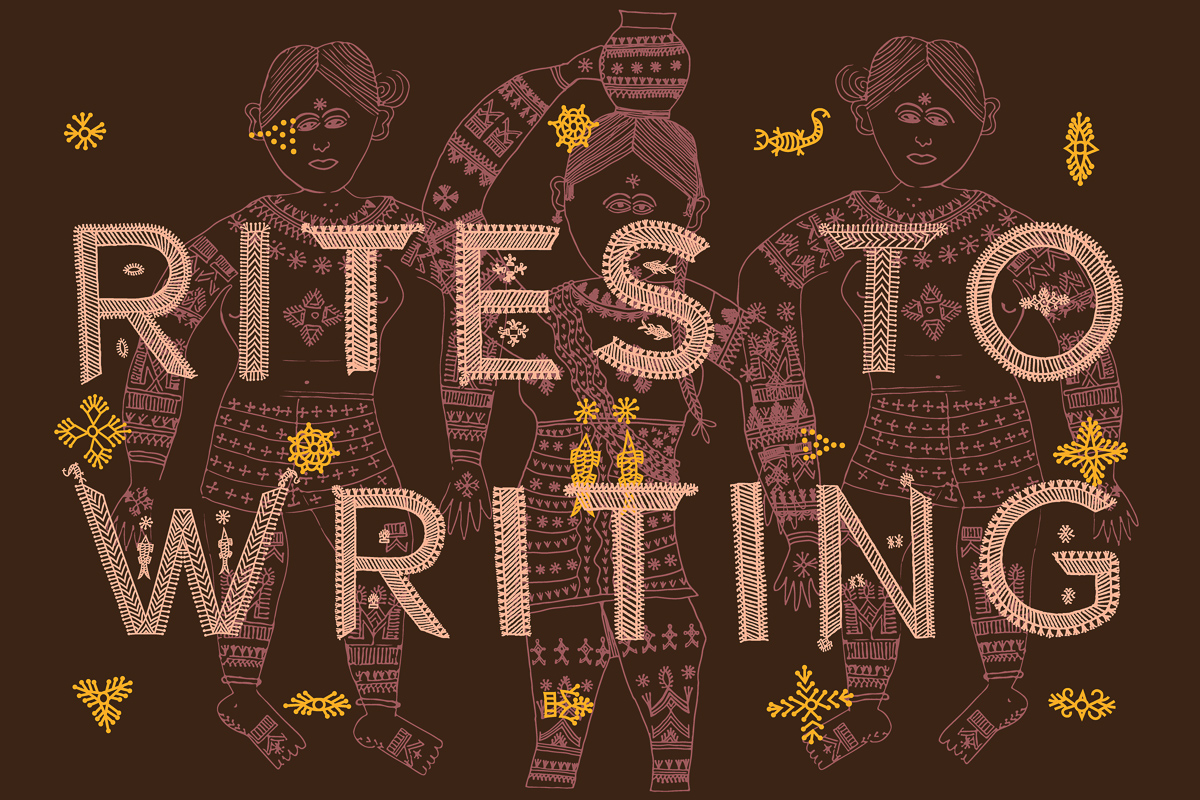 Indian graphic designer Ishan Khosla is presenting a model for creating typefaces from craft on 14 June 2020 at 1:30pm IST.

Launched in 2012, The Typecraft Initiative develops a range of display typefaces based on the rich crafts and tribal arts of India. Our primary aim is to provide opportunities for craftspeople to earn through the creation and sale of the typefaces and allied products. Typecraft is not just about making letters, though that is a vital part of what we do. A vital aspect of our mission is to use the workshops with craftspeople to instil design methodologies in them, and to allow for free-thinking, failure and the ability of independent thought in craftspeople, who in India are usually relegated to implementers and not treated on par with designers. We envisage a world where craftspeople will also be designers.

Rites to Writing: What is the value of letters embedded with cultural symbolism in today’s context?

Ishan Khosla, founder-partner The Typecraft Initiative will take you through how a typeface is made from a craft and what are the challenges faced and opportunities created through this transformation.

Ishan Khosla is a Delhi-based visual artist, design teacher, practitioner and researcher with an MFA in Design from the School of Visual Arts, New York.

Having returned to India after living in the United States for over a decade, Ishan is interested in exploring various facets of the contemporary Indian milieu through design. Whether it is to make a digital typeface from an ancient tribal art or an LED light for a primordial water ewer, he is interested in creating new juxtapositions in terms of material, time, function and culture. He is passionate about the value hand made crafts offer us both from a sustainability and socio-cultural context and his initiatives, such as The Typecraft Initiative explore the crossover between craft, design and tech by making digital typefaces from Indian crafts.

Exhibitions include, at Handcraft for the Digital: Type Design from India at Atelier Muji Ginza in Tokyo; BOLD — Graphic Design from India at London Design Festival; Crossing Visions V: The Ecology of Creation, at the Fukuoka Asian Art Museum, Japan; Fracture: New Directions on Contemporary Textiles, Devi Art Foundation; Make it New Again, NID, Ahmedabad; Common Ground at Gallery OED, Kochi among others. Works created for Porosity Kabari at Studio X, Mumbai in 2016 have been shown at Nishi Gallery Canberra | Australian Design Center, Sydney and Hawkesbury Gallery and as part of the exhibitions Matters of Hand: Craft, Design and Technique at the Serendipity Arts Festival, Goa and Continental Shift: Contemporary art and South Asia, Bunjil Place. Ishan’s work is in the permanent collections of the Fukuoka Asian Art Museum, Japan and the Powerhouse Museum, Australia.