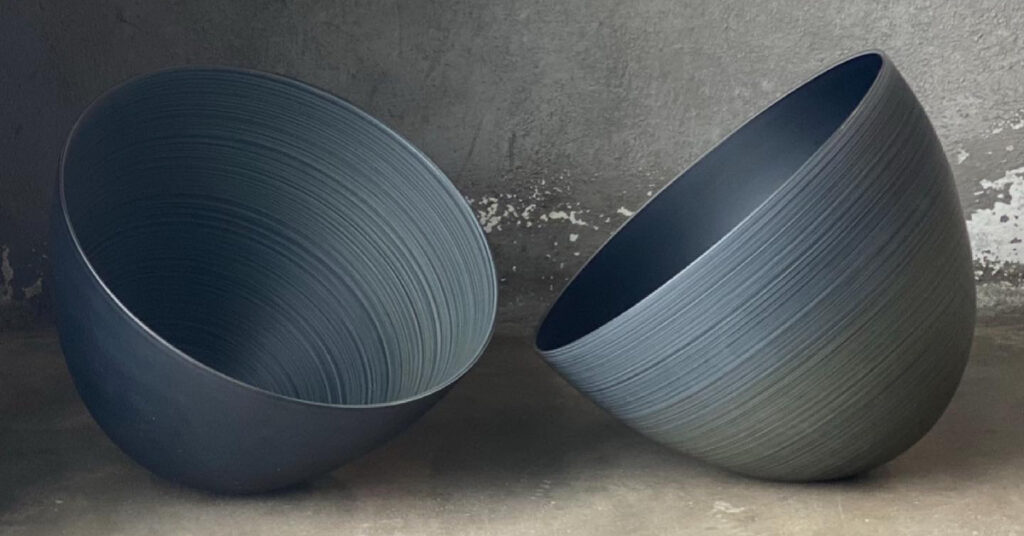 Our September Laurel is awarded to Mel Douglas for a majestic duo of glass vessels that seamlessly capture the motion of making.

The engraved lines on these objects explore the mass (convex) and space (concave) volume of objects through drawing. By using continuous reductive lines, on the interior, exterior and the space in between (substrate), I am mapping and defining space. By using the transparency, translucency and opacity of glass, I am exploring the boundaries between the outside and inside, suspending lines in space. 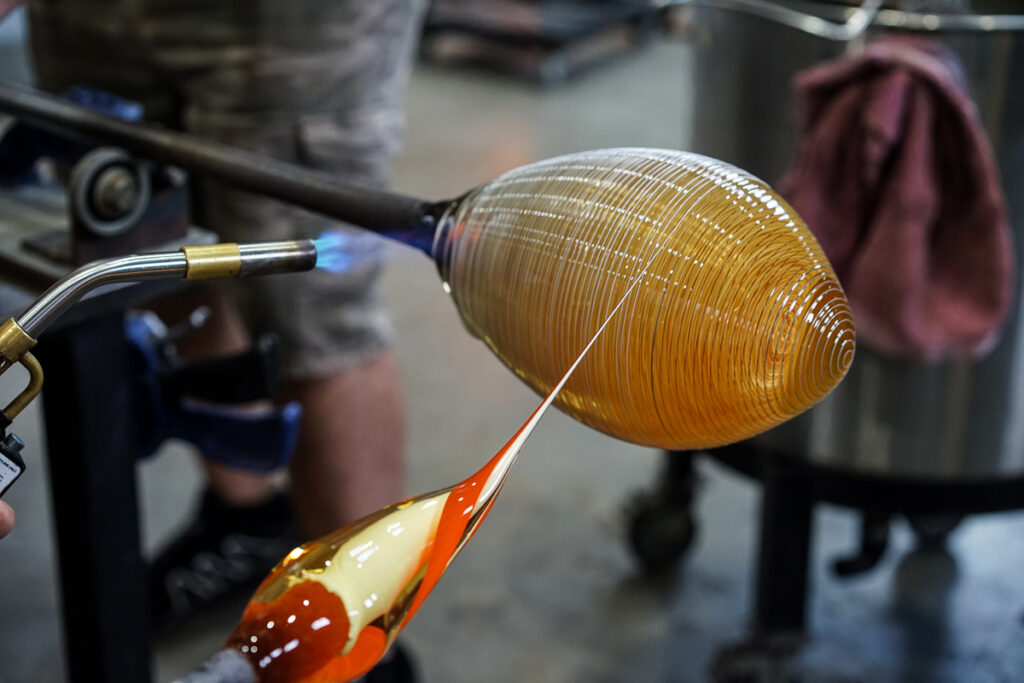 Objects and drawings are often thought of as two separate entities. My work explores and interweaves the creative possibilities of this liminal space, where the form is not just a support for drawing; but a three-dimensional drawing itself. Using the unique qualities of the material, and the rich potential of mark-making on and with glass, I am using line as a way to inform, define and enable three-dimensional space. 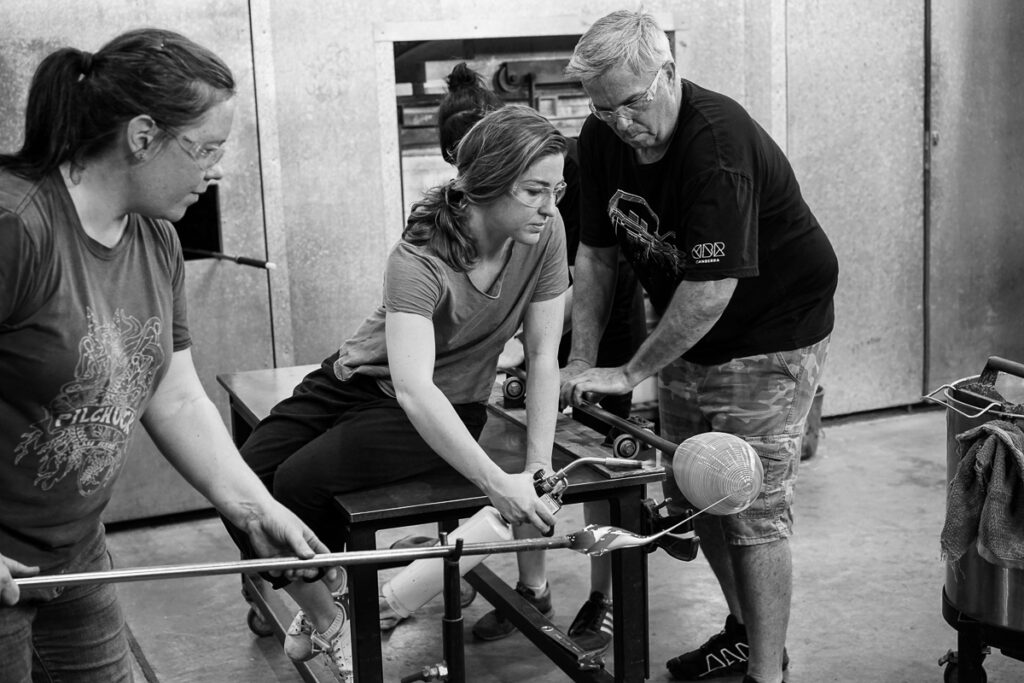 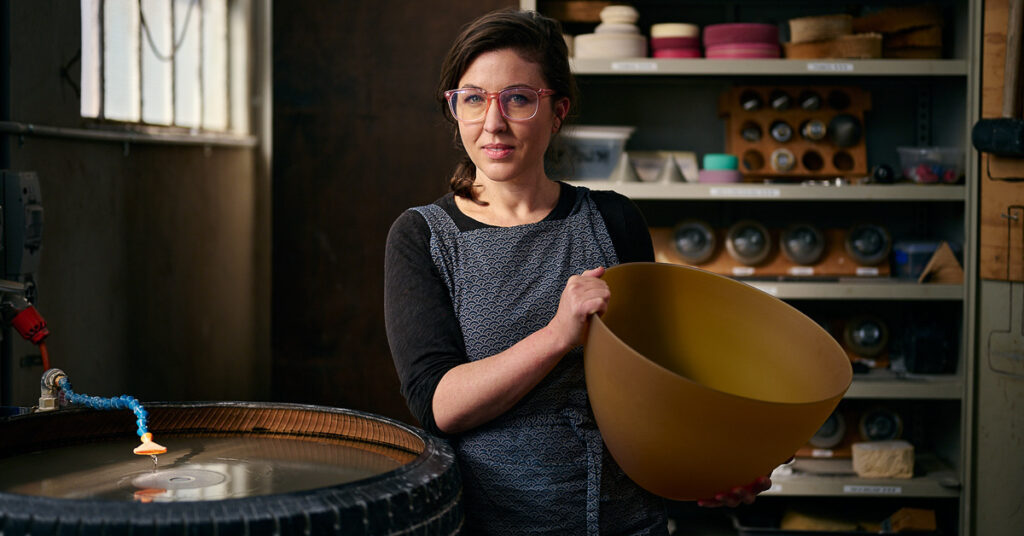 Mel Douglas has worked as an independent studio artist since 2000. In 2020 Douglas was awarded her PhD from the Australian National University for practice-led research investigating how studio glass can be understood through the aesthetics of drawing. In addition to winning the 2020 and 2014 Tom Malone Prize, a prestigious award through which a work is acquired each year into the collection of the National Gallery of Western Australia, Douglas has received several major awards including the Ranamok Glass Prize in 2002, the International Young Glass Award in 2007 from Ebeltolft and in 2021 she was selected as the Art Group Creative Fellow at the Canberra Glassworks. In 2019 her work was the inaugural acquisition for the NGA’s Robert and Eugenie Bell Decorative Arts and Design Fund. Douglas’ work is held in the private collections and public institutions internationally, including the Corning Museum of Glass, New York, the Chrysler Museum of Art, Norfolk, VA; the Ebeltoft Museum of Glass, Denmark, and National Gallery of Australia, Australia. Mel Douglas is currently the creative fellow at the Canberra Glassworks. Follow @meldouglasglass