My own private mosque ✿ Clay activation by Varuni Kanagasundaram 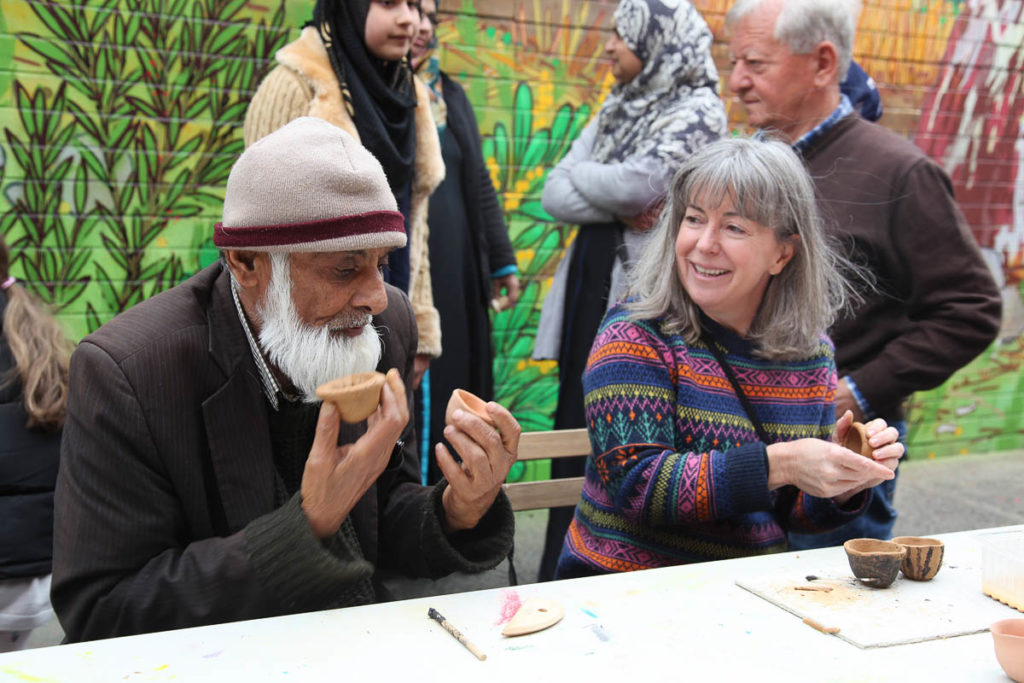 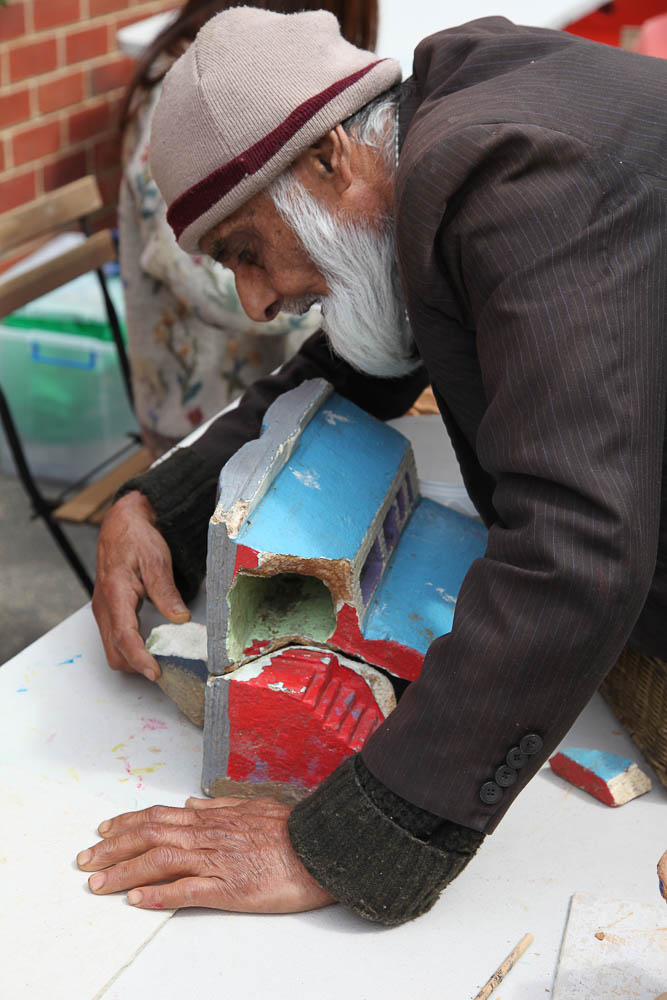 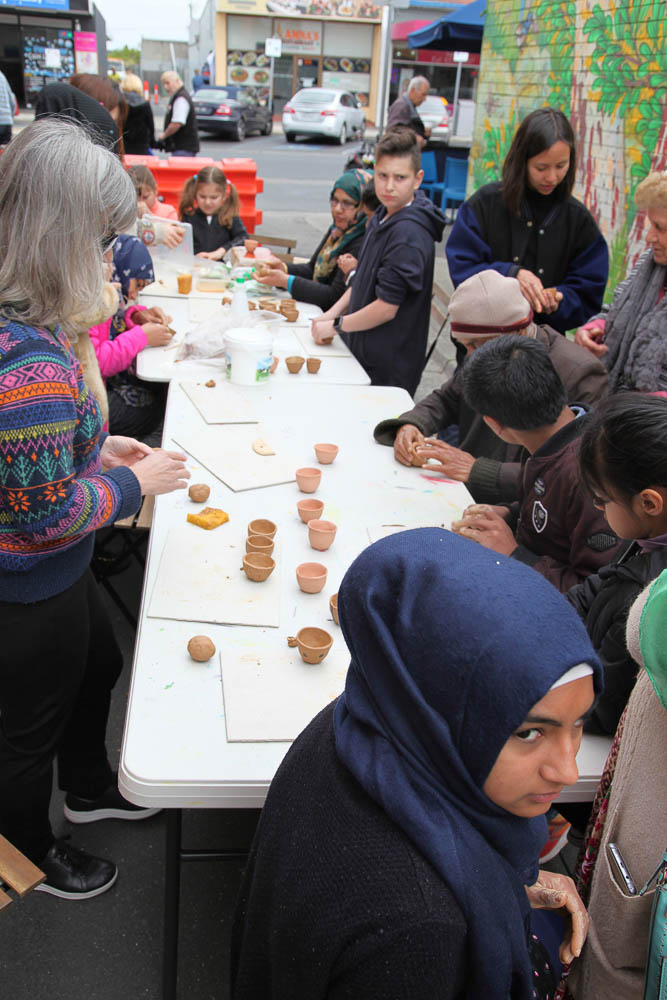 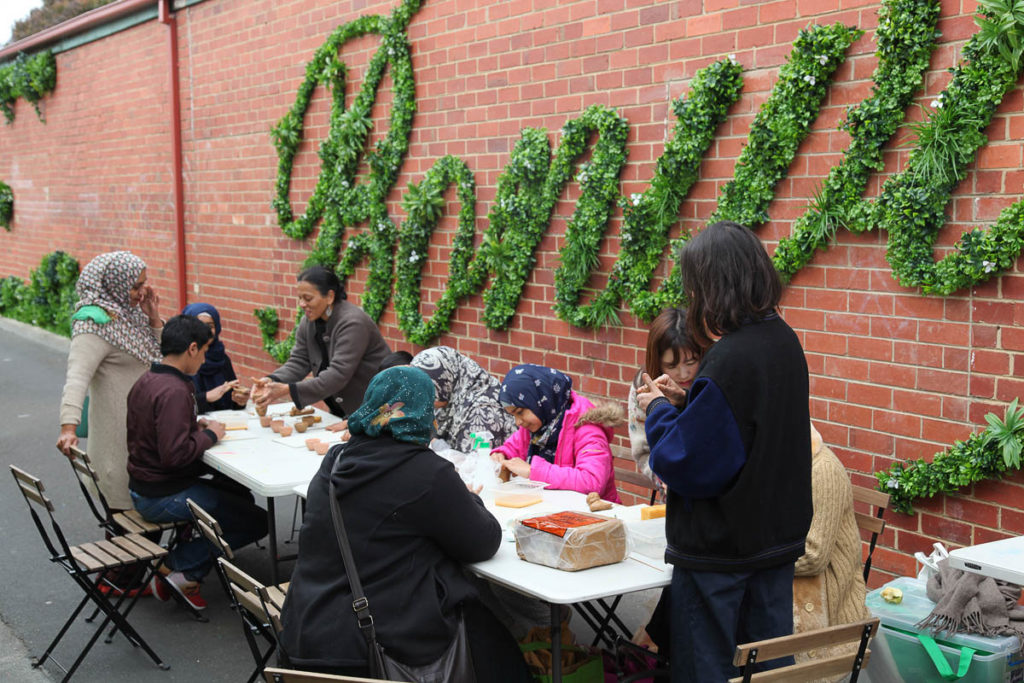 Varuni Kanagasundaram is a ceramicist from New Zealand of Tamil origins currently doing PhD at RMIT School of Art. Her focus is on the ritual decorative practices like kolam that she attempts to incorporate into a studio practice. Here she reflects on an incident from a recent workshop where she came across a unique expression of clay as private devotion.

A laneway activation in the North of Melbourne in preparation for a public art exhibition brought together people from diverse cultural backgrounds, gender and age groups together. There was spontaneity of gathering around a table to make chai cups from clay and sharing stories whilst making.

One of those treasured moments came from the man who was describing his life in Pakistan and now in Melbourne. At one point he got up from the chair and said with a purpose in his voice for us not to go away and that he was going to pop around to his home just five minutes away and that he would be back. He returned carrying an object in a cardboard tray. The moving moment was when he took the object out of the box and described its creation.

He had made the architectural object approximately 10 years ago out of concrete, describing a doorway entry leading “into big hall, then you go up the stairs” on the outside into another big hall “inside and windows for air”, his hands doing the guiding. The creative work is a “double storey mosque” and behind the most key feature that supports that space was the “open book” of the Quran. The thoughtful consideration of spaces that was able to invite a viewer to see how one communal sacred space leads into another. The vibrancy given to the different spaces and the most beautiful of all, the open book of the Quran being the feature that supports the sacred spaces, captured the essence of the intent.

Whilst painting the object he said it fell from his table requiring some repair and he had kept it to complete it one day. We exchanged a few ideas. This moment would leave a lasting memory in all those who witnessed the story as it did me, a sharing of meaning in making.