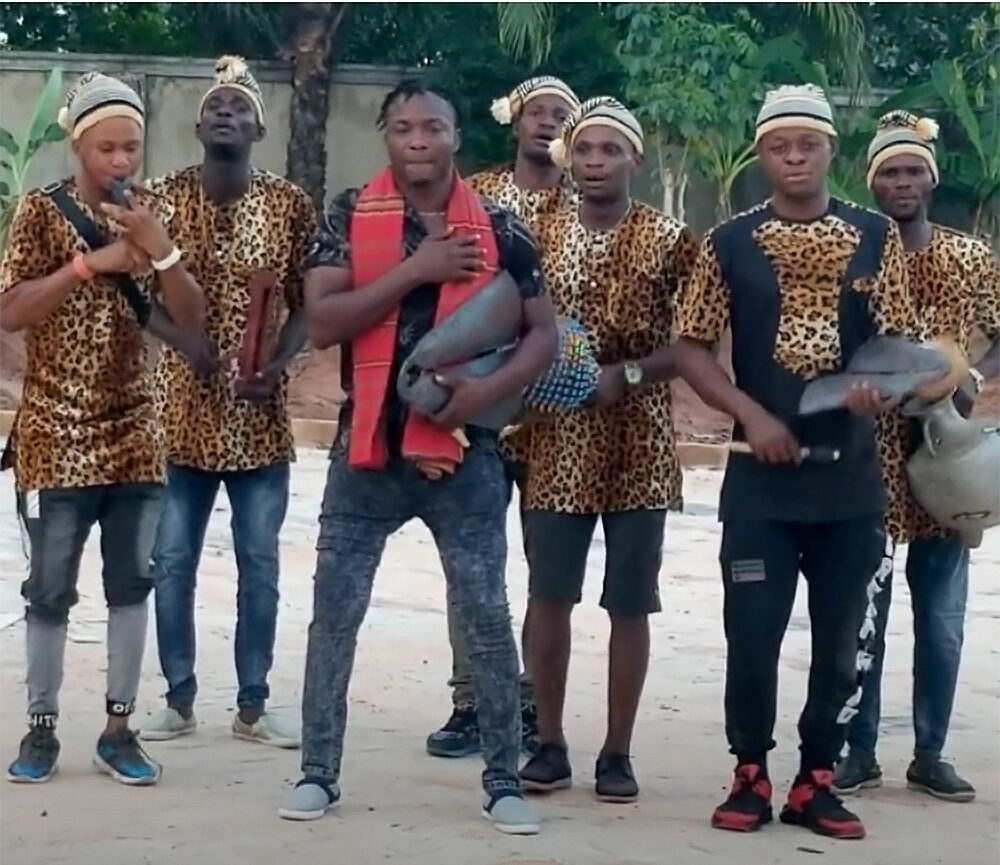 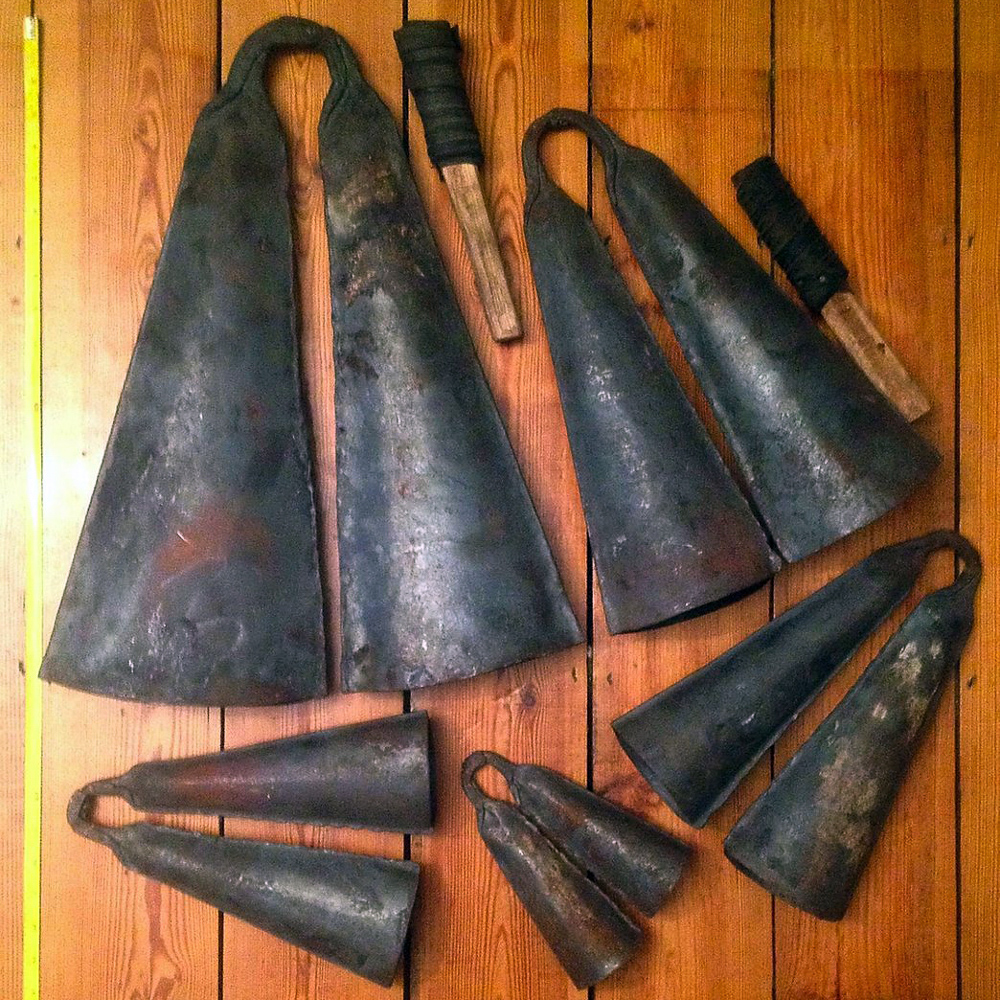 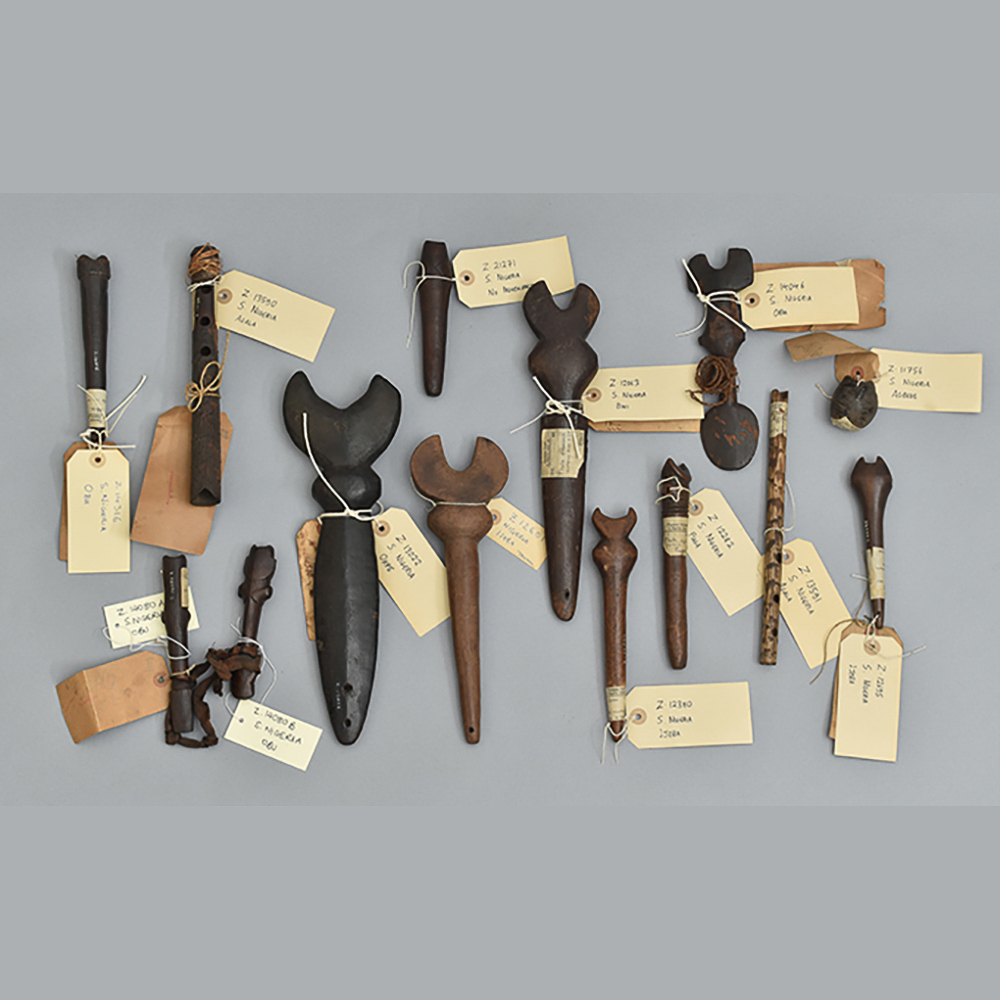 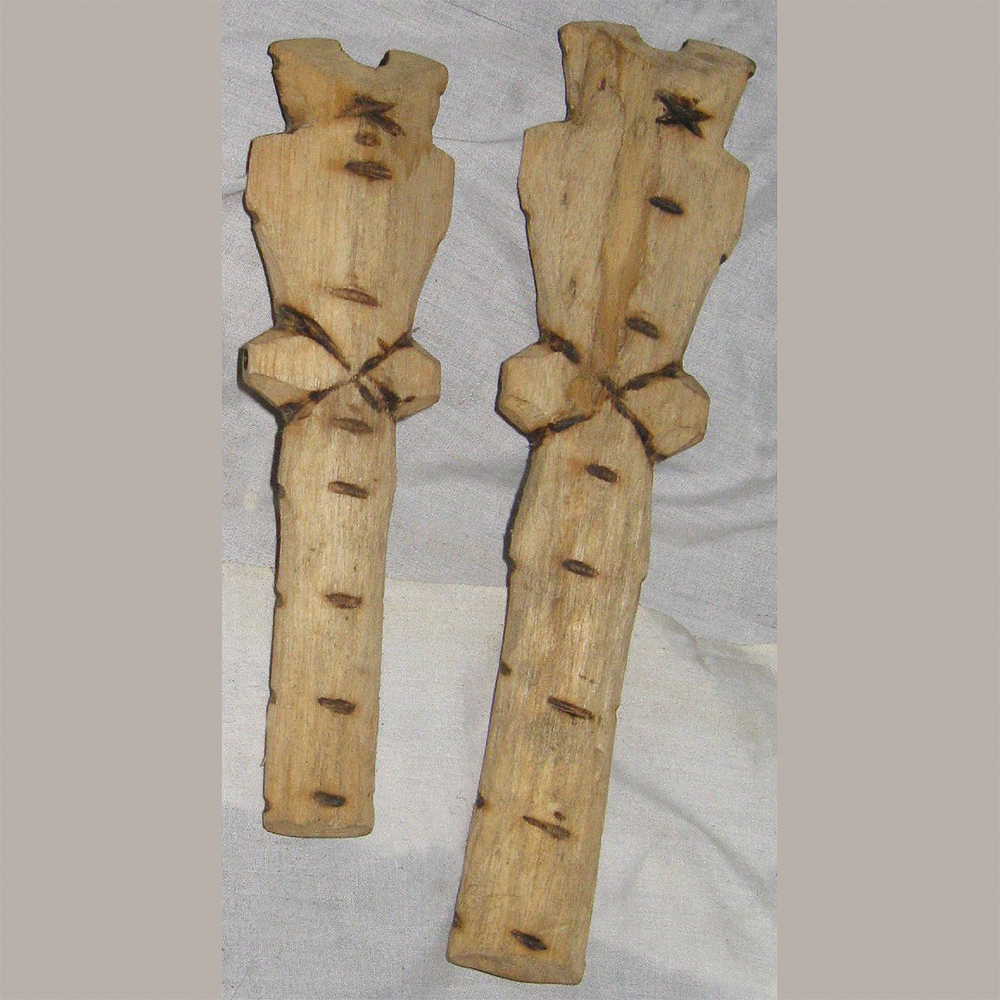 For the second instalment in #africamade_n_played, Gary Warner is inspired by the flirtatious whistling and clanging of the Igbo crew, Ejyk Nwamba.

Ogene, what a sound! Ogene music is a dynamic performative ensemble form distinctive to the Igbo people, language and cultural practices of today’s south-east Nigeria. Named for the ogene bell, one of the central instruments to the form, ogene music encompasses rich call and response songs of marriage, praise, police and military encounters, moral and political situations, birthday celebrations, dedications and funerals, proclamation poetry and more. Recently, COVID19 has been a subject of attention.

The other vital instrument of ogene music and Igbo culture is the oja, a high-pitched handheld carved wooden whistle used for speech surrogacy and rapid-fire melodic interjection. In addition to ogene, oja and the group’s primary vocal performativity, the other instruments of a typical ogene ensemble are the udu (pot drum), ichaka (basket rattle), ekwe (handheld slit drum) and igba (skinned drum). These are all Igbo names – other language groups have their own names and forms for these or similar instruments.

This area of Igbo Africa and surrounds is rich in surface iron ore, and people there have been smelting, forging and blacksmithing iron since at least 750BCE. Blacksmithing is still an important craft skill in Igbo communities such as Awka, famed for ogene bell production. The clapperless ogene bell (and other African instruments using iron for sound effect) presumably arose creatively from the sounds of the work of making iron tools, adornments and weapons. While there are various ogene sizes, the most frequently seen in the music ensembles is a co-joined pair of hollow flattened conical bells held in one hand and struck for a wide variety of sonic effects with a short wooden stick wrapped at one end with rubber strips. All parts of the instrument, including the hollow interior and the iron bridge tying the two differently toned bells together, are skilfully beaten to generate distinctive sounds ranging from sharply percussive clanks to deep, resonant notes.

The music of the contemporary ogene ensemble, played by tightly gathered groups of seven or more men, is acoustic, terrifically exciting, joyful and impossibly appealing. The standing performers carry their instruments, directly address listeners and move toward and away from the audience with mysterious synchronisation. The lead man, usually differently attired to the costumed ensemble, declaims improvised phrases repeated in chorus by the other players, a kind of amplified duetting between one and many. He coordinates the group through subtle gestures, movements, quick looks, vocal exhortations and signal patterns played on the ogene he clutches, cradles and energetically pounds by turns.

One player carries the udu, a large empty water jug—earthenware or metal—that is patted at its opening with a foam-covered paddle to produce the steady deep whoomp-whoomp-whoomp that coheres the stochastic stops and starts of call, response, song and music. The ekwe player holds his small rectangular block of wood, with a long slit along the top and hollowed out inside to create a resonant chamber. He quickly taps the block with a short stick to produce a rapid flow of woody clicks that complement and accent the slow udu beat. A second ogene player duets the lead man’s playing and offers metallic undercurrents and accents to his pronouncements. The ichaka and igba players hold quiet much of the time, offering an occasional phrase but bursting into action when the group suddenly turns their backs, the sound explodes, and they dance away from the listeners. Just as suddenly, all but the udu heartbeat stops and the players turn to walk casually back to the audience to continue the performance.

The characteristic timbre and sonic effect of each instrument are independent, clear and evident to the ear but together forge a coherent emphatic sound field. Above and through this percussive ebb and flow, the high bright, lilting birdcall melodics of the oja cuts like a trickling flow of ice water. As well as tracing, riffing on and complementing the inventive speech of the lead singer, for the Igbo listener the oja sound speaks praise phrases, proverbs and dedications.

Held with both hands and played by blowing across its open top, the oja is a relatively small vertical flute/whistle carved from wood, with three finger holes. The three holes allow for eight combinations of closed and open but partial closures and sliding effects multiply the sonic possibilities, and different oja lengths produce overall lower to higher sound. Frequent dedicated practice is required to become proficient enough to intelligible “speak” with it through skilful manipulation of different pitches, note durations and tempos.

One of the hardest working ogene crews I’ve come across in my online wanderings is “Ogene Ndigbo by Ejyk Nwamba” who, as they proclaim, aim to bring Ogene to the World. Always filmed outdoors, with no electronic amplification and in a single uncut shot, each video blasts along for 15 minutes or more with the group occupying and enlivening urban street, farm track, parking lot, hilltop, bamboo grove, mine spoil mountain and big-house courtyard. They offer birthday wishes, praise to important people, and dedications to car makers or a local Malaysian mini-mart with equal ebullient energy and flair. They’re not only masterful exponents of the tightly knit music, song and dance skills of their Igbo cultural form but have mastered the art of performing to the unseen worldwide audience behind and beyond the video cameras to which they passionately gift their remarkable music and proud culture. We should all be thankful. Praise to Prince Ejyk Obiano Prince!